How to Love My Neighbour Devotional: Day 5

“Rather, in humility value others above yourselves, not looking to your own interests but each of you to the interests of the others.” - Philippians 2:3-4

Day 5: The Cost of Compassion

In the Parable of the Good Samaritan, we read that the Samaritan man not only stopped when he saw the Jewish man, but he took care of all his physical needs too.

He went to him and bandaged his wounds, pouring on oil and wine. Then he put the man on his own donkey, brought him to an inn and took care of him. The next day he took out two denarii and gave them to the innkeeper. ‘Look after him,’ he said, ‘and when I return, I will reimburse you for any extra expense you may have’.* -Luke 10:34-35.*

A denarius was a silver coin of the Roman Empire. We know that a day’s wage would be equivalent to a single denarius (Matthew 20:2), and so two denarii would be the approximate pay for two days’ labour. It was a full third of what a person could earn in a week. This amount of money would be sufficient to take care of lodging and food costs for a person for up to several weeks. It was not a small amount that the Good Samaritan spent to help the Jewish man, a man that he didn’t even know and belonged to a group who were culturally hostile.

Compassion cost the Good Samaritan. It cost him time, energy, money and perhaps even his image and reputation for being associated with the ‘enemy’.

But when love is the motivator, compassion is compelling.

Even when it seems like we can’t do much, compassion finds a way. 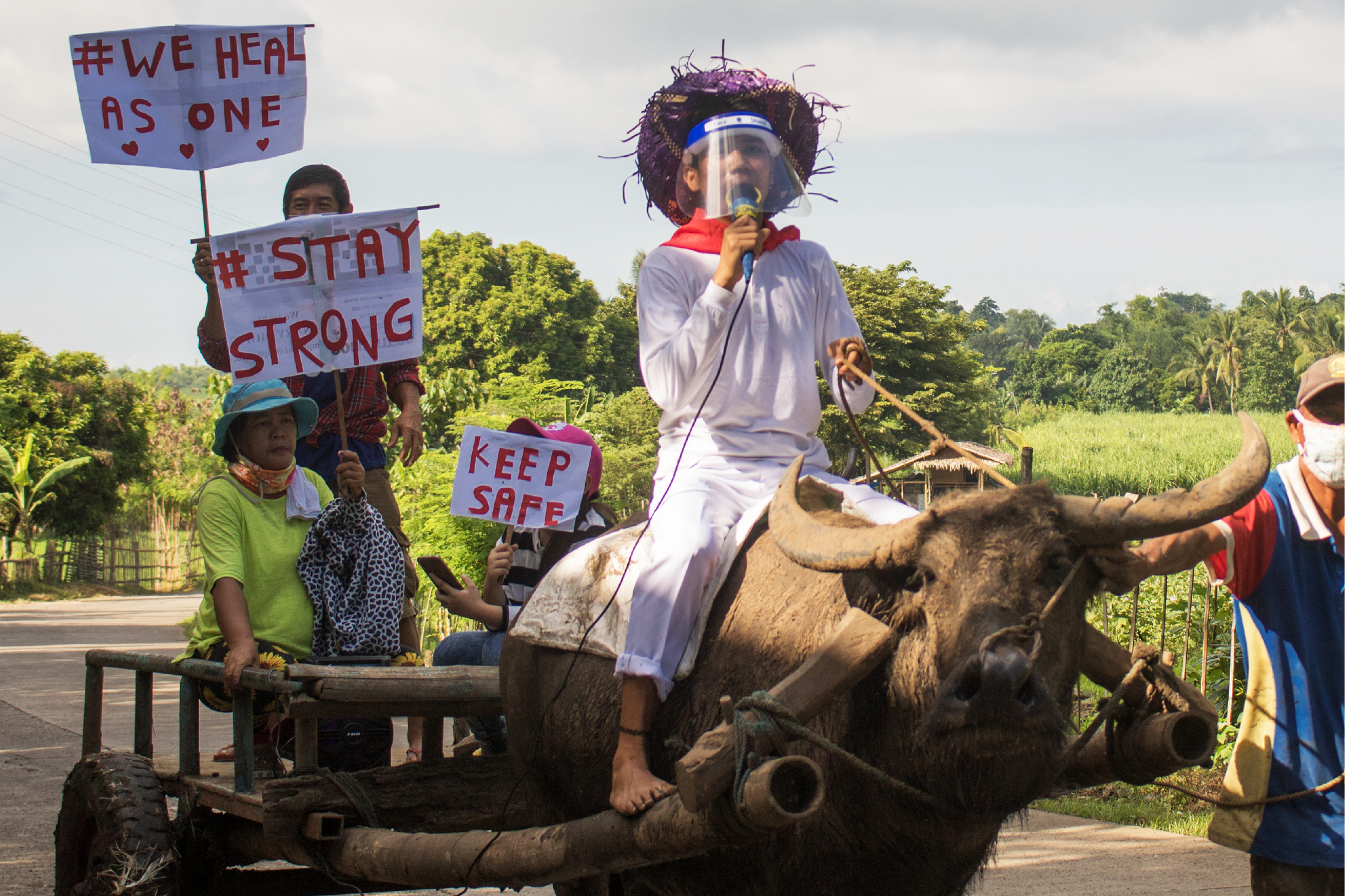 Twenty-five-year-old Romel felt his heart grow heavy at the spread of COVID-19 in his community in the Philippines. With little money to give to support those around him, he found a creative solution to buoy his community’s spirits and collect donations for those in need.

"I decided to put on a suit, borrow a mobile karaoke machine and sing while wading through the muddy, flooded streets," says Romel, laughing.

His karaoke efforts were well received. Romel managed to raise funds and collect material resources for people in need in his community and was even featured on a local radio station.

As a Compassion graduate, Romel now volunteers as a part time teacher at the child development centre where he was enrolled as a child. "The best thing about being sponsored was meeting the Lord and accepting Him as my Saviour,” he says. He dreams of one day supporting his local church and sponsoring a child himself.

"Compassion is the capacity to put love into action," says Romel. "This is what I believe."

Jesus showed us love in action when He crossed the barrier between heaven and earth to give His life for us on the cross so we could experience His redemptive life in this world and in the one to come.

It cost Jesus, but as Philippians 2:7 says, in humility, He took on the nature of a servant, not looking to His own interests but to the interests of others. Jesus Christ is our greatest example.

In Luke 10:37, Jesus references the actions of the Samaritan man and tells the expert in the law to “go and do likewise.”

It is a charge to us all. We too are called to be a good neighbour like the Good Samaritan.

To all people, both near and far.

How can you rely on Jesus’ grace instead of your own strength to help you follow His charge of going and doing likewise?

Lord Jesus, thank You for giving your life for me on the cross because of Your great love for me. Please help me to follow Your example of putting love into action and loving people despite the cost of the action. Amen.

What is one thing you can do this week to be a good neighbour despite what it might cost you?