6 Inspiring Women Who Changed the World for Good

Meet six inspiring women who have all played their part in changing the world. We hope they encourage you to consider the ways you can shine your own light for Jesus!

“Never be afraid to trust an unknown future to a known God.” 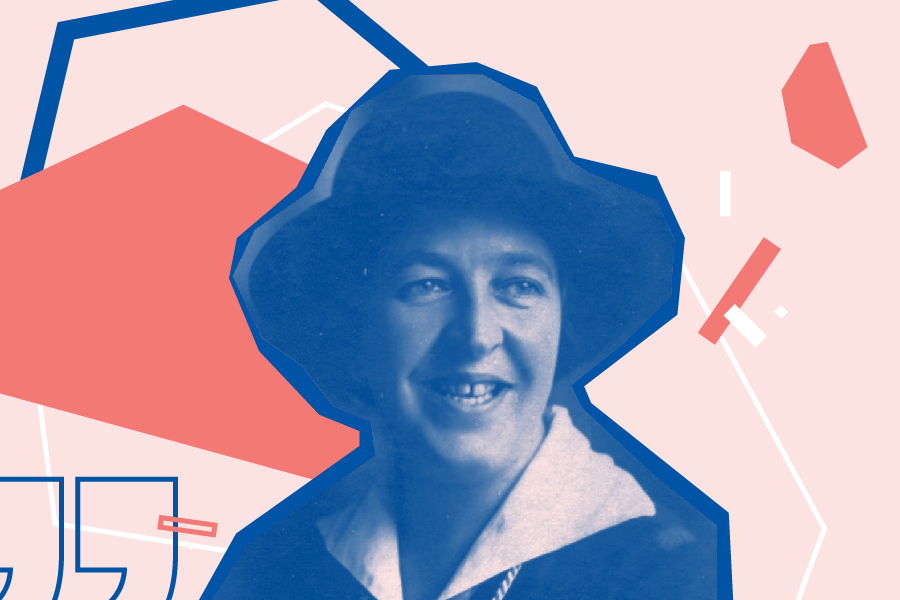 During World War Two, Dutch woman Corrie Ten Boom and her family helped Jews escape Nazi persecution by hiding them in their home.

A raid on the house led to the family’s separation and arrest. Corrie and her sister Bestie were eventually sent to Germany’s Ravensbrück concentration camp for women in 1944. Corrie was almost 50 years old.

Both devoted Christians, the two women held worship sessions after their long days of hard labour and ministered to others. Sadly, Betsie’s health deteriorated and she passed away. Fifteen days later Corrie was released by mistake- days later, the women her age were taken to the gas chambers.

Despite her traumatic ordeal, Corrie returned home and continued to help those in need, particularly people with disabilities. She also helped set up a rehabilitation centre for concentration camp survivors and the jobless. Despite her great losses, her heart was always ready to give.

This inspiring woman travelled across the world sharing her testimony and unwavering faith in God with others. Her book ‘The Hiding Place’ recounts her incredible story.

On her 91st birthday, Corrie passed away. What a life she lived.

“We should all strive to help, no matter how little we have.” 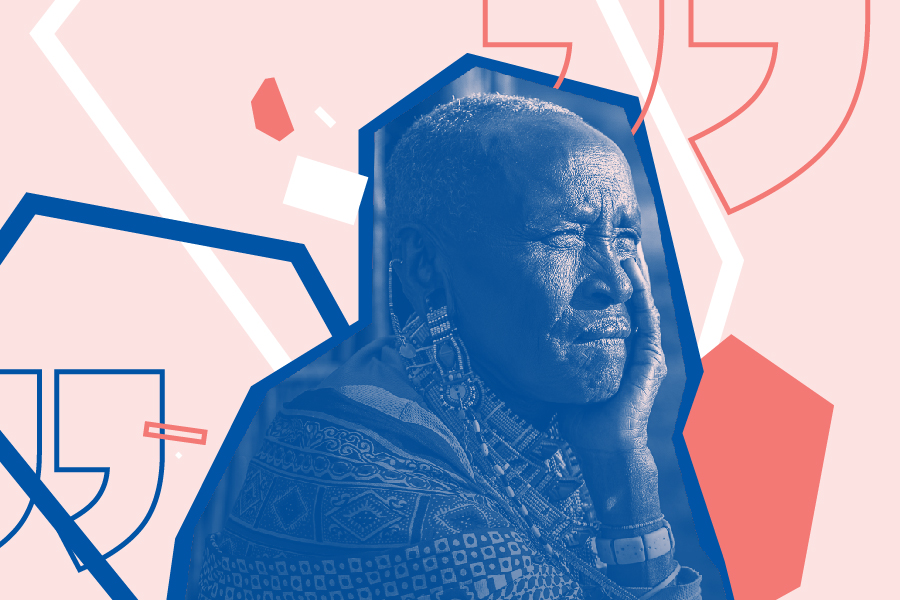 When you realise how little Nasinde has, only then can you understand how much she gives.

Nasinde couldn’t have children. In her traditional Maasai culture, a women’s role is to raise a family. “Without children, we are nothing,” she says. Her neighbours looked down on her and her husband hit her. Her grief was multiplied when he married another woman. Nasinde couldn’t bear the shame. She moved in with her brother and his wives, supporting herself by helping on his farm and selling beads.

Nasinde prayed that one day she would have a child. But as the years passed, her hope of being a mother faded.

But God heard her prayer. One day, her neighbours rushed into her yard, yelling for Nasinde. She reluctantly followed them into the bush and to a shocking discovery. Wrapped in a colourful blanket, his umbilical cord still attached to his fragile body, a baby lay abandoned.

Nasinde reached down and gently bundled him up, comforting him. Miraculously, apart from dehydration, he was healthy.

The newborn boy had been left to die in the wilderness. Although he was alone and in a desperate situation, God saw him under that bush and knew the best person to help him. Nasinde cared for the child while the police searched for his mother.

When they couldn’t find his family, they asked Nasinde to raise him. Although she barely had enough income to look after herself, she joyously agreed to raise him as her son. It is a privilege for Compassion and the local church to come alongside the two and help support them.

“We should all strive to help, no matter how little we have,” she says.

“There is no changing the future without disturbing the present.” 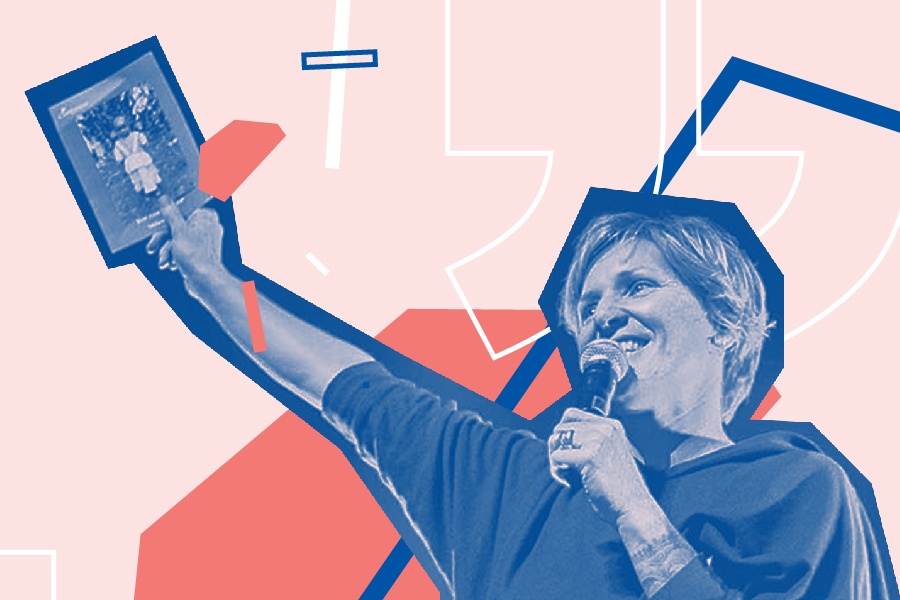 Danielle Strickland trains, advocates, and inspires people to live differently. As a Major in the Salvation Army, she’s helped create justice departments for the church and has launched global anti-trafficking initiatives.

As the author of five books and a sought-after speaker all over the world, this devoted follower of Jesus has planted churches internationally, equipping leaders and disciples. As the founder of Brave Global, she aims to empower and encourage girls at risk of human trafficking.

As advocates for justice, Danielle and her family are also passionate about Compassion child sponsorship. “Action usually starts with a small step,” she explains. “It might start with sponsoring a child or it could be helping your kids to engage in poverty. I’ve had a wonderful journey with my kids and sponsorship where I have been able to really invite them into justice as kids. I share with them and say, ‘This is poverty, this child is just like you, living on the other side of the world and you guys can connect and have a friendship.’ Social justice is about living our best lives together, the journey of justice always comes through relationship with the oppressed.”

“I love cooking meals for the Compassion registered children. It is my calling and my contribution to this great ministry and I’m grateful for the opportunity.” 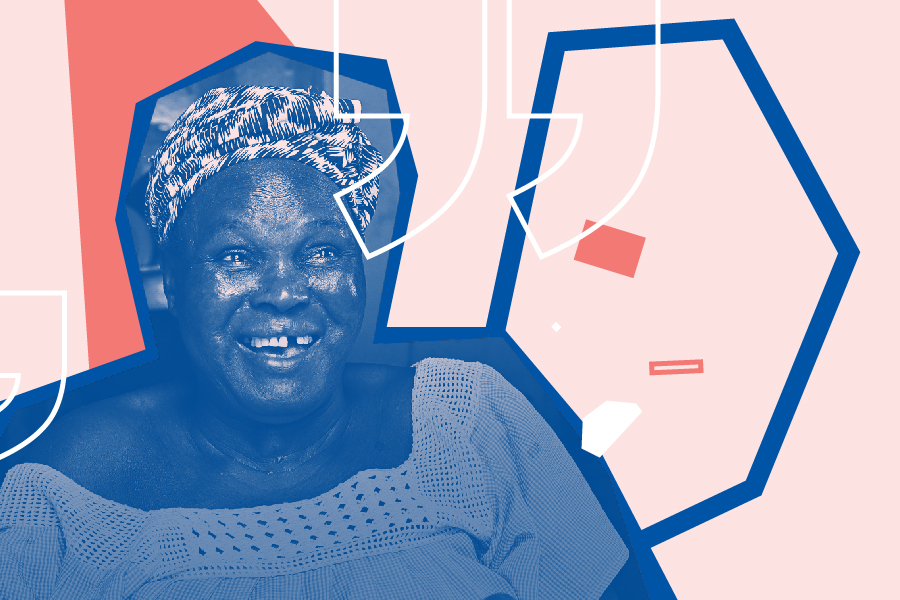 Maton Baro wakes at 5am every Friday and walks to the local markets in her neighbourhood in sprawling Ouagadougou, Burkina Faso’s capital city. She’s on a weekly mission to buy all the fresh ingredients she needs to feed hundreds of children at the nearby River of Love Child Development Centre.

“Morning shopping is cheaper than the daytime,” she explains. “And it’s the best time to purchase quality veggies and fruits.”

Maton, known affectionately as ‘Yaaba’ (‘Grandma’) by the children, has kept up the same routine since 2004, when she was first asked to be the centre’s chief cook. The children who were registered at the time have now grown up and many have graduated the program. For more than a decade, she’s nourished them not only with her (rightly) famous recipes but with laughter and warm advice.

“The best part of my day is serving food to the children. I see their smiles and enthusiasm when they eat. There is a great positive change in the atmosphere after lunchtime. It really makes my day to see children coming and respectfully saying to me, smiling, ‘Barka Yaaba,’ meaning ‘Thank you, Grandma’ after lunch or breakfast.

“I love cooking meals for the Compassion registered children. It is my calling and my contribution to this great ministry and I’m grateful for the opportunity.”

“My dream is to eradicate obstetric fistula. Forever. I won’t do this in my lifetime, but you can in yours.” 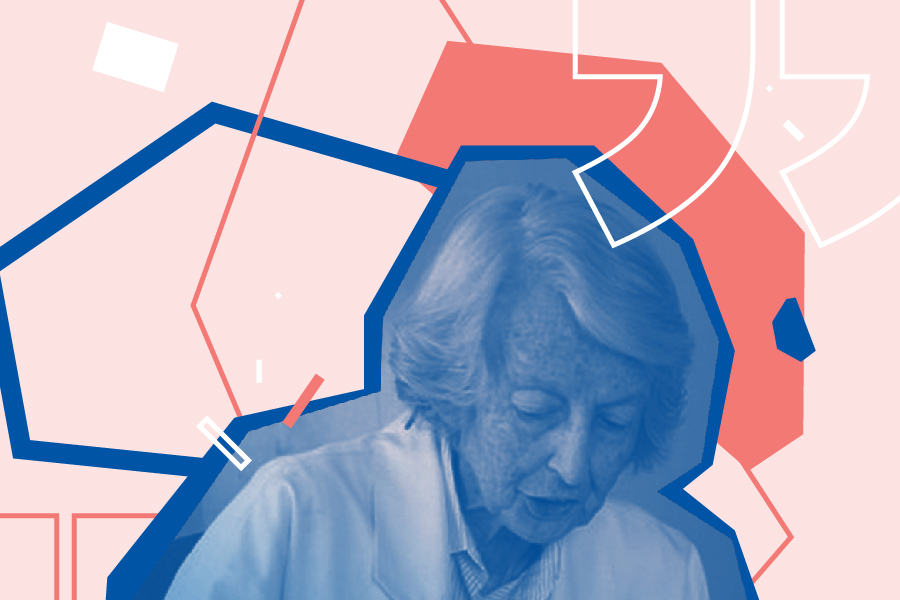 Now aged 95, Catherine Hamlin continues to advocate for the medical rights of women in poverty. Sixty years ago, Australians Catherine and her husband Reg went to Ethiopia to work as obstetrician-gynaecologists. After encountering a condition known as obstetric fistul: where a woman is left incontinent of urine or faeces due to prolonged, obstructed labour—their lives were never the same.

“We were touched and appalled by the sadness of our first fistula patient: a beautiful young woman in urine-soaked clothes, sitting alone in our outpatients clinic away from the other waiting patients,” says Dr Hamlin. “We knew she was more in need than any of the others.”

In Australia, the condition is rare. But the majority of births in Ethiopia occur without a doctor or nurse present: more than 3000 fistulas cases occur each year. At the time, there was little or no treatment available. Women were forced to endure not only the loss of their baby but the aftermath: humiliating incontinence which often saw them outcast. The Hamlins refused to turn their backs on these women.

They founded The Hamlin Fistula Foundation in 1974 to treat and prevent childbirth injuries, refining a surgical technique to close obstetric fistulas. Since then, Catherine and her team have treated over 60,000 women with fistula, restoring lives and giving women back their dignity.*

“I may not have a bachelor’s degree, but God has placed me here.” 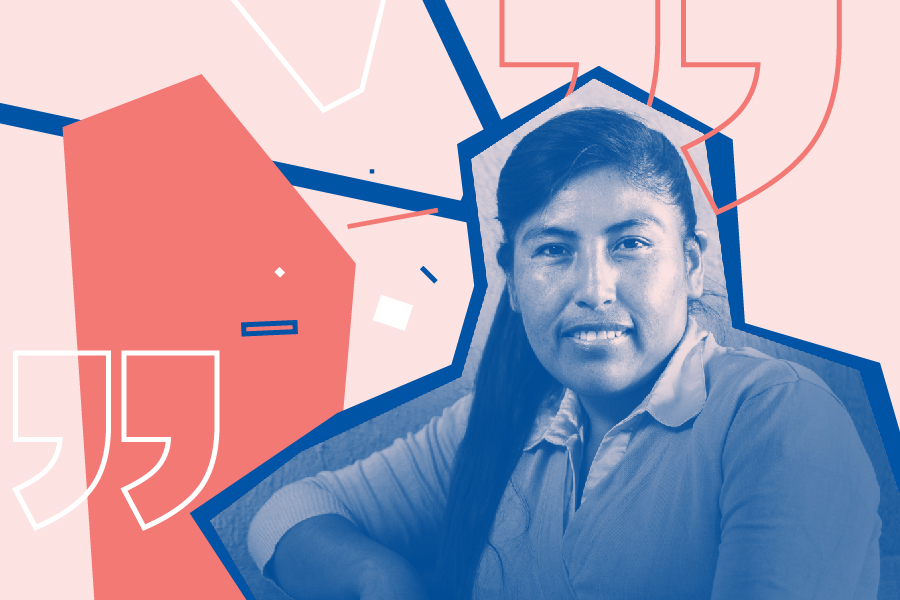 From Monday to Sunday, you’ll see Judyth at Villa Israel church at her hometown in Bolivia. You’ll find her surrounded by children, a beaming smile on her face. She’s in her element.

Judyth not only has a daughter and a son. As project director of Villa Israel church’s Compassion centre, she is also like a mother to the 355 children in the Child Sponsorship Program. She’s one of the many unseen heroes of Compassion.

“For me, it’s a joy to work at the project with the children. What encourages me is to share the Word of God with them and to be able to help them,” she says.

Her dream is to see the children break the cycle of poverty in their communities, grow in the Lord, and to serve Him for the rest of their lives.

She always has time for the children, whether they need help with their homework or a word of advice. She patiently listens and comforts and support them. It takes a special person to give so much of themselves, to so many.

“I may not have a bachelor’s degree, but God has placed me here,” she says.

From generosity, sacrifice, advocacy and courage—there are many wonderful lessons that we can learn from these six women. We can all make a difference: one small, kind act at a time.