A Shared Disability Brings New Hope For These Mums

Through Compassion’s Mums and Babies survival project, these two mothers were brought together, bonded through a shared disability—they are both blind. Now they’ve discovered their true value and what it means to be loved.

Looking at these two mothers is like seeing joy and light personified. Their shared grins, gentle hearts and caring natures emanate as they tend to their children, raising them with same the love they’ve come to know from the Father. But behind these pictures of happiness, these mothers of the same name also share the same challenge—they are both blind.

Rita de Cássia was born unable to see the world. She has no right eye, and the left eye is completely white—her eyelids constantly closed. Cássia’s every step has been mediated by other people, and she has always carried the fear of stepping in unfamiliar places. 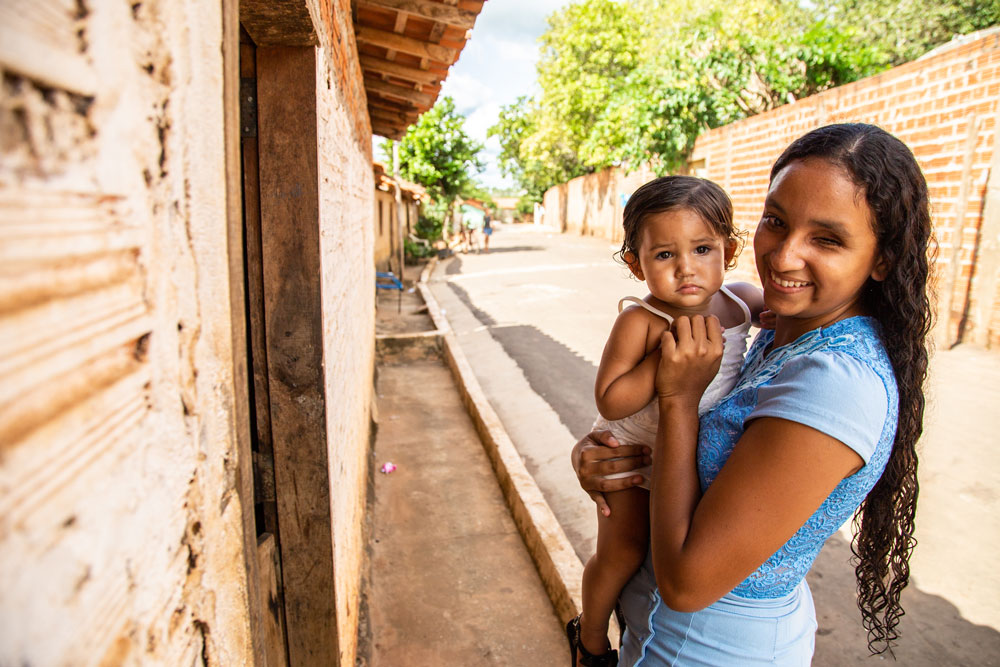 “One of the greatest sorrows in being blind is not being free to go where I want, and out on the street like everyone else. I’m afraid to walk on the street and step on the dogs and cats that lie on the ground. This has happened several times. I get scared and I know a lot of people that laugh at me, but I got used to living like this. I’d like to be free. But there’s nothing I can do other than continue living,” says Cássia. 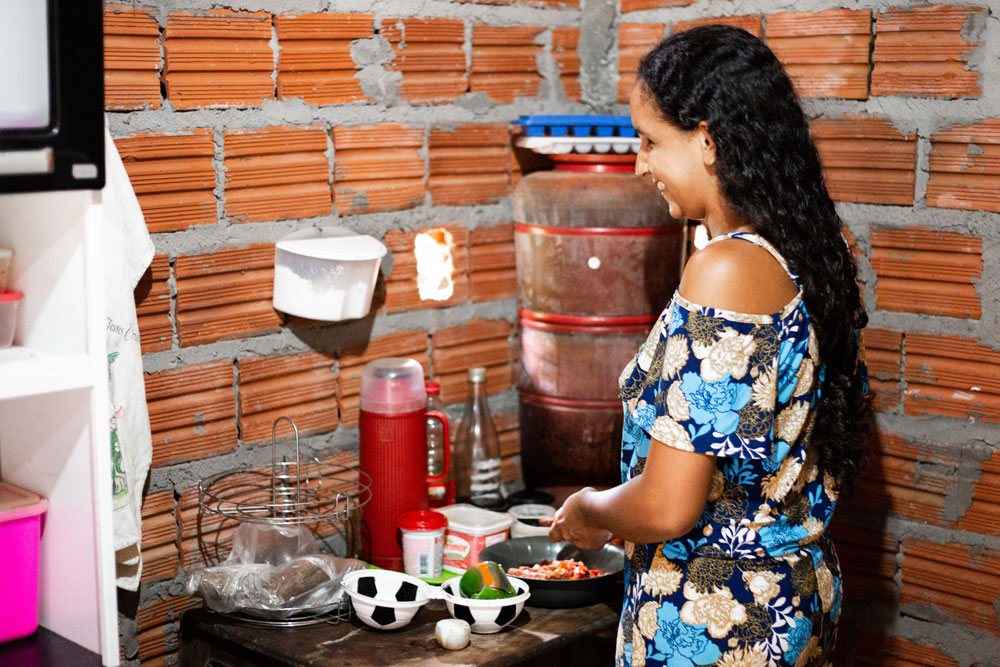 Throughout her childhood, Cássia wasn’t showered with the love of a family. She was treated like a burden, and her family kept her around so they could benefit from the financial assistance she was receiving. In a bid to flee mistreatment, she married and became pregnant at 18 with her only daughter, Revelly. It wasn’t until she entered the Mums and Babies survival project at Resgate project that her life began to change.

“Today my family is the project volunteers and my daughter, the person I love the most. When I feel sad, it’s only her laughter that fills my heart with joy,” says Cássia.

When Rita da Conceição was born, she could see the world and its colours, but soon began to experience vision problems. Conceição was diagnosed with glaucoma and underwent surgery in both eyes at the age of four to correct this. The surgeries left her with one blind eye and the other with partial vision, but after her parents didn’t take further action and public services were sluggish, she gradually lost her sight. 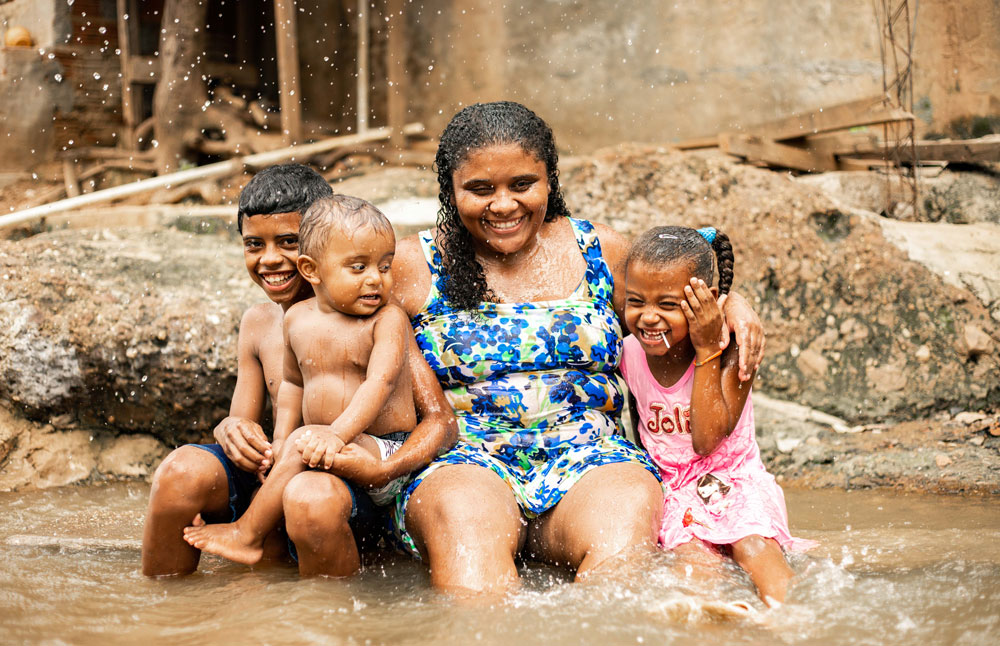 Conceição fell pregnant at age 14. Now at 27, she is married and has three children who are all supported by Compassion’s programs. After her firstborn was entered into the Child Sponsorship Program at the age of eight and she became pregnant with her second child, Conceição was one of the first beneficiary mothers to enter the Mums and Babies survival project. And during the pregnancy of her third child, she was granted an exception to enter the survival project once more.

“In the project, they take care of me as I’ve never been [taken care of] before. I love going to the project and talking to the volunteers. I know I can trust them for everything I need, including things I wouldn’t tell anyone else. I don’t know what life would be like without them,” says Conceição.

It was in the program that she was able to connect with Cássia, forming a bond that would help strengthen them in their challenges. 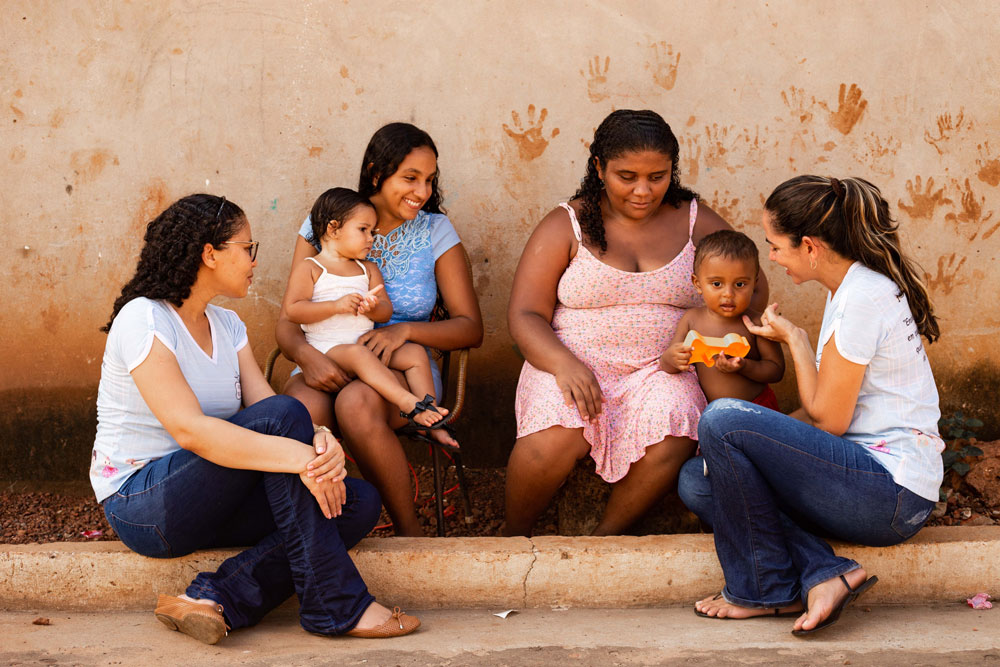 “Getting to know Rita [da Conceição] made me feel less alone in the world. The good thing about talking to her is that we are patient with each other since we know our difficulties. When we share stories, we don’t talk about things we see, but about what we feel,” says Cássia. 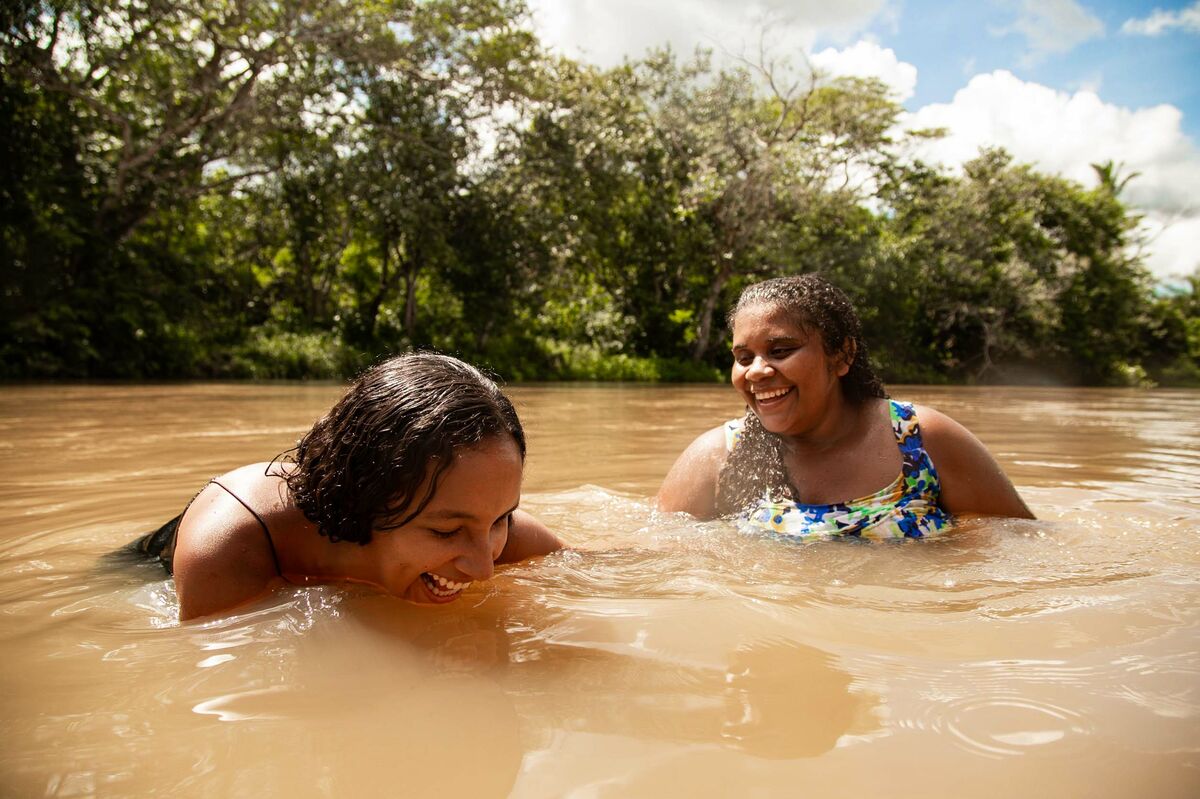 We’re grateful to God that these programs have been able to bring these mothers together in their daily walk, offering each other support and guidance as they raise their beloved children.

Give today to Compassion Mums and Babies and you’ll be helping to equip mums, dads, caregivers and babies at survival projects all around the world, giving them the skills and support they need for one of the most challenging phases of life—the first year. Because the first step to being released from poverty is survival.