He who was seated on the throne said, “I am making everything new!" Then he said, “Write this down, for these words are trustworthy and true.” —Revelation 21:5 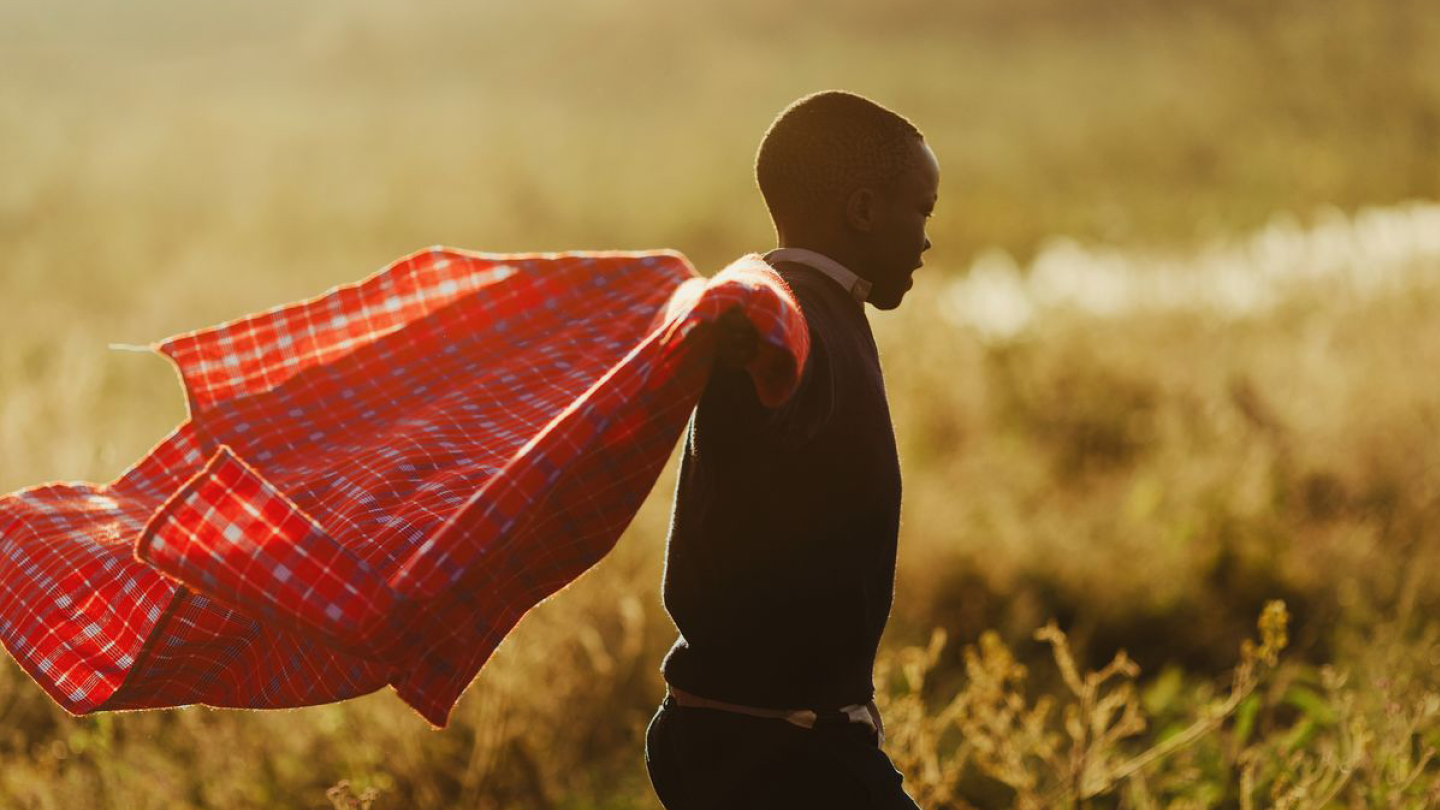 When Mary and the other women arrived at the tomb, followed by Peter, Jesus' body was gone. "They have taken the Lord out of the tomb, and we don't know where they have put him!" (John 20:2) Mary cries. Their hope had already been taken away and now they believed their Lord had suffered one last indignity.

But they were wrong.

Jesus was alive again. He had overcome death.

Through His resurrection, Jesus restored us to our place in God's family by defeating sin and death. He took the punishment for our sins, freeing us from the death we deserved. Now we can go to God asking for forgiveness, knowing He has granted it as our loving Father.

How should we respond to this not just good, but great news? We should do as Jesus' disciple Thomas did when he cried out in joy, "My Lord and my God!" (John 20:28).

We see this from Winifred, the mother of Niyonsaba in Uganda. The family's home collapsed after a storm and they were forced to move into her mother-in-law's home, where space and food were already stretched thin. Eventually, it seemed clear that Winifred and her family would have to leave and had nowhere to go. Battling relational breakdown, as well as financial and physical challenges, Winifred was at her wit’s end. It was then she reached out to the director of the Compassion child development centre.

In that hopeless circumstance, staff from the local centre were able to step in and not only help Winifred navigate the relational challenges, but also managed to provide the funds she needed to build a new home.

For Winifred, this seemed like a new lease on life. With land provided by her mother-in-law, construction on her new family home began. Within a short period, hope—and relationships—were restored. Winifred is grateful that God’s miracles have drawn her closer to Him and says she has learned that God can make a way for those who trust in Him.

“Many people may say there is no God, but for me, I have seen God with my eyes. I have seen Him do what I did not expect to be done," said Winnifred. "If my son had never been chosen to be in the Compassion project, then right now I would be moving up and down with no help. I have learned to trust God, to be patient and to know that even when challenges come, there is an answer. God is always aware."

The ultimate restoration of hope happened on the cross. Once and for all. From now into eternity. God is restoring all and "making everything new." We know this promise is trustworthy and true because of Jesus and what He has done for us.

Jesus is our living hope.

It’s a good day, because He restores hope!

Lord Jesus, You are my living hope. Thank You for not only dying for my sin in my place, but for rising again so I can have confidence in You. Please help me to trust in You and hold on to the future restoration You've promised. Amen.

God made lots of promises to His people throughout the Bible. What other ones can you think of? Did they all happen as God said they would? Take a look at Joshua 1:5-6. 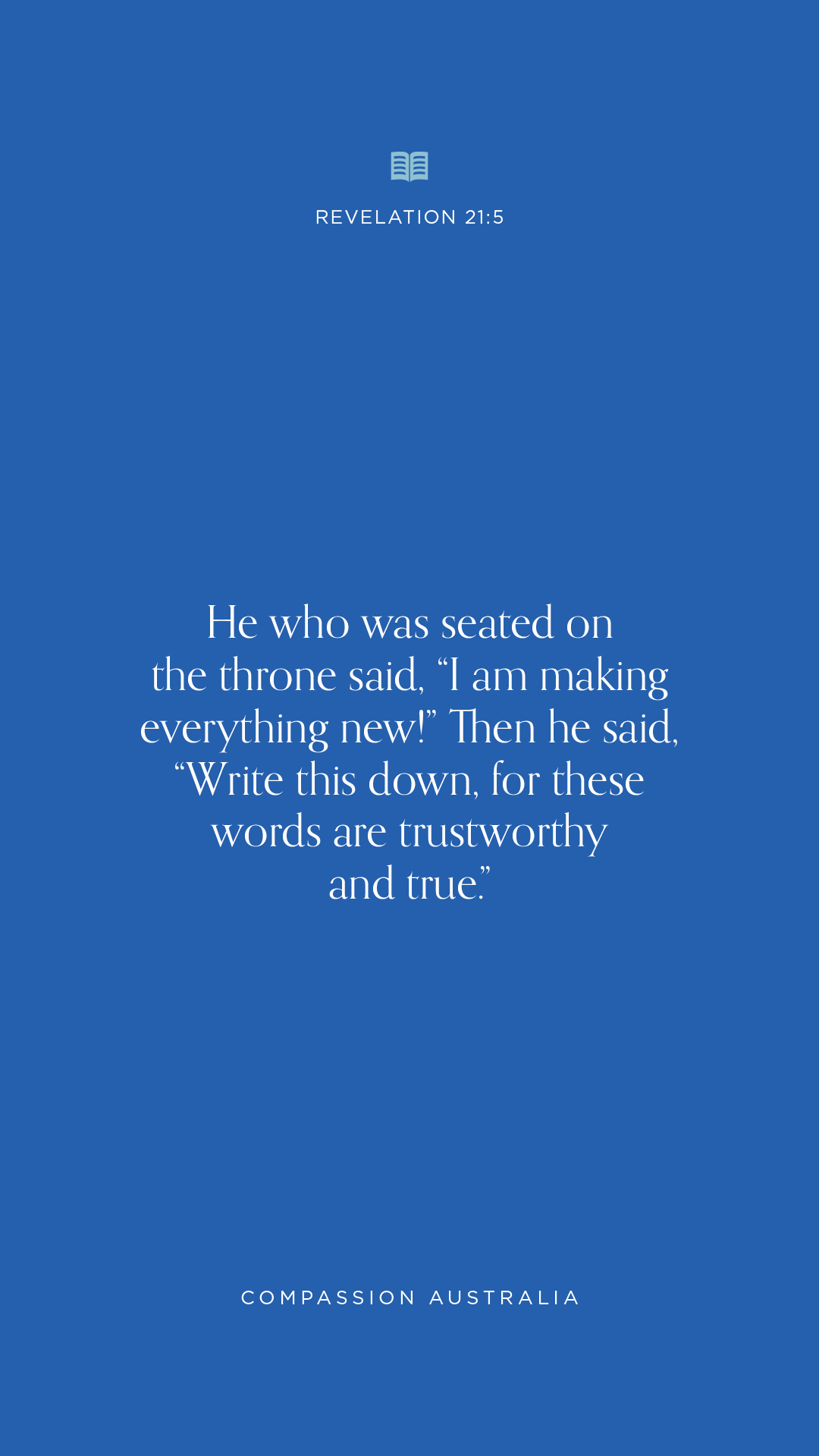 SAVE IMAGE FOR WALLPAPER