For Emanuel, education through his local Compassion centre paved the way for a brighter future. Discovering a love for welding and teaching, Emanuel and his family now live free from poverty. 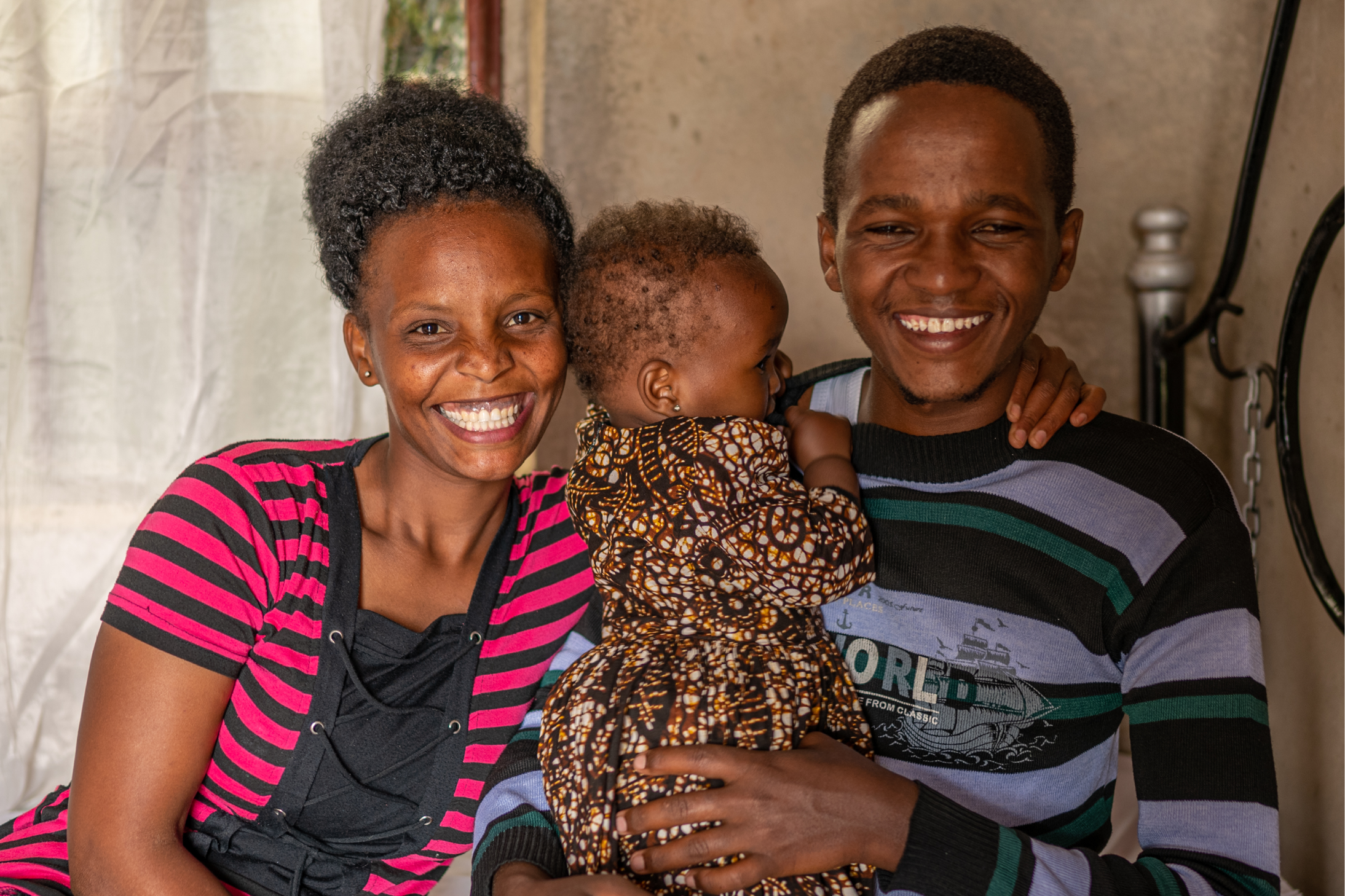 28-year-old Emanuel lives in Karatu, Tanzania with his wife Victoria and their two-year-old daughter Reyna. Living free from poverty, the family spend time together in their three-room brick house surrounded by Emanuel’s handywork. With two years under his belt as a welding instructor at his local Compassion centre, Emanuel utilises his skills to make his house a home for Victoria and Reyna.

Emanuel has built door frames and beautiful blue-edged windows for his own house, but there is one project he is particularly proud of: Reyna’s bed frame. Every night, Reyna sleeps comfortably in her own bed, made beautiful by her father with decorative hearts. Emanuel calls the bed a “labour of love”, remembering the bare attic floor he slept on as a child before registering with Compassion.

A world away from the childhood Reyna knows, Emanuel spent his nights sleeping on the attic floor of his grandparent’s cowshed. The maize farm he lived on only produced enough harvest to feed the family for a few weeks, and Emanuel and his cousins were often left hungry. “Most of the time we only ate lunch, but my cousins and I were used to it,” he says.

Hosiana, Emanuel’s mother, did what she could to support her son, but with a small business selling milk, she could only afford occasional gifts of sugar and buns for the family. Years later, Emanuel has enough resources to be able to support not only his family but Hosiana as well.

“My prayer was always for my son to have a better life than I did. When I look at him now, I feel extremely proud and thankful to God,” she says. 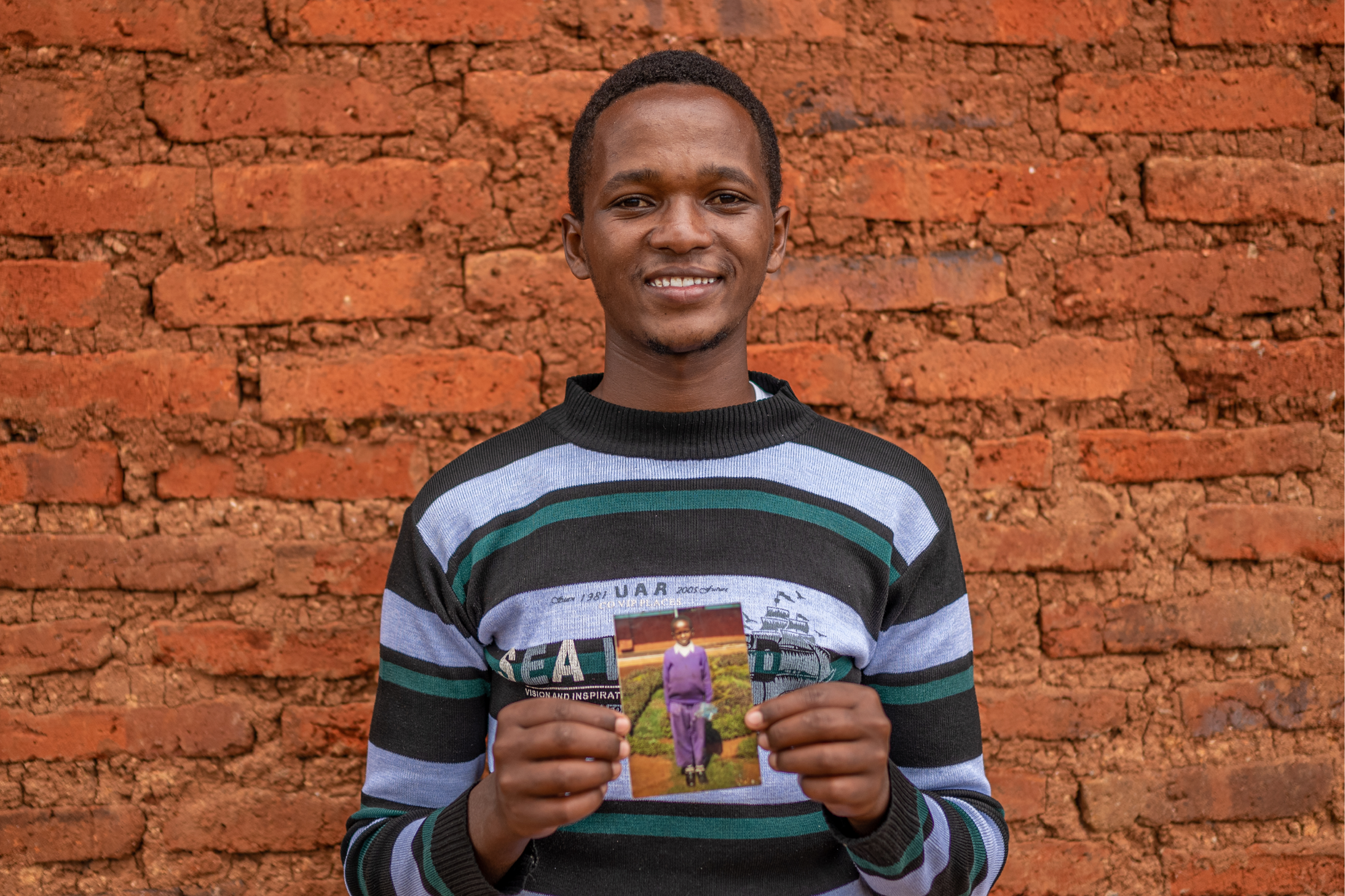 As soon as Hosiana learned that a new Compassion centre opened in Karatu, Emanuel was registered along with more than 200 other children. Once he was a part of the Compassion centre, things started to change. He no longer needed to worry about whether he would have enough food to eat as Compassion provided meals. He had new clothes to wear, shoes for his feet and any medical care he needed. According to Emanuel, the best part of all this was being enrolled in school for the first time.

“On my first day of school, I did not put my books and schoolbag down the whole day.”

Emanuel found so much joy in attending school that having no bed was far from his mind. Little did he know that he was about to receive a birthday gift from his sponsor. Upon receiving news of his gift, he immediately knew what to buy: a brand-new mattress. Emanuel says he could not wait to go to sleep the night he received his gift.

Emanuel now had food to eat, clothes to wear and a comfortable place to sleep, so he began to dream of what his future might look like. Every day he would watch his teachers at the Compassion centre, and he decided that he wanted to be just like them.

“The way [my teachers] cared for us made me want to be like them,” he says.

To become a teacher, Emanuel needed to pass his lower secondary exams, complete secondary education, and then complete a university degree. It would be hard work, but Emanuel had a dream to be a teacher and he didn’t see any other possibilities for his future.

While completing his lower secondary education, Emanuel discovered a surprising new interest that, unknown to him, would shape his future forever. Remembering that his teachers often encouraged students to learn a vocational skill, Emanuel joined his friends in a local welding workshop. While he still planned on studying to be a teacher, Emanuel found he had a real talent for welding and continued to enrol in holiday programs and welding workshops to develop his skills.

Despite studying as hard as he could, Emanuel did not receive the marks he needed to progress to the next level of his education. Disappointed, he began to wonder if he would ever achieve his dream to be a teacher, but the staff at Compassion encouraged him to persevere. Emanuel enrolled in a small college with a plan to gain a certificate and work his way up to a degree.

One year into his program, disaster struck. Emanuel’s dream of becoming a teacher was cut short when the government abruptly cancelled his learning program.

“I felt lost because teaching was the only career I wanted. However, my teachers at the centre encouraged me not to give up and advised me to shift my focus to welding,” says Emanuel. 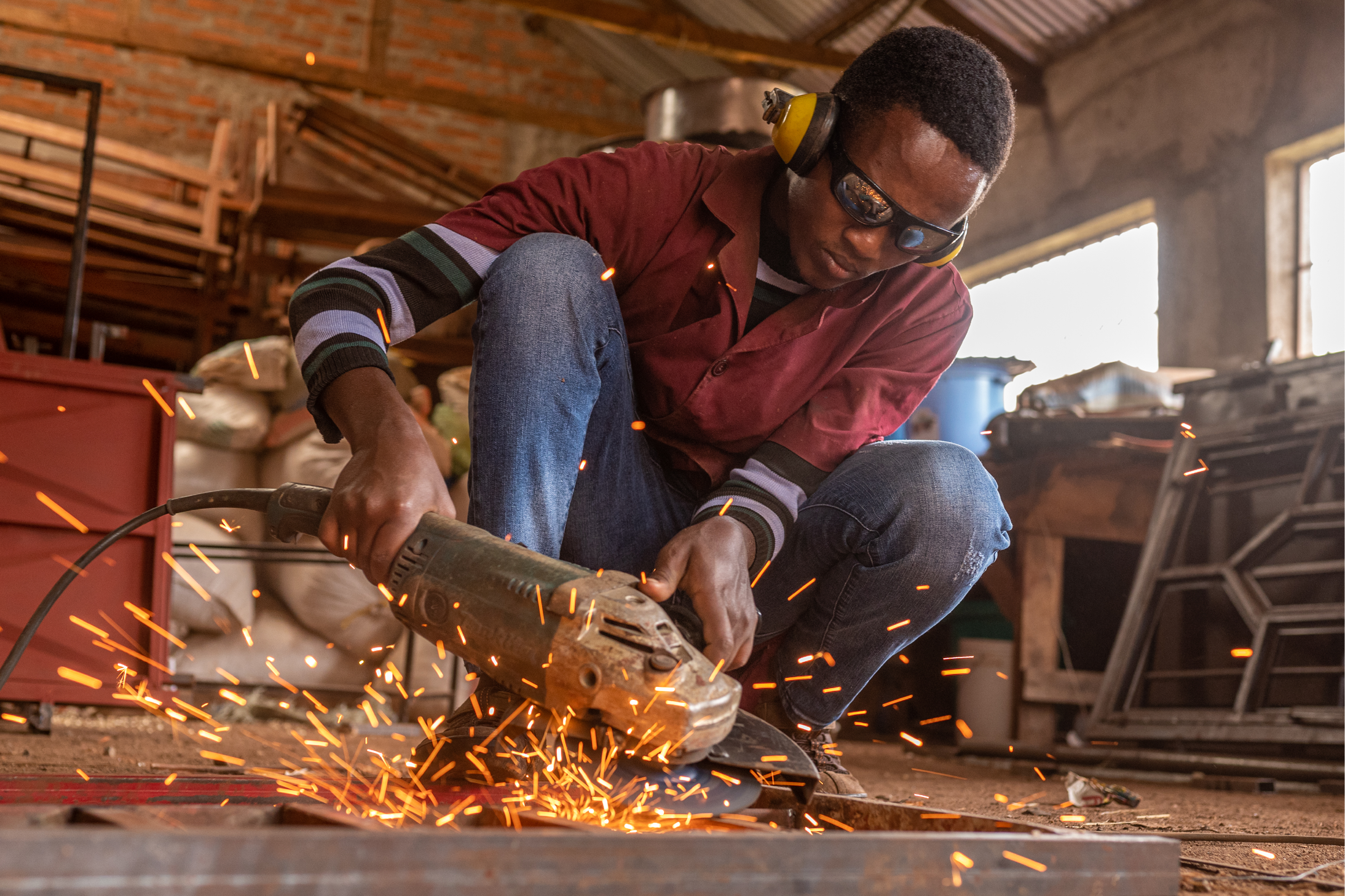 For the next two years, Emanuel committed to learning and growing his skills as a welder. At 23-years-old, he graduated from Compassion’s program as a skilled welder. He is now well known in his neighbourhood and often works on projects to support his local community. Most recently, he used his skills to build a playground at his church for the local children.

Emmanuel created a brand-new playground free of charge for the local community, and the children can’t get enough! “I see myself in all the children at the church. Every time I see them playing, I remember my childhood,” he says. 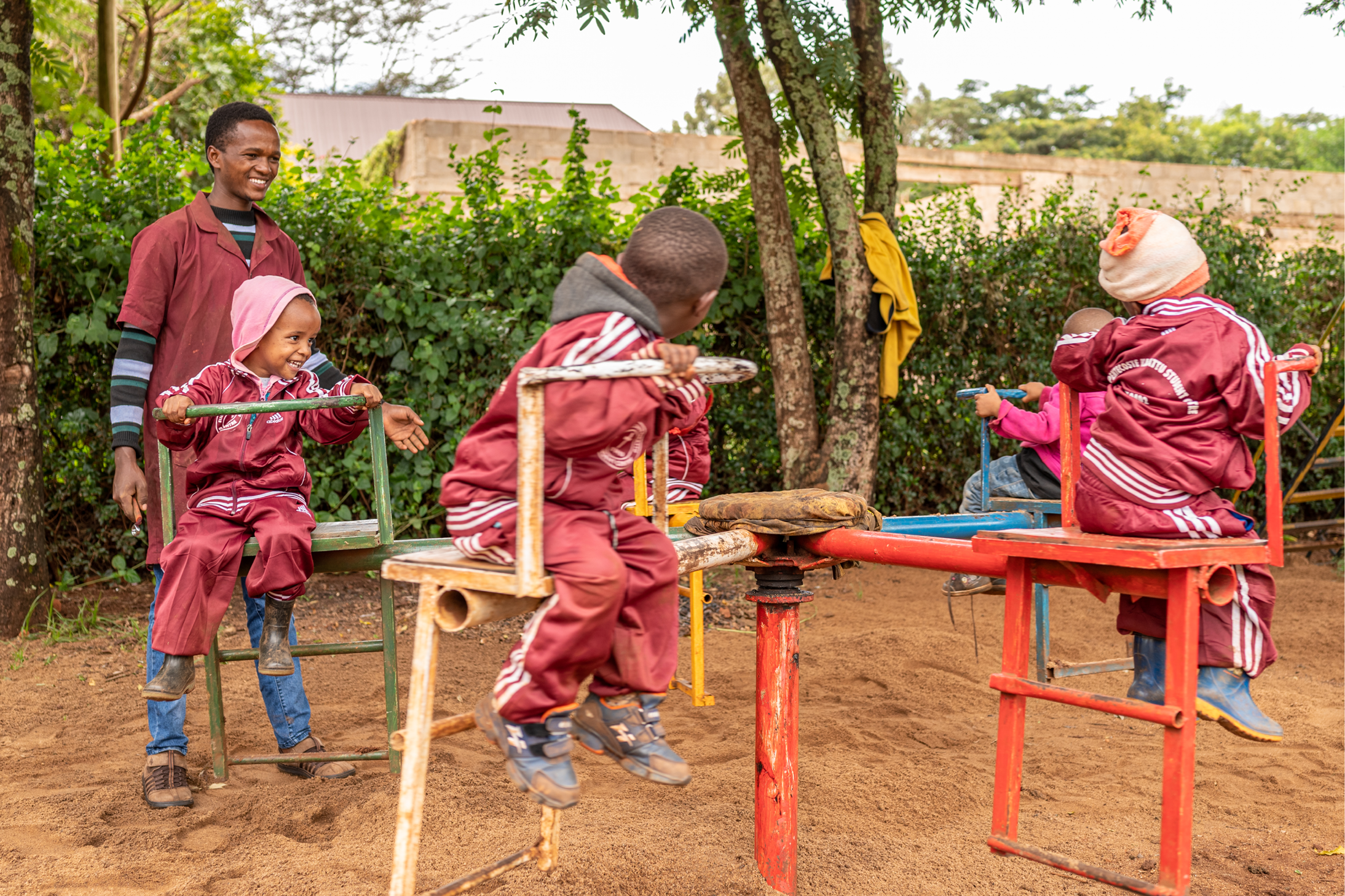 While Emanuel may not have become a teacher in the way he planned, he now teaches welding to teenagers every Saturday, with hopes that the training will support their futures in the way it has his. Most of the children at the Compassion centre come from a similar background to Emanuel and, with him as their teacher, they have a role model.

“My welding skill has enabled me to help my mother, grandparents and provide for my own family. I have built a home in the town where I always wanted to live, and I get to still do what I love.”

There are currently 258 million school aged children all over the world who don’t attend school. That is 258 million children who don’t currently have the same opportunity as Emanuel had to build his own future. The good news? You can make a change in a young person’s life!

“The person I am today is because of the help and support I received from the centre and my sponsor,” says Emanuel.

To give more young people the life changing opportunity of education, give today to our tax-deductible Restore a Generation Appeal.