One Family's Wonderful Response to a Devastating Storm

Iresha’s mother, Niluka, had deployed every bucket and container in the house to catch the water that poured through the holes in the roof but still the rain came. Iresha huddled with her sisters in the corner, in the driest spot they could find, shivering with adrenalin and fear.

More than anything, she longed for her daddy, but he was away, sleeping at the stone quarry where he worked carving rocks out of the hillside for a handful of rupees each day. The wind bit and battered at the house, sending blasts of water through the cracks in the walls. Iresha was just wondering how she could help her mother to keep the floor dry when a gust caught at the roof and ripped it free. All four of them—Niluka, Iresha, her sisters—stared open-mouthed up at the black sky.

Instantly the deluge filled the space where the roof had been. Niluka yelled to her daughters to get out of the house, and together they dashed through the trees and over the railway tracks to a relative’s place.

With her daughters safe, Niluka ran back up the hill to see what, if anything, she could salvage. The trees shivered and moaned above her. As she arrived at her door, a strange tearing noise made her look up—and she leapt back just as an uprooted tree smashed down on their home.

Standing in the dark and the unrelenting rain, she wondered, ‘Where will we find the money to repair our home? What will we have to sacrifice to put a roof over our heads?’ As a labourer on a tea estate, she knew she didn’t earn enough to buy new materials for the rebuild. Even with her husband’s income from the quarry, they wouldn’t be able to cover the costs.

Her hope was as thoroughly crushed as her home. 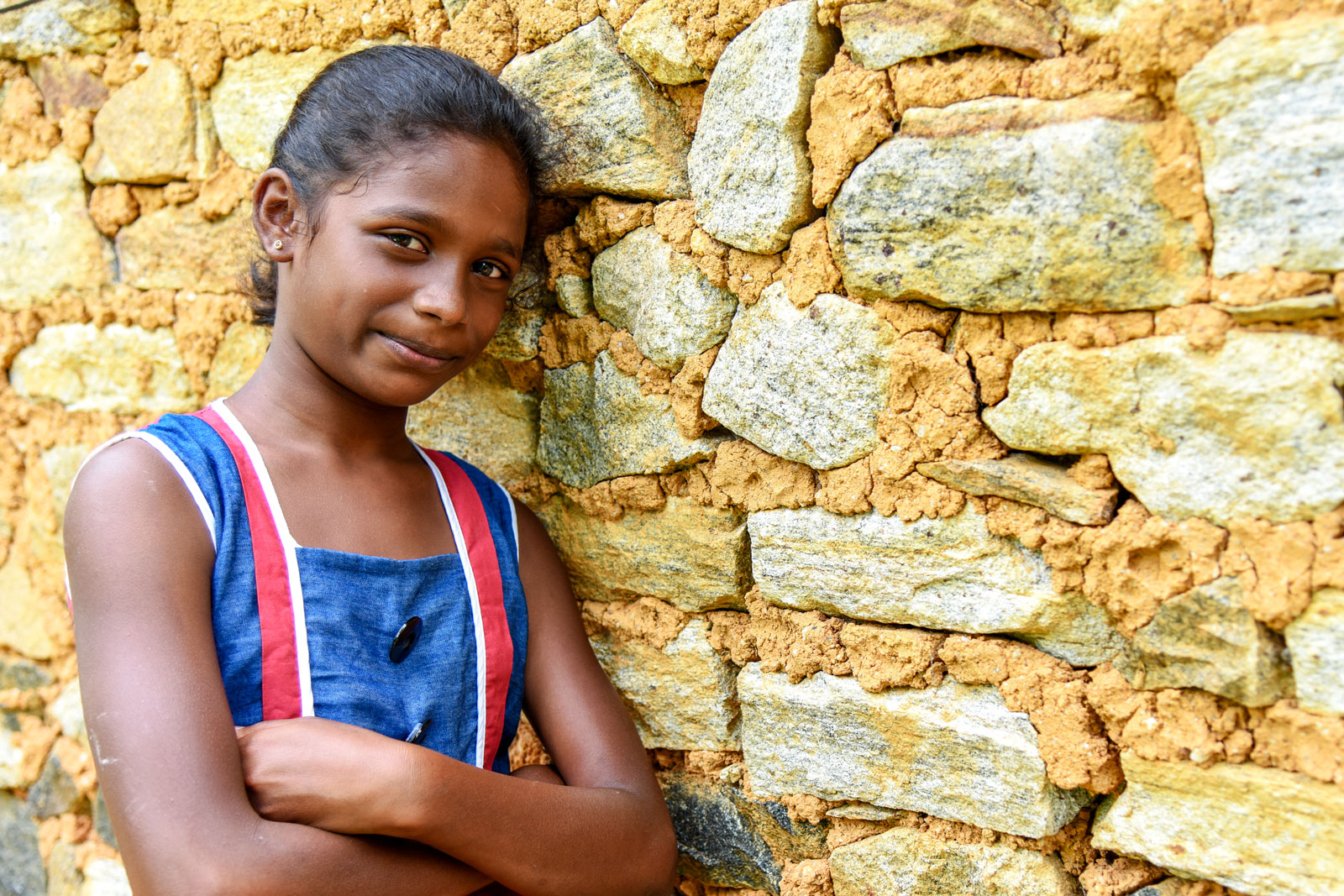 The next morning, Iresha and her sisters walked back with their mother to survey the damage.

“I was scared that night without Daddy’s presence, as he was in the quarry. I was devastated in the morning when I came to see what was remaining from the storm,” she says.

As the young family surveyed the wreckage, the director of the local Compassion centre that Iresha attends arrived. With him came a number of loving community members who joined with the family’s neighbours to clear the debris and salvage what they could. They also prayed together, asking God for a solution to the family’s predicament.

“With the support, my emotions went from bottom down to sky-rocketing up when everyone voluntarily helped my family,” says Iresha.

With natural disaster relatively common in her community, she knew that the neighbours would pitch in to help. But she was even more delighted when the centre director later told her that they had successfully secured extra funding through Compassion’s Critical Needs to rebuild the home. Niluka received micro-credit from her employers to contribute as well.

“My home was taken away from me, but this misfortune opened a whole new dimension to my world and way of thinking,” says Niluka. “[I know we are] blessed no matter how bad the situation may seem to us.” 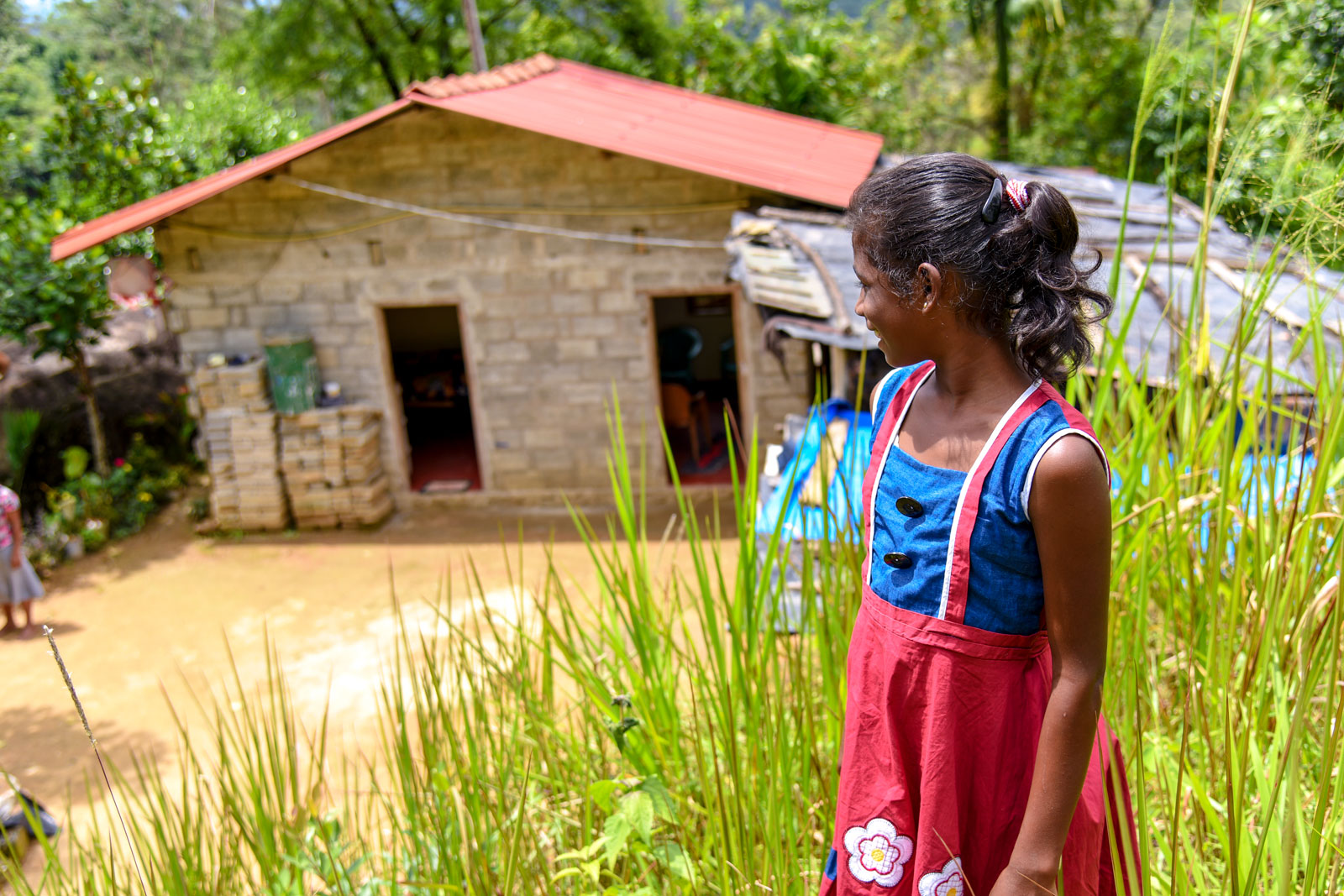 Iresha, then nine years old, was able to focus on her studies, confident that her home would be rebuilt, stronger than ever.

Now, one year on, the rainy season has come again. But this time Iresha can sleep while the wind howls and the rain falls, secure in a sturdy home. In the morning, she will wake and walk to school as the rain stops and the sun shines through.