The One Thing that Connected Abigail to God

The first memory Abi has of the Compassion centre at her local church in El Salvador is the first time she was asked to sing. That invitation to sing for her classmates made her feel special to God and the people around her. She was only seven years old then, but she hasn’t stopped singing since.

Abigail led her siblings through the dusty streets.

It was an hour-long walk to their grandmother’s house—but the walk would be worth it. It was the one place Abi knew they could get a meal.

Like many children in the Salvadoran community of San Luis Talpa, Abi was born to teenaged parents, unable financially or emotionally to adequately care for their children. She says that her parents fought constantly, and the little money her father earned was spent on alcohol. At night, since the family didn’t have their own house, Abi and her sisters slept at different homes of relatives.

“When I was little, one of my biggest dreams was to have my own bed and a closet for my clothes,” says Abi. 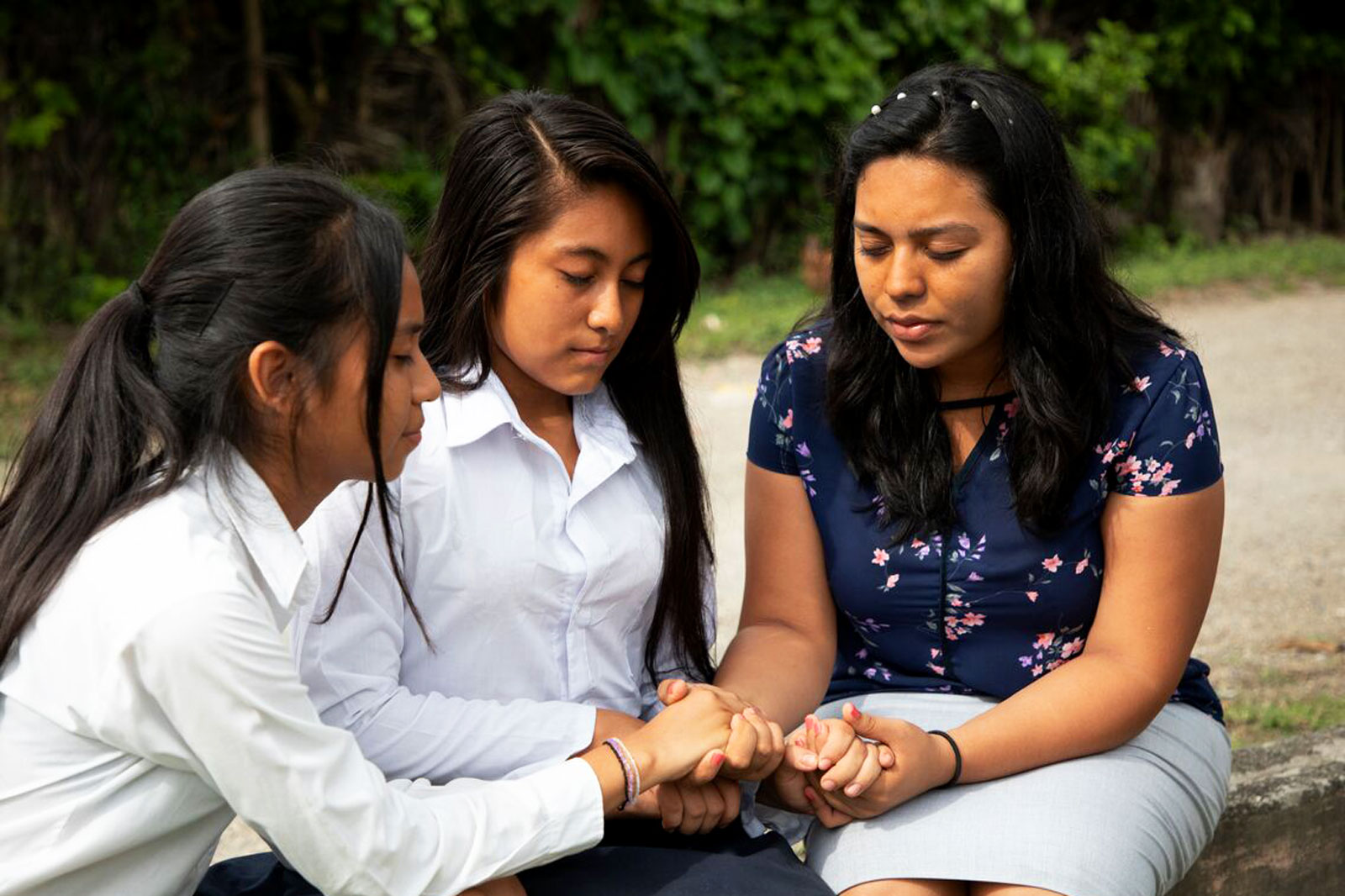 Abi leads some local girls in prayer. She loves to invest in the lives of children who face many of the same challenges she did.

Help came for Abi when, at four years old, she was registered with her local church’s Compassion centre—a place of stability in her chaotic family life.

“The centre at the church became my second home,” Abi says. “I went every day even though, officially, activities were only two days a week. There, I had regular meals and a quiet place to do my homework.” When Abi’s mother, who earned only US$3 a day selling pupusas [cheese-filled tortillas], was unable to provide her daughter proper shoes and supplies for school, the centre staff bought them not only for her, but also for her sisters.

But more important than providing for Abi’s basic needs, the staff gave her a sense of importance and belonging. They understood her challenges at home and always shared words of encouragement that brought love and hope to her life.

The clearest memory Abi has of the centre is the first time she was asked to sing during a group devotional. That invitation to sing for her classmates made her feel special to God and the people around her. At seven years old, she felt as if her world had come alive. She hasn’t stopped singing since.

Abi has been singing since the age of seven and regularly leads her church in worship.

“The tutor kept asking me to sing at devotions,” says Abi. “I felt that singing, even in the hardest times, connected my soul with God.”

When Abi was nine years old, she went to a music workshop. She also became a member of the worship team at the church. The staff and church family were thrilled to hear her developing her talent. And one other very special person in Abi's life—her sponsor, Bianca—was as well.

Abi was sponsored by Bianca for more than 10 years of her Compassion experience, and she says that her life was changed by this relationship, which gave her confidence and self-esteem. When she doubted her talents and abilities, the words in Bianca’s letters enabled Abi to see herself in a positive way. 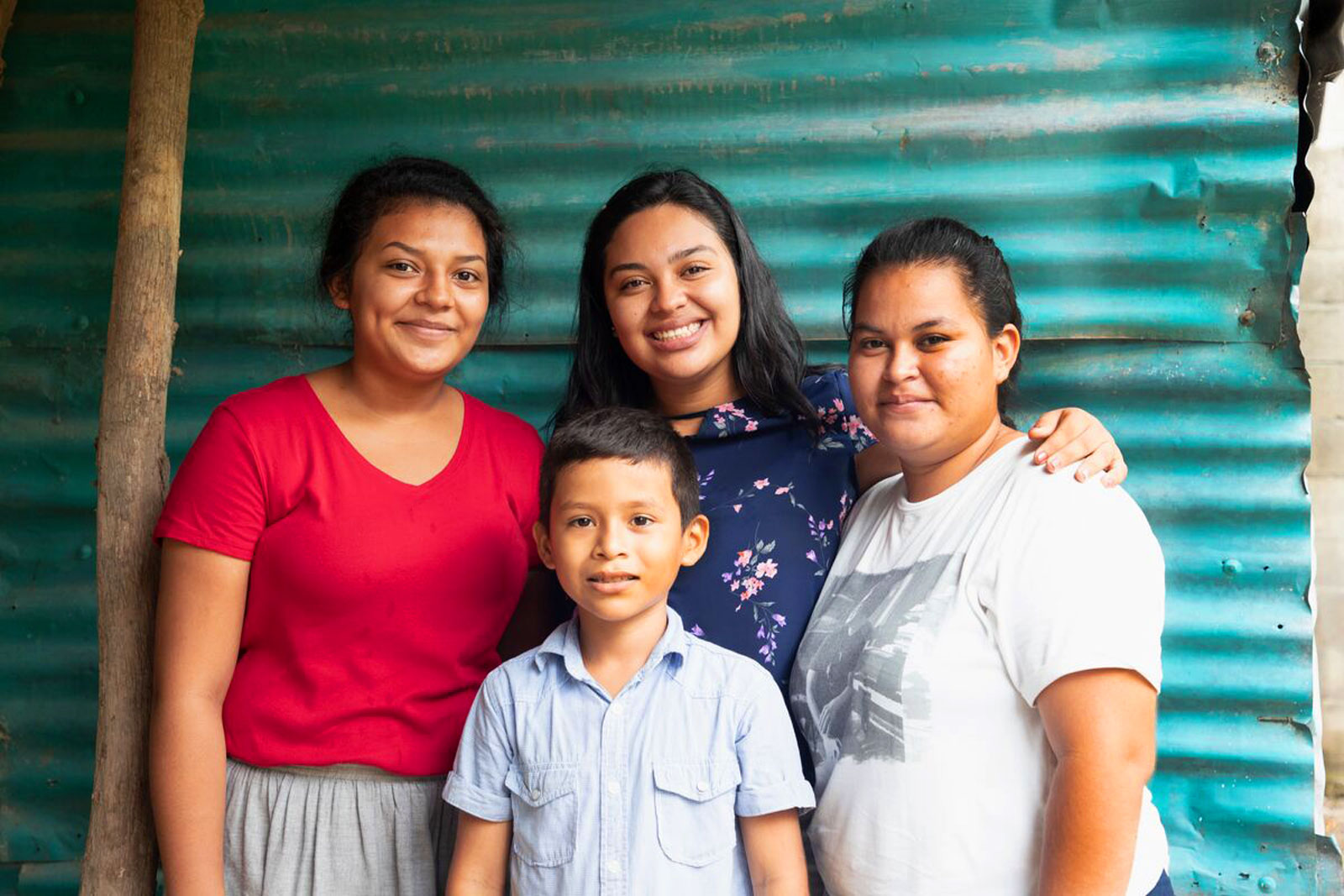 Abi (centre) with her sisters and younger brother.

“The communication with my sponsor helped me become the best singer I can be, because she always wrote that she believed I had a beautiful voice. She also shared with me her dream to someday meet me and hear me sing. “Each year, my sponsor sent me a gift that I used to buy a backpack for school. Without that gift, I would have had to carry my books in a plastic bag.”

Today, Abi works as a tutor at the same Compassion centre where she grew up. With her income, she helps support her siblings, and she is able to pay for classes at a university, where she is pursuing a degree in communications.

Abi is often asked to share her testimony and singing talent in her church and at various national and international Compassion conferences. Yanira Navarrete, the program director of the centre, says, “Abi´s life has positively impacted the community and represents all the work that [we do] in the lives of children.” 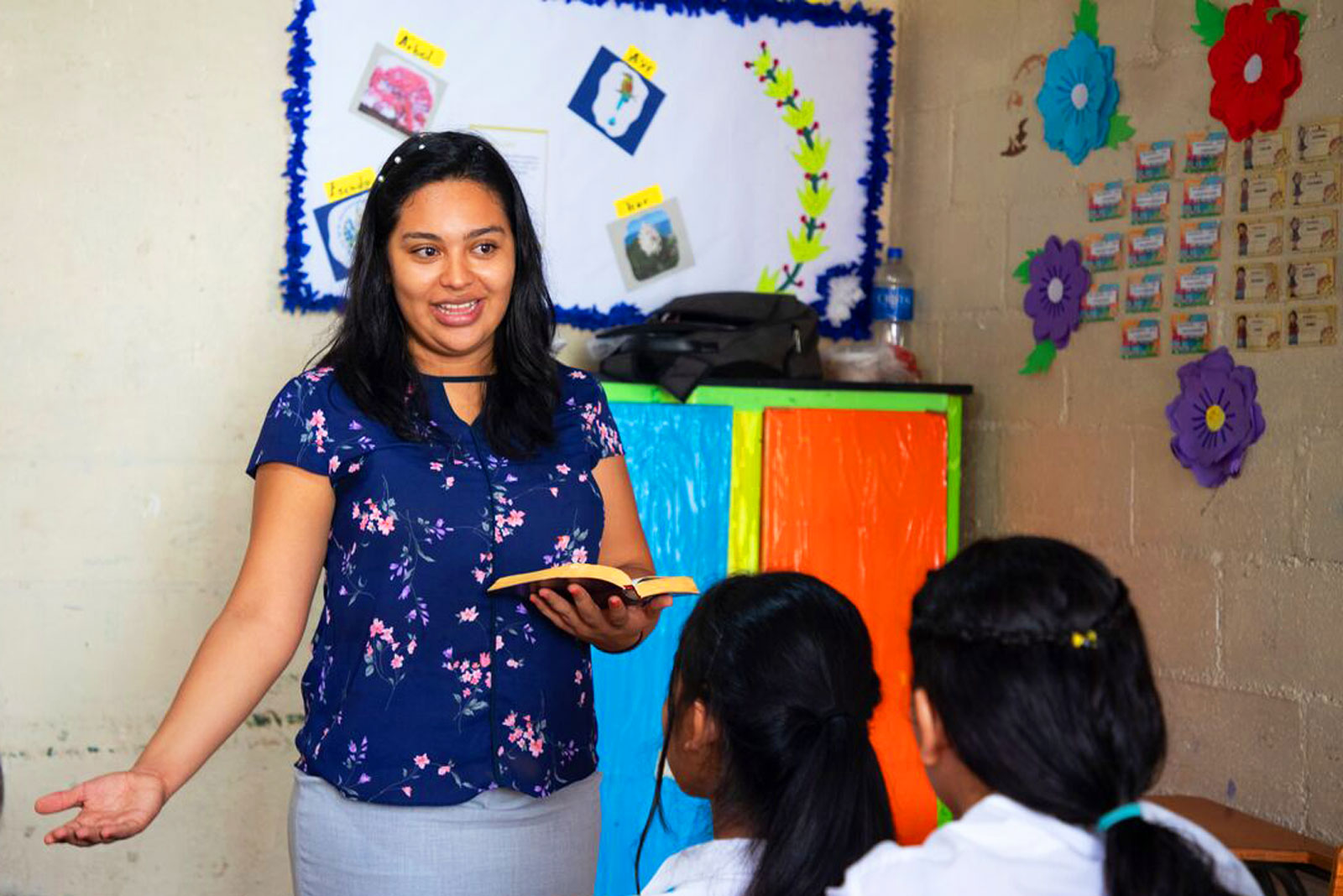 Abi now works at the child development centre that she attended as a child,encouraging and building up the next generation.

Beyond meeting her basic needs, the church has provided a place of emotional and spiritual nurture through the most difficult moments of her childhood and adolescence. Unconditional love and unwavering support from the staff and from her sponsor have helped her to overcome her circumstances, develop her abilities and pursue her dreams.

Sing to the Lord, praise his name; proclaim his salvation day after day.