This is How Hard Work Can Break the Cycle of Poverty

For Wilson and Juan David, vocational training through their local Compassion centre meant a way out of poverty and a new hope for their future.

Both Wilson and Juan David began their journey with Compassion as sponsored children. Wilson was just six years old, and Juan David is currently still enrolled at 16.

When he reached 14 years of age, Wilson was offered the opportunity to be a part of the welding workshop at the local Gethsemane Compassion centre, which he accepted and undertook for two years. After graduating from the program in 2008, Wilson was hired as the centre’s welding workshop instructor, where he taught students important business topics, such as entrepreneurship, administration, sales and teamwork. 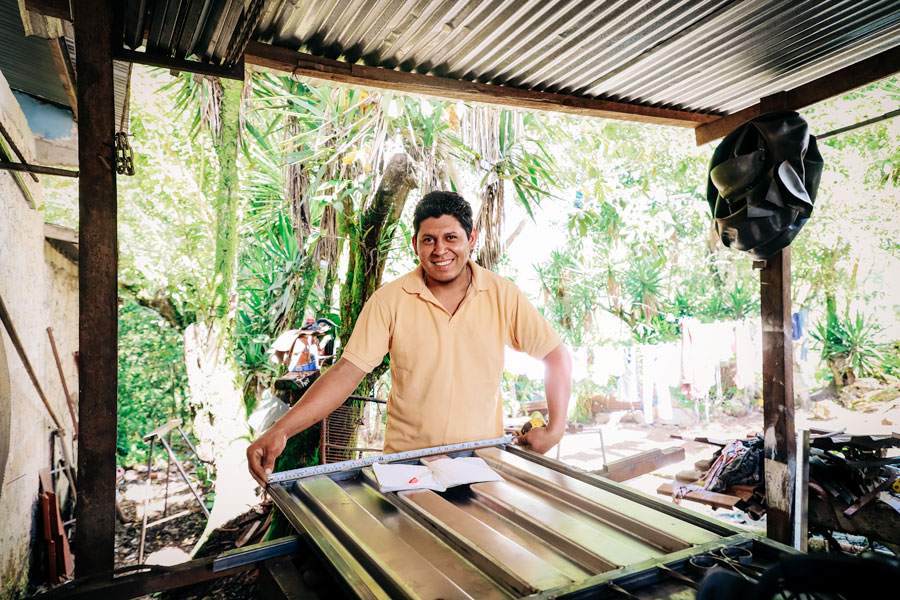 “I was honoured to serve as the welding instructor in my former Compassion centre. That was my first job, and I saved money to buy tools and iron materials to start my own business.

"I must say that opportunities like the welding workshop knock at your door just once, and I’m glad I embraced it,” says Wilson.

The skills he acquired serving at the Gethsemane centre allowed him to open his own business, which has become one of the busiest and most profitable welding shops in his community. Wilson is now famed for his creative designs in balconies, metal doors and gates, iron sheet roofs, and spare parts for bicycles and motorcycles. 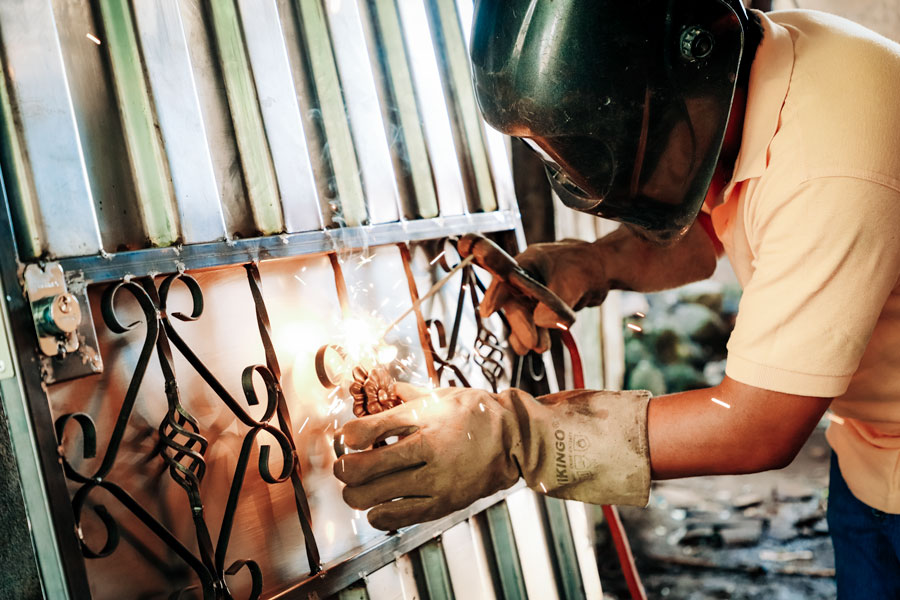 Due to the ever-growing popularity of his business, he had to leave his position as the welding instructor of the Compassion centre, but was pleased to train another beneficiary in his place. Ten years on and Wilson still visits the centre’s staff and church pastor who became his friends and mentors.

“I would not be who I am today if not for my journey as a Compassion child. I’m grateful that I was part of my former Compassion centre and had a sponsor who loved me. I was equipped holistically to overcome poverty,” says Wilson.

Juan David became a part of his local Compassion centre’s workshops at the age of 16, completing training in shoe repairs after three months. In his community, it is cheaper to take worn-out shoes to a local repairman – buying them brand new is considered a luxury. 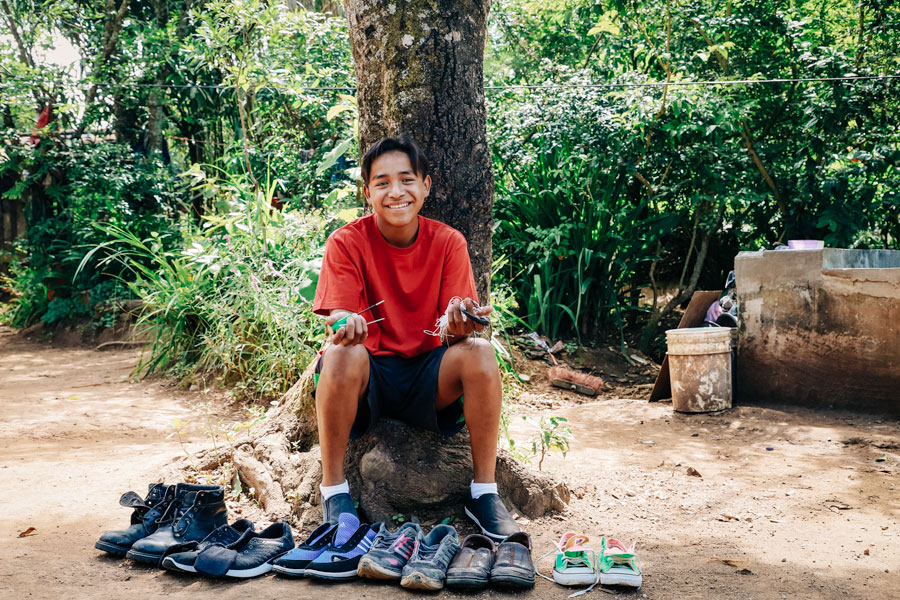 “Repairing shoes is not as easy as it looks. Sometimes, the damage to a shoe is irreversible, but I do my best to rescue pieces, because my clients cannot afford to buy new shoes. I hand-sew and glue shoes’ soles, which saves the day for most people,” says Juan David.

After completing his training, Juan David began offering his shoe repair services in the local market, earning between $3 to $6 per pair.

When he’s not repairing shoes, Juan is cutting men’s hair as he also completed barber training through the Compassion centre.

“I cut my neighbours’, cousins’ and even my grandfather’s hair. I do not take for granted the opportunities that the Compassion centre has granted us. I enjoy vocational training because I’m making money to get ahead in life,” says Juan David. 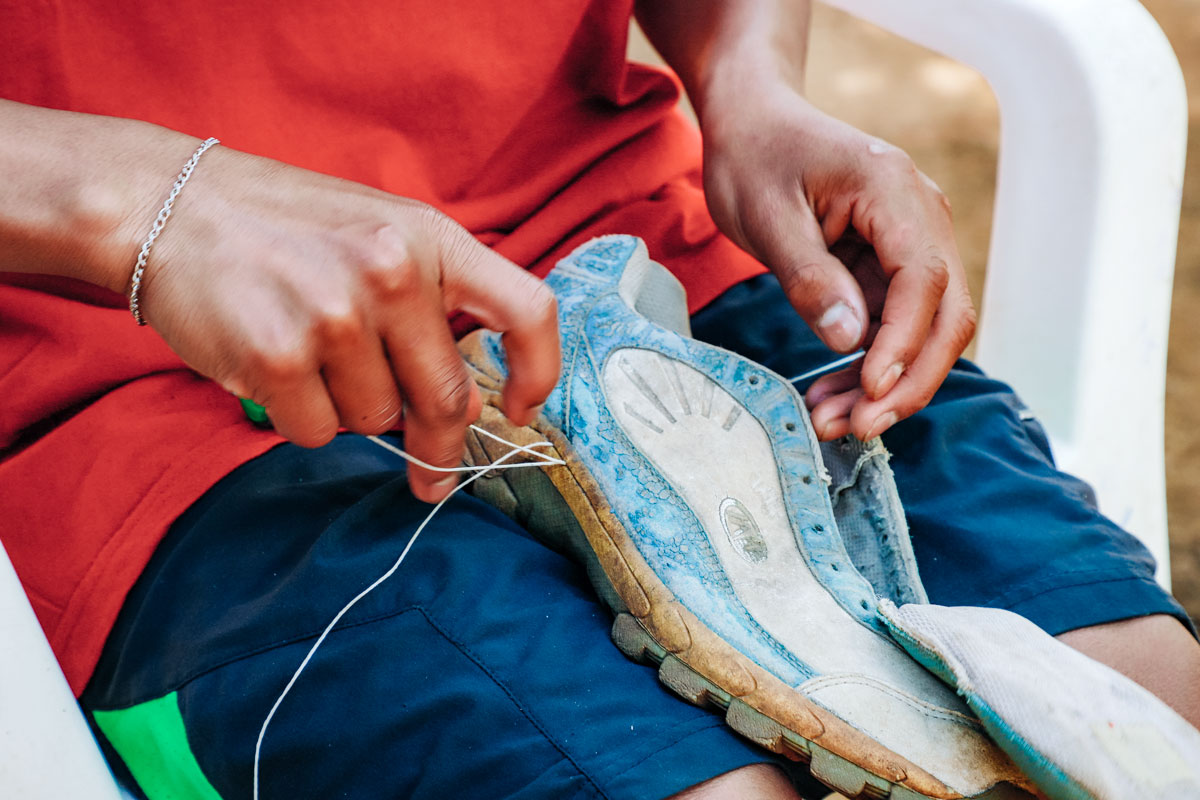 He’s a true multitasker at heart, and dreams of opening his own shoe repair shop, barbershop, or both, once he finishes high school. Within the next 10 years, Juan David hopes to become a businessman and offer job opportunities to youth with scarce resources like himself.

Wilson’s and Juan David’s stories serve as inspiring examples of how sponsorship can break the cycle of poverty, not just for the immediate children, but for the generations that follow.

If you want to be a part of changing the life of a child in need and make an impact on our global future, head to our sponsorship page to begin your journey.