What Happens to a Girl When Her Relatives Are All Prostitutes?

When Maria was a child, each woman in her family was a prostitute. As she approached her teens, she was pressured to join the family business, too. But Maria had a lifeline. It changed the direction of her life.

Even though Maria was just a little girl, she understood what was going on.

“I remember where she worked. It was a specific place. As soon as my dad left to work, my mother left to do her ‘easy work,’ too,” says Maria.

Maria, now 19 years old, looks back on this time in her life with sorrow. The family home was full of violence—her parents often fighting in the streets. Once, Maria’s father even threatened to murder her mother.

It was hardly a safe place for a child.

When Maria was nine she went to live with her aunt. But life didn’t get any better.

You see, Maria’s aunt and her cousins were prostitutes, too.

Thirty people lived in the small house. At first her family welcomed her, but as time went on Maria began to be mistreated. She was made to do all of the cleaning, cooking and washing. If she didn’t know how to do a task, her family were hostile.

Maria’s cousins also started working as prostitutes when they were 15. It was a family trade.

As the teenage years crept up on Maria, her mother and aunt encouraged her to join them.

Thankfully, she had a lifeline. 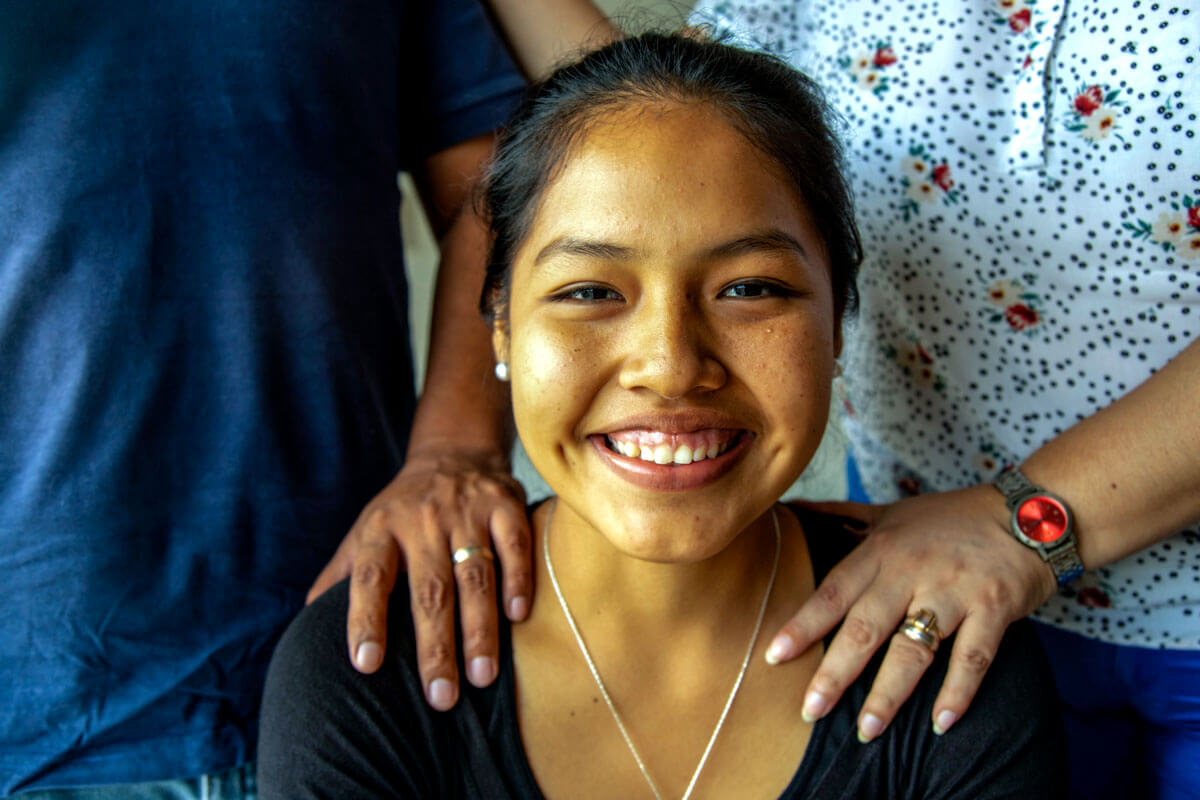 When Maria was seven, her mother registered her at the Compassion centre run by the local church.

The practical support she received, including food, medical care, school supplies and hygiene supplies, lifted a weight off her family’s shoulders. But the hope she received was priceless. While Maria’s home life remained challenging, her life started to change as God began to work in her heart and mind.

“What I remember the most is that the [Compassion] centre was a great help for my life, especially in the spiritual area. It helped me very much to know about God’s Word and to get close to Him. The tutors also helped me with advice and listened to me.”

Unfortunately, the Compassion staff weren’t aware of Maria’s living situation. She kept it to herself—but she knows who protected her all those years.

“It was complicated to witness all that [prostitution], but I always had in mind that I would never do that,” said Maria. “I know it was God telling me not to be that way.”

Despite the obstacles she faced at home, Maria began to dream and plan for her future. “I had been humiliated by my family since I was a little girl,” says Maria.

“They used to say, ‘You won’t graduate. You will get pregnant. You will be like your mother. You won’t make it. Your head won’t work. You won’t study.’ All of those words hurt, but I continued. The ‘Plan for Tomorrow’ we filled out at the centre helped me write my story. It helped me very much, and that’s why I’m here. It helped me organise my life and have the dreams I have now.”

‘My Plan For Tomorrow’ is a life-planning workbook that helps youth in Compassion’s program determine their dreams and set goals along the way. Having this plan helped Maria envision a different future than the one her family had mapped out for her. 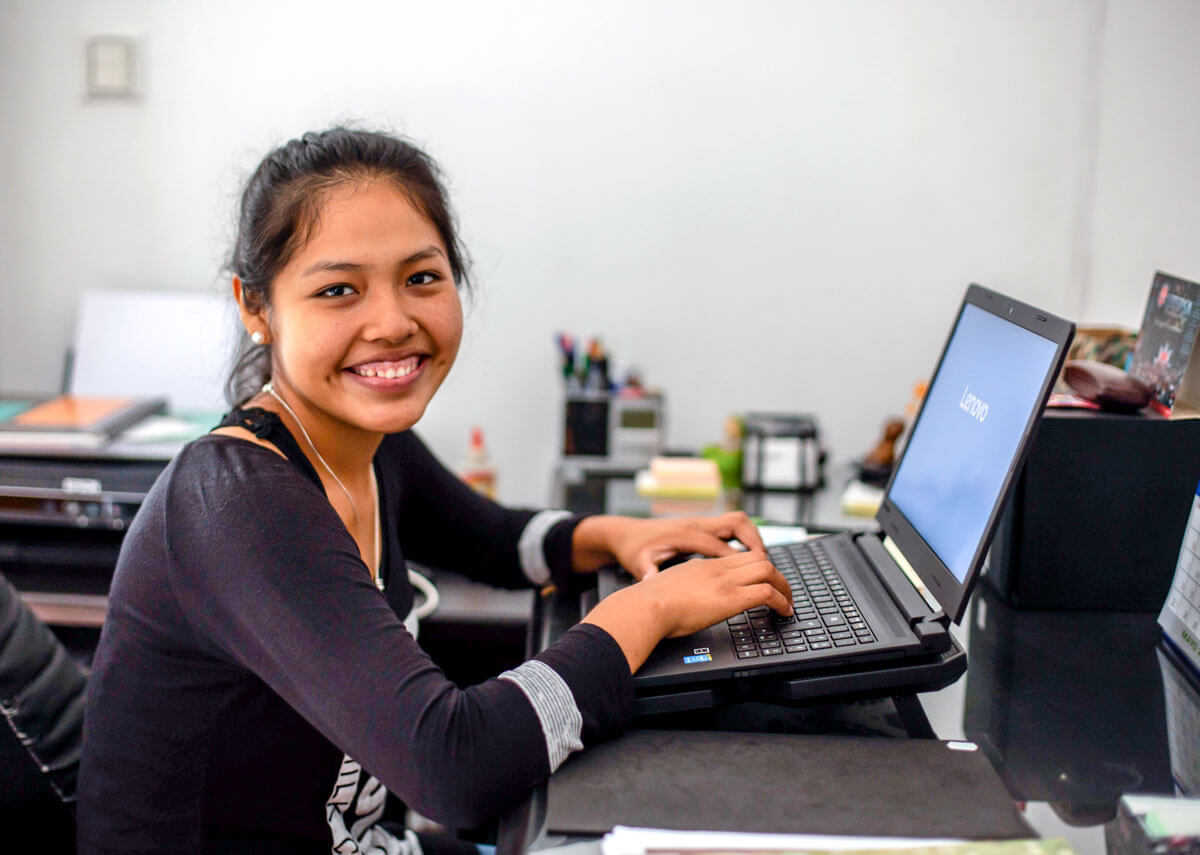 Her hard work and determination saw her graduate as the top student in her class. She received a scholarship to the Evangelical Private University, where she is now studying psychology. This amazing young woman has a heart for others, and wants to use her gifts to honour God.

“With my career, I can help people. I went through difficult times, and I feel I can help others, too. I know God can use me that way,” says Maria.

Last year, Maria finally felt comfortable enough to share her living situation with her pastor, Pedro, and his wife, Esther, who are both Compassion alumni. They immediately welcomed Maria into their home. 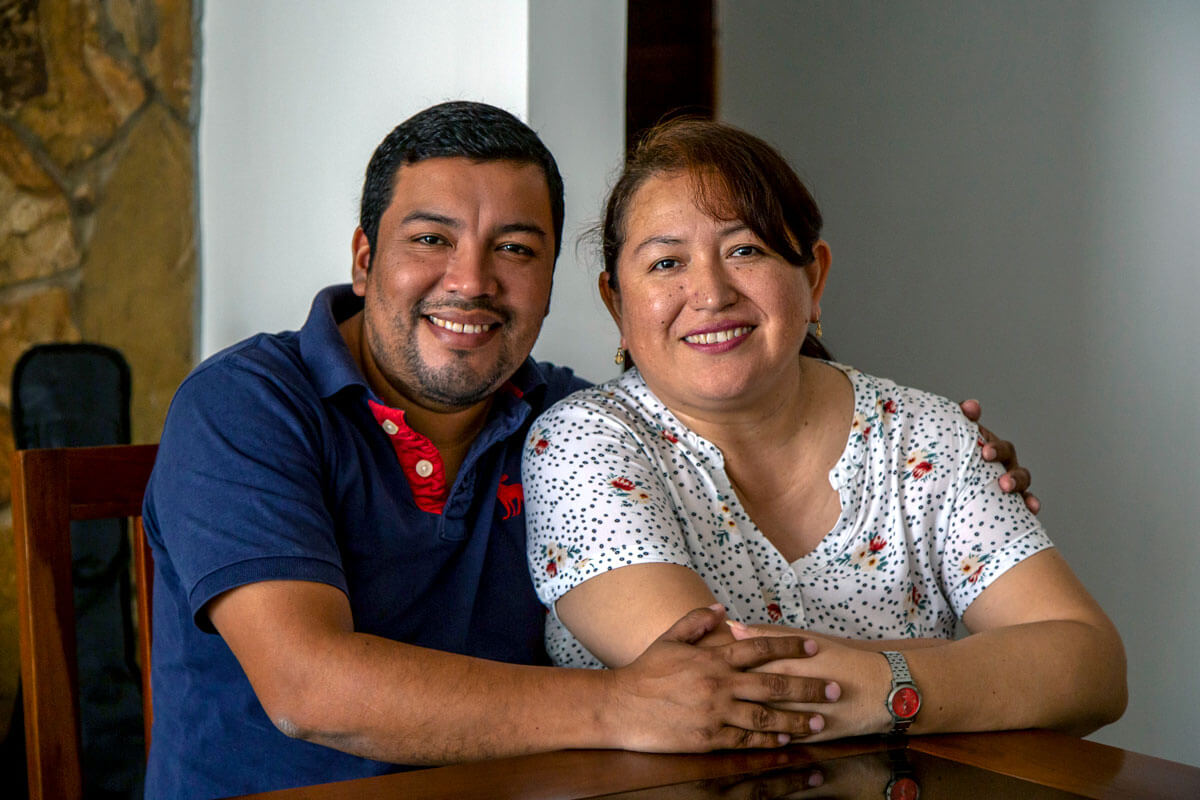 Pastor Petro and Esther welcomed Maria into their home.

Today, Maria has a safe place where she hears words of encouragement as she prepares for her future.

Through the guidance of Compassion’s local church partner, Maria has learned to forgive her mother. She now thinks about her mother with love, no longer resentment or anger. “If the local church never existed, I would be lost. The centre educated me and formed me into the person I am today,” says Maria.

“At home, there weren’t values. My parents weren’t there to tell me what’s right or wrong, so I am who I am thanks to God and the centre. Without the centre, I wouldn’t be here. I would be working in the same industry as my mother and I would probably already have several children.”’

Instead of life as a prostitute as her family had planned, Maria is a resilient and emotionally healthy young woman. She has found peace and joy. Maria is truly an example of how God’s love can restore a life.

Photos and words by Galia Oropeza