Frola and Rashid recently made Tanzanian history when they became the youngest winners of the country’s ‘Best Actor and Actress’ awards—against all odds!

Frola and Rashid are 11 years old, go to the same school, and were registered at their local Compassion centre on the same day five years ago.

As they grew up together, they also discovered two shared interests: both are wildly creative and have a passion for children’s rights. Little did they know that these commonalities would lead to national recognition just a few years later.

Before the flashing lights

On 16 June—the ‘Day of the African Child’—the two friends performed a skit with classmates at a local stadium in Iringa, central Tanzania, filled with community members watching on with awe.

They had a powerful message to share: highlighting the risks children face when they have been abandoned by their parents and left without support.

Isaya Mkiwa, a staff member of the local Compassion centre, was also in the crowd. When he saw the community’s response to the skit, he was inspired to do more.

“When we saw how well the skit was received, we knew it would be selfish of us not to spread its message across the nation,” says Isaya.

“We drafted a proposal for funding to turn the skit into a movie and sent it to Compassion Tanzania’s national office. The national office agreed to pay for the movie production, while the church paid for things like the script development and transportation.”

Without further ado, Frola, Rashid and the other children involved in the skit were informed that funding would be provided to spread the message further beyond the region.

But they had no idea their film was about to go national! 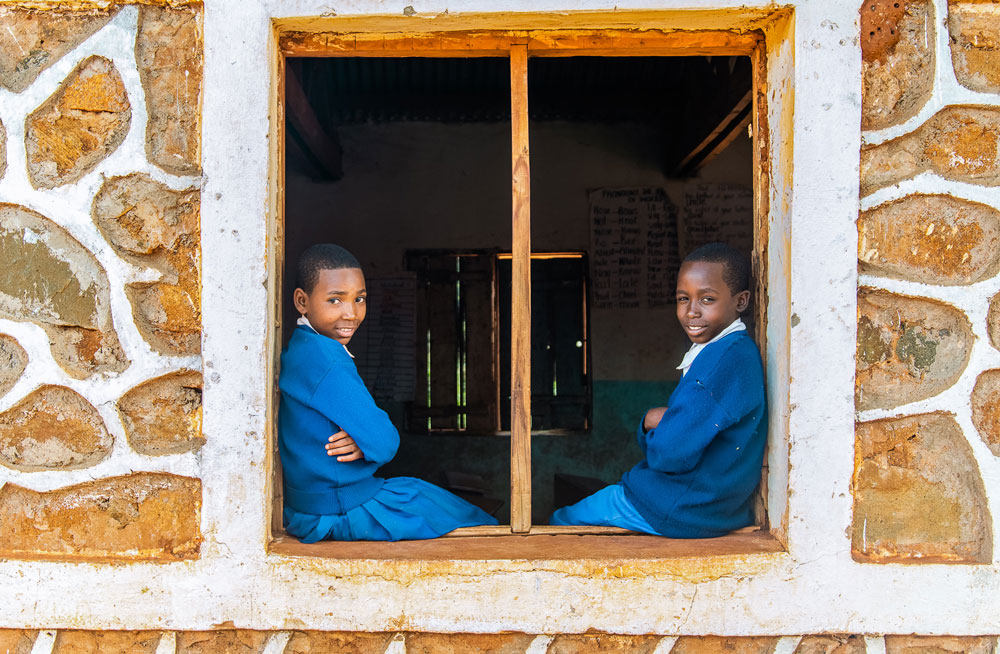 Producing the film involved a cast of over 55 children from the Compassion centre, as well as help from the local church and community members. Filming took two weeks.

“The hard part was memorising the script. I had to speak every word as it was written,” says Frola.

“But I enjoyed it. All of us who were in the movie have known each other since we were young.”

The name of Frola and Rashid’s film—‘Kesho’—means ‘Tomorrow’ in Swahili.

In the film, main character Jane (played by Frola) cares for her sick mother after her father (played by Rashid) abandons them and marries another woman. Without her father's support, Jane and her mother move into a dilapidated mud hut.

When her mother passes away, Jane is forced to drop out of school and live on the streets, begging to survive.

Thankfully, a good Samaritan finds Jane and offers to pay for her education. That is the beginning of her ‘kesho’—her future. “Everything we portray in the movie are things we have seen in our community,” says Rashid.

“Parents abandon their families either because of alcohol or they just don’t care. Those left to suffer are children. So we took it upon ourselves to show how it affects us.” 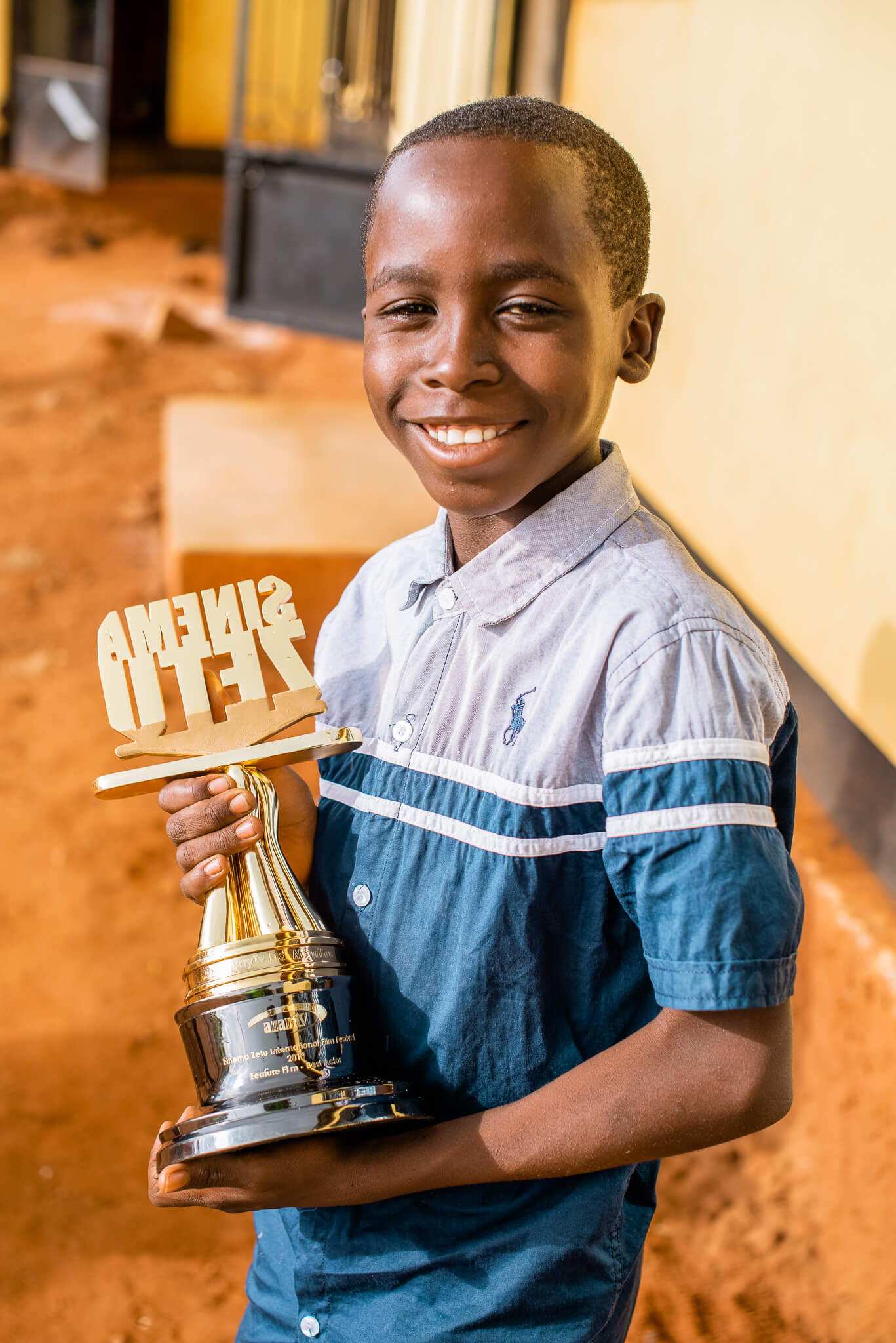 It premiered at the church. An hour later, the crowd erupted with applause and pleaded for a replay.

“The movie has a powerful message. It has taught me that parents should strive to better the lives of their children and protect them.”

The trailer for Flora and Rashid's film ‘Kesho’

The community was buzzing after the premiere of ‘Kesho’. Spurred on by the excitement, staff decided to enter the film in Tanzania's ‘Sinema Zetu’ (‘Our Films’) International Film Festival.

Of the 235 films submitted, ‘Kesho’ was among only 24 films to receive award nominations.

To their great surprise, Frola and Rashid were nominated alongside famous actors and actresses in the country’s film industry in the ‘Best Actor and Actress’ category.

Now it was up to members of the public to decide the winner by texting in their votes.

The Compassion Tanzanian community rallied behind Frola and Rashid, encouraging the community to vote for the 11-year-old underdogs. There was no chance a couple of school kids would beat the famous film stars—or so they thought.

At last the big day arrived, the same night as the Oscars.

And then came Frola and Rashid—the school children—who made it to the front doors completely unnoticed by the photographers and interviewers.

They didn’t mind. They were just excited to be there.

When the award for ‘Best Actor and Actress’ was announced, Frola and Rashid were left stunned. It was their names the announcer called out.

They couldn’t believe their ears!

“We remained seated at first, expecting someone else to get up and walk to the podium,” says Frola. 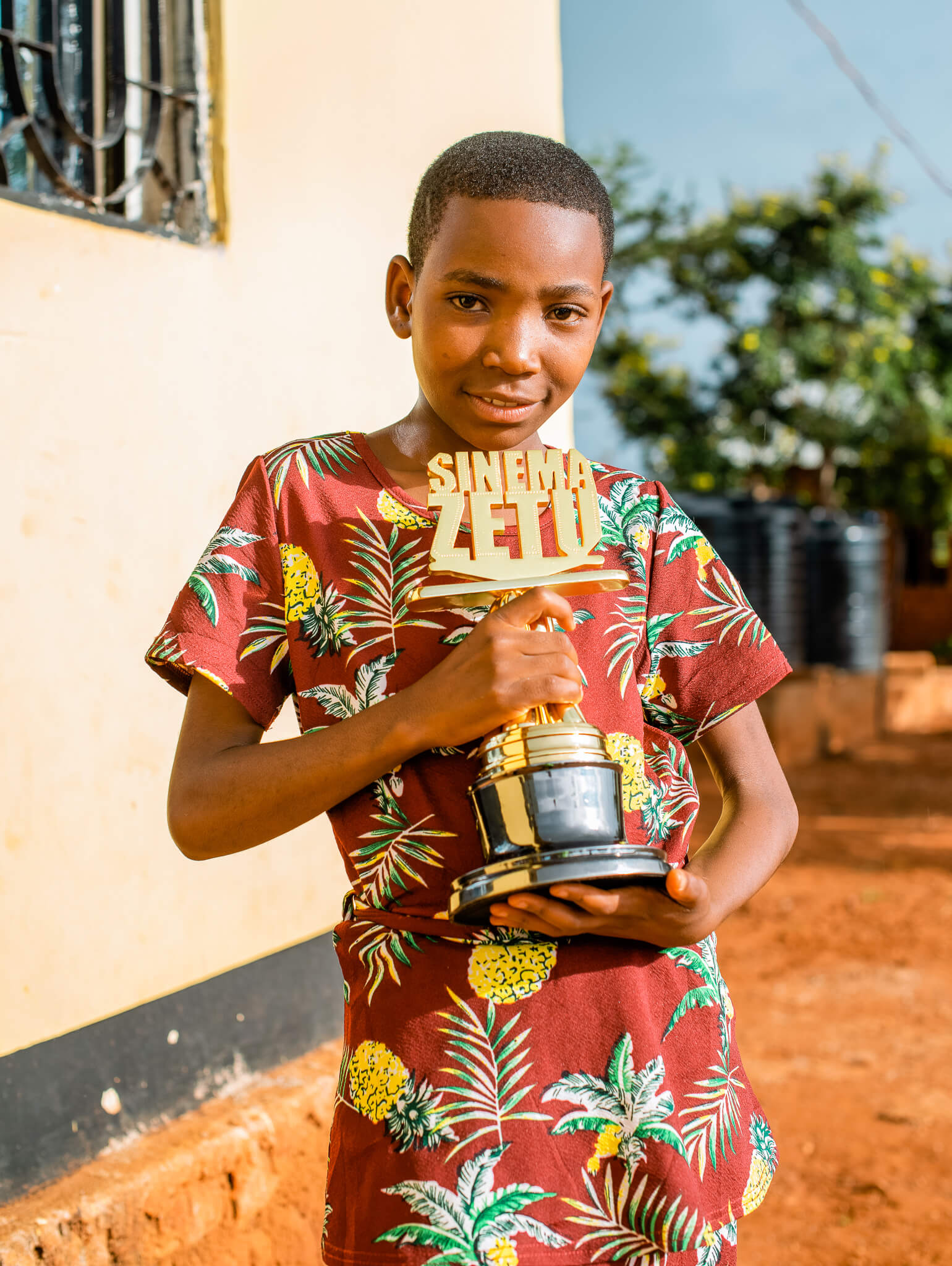 Up against the country’s best film stars, Rashid and Flora became the youngest actors to win the ‘Best Actor and Actress’ award in Tanzania’s history.

During their acceptance speech, Rashid acknowledged his home town.

“Kamwene! That’s how we greet each other at home. You are not used to hearing that, but wherever we go, we are proud to speak our language,” said Rashid.

When they finally returned home, Frola and Rashid were welcomed like heroes. Everyone came out to greet them, chanting, ‘Kamwene’!

Five months on since the big event, life is almost back to normal for the superstars.

With a new passion ignited in their hearts, Flora and Rashid are already hard at work on their next movie.

We can’t wait to see you on the big screens again, Flora and Rashid!