As Compassion’s newest survival project launched in Bagamoyo, Tanzania, nine mums—and one dad!—shared their thoughts on what the future might hold for them and their babies.

Meet the Mums of Bagamoyo, Tanzania

In the shimmering humidity of a March morning on Tanzania’s coast, local mums in bright dresses and colourful kitenge are gathering in the Pentecostal Church of Bagamoyo. As the band plays and harmonies weave out the windows, it’s time to truly celebrate.

This is the launch of a new survival project—an opportunity for 15 local mums to receive the support, education and opportunity they need to see their babies survive and thrive, and to look to the future with confidence and hope.

In this town, women are too often abandoned by the fathers of their children, or expected to be the breadwinner with barely a break to give birth. In the oppressive heat of the dry season’s end, when hunger is an existential threat and medical help beyond reach, the local church is extending a helping hand to the women and babies most in need.

Come and hear them shout Bwana asifiwe! Praise God! Come and meet the mums of Bagamoyo. 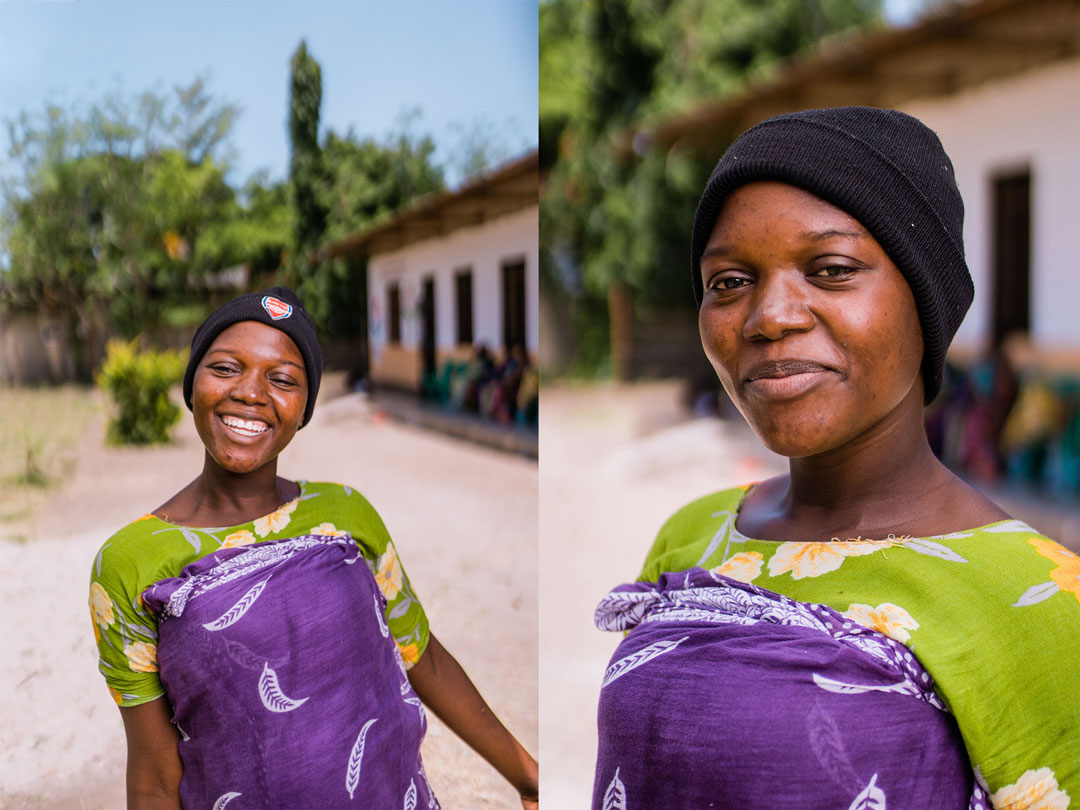 I was a very lonely person when I got pregnant. I wasn’t sure how it was going to be in the future. I was in deep—there were so many thoughts in my head. But now, I can see some light at the end. It makes me feel better; I was worrying so much about my baby.

I’m only 21 years old, but I’m old enough to raise my baby well. Thanks to the church, I know my child will be raised in a good environment. 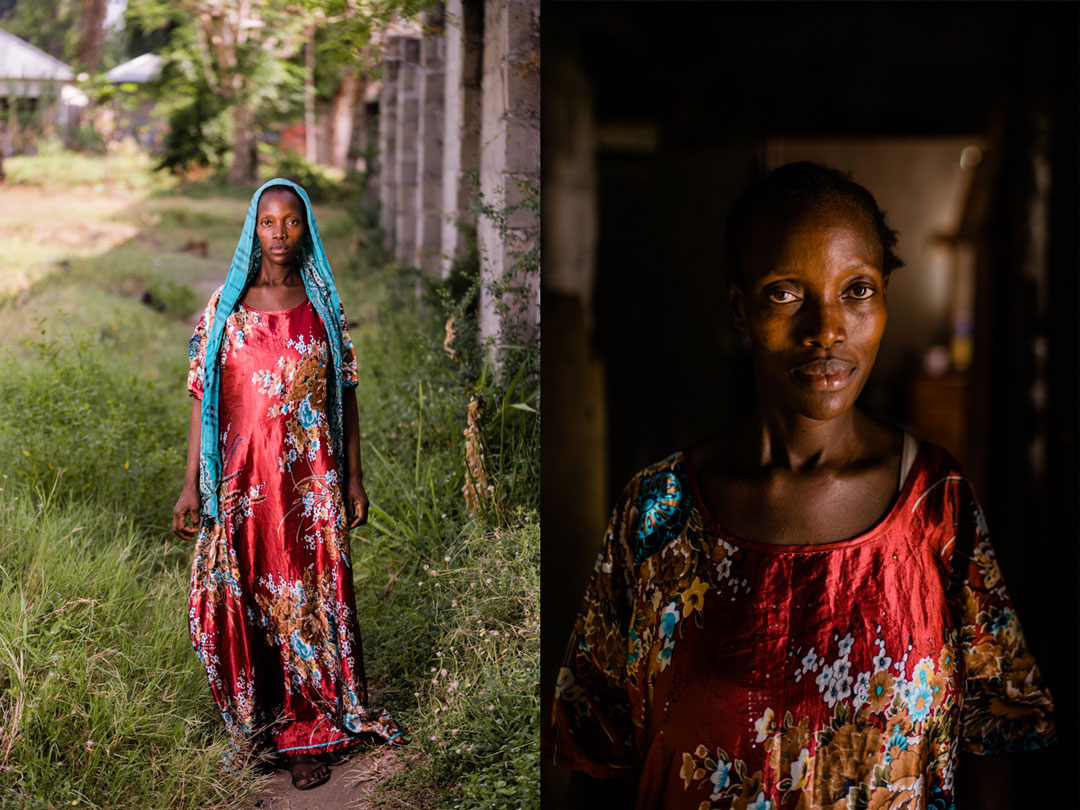 Before I joined the project, my income was very uncertain. All I can do is grow vegetables on a small farm. To earn some money I need to sell my produce, but sometimes it’s not very reliable. If my children were sick or I had some expense I couldn’t pay, I would have to go to my neighbours to ask for their support. That has been my life.

When the babies are sick, my neighbours always help me. But when it comes to paying the rent, they won’t help. When the landlord comes asking for the rent, I come up with stories to make him wait. Sometimes I delay him a lot and I need to come up with different stories to make him wait and that’s how I have been surviving. If I fail to pay my rent, I could get chased out of my house—but, thank God, I have never reached that point. Whenever I delay paying the rent, there’s a lot of talking going around when the landlord comes, but so far it hasn’t been more than talk. 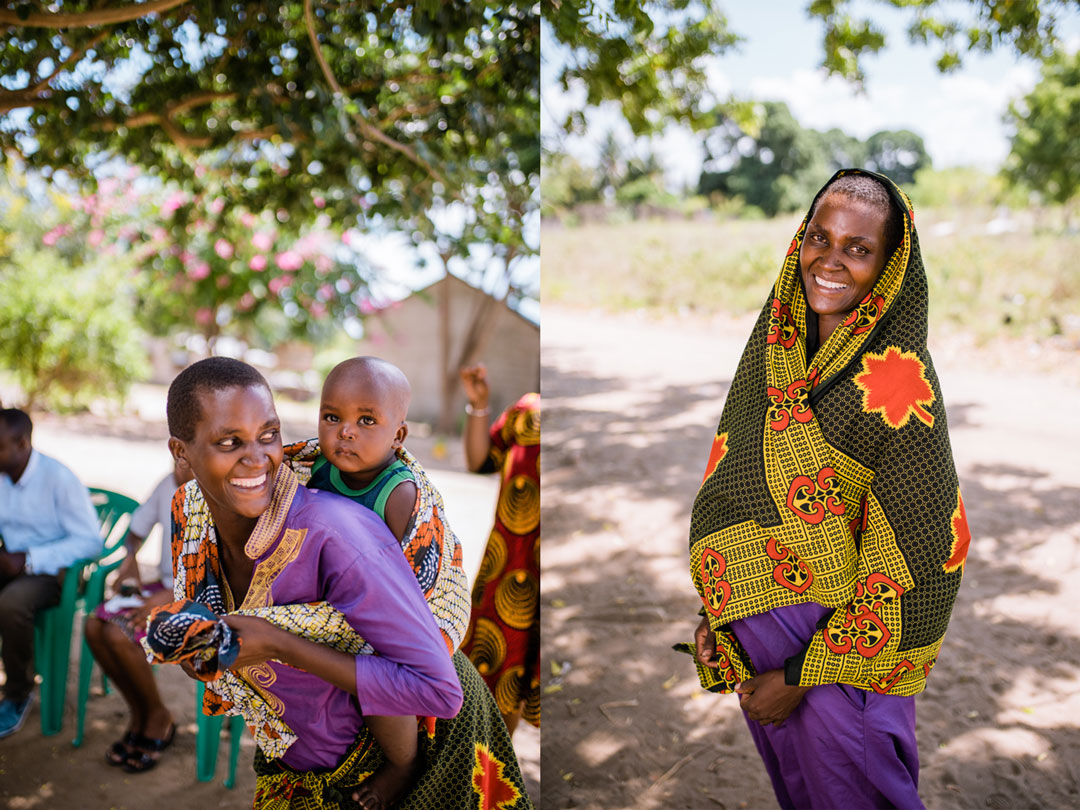 I want to run my own business. I don’t think I can learn a skill like tailoring. I am more into learning about business. My biggest challenge at the moment is that I don’t have a bed. I just put a mat on the floor and spread my kitenge and sleep on that. So if I’m able to start a business, the first thing I will purchase is a mattress. 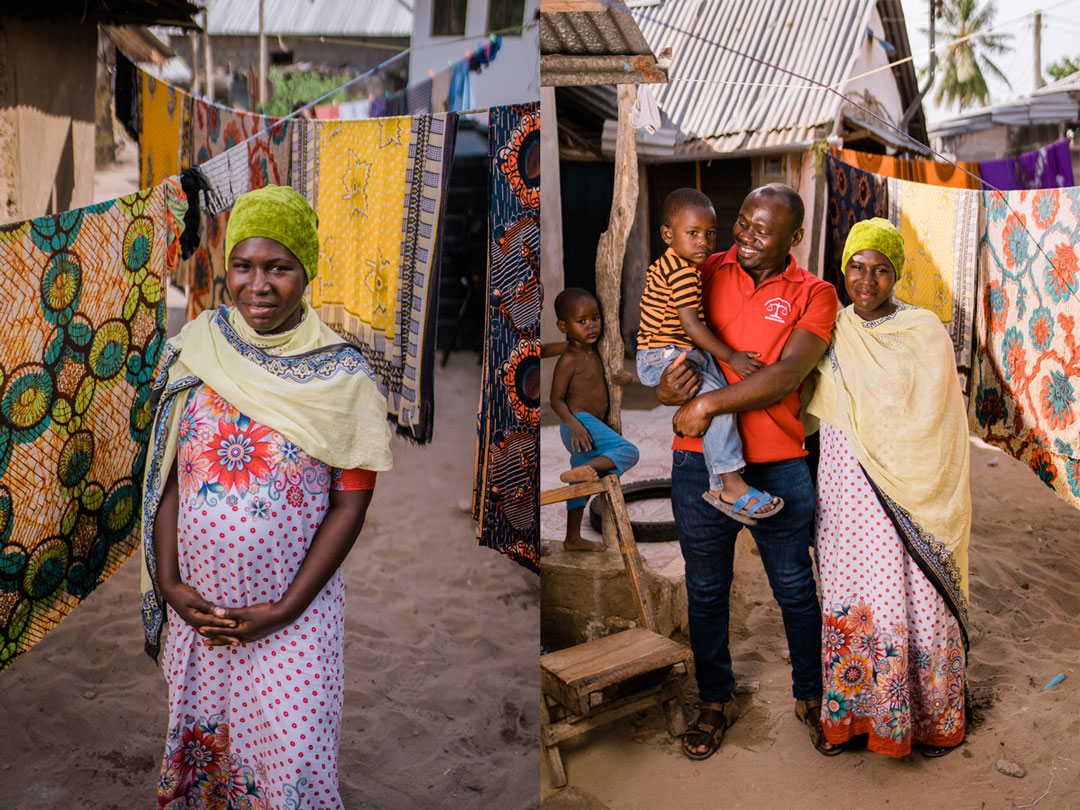 Hussein: We’ve been married for one and a half years. Warda is very caring; my life has changed a lot since we were married. She takes very good care of me and the kids. She always appreciates what I bring home, even if it’s not much. I think the survival project is very significant. It awakens the mums and gives them teaching. And the fathers can be involved; they can be educated about how to help their wives. The time we share at the project is time to learn together and be close to each other.

Warda: I started feeling unwell, so I went to the hospital. When I heard the news that I was pregnant, I was very happy. I hope I will have a baby girl. I hope my daughter will be educated and become a teacher. I still remember my teacher when I was a girl at school, and how she was able to help the students; if my daughter becomes a teacher like her, she will be able to educate others. 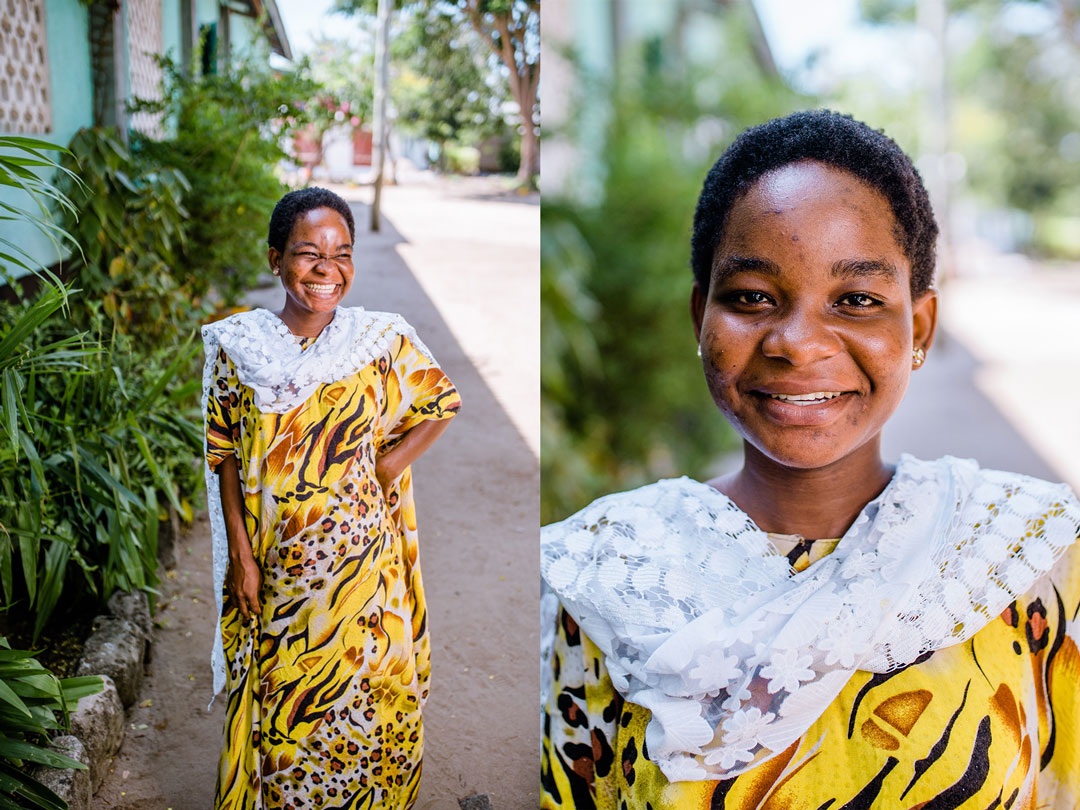 When I found out I was pregnant, I was a bit confused, because my boyfriend and I had broken up for like a month. So when I told him I was pregnant, he said it’s not—he is not responsible. So I took a step ahead and came to the pastor. He called my boyfriend’s family and organised a meeting.

It happens sometimes, in this town, that the father’s family will take care of you, and when you give birth, they say, “Give us the baby and we will let you free. You go and begin your life elsewhere.”

For now, the only future I am thinking about it delivering the baby well; then from that point, I can sit down and reflect on what to do. 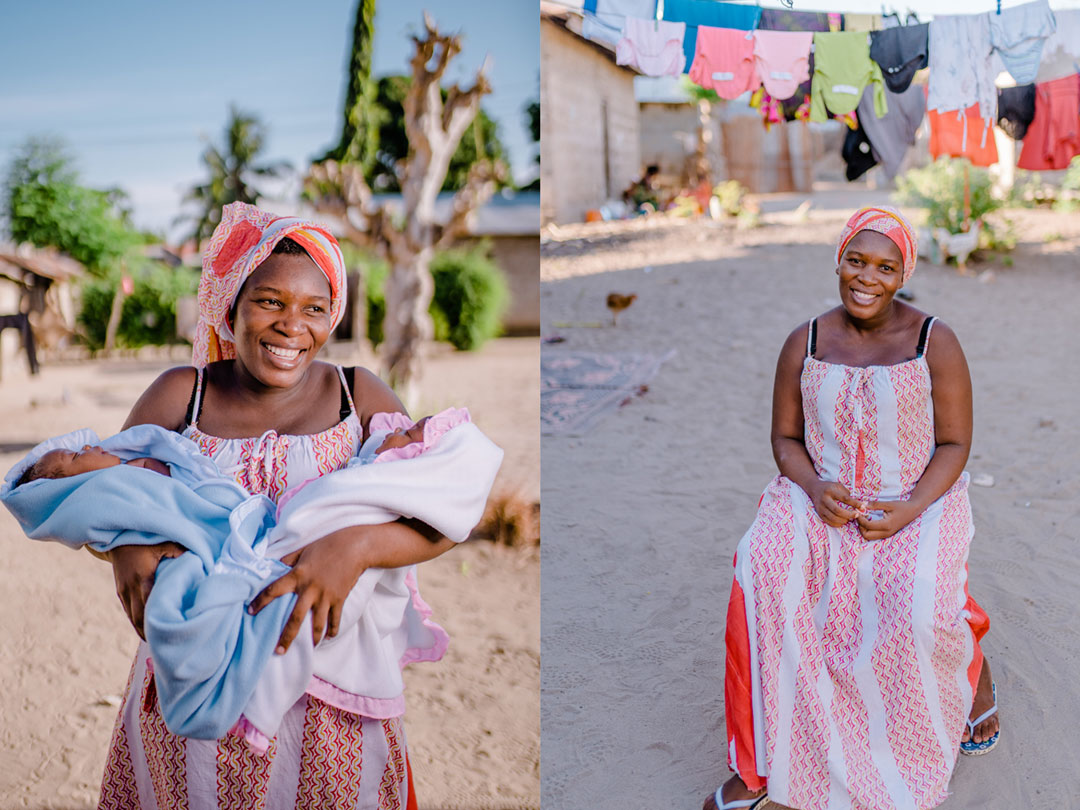 When I was delivering the babies, I had a normal delivery; but later the doctors realised I was still bleeding inside. I lost a lot of blood. I had a transfusion and I was in the hospital for a week. I still feel dizzy sometimes. I’m exhausted. Looking after twins is a big job. But I’m enjoying the experience!

My husband gave me so much support during my pregnancy; he wakes in the middle of the night to care for the babies when they cry. I think because he was raised by his father alone, he didn’t experience motherly love; that’s why he wants to look after me and give me so much attention—to take care of his family.

My life has changed completely but I’m looking forward to learning and gaining new experiences. 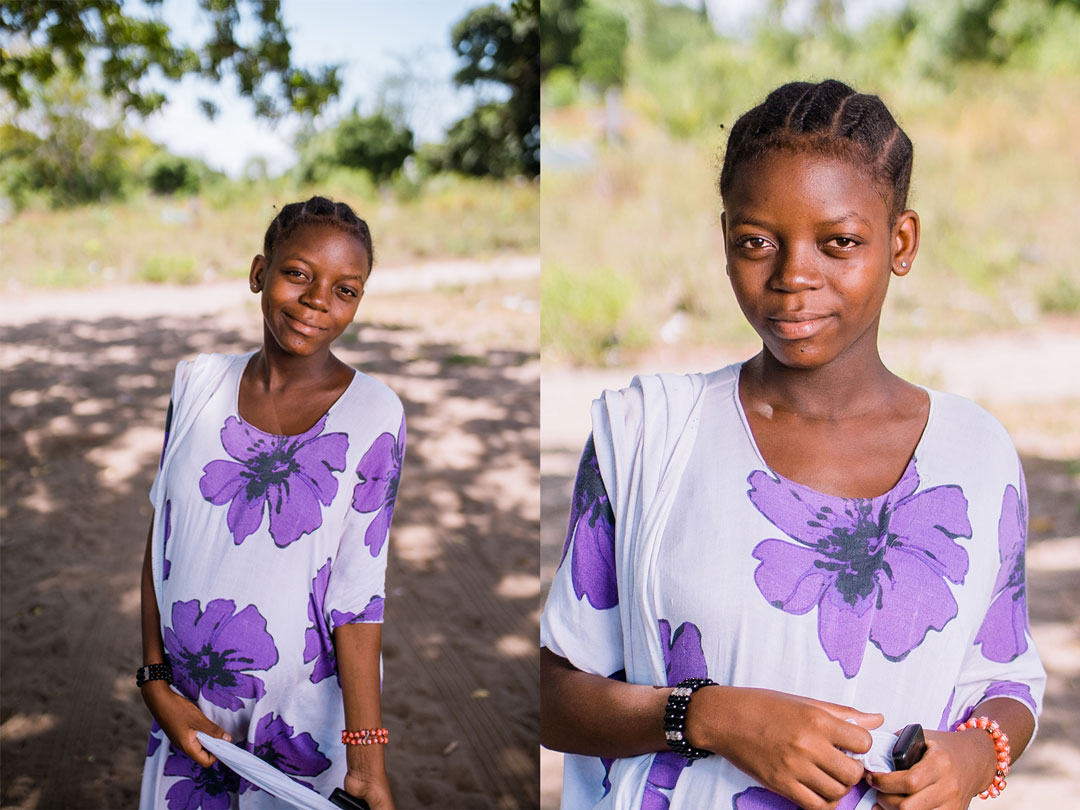 I live with my father in my grandmother’s house. My mother left us when I was eight months old. I think she’s alive but I don’t know where she is.

Initially, my boyfriend accepted that the baby was his, but when I was four months pregnant, he denied it. I’m still angry about that. I don’t see him anymore and he won’t give me any support. We never talked about the future when we were together. I heard he graduated from school last year but I had to drop out when I got pregnant.

My grandmother is a farmer on one acre of land. At harvest time, she sells half of the crop and keeps the other half to eat. From the half she sells, she pays for my brother’s school fees as well. Our biggest struggle is food—now that I’m pregnant, I really want to eat more but I can’t get food. 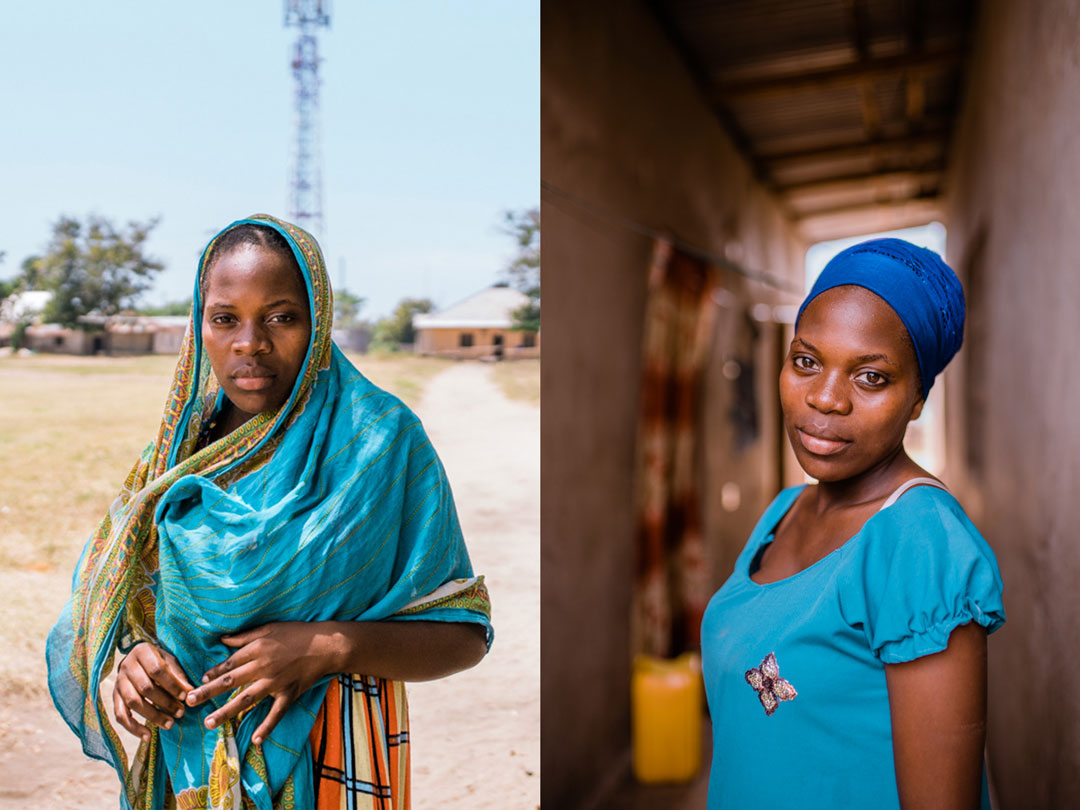 I would like to do some skills development, like tailoring. I failed my primary school tests; so I can’t go to secondary school, but at least I can do some skills. And one that I’m interested in is tailoring. I look at other tailors around and I feel like ‘I can do that!’ I can definitely learn from the other mothers here, and I am willing.

I don’t know if I will have a boy or a girl but my heart just goes for a boy child. I wish my baby will become the pastor of a church. I feel like all the pastors I know are good people, so I would like my baby to become one. 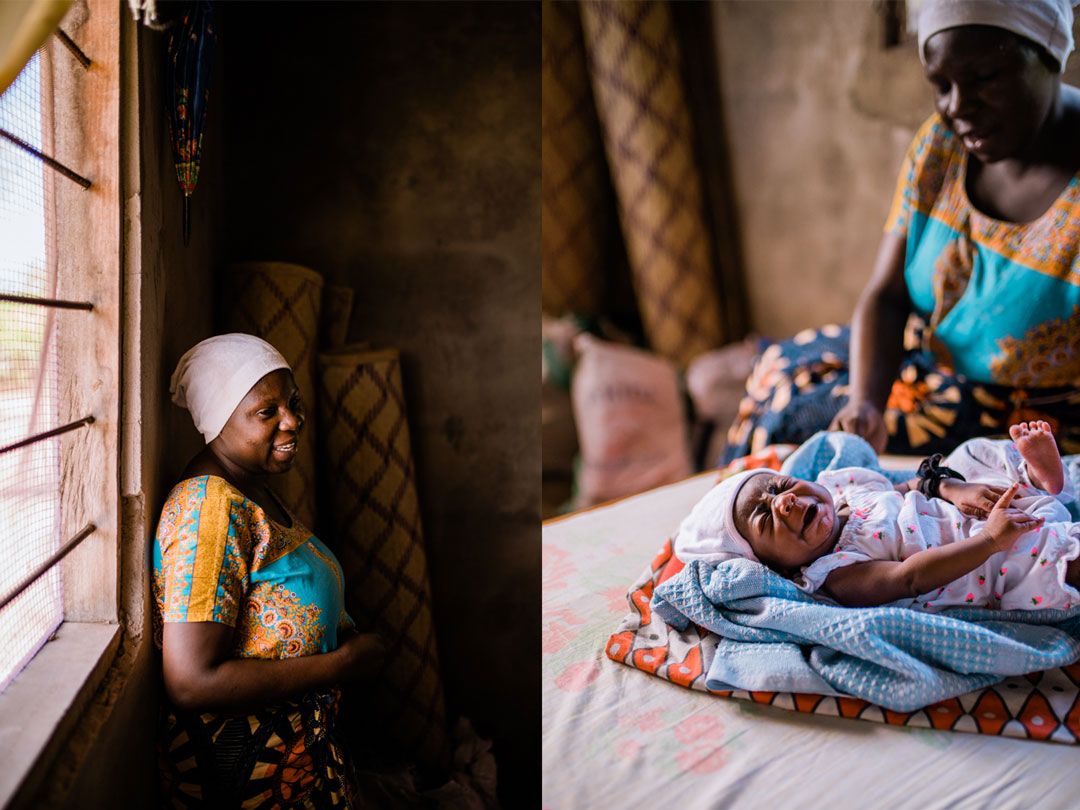 I have always loved children. I feel in my heart that there’s some connection between me and children. That’s why they love me. Whenever I see them, I want to help them, to take care of them. I raised six children from the family before I had my own baby. Look at her! I am so proud of her.

My husband is a farmer. It’s farming season now, so he has to be away for two weeks. If the farming does not go well, he goes to fish; that’s how he wins the bread. I am glad he met his daughter and I could see how happy he was before he left.

My grandmother taught me how to be a mother. She inspired me by how loving she was—but she was a disciplinarian, too. She has passed away now, but I think if she could see me and my daughter now, she would be proud. More than proud!

Give today to Compassion Mums and Babies and you’ll be helping to equip mums, dads, caregivers and babies at survival projects all around the world, giving them the skills and support they need for one of the most challenging phases of life—the first year. Because the first step to being released from poverty is survival.