How a Bodybuilding Champion is Strengthening the Youth of His Community

High in the rocky hills of El Alto, Bolivia, Captain Marco Moya—a beloved church pastor and bodybuilding champion—is giving the young people of his community a healthy alternative to a life of violence and poverty.

Have you ever met a bodybuilding pastor?

What about a champion bodybuilding pastor?

Introducing, Captain Marco Moya of the Salvation Army Child Development Centre (BO0417) in La Paz, Bolivia. He is the Body Building Champion of El Alto and La Paz, and was the runner up in the Senior category of Bolivia’s National Championship of Bodybuilding.

The children refer to him with obvious affection as ‘the Captain’.

The Captain’s neighbourhood is in El Alto, the second largest city in Bolivia. The name refers to ‘the highlands’, where a population of 2.3 million live 4000 metres above sea level. This high-altitude city is located on the outskirts of the capital, La Paz, which is shaped as a bowl. Here, the poor live at the top of the rim, where the weather is harsh and unemployment scarily high. Residents look down towards the sheltered centre of the bowl, where the rich reside.

El Alto is renowned for high rates of violence, drug abuse, alcoholism, murder and robberies. Women are often abandoned by their partners and left to care for the children without any means of financial support or employment. Corruption is a normality.

The indigenous locals have a motto: Never get on your knees; never surrender. This stems back to the struggle indigenous people have had in their country since Spanish colonisation. They are a tough and resilient people group, but this common attitude that helps them endure hard times also conflicts with the idea of surrendering everything to God—and that results in difficulties when church leaders reach out. 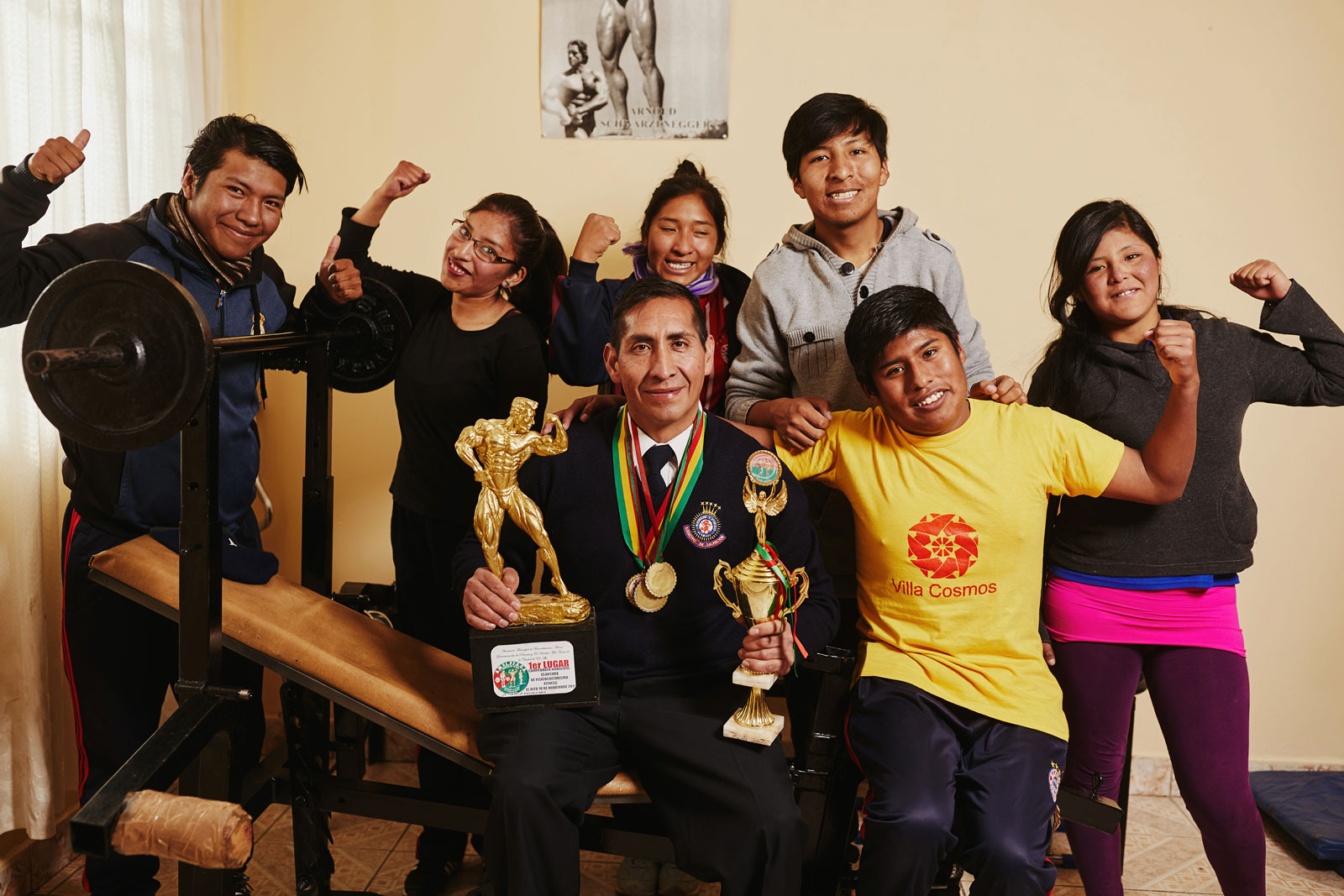 But things are a little different when you’re known as a champion. In an area where pastors are not usually respected outside of the church, having a bodybuilding champion who preaches the Word of God has made an incredible impact on the children of this Compassion centre and their families.

The Captain has created a culture that promotes health and wellbeing.

“We learn as children of God that we need to take care of our bodies. [The body is] a temple of the Holy Spirit. And as God’s children, we are made in a perfect way,” he says.

The Captain has set up a gym at the church with his own equipment, and he encourages young adults in the Compassion program to train with him on a regular basis.

“This a violent area, a dangerous area. We don't want our youth to get into that, so we open the doors of the centre and the church for them to be here. They focus on coming to the gym. It also encourages them to come to the church, so they get what they need in their bodies, minds and souls.”

He’s inspired the youth to be the best versions of themselves, and to always put God first. He continually tells the youth that if an “old man” like him can compete in a national championship, then, through Christ, they can achieve their dreams too. 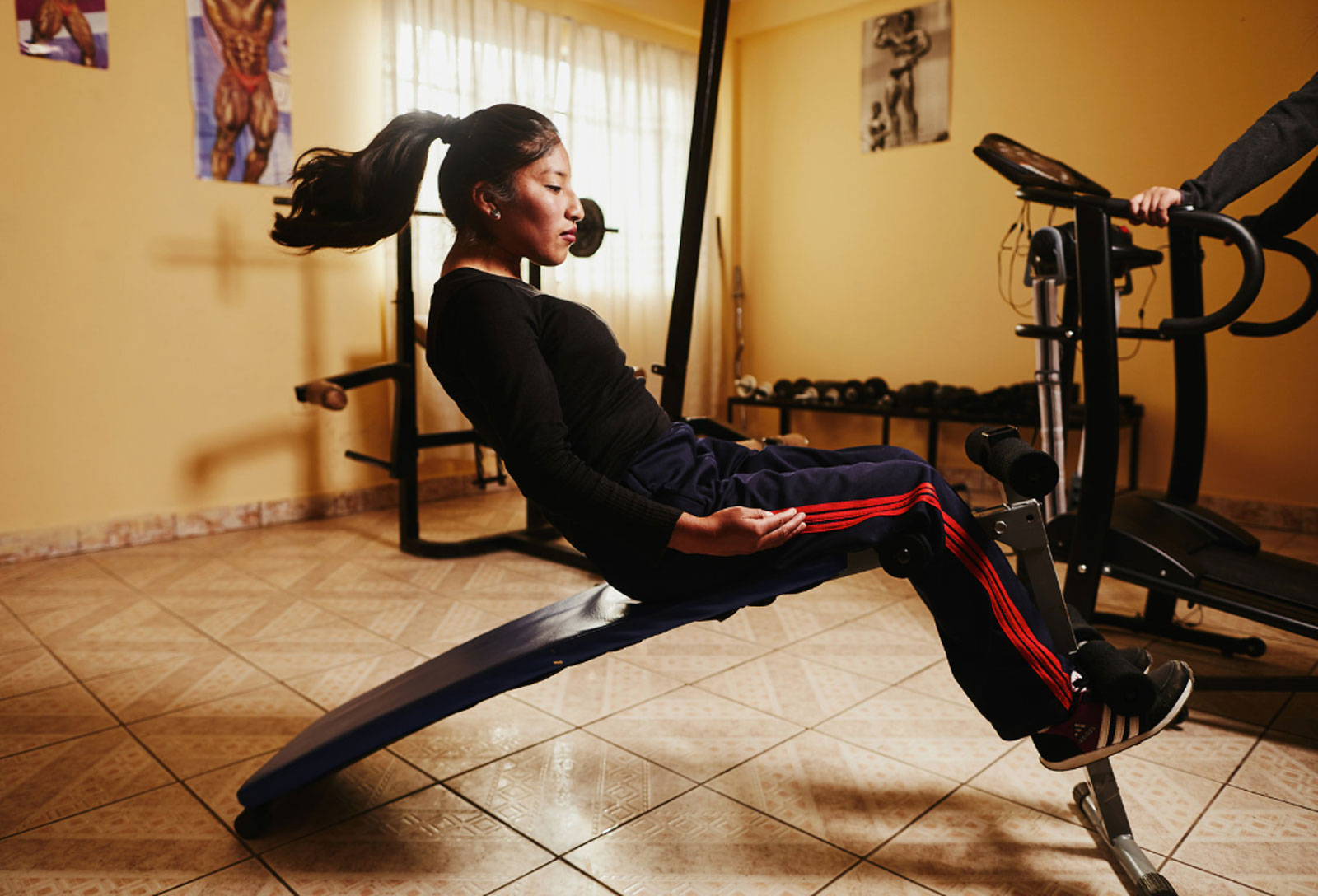 Maria, 20, was registered at the Compassion program at the age of six. She is currently studying nursing and is involved in Compassion Bolivia’s national youth initiative. The Captain has become a role model in her life.

“When he told us that he won a [national] trophy, we were amazed and happy. He has shown me that everything is possible. Nothing is impossible,” says Maria.

Maria and several others within the Compassion program train with the Captain on a regular basis. 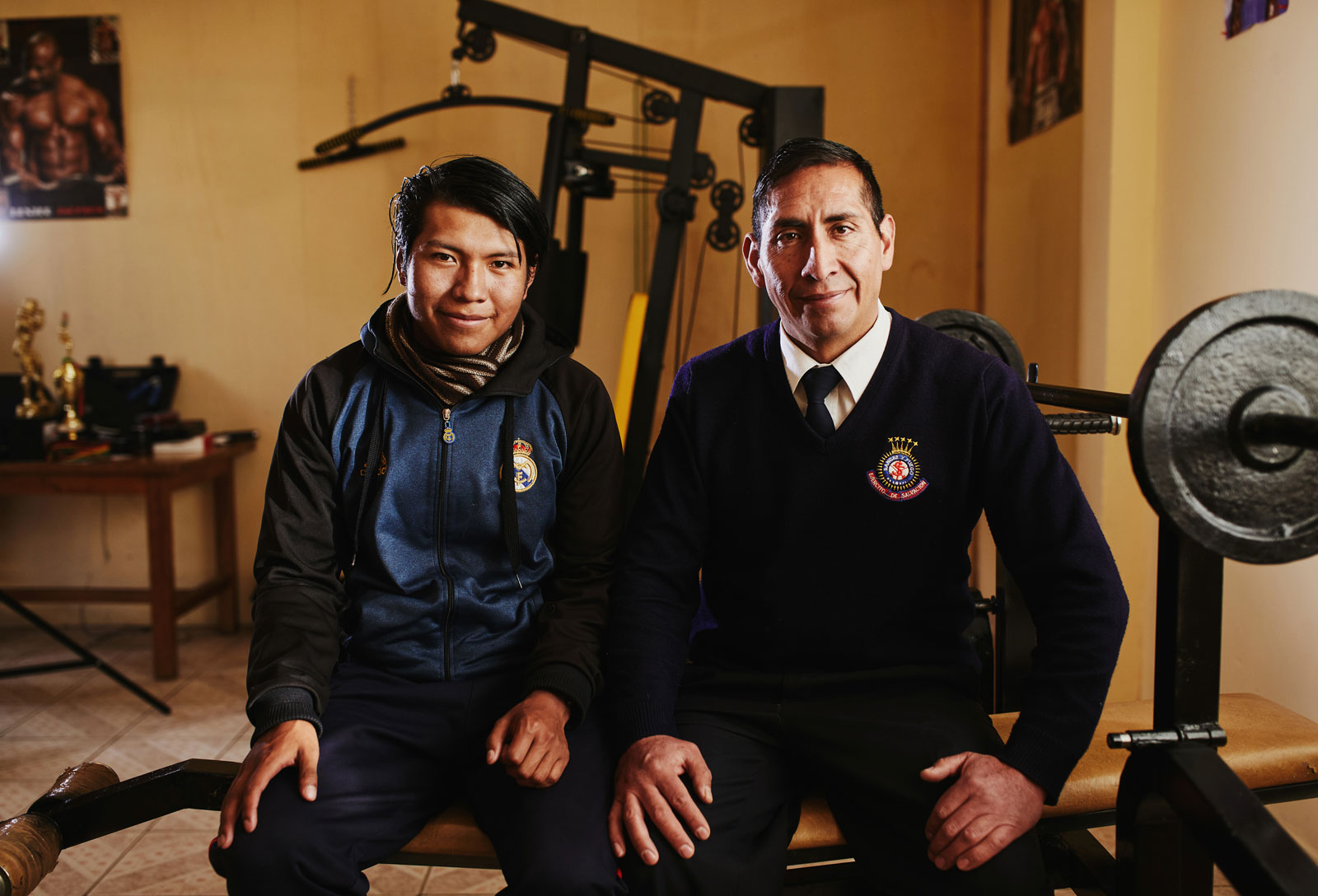 Gualberto, 20, is one of them. He meets the Captain at 6am for training a few times a week. “I joined the Compassion program when I was seven years old and I was in the midst of family problems. He [the Captain] taught me that you can do everything with Christ.

“Captain [has] taught us that we have to treat ourselves with vitamins and proteins and all the exercises in all the machines at the gym. And that not only gets your body healthy, but also your entire being, because after gym I go straight to my classes and I arrive there full of energy. Meanwhile, the rest of my classmates are falling asleep,” says Gualberto. 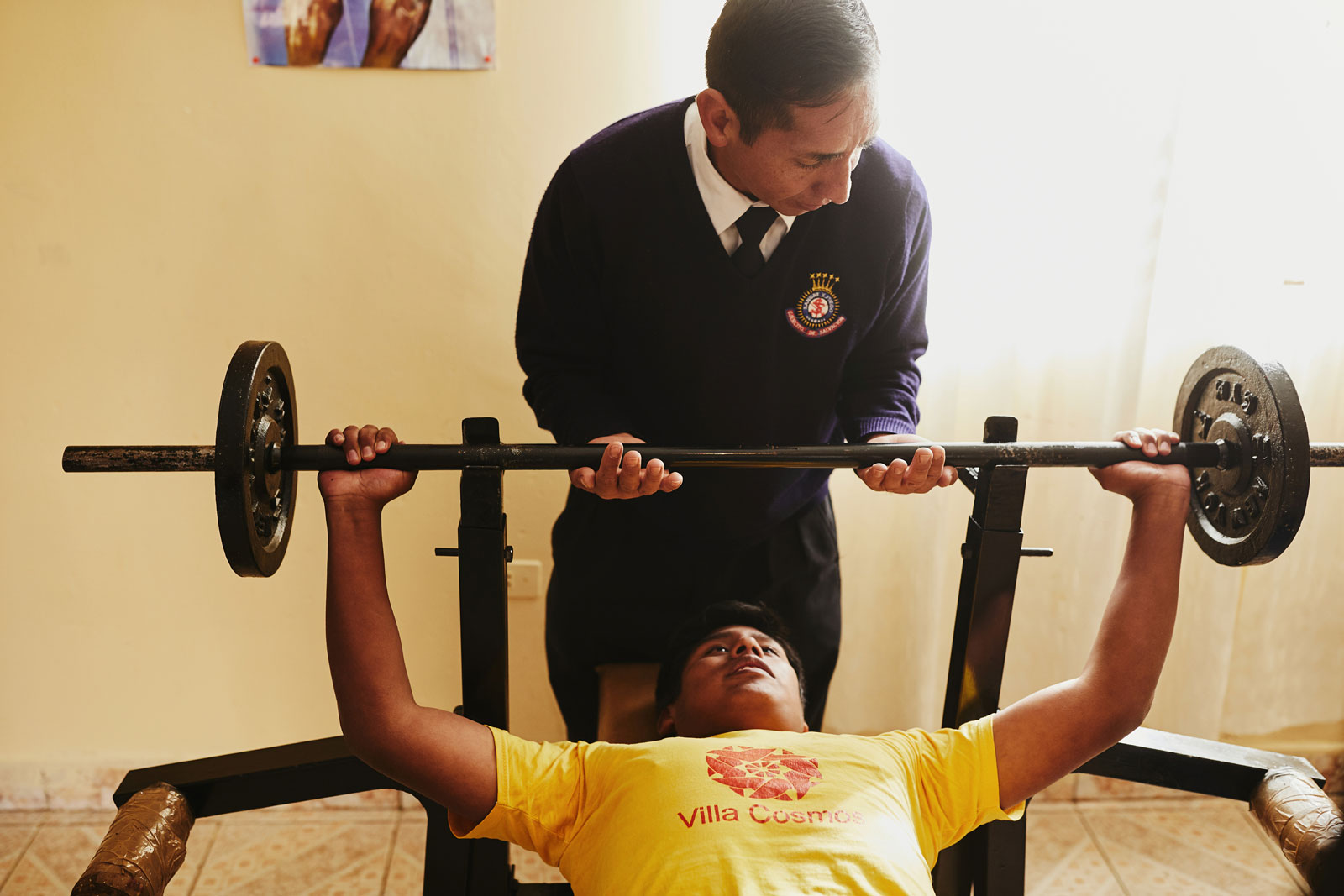 “Before training we have a devotions time, and then we train,” says the Captain. “After training we have a healthy snack so that they have the strength to attend their classes. They are renewed not only in their bodies, but in their souls all day long. It helps them to [avoid] other places that would be bad for their health.”

“Do you not know that your bodies are temples of the Holy Spirit, who is in you, whom you have received from God? You are not your own; you were bought at a price. Therefore honour God with your bodies.”

In a community where families struggle to meet their basic needs and crime is high, the Captain is showing young people by his example that true strength doesn’t come from violence. It doesn’t even come from lifting weights, although good health is important.

No, true strength comes from much deeper within.

“The youth are my inspiration. Without a doubt they are taking care of their lives and their bodies. [I want] to support them in the goal of having a healthy life.”