Every month, the Philippines Department of Justice receives more than 3,000 reports of children being sexually exploited and sold online. Meet the passionate teams fighting in the war against online exploitation.

Warning: this article contains content about sexual abuse which may be distressing to some readers.

Her neighbours suspected her. Suddenly, she was a regular in the Western Union queue in Cordova, Cebu. She left gripping her mobile phone tight, a smile playing on her lips; her bank balance significantly fatter.

Police broke down her door before dawn. They swarmed the stuffy house and pulled the woman bodily from sleep. In the hot, airless room, police expected a desktop computer. Instead they found a smartphone. They clicked it open. Saved to the SIM card were videos so vile their faces went white. In the dimness, police followed the sounds of muffled crying.

They found the children and led them outside as the first rays of light kissed their faces.

Every month, the Philippines Department of Justice receives more than 3,000 reports of children being sexually exploited and sold online. The nation is the epicentre of the global cybersex trafficking trade, where children are forced to pose suggestively or perform sex acts in front of cameras. Disturbingly, one anti-trafficking group reports half the children they rescue are 12 years old or younger*. 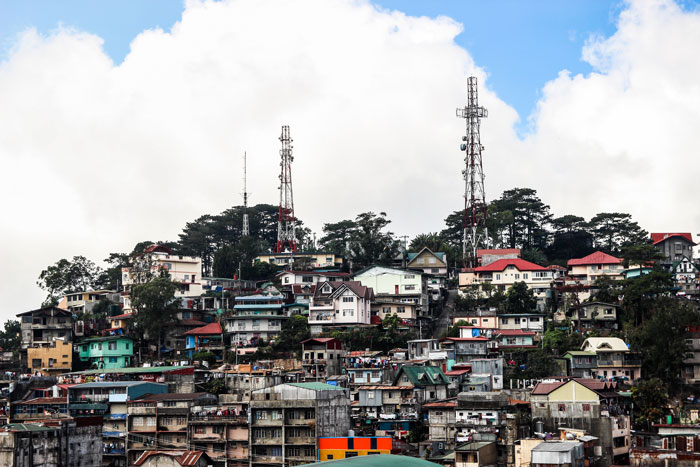 Through cheap internet connections, abuse is inflicted on Filipino children at the commission and direction of predators all over the world. Westerners, including Australians, are the most prolific customers.

Across the country, even the most ramshackle communities have hidden routers humming within them. This violent collision of extreme poverty with modern technology and ubiquitous money wiring services has created the perfect conditions for the insidious industry to thrive; fluency in English allows direct communication with paedophiles overseas.

The abuse is commonly carried out by traffickers the victims love and trust: their own family. Trafficking syndicates exploit the vulnerable who are barely surviving: selling a child’s body online could bring in up to A$280 a day. Some parents—perhaps naively—convince themselves they are only selling a photo; their child will be unaffected. Yet the virtual crime is entwined with real-world abuse.

Director of Compassion Philippines Noel Pabiona says this “new enterprise of evil” strikes at the heart of Compassion’s work. “The same group we are ministering to—children in poverty—is the same group who are targeted by the perpetrators of online sexual exploitation, because they are poor and desperate.”

But there are passionate teams fighting in the war waged online and in locked basements and the seedy backrooms of internet cafes. And they’re taking back ground. Dedicated anti-slavery organisations like International Justice Mission (IJM) are on the frontlines, working to prevent the crime, free victims and uphold justice. And in July 2018, Compassion Philippines, as part of its commitment to child protection, officially joined the groundswell movement, partnering with IJM and World Vision to fight the online sexual exploitation of children together.

With training from IJM’s experts, Compassion’s tenacious child workers across the country are combatting the darkness by mobilising God’s most powerful force on earth: the local church. 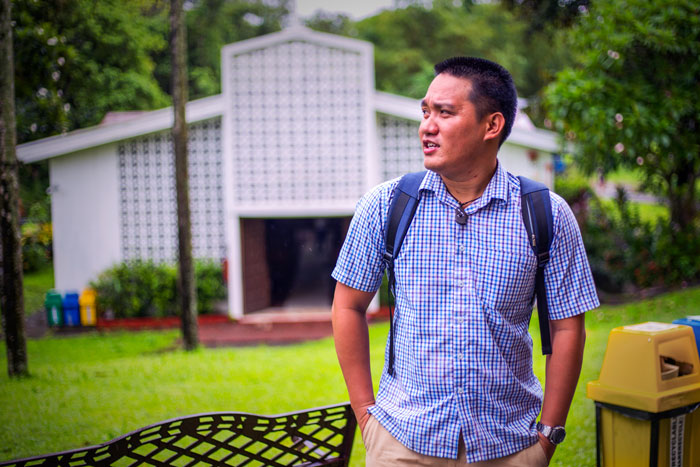 28-year-old Leody walks into the late afternoon light feeling good. His presentation went well. The dark topic sat at odds with the bright sunshine outside; the distant sounds of children’s laughter a poignant reminder of why he was there.

He has personal experience of how poverty makes you vulnerable.

“My heart beats for the children, including Compassion’s beneficiaries, as I was once one of them,” says Leody. He graduated from the program in 2014 and is now employed by the Church of the Nazarene’s headquarters in Manila. “My goal is to raise awareness among churches so that they will be more alert in protecting the children and fighting online sexual exploitation perpetrators.”

To date, the young man has spoken to an astonishing 350 churches across the Philippines, informing communities and congregations of the dangers lurking online and behind closed doors. “I pray for each child not only to be spared from sexual exploitation but also to fight this evil, as I am doing now,” he says.

Mary Ann, a child protection specialist for Compassion Philippines, shares his passion. Like Leody, she works closely with Compassion’s hundreds of church partners, providing curriculums to help prevent abuse and connecting them to support services if the unthinkable occurs. Without this network, affected children wouldn’t know where to turn. Compassion’s Highly Vulnerable Children’s fund is a lifeline, helping churches provide children and families with vital after-care and support.

“There are still very few agencies or clinics in the Philippines that provide psychiatric interventions,” she explains. “Filipinos can be too resilient for their own good…they would rather endure the trauma than get professional help, or save face rather than go public to admit that they have been victimised.”

In Cordova, Cebu, months of painstaking police surveillance had paid off. The neighbours’ tip-offs led to the arrest of a local woman; her mobile phone revealed incriminating videos of her own children being abused. When social workers took her young children and nieces and nephew into care, Compassion staff learned news that left them reeling. One of the children is part of Compassion’s Child Sponsorship Program.

“The thought that one of our sponsored children could be victimised by online sexual exploitation sends chills all over,” says Diane, a centre director. 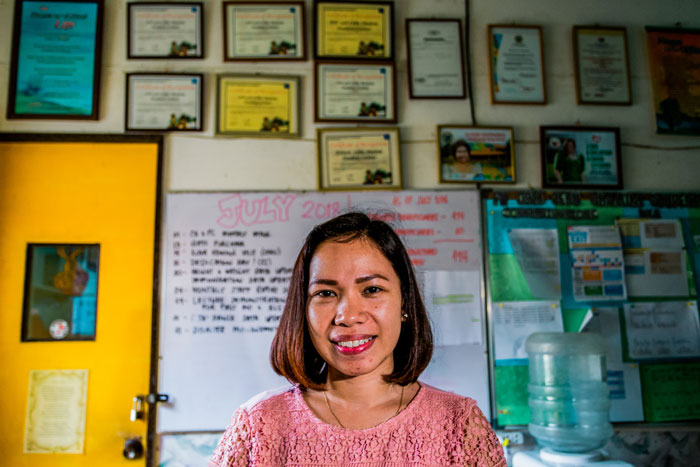 There were no tell-tale signs the child’s family were involved in the clandestine crime. The parents were devastated, believing their children safe with their aunt while they worked late at the local markets. While the investigation was ongoing, Diane’s team regularly visited the child and brought encouraging letters from their sponsor. “Since the child could not attend our centre activities, we brought our activities to the child,” she says.

After an anxious wait, staff received news they fervently thanked God for: the child was not a victim. The case strengthened their resolve. They underwent additional training in abuse detection and are more determined than ever to spread the word throughout the community.

“Our programs and initiatives in Compassion are always mindful of protecting children,” says Mary Ann. “The dangers are real, but what we do to protect the children is real, too.”

This year, Compassion Philippines will roll out a nationwide campaign against child abuse and exploitation. Each of the 85,000 children in Compassion’s program will be involved in child protection activities, learning their rights and how they can speak up. Caregivers, too, will be educated. The most passionate advocates among them will be selected as ‘child champions’ and trained to form local watch committees; new generals on the frontline.

Every child in Compassion’s program is known to staff members, who visit their homes, schools and the areas they play, to understand their lives and unique challenges. Through the awareness seminars and staff’s individual knowledge of each sponsored child, their vigilance will protect precious childhoods. 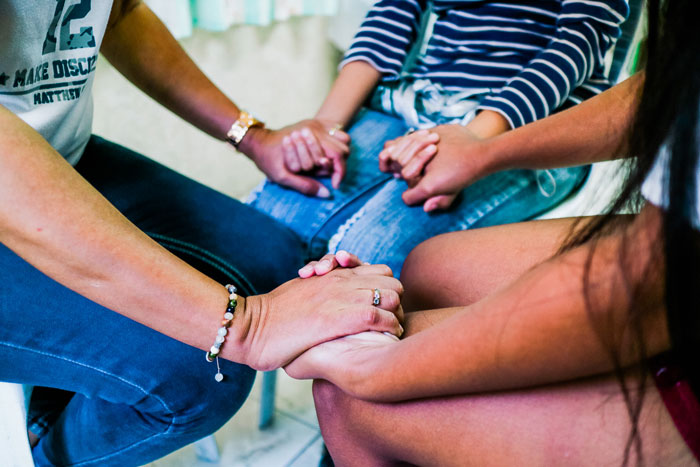 Hundreds of kilometres away in Pagadian, Leody crosses another church’s threshold. Pausing for a moment, he briefly closes his eyes, offering up a prayer. Then he strides in, shoulders back. Today, dozens more adults will learn of the new evil and how they can prevent it. And dozens more, he prays, will join the movement and take a stand.