Did you know Indonesia has the most Australian sponsors? Learning about your sponsored child’s home country builds a greater appreciation of their context and culture, and provides plenty of fun conversation starters.

Every year, around one million Australians will go island-hopping, snorkelling or sightseeing in Indonesia, making it the second most popular holiday destination, after neighbouring New Zealand. With close proximity to Australia, tantalising cultural experiences and idyllic beaches, it’s no surprise that the cluster of islands is an attractive option for Australian travellers.

1. Indonesia has a lot of people!

It’s an understatement to say Indonesia has a lot of people. With a population of over 264 million, Indonesia ranks fourth as the most densely populated nation in the world following sizeable countries such as China, the United States and India.

Indonesia is the most populated nation in Southeast Asia and it’s likely to stay that way—the nation has 100 million more people than the Philippines, the second most populated country in the region. In comparison, Australia’s population of roughly 24 million people share a large landmass (over 7 million km²). Indonesia’s landmass is a lot smaller (1.9 million km²) but its population is almost 11 times larger than Australia! 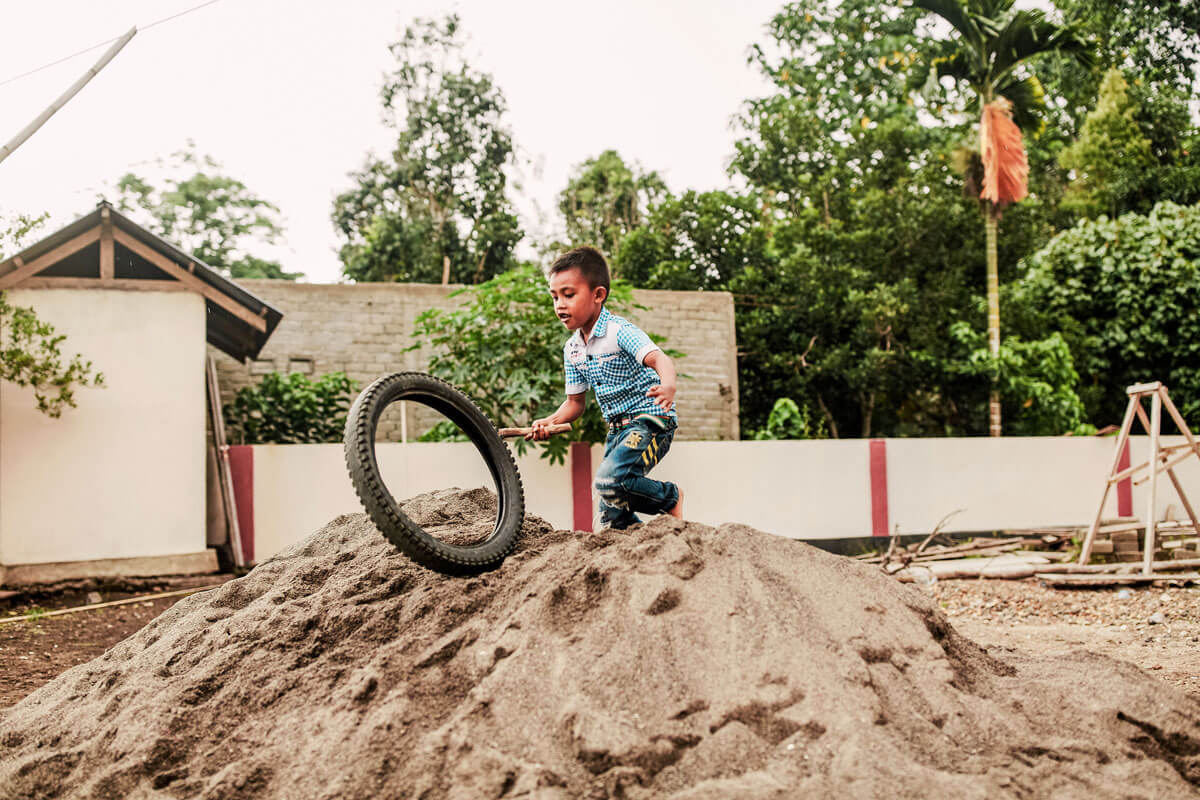 Did you know? Over 25 million people in Indonesia continue to live below the poverty line. Release a child living in poverty in Jesus’ name by sponsoring a child in Indonesia today.

2. Indonesia is the largest archipelago in the world

With five major islands and thousands of smaller islands situated between the Indian Ocean and the Pacific Ocean, Indonesia is the largest archipelago in the world! Officially, there are over 17,500 islands that comprise Indonesia, but only 6000 of those islands are inhabited.

The island of Java is home to over half of the population but is the size of New York State. There are over ten million people living in Jakarta, the capital city of Indonesia, located on the island of Java too. Sumatra, Kalimantan (Borneo) and Sulawesi are also major islands in Indonesia. 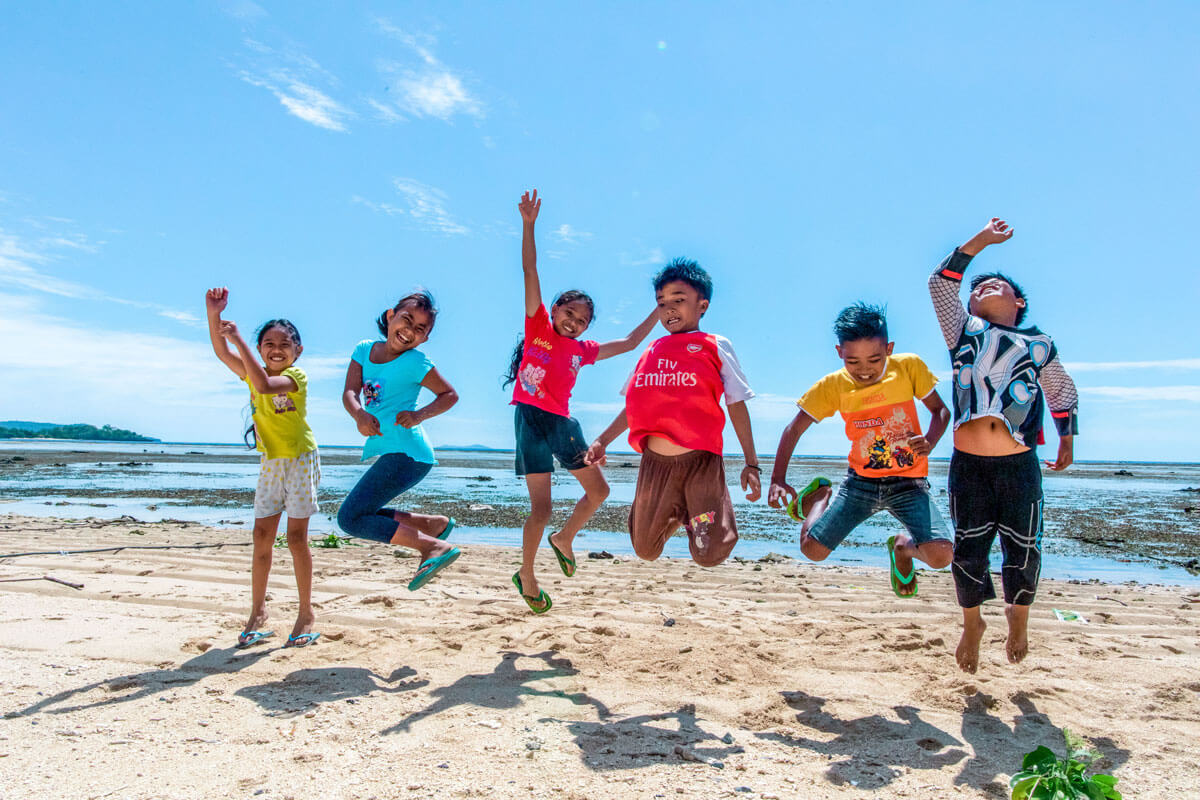 These Compassion assisted-children live on a remote island in North Sulawesi, Indonesia.

Indonesia spans over 5000kms from east to west and just like Australia, the country has three different time zones. The equator also runs across Indonesia, dividing half of the country in the northern hemisphere and the other in the southern hemisphere.

3. There are 100 active volcanoes in Indonesia

Most Indonesian islands are littered along a volcanic belt and its proximity to the Pacific Ring of Fire exposes the area to frequent earthquakes and volcanic eruptions. Indonesia is mountainous, with its highest peak reaching 4000 metres above sea level. There are around 400 volcanoes in Indonesia and 100 of those are active!

Like other nascent cities in the region, social media and technology is quickly transforming the way citizens interact with each other and the world. Indonesia is one of the largest social media markets in the world, with over 80 per cent of the population accessing platforms like YouTube, Facebook, WhatsApp and Twitter.

5. Indonesia has over 600 ethnic groups

Not only is Indonesia a large landmass but the country is incredibly diverse. Although the Javanese people make up 40 per cent of the population, there are over 600 ethnic groups and subgroups across Indonesia. Some of these groups include Sundanese natives in Western Java, Batak people in North Sumatra, Sulawesi people and more! There are an astounding 300 local languages and over 500 dialects spoken across Indonesia. 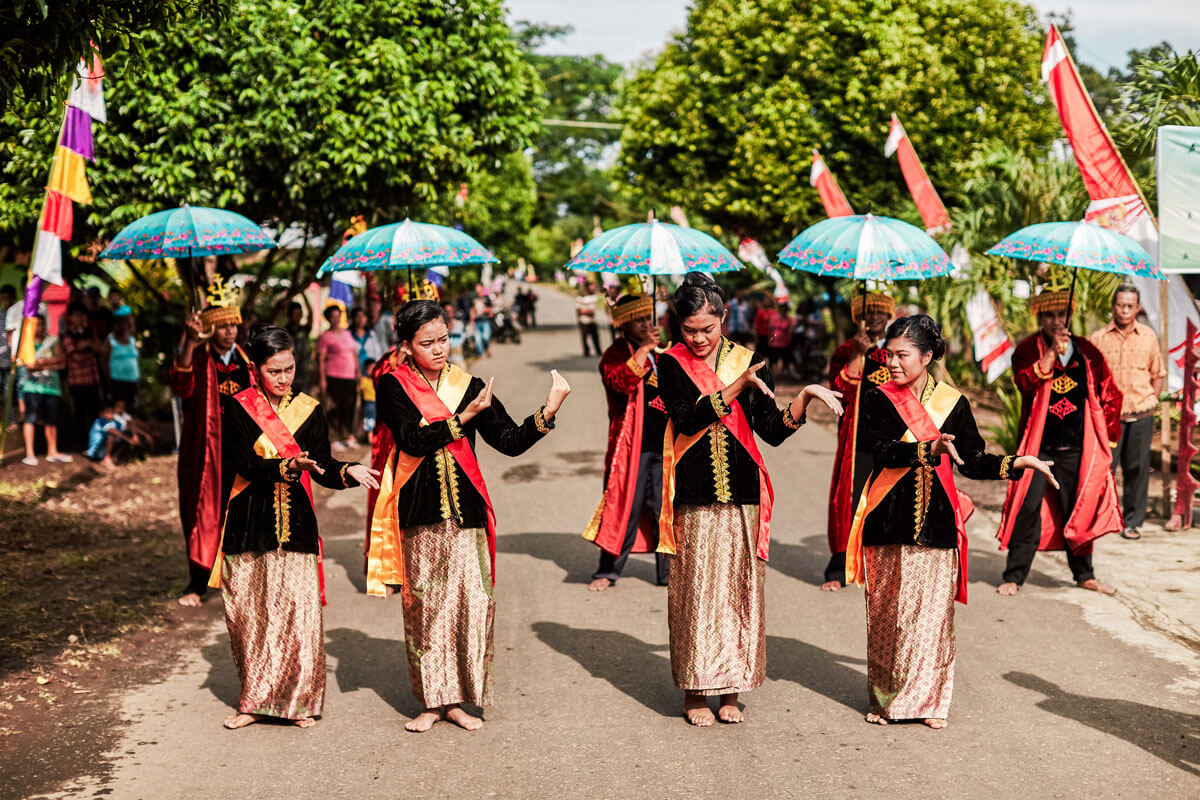 Indonesians are predominantly Muslims, but with a history of Portugese and Dutch colonisation, there are traces of Christianity and Catholicism in Indonesia.

Did you know? Despite the vast majority of Muslims, there are over 61,000 churches in Indonesia. 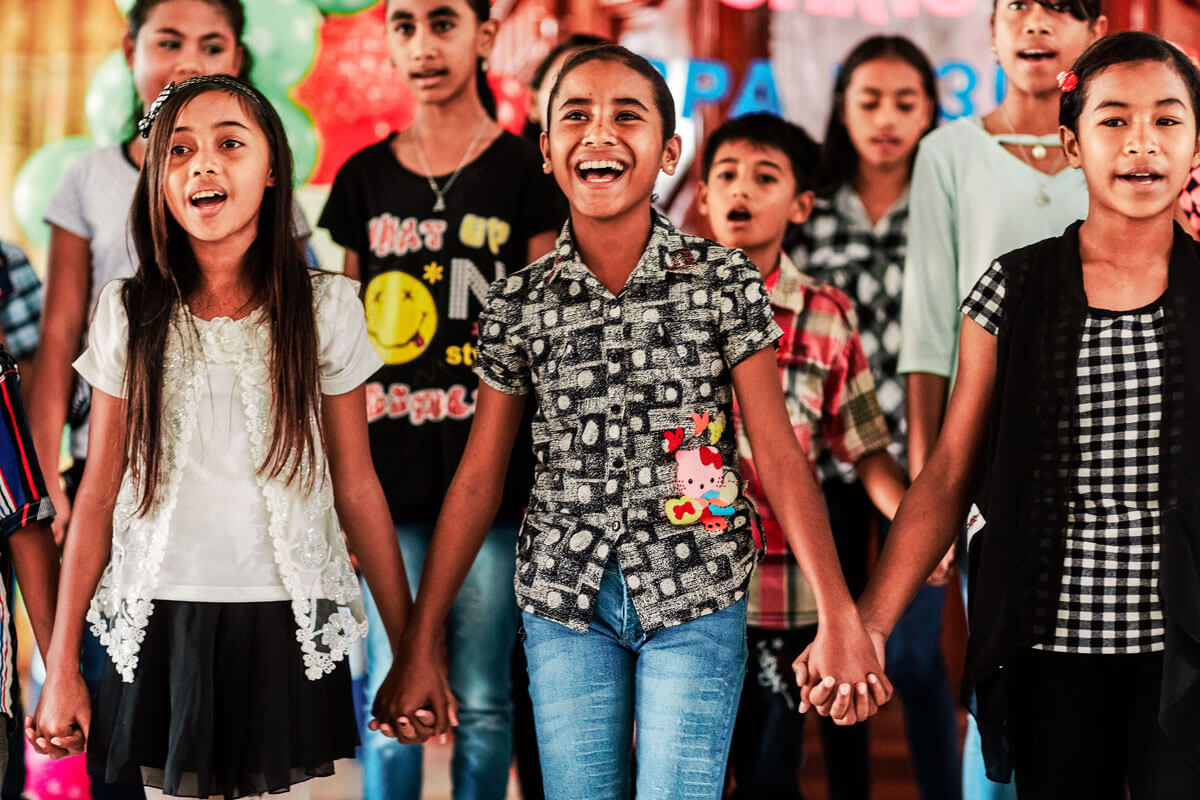