Compassion began partnering with churches in 1968.

1,984
mums and their babies supported

In July 2021, Indonesia was the global epicentre of the COVID-19 pandemic, with daily reported cases reaching over 55,000. Indonesians have been deeply affected economically and emotionally by the pandemic and its restrictions, with reports of violence against children dramatically increasing.

Our local Indonesian church partners have continued to serve children in poverty by offering home-based care or gathering in small groups. Many centres are now returning to their usual activities. Since the beginning of the pandemic, they have been able to deliver over 2,205,000 food packs and 1,468,000 hygiene kits to Indonesian families in need.

Watch the video below from our Indonesian neighbours to learn more. 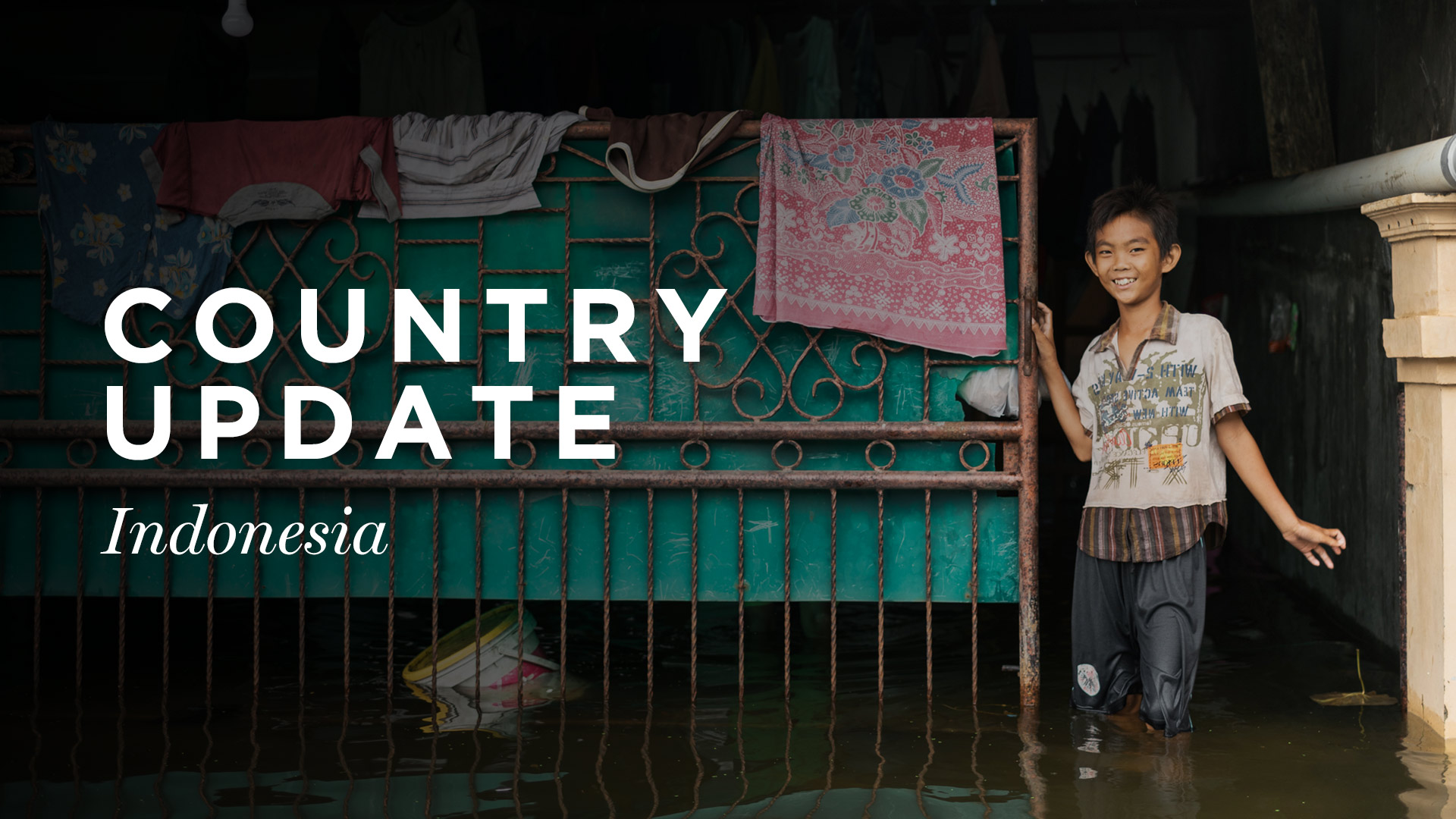 How is Compassion currently operating in Indonesia?

Thank you for praying for the children, families and local church partners we serve in Indonesia! 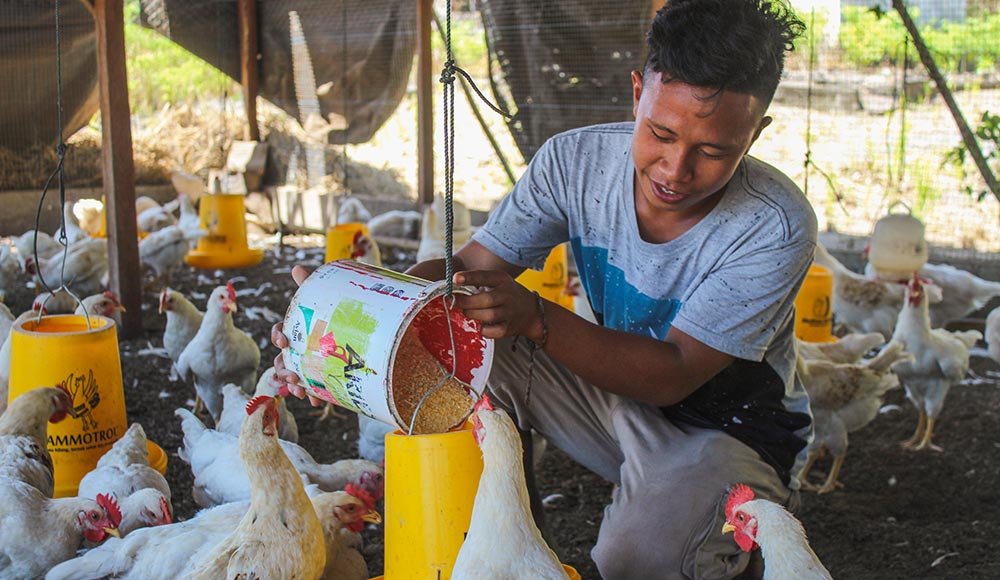 A welcome gift in Indonesia

Since he was a young boy, Toni had one dream: to be an entrepreneur with his own chicken farm. He never imagined he would achieve his dream at 19 years old amidst a global pandemic. As COVID-19 has wreaked havoc on Indonesia’s economy, daily workers like Toni’s parents have been among the hardest hit.   Read more open_in_new

A welcome gift in Indonesia

Since he was a young boy, Toni had one dream: to be an entrepreneur with his own chicken farm. He never imagined he would achieve his dream at 19 years old amidst a global pandemic. As COVID-19 has wreaked havoc on Indonesia’s economy, daily workers like Toni’s parents have been among the hardest hit.

Aware of their son’s aspirations to have a chicken farm, Toni’s parents had been quietly putting money aside for the past year to help him construct a chicken coop.

In March, Compassion Centre Director Fransin Wagiu turned up on Toni’s doorstep. He came with welcome news: Toni’s sponsor had sent one last financial gift. It was enough to purchase 500 baby chicks and feed. The coop built with his father was filled with chickens and Toni was open for business.

In his first month of business, Toni sold 350 chickens which was enough to buy food for the family. He has plans to expand the farm in future by getting his heavy machinery license.

“It is like God has prepared my family and I for the crisis,” Toni says with a thankful heart.

Today, Toni is the only young man in his village who owns a chicken farm.

Please note: many child development centres in Indonesia are still operating at varying capacities due to the impacts of the COVID-19 pandemic. Our local church partners continue to deliver holistic child development to registered children through home visits, small group activities and virtual methods where possible.

A snapshot of Compassion's Child Sponsorship Program in Indonesia 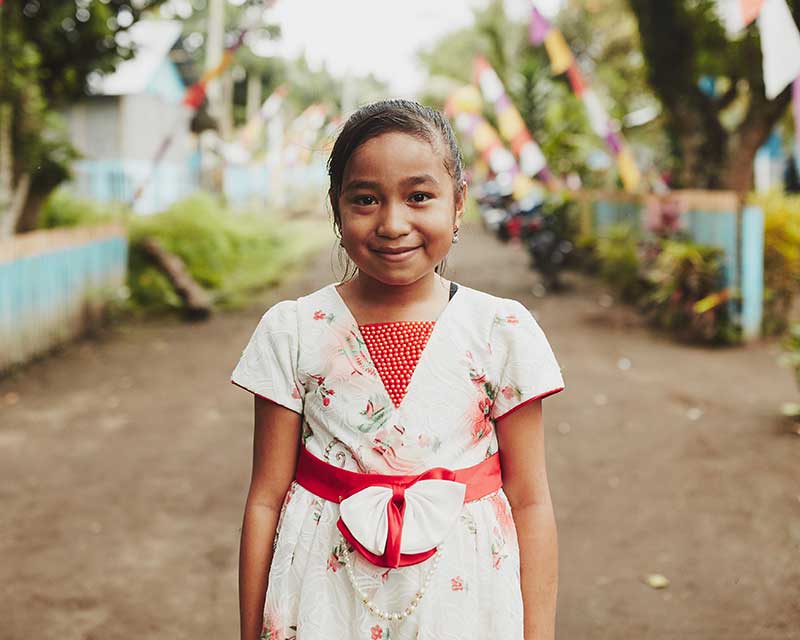 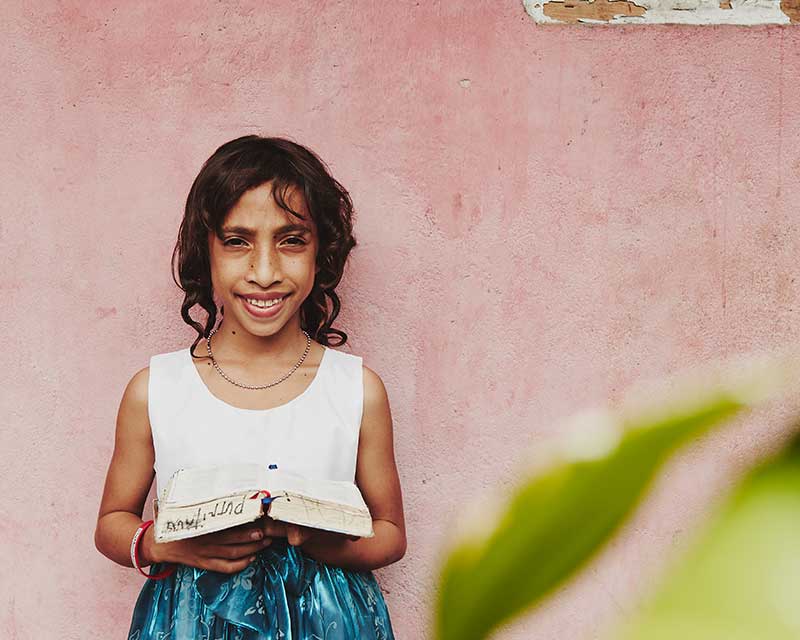 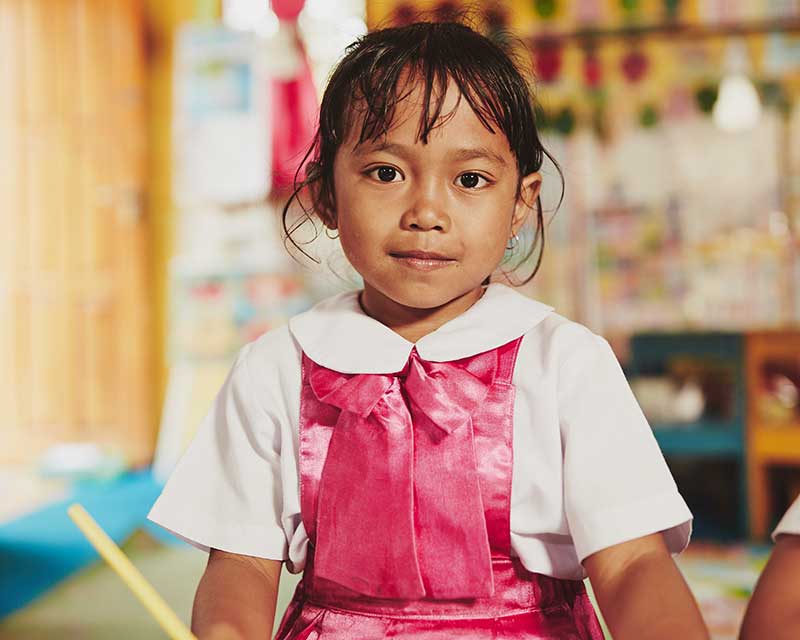 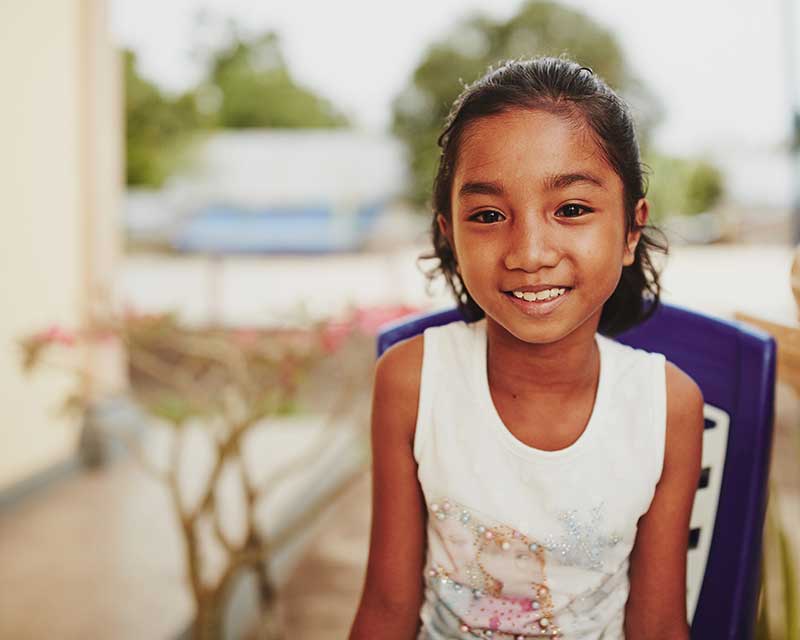 9:00am - Spiritual lessons where children sing songs and learn Bible stories. They are given complete Bibles once they enter middle school.

12:00pm - Lunch time where the meal usually consists of rice, meat, vegetables and fruit. Milk is provided for young children. Typical Indonesian foods that are rich with protein such as ‘Tempe’ and tofu are often provided. Children are given meals once or twice a week.

The greatest needs impacting children living in poverty in Indonesia

Indonesia is the fourth-most populous country in the world, and its urban growth rate is enormously high. Infrastructure and resources are under constant pressure, with the conservation of Indonesia’s forests and peat lands a particular struggle.

Many of Indonesia’s more than 17,000 islands are at high risk of earthquake and volcanic eruption. Hundreds of thousands of families have been displaced and severely affected by natural disasters in recent years. Unfortunately, the number of children living on the streets has dramatically increased as a result, and many of these children suffer abuse through exploitation and child trafficking.

While poverty and low living standards persist throughout Indonesia, particularly in rural areas, there has been progress in the past decade.

Indonesia elected the Governor of Jakarta, Joko Widodo, as President in 2014 after decades of military and autocratic rule. Mr Widodo, a former furniture maker known as an advocate for the poor, ran on a platform of reform, promising to eliminate corruption and modernise the nation.

Despite its growth as an emerging economy, Indonesia is the world’s fourth-most unequal nation, with its population’s richest one per cent controlling 49.3 per cent of its total wealth. President Widodo announced a new focus on addressing economic inequality in 2017, and the outcomes of that shift will be hugely important for the millions of Indonesians who still live in poverty.

SPONSOR A CHILD IN Indonesia keyboard_arrow_right

3 People On the Moment They Met Their Sponsored Child

You see their photo on your fridge every day. You pray for them while stuck in traffic. You wonder if the words you write really sink in; or if what you’re doing even makes a difference. Three Newcastle women had all these questions answered and more when they met their precious sponsored children in Indonesia... Read more