How to Love My Neighbour Devotional: Day 2

The Word became flesh and made his dwelling among us. We have seen his glory, the glory of the one and only Son, who came from the Father, full of grace and truth. -John 1:14

Acting like a good neighbour can be easy when we’re dealing with people we like, people that are similar to us or even just people we know. In our neighbourhood, we might find it easier to connect with one neighbour more than another.

However, in Jesus’ definition of neighbour, similarity, familiarity and fondness doesn’t factor in when it comes to helping someone in need. Love transcends all barriers.

In the Parable of the Good Samaritan, Jesus highlights that the person who stopped to help the Jewish man bleeding on the side of the road was, in fact, a Samaritan. There was a long history of hostility between Jews and Samaritans. Most Jews would not travel through Samaria. In fact, they went by a longer route to avoid Samaria altogether so they wouldn’t need to have any contact with the Samaritans.

This detail would have been shocking to the people listening to Jesus tell the story. Of all the people who passed by, the Samaritan would be the least likely to be the man’s neighbour, and yet we find that he was the one who acted most like one.

The Samaritan crossed racial, political, cultural and social barriers because he saw someone with a need, and he had the resources to meet that need. 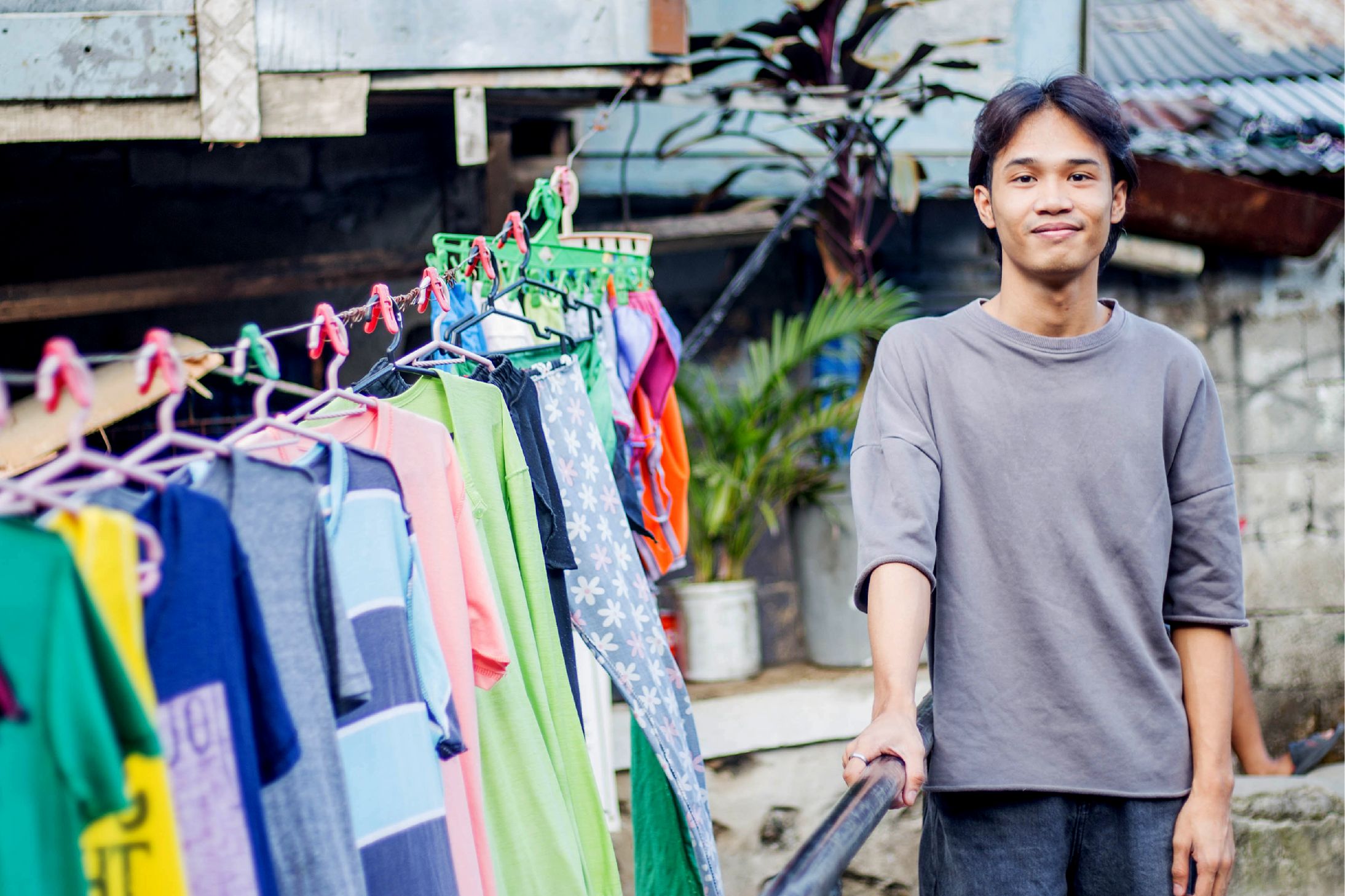 Aljon grew up in a crowded, hillside squatters' community outside of Manila in the Philippines. His parents were out of work, and often they had nothing to eat. In 2003, at six years old, he was registered into the Child Sponsorship Program and his life changed. Since graduating from the program in 2018, he has constantly thought of how he can give back.

In early 2019, Aljon signed up to be a correspondent to two sponsored children, one in Thailand and another in Ethiopia, on behalf of their financial sponsors who were unable to write. He had never been to Thailand or to Ethiopia and had never met the children he faithfully corresponded with, but that didn’t stop him from serving them in the way that he was able.

In Ethiopia, six-year-old Kenenisa treasures Aljon's letters. "When he receives a new letter, he won’t rest until I have read it to him. Sometimes, I read it to him over and over again and he never gets tired of it,” says Kedir, Kenenisa's father. 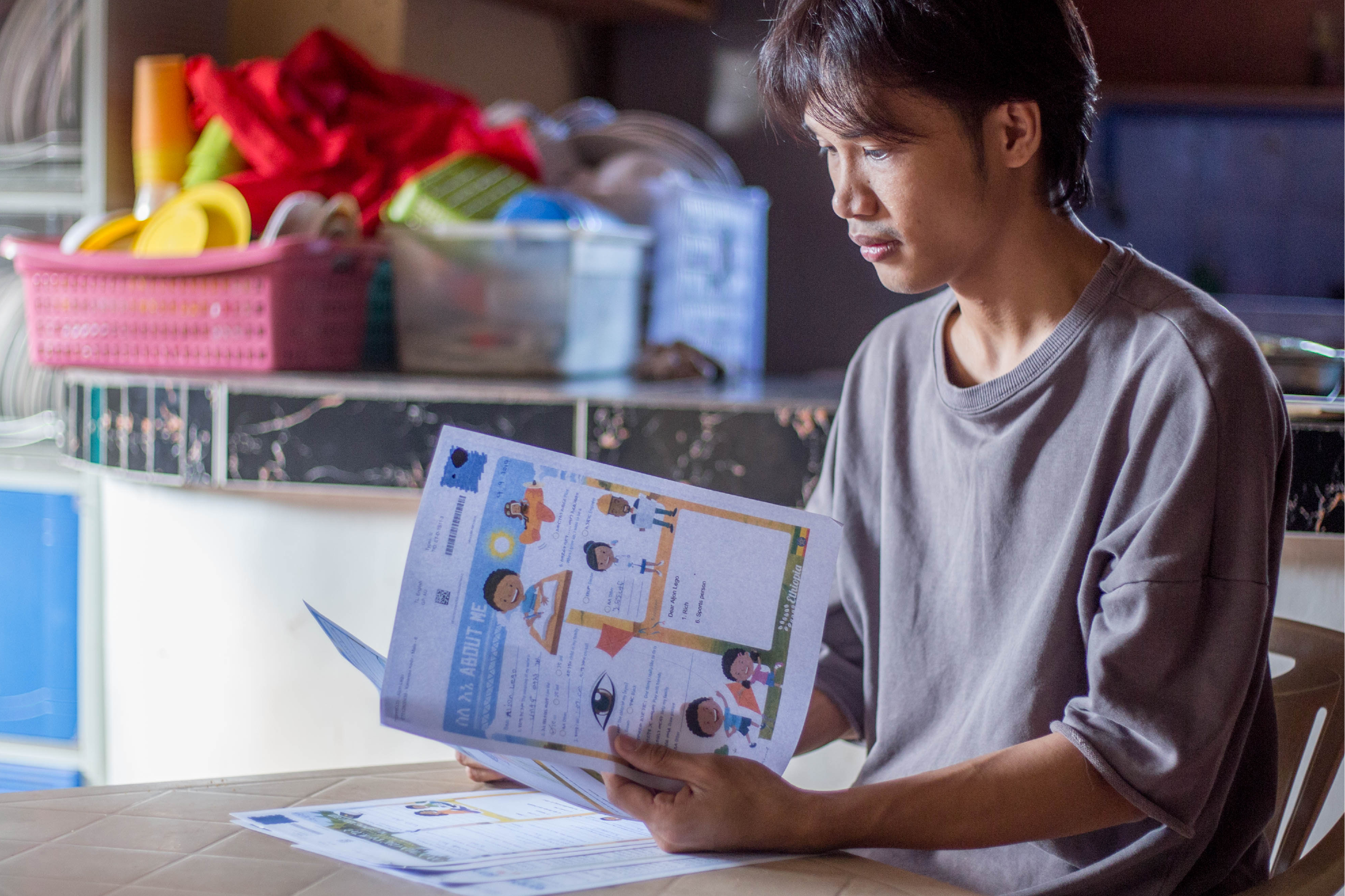 Aljon includes the children as part of his own prayer life and fervently hopes they too would come to know the love of God just as he has. “They are part of my life now, and definitely part of my prayers. My prayer to God, always, is for them to grow up living the purpose God has for them.” he says.

Being a good neighbour means we can love those we don’t know and are different from us. Jesus Himself modelled how to love people who were different. In the gospels, we read that Jesus, the Son of God, chose to eat with tax collectors, befriend fishermen, spoke to lepers and showed grace to sinners. He crossed all barriers when He came into this world, leaving the glory of heaven to place Himself in our path in our time of greatest need.

As John says, “the Word became flesh and made His dwelling among us.” And while we were still sinners, He gave His life for us in the greatest outpouring of love the world has ever seen.

Jesus showed us how to be a good neighbour.

He showed us how to truly love others, not just in word but also in deed.

What are the underlying fears or desires in your heart which make it hard for you to love your neighbour?

Lord, thank You for showing me how to be a good neighbour to every person regardless of who they are. Help me to connect with and love people who are different from me, just like You did. I pray you give me Your grace to open my arms and my heart to them. Amen.

What is one way that you can build a bridge with someone you know is different to you? Perhaps it can be as simple as sending an encouraging message or taking time to prayerfully consider their approach to a situation.