Learning How to Forgive after Being Set on Fire

There are stories out there that are incomprehensible. Steven’s is one of them. Almost two years after he was set on fire and left to die, this is how Steven is learning to forgive.

It was a regular Sunday morning in May, 2017. Steven, an obedient and affectionate child, was 11 years old. He attended Sunday school at the local church where he was registered in Compassion’s Child Sponsorship Program. He would have played games, sang praises to God and enjoyed seeing his friends.

As he walked home from church, he stopped by the river in his hometown of Esmeraldas, Ecuador. Three teenagers approached him and told him to ‘play’ with them. Steven felt uneasy. Their invitation seemed harmless, but their manner was aggressive and intimidating. Wary, he declined. He was happy playing by himself.

The teenagers’ reaction was extreme.

They tied him up.

They poured petrol over his body.

They set him on fire.

How could anyone do this to a child?

Miraculously, Steven survived the attack. He ran into the river to put out the flames, and was rushed to a local hospital.

More than 65 per cent of Steven’s body was covered in third degree burns. He desperately needed help, but the hospitals in Esmeraldas were not equipped to deal with the severity of Steven’s condition. With his kidneys failing, the best option for his survival was to transfer him to a larger hospital.

Doctors predicted Steven had just a 10-20 per cent chance of making a recovery.

If he was to live, he needed specialist care in the United States. Compassion mobilised supporters and prayers for Steven went out across the globe. Together with other charities, Compassion helped to raise funds to ensure that his medical bills and transportation fees could be paid. A few weeks later Steven was air-lifted to a burn unit in the US for the next phase of recovery. His time in the US would include surgeries and different treatments, costing hundreds of thousands of dollars.

Thanks to the generosity of supporters, these costs would be completely covered. Compassion committed to pay the hospital fees to ensure that Steven could stay as long as he needed. 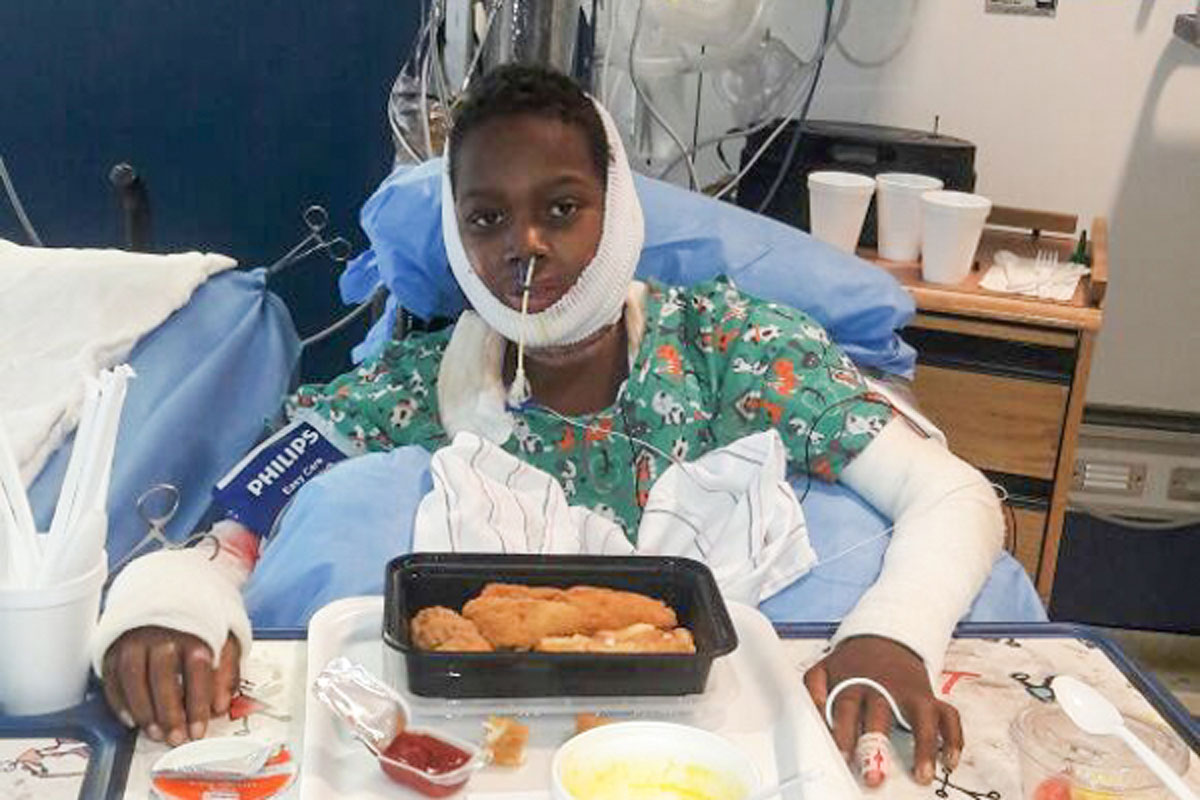 65 per cent of Steven's body was covered in burns

Steven remained in the Intensive Care Unit for several months. He had to relearn how to walk, feed himself and sit up. His older sister Karina left college so she could be by his side.

And yet, while his body gradually healed, his psychological scars became apparent.

With the constant prayers and support of his family, his church, local Compassion staff, and through the assistance of counselling, Steven found the strength to fight back from the brink of death. He even had a visit from his sponsor, Carol, to lift his spirits. 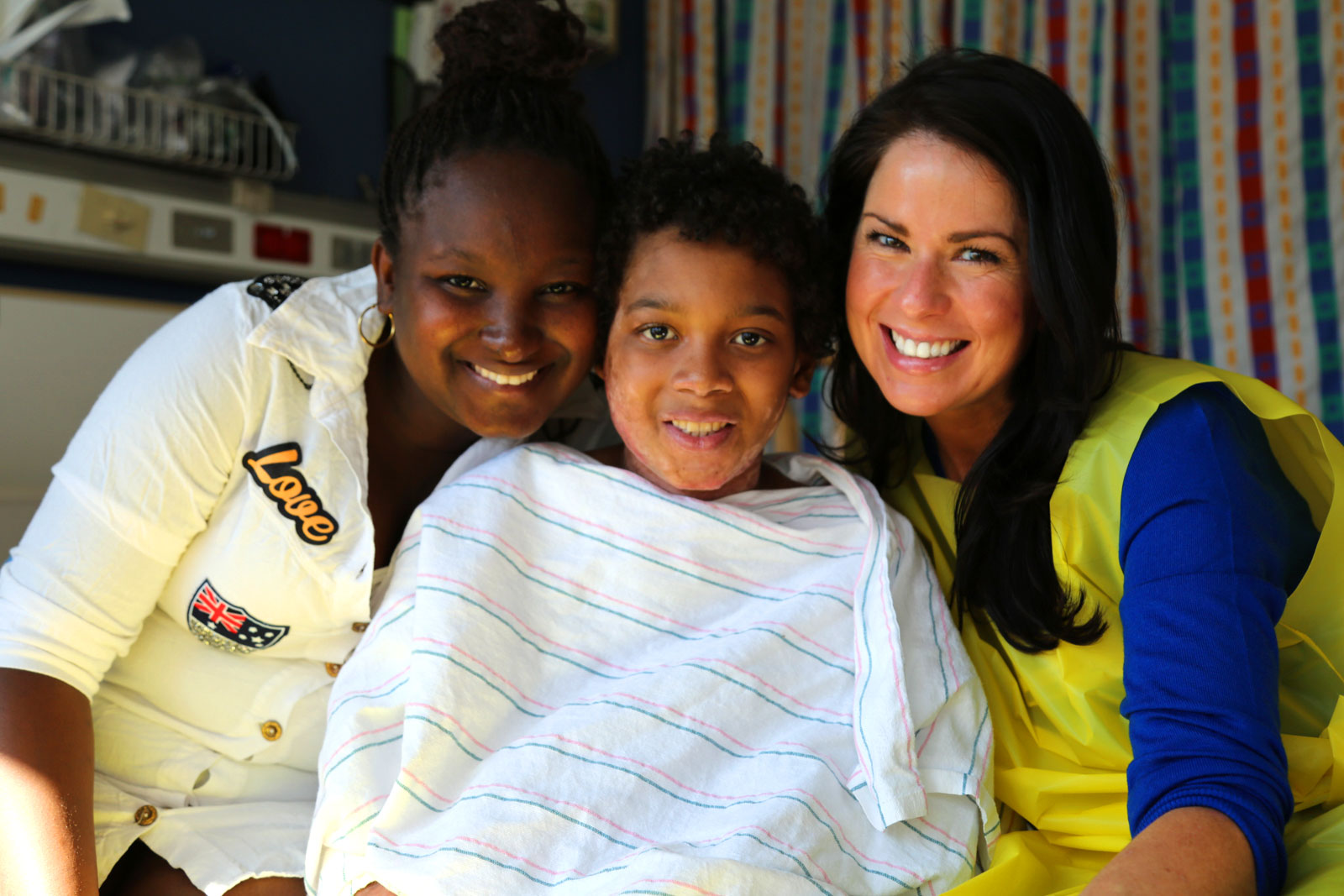 Carol, Steven’s sponsor, was able to visit Karina and Steven at his recovery unit in the US

But still something made Steven feel anxious: his facial scars. He worried what his friends and family would think when he returned home. Would they still accept him now that he looked so different?

Five months after he first left Ecuador, Steven and Karina journeyed home. Being personally greeted by the President of Ecuador made Steven feel special, but the best feeling was when he reunited with his friends and family. They were just happy that he survived. They couldn’t wait to see him.

Steven is fortunate to be alive, and he knows it.

“I’m blessed because my entire body is complete, even if I have scars,” says Steven. “I am very lucky because I could have died, but God did not allow it to happen; he gave me another opportunity to live.” 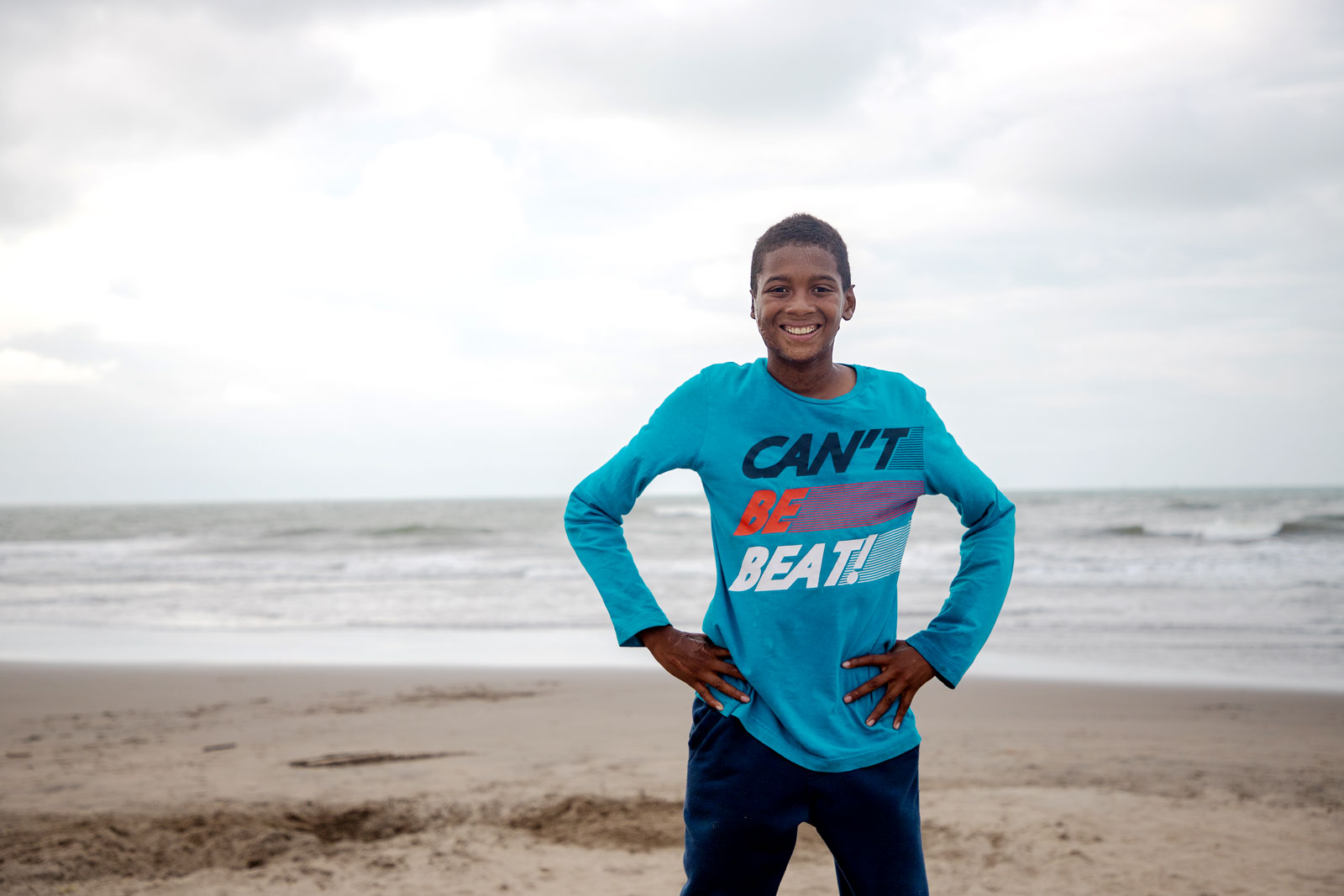 Two years on since the violent attack, Steven’s physical recovery has been remarkable. But his emotional scars run deeper. He struggles with anger and there is still a long journey ahead for the thirteen-year-old and his family.

Steven and Karina have moved several hours away from Esmeraldas to be closer to medical care, and there are more surgeries scheduled in the US later this year. We ask you to please keep Steven in your prayers as he continues to process his traumatic ordeal.

Steven is doing his best to adjust to his new life, and thanks God for the support he’s received from the staff at his local Compassion centre who prayed and supported him, the doctors for their patience and care, and his family for being by his side.

He’s also learnt an important lesson, perhaps one of the most important lessons of all. “Through prayer I have learned to not hate those who hurt me,” says Steven. “[God] helped me to be alive and I am grateful to God.”