Compassion began partnering with churches in 1974.

1,319
mums and their babies supported

The pandemic has sadly exacerbated poverty and unemployment rates in Ecuador. The hospital system has experienced great strain due to the number of COVID-19 cases. Child development centres in Ecuador continue to support registered children through home visits, phone calls and some small group gatherings. Some centres are still unable to meet in person.

Since the beginning of the pandemic, local workers have delivered over 1,508,400 food packs and 549,100 hygiene kits to families in poverty.

The Compassion Ecuador National Office has faced many closures over the last two years because of the COVID-19 pandemic. This has disrupted the child and sponsor letter printing, translation and delivery process significantly. Letters have now resumed and our local staff are working hard to process the thousands of heartfelt messages from sponsors around the world. We anticipate that communication between children in Ecuador and their sponsors will start to become much more regular.

Watch the latest update from Ecuador below to learn more. 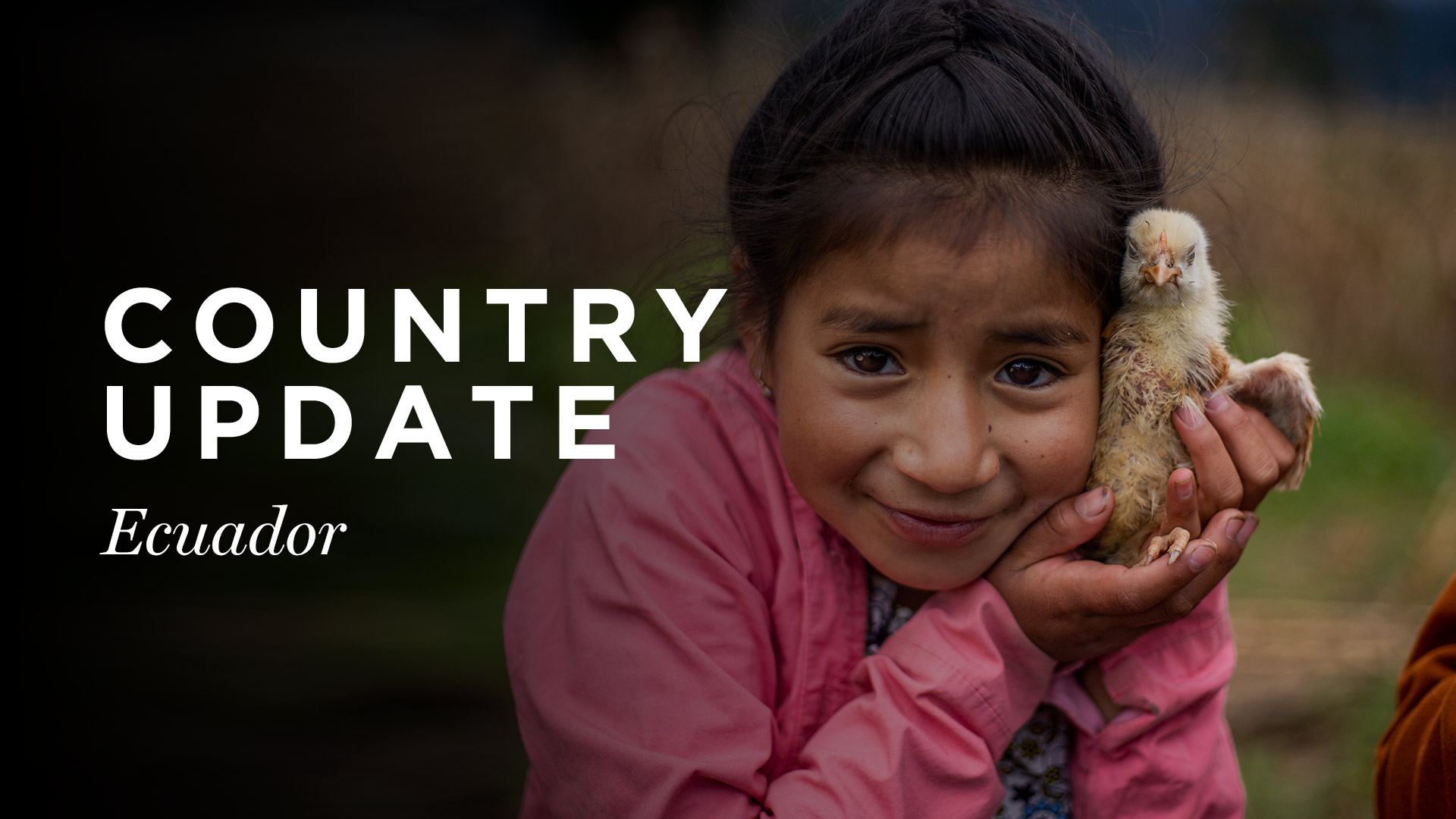 How is Compassion currently operating in Ecuador?

Thank you for praying for staff, children and families in Ecuador. 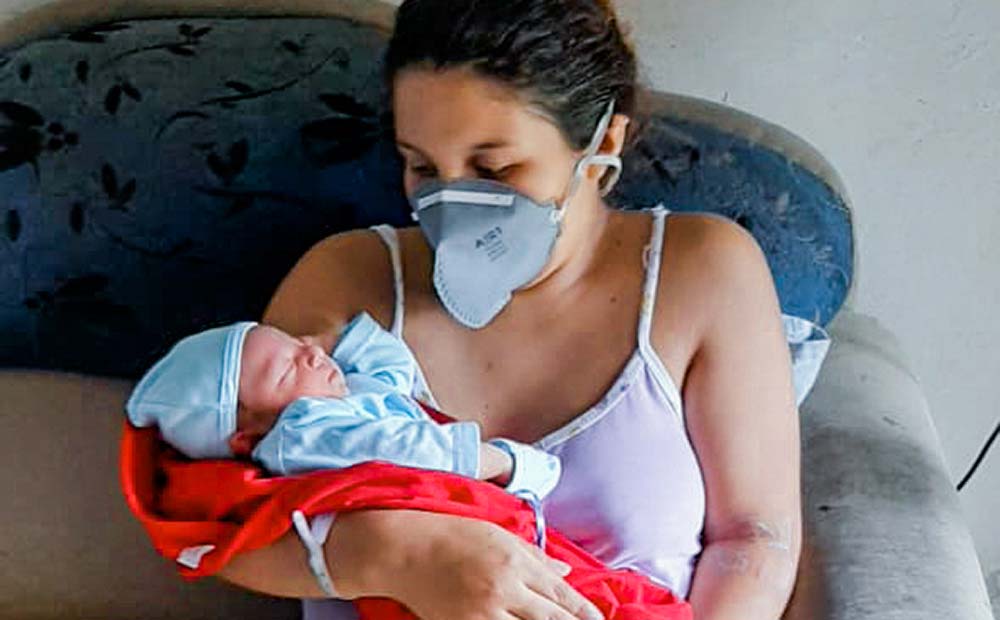 Having a baby can be a daunting experience for mothers living in poverty with limited access to healthcare. During a global pandemic, delivery has become even more difficult.   Read more open_in_new

Having a baby can be a daunting experience for mothers living in poverty with limited access to healthcare. During a global pandemic, delivery has become even more difficult.

Luan's mum, Soraya, was ready for a difficult delivery when Ecuador went into lockdown. But through it all, she knew God was with her.

After hearing that Soraya was in labour, staff from the local Compassion Mums and Babies survival project where she was registered immediately organised transport to the hospital.

Even though the car was pulled over multiple times by local police along the way, she made it with time to spare, and safely delivered her baby boy.

"They took care of me and helped me when my baby was born," says Soraya. "I am also grateful to God that they always take care of me, even during a world crisis."

Please note: Due to the current pandemic, many child development centres in Ecuador have temporarily paused large group activities. Our local church partners continue to meet the urgent needs of the children through smaller gatherings and home-based care.

A snapshot of Compassion's Child Sponsorship Program in Ecuador 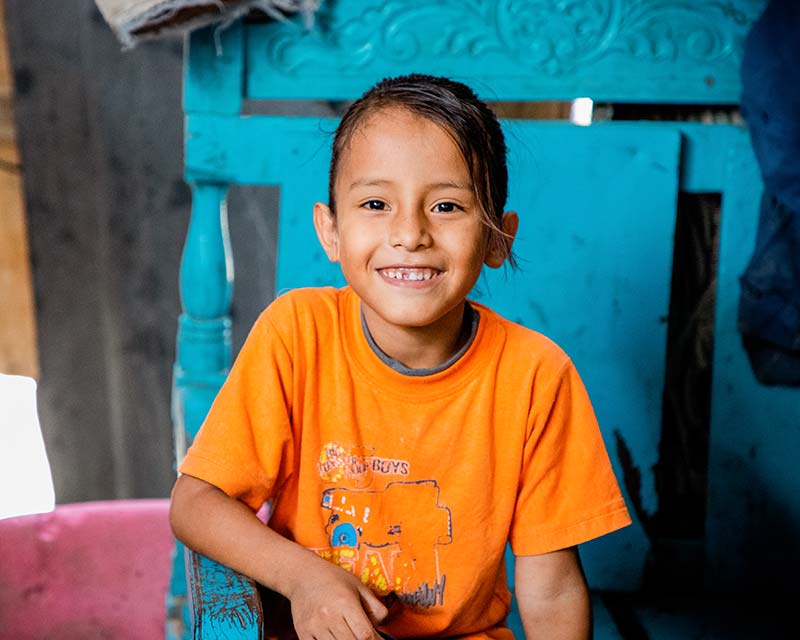 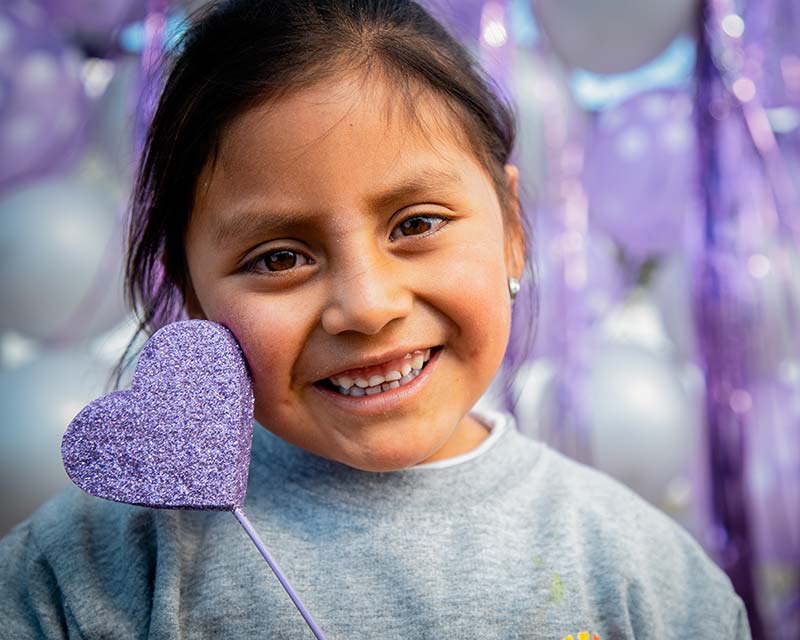 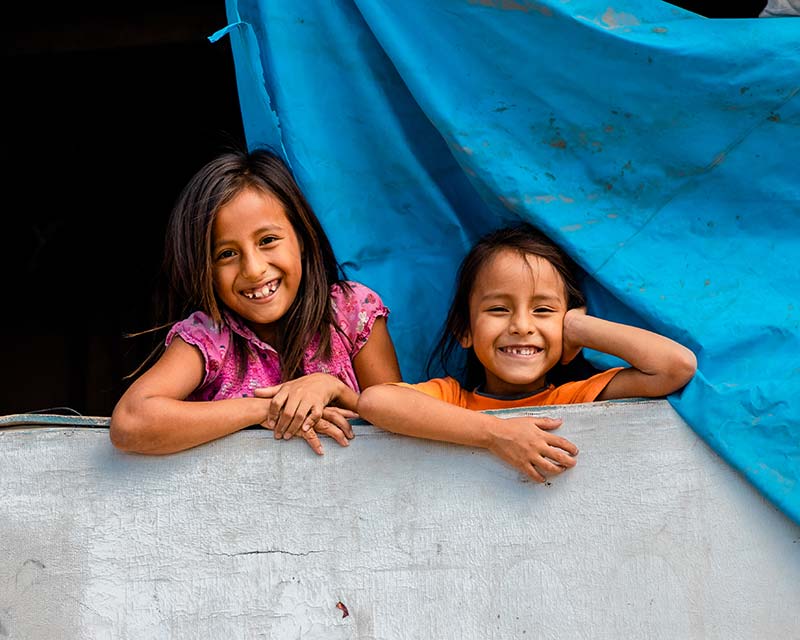 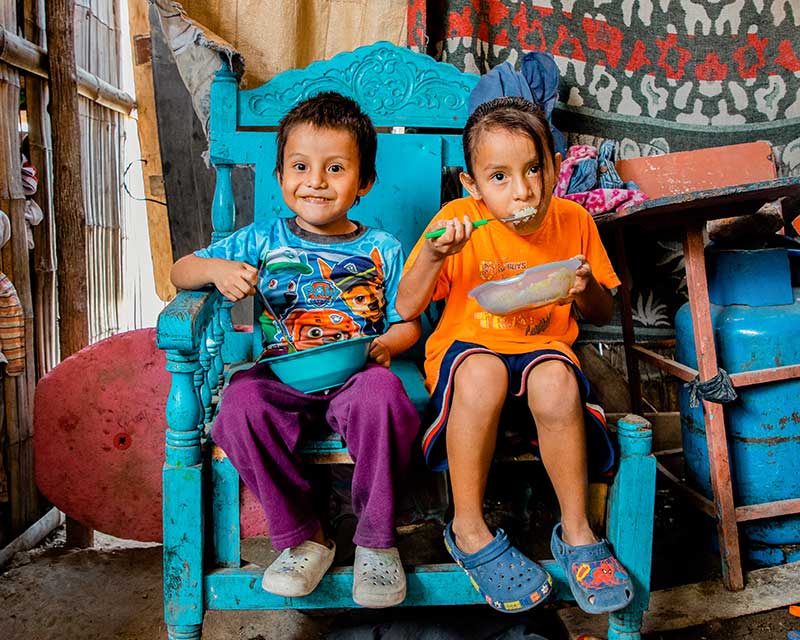 Lunch and social time - Children usually receive lunch each day they visit the Compassion centre at the local church. A typical lunch generally consists of soup or vegetables and meat, and a main dish containing carbohydrates, proteins and vegetables. Some centres offer snacks to the children before they go home—it is common to provide additional food to children under the age of five.

In addition to Compassion’s curriculum, children have opportunities to participate in activities including football, art, music and dance. Some centres also organise trips and camps. Compassion Ecuador has an additional certified curriculum for teenagers called ‘More Than Conquerors’ which covers vocational training, including 17 different workshop topics. Parents and caregivers are offered parenting classes once a month.

The greatest needs impacting children living in poverty in Ecuador

Ecuador made big economic gains in the second half of the 20th century and many people benefitted. Yet millions still live in extreme poverty, with indigenous and minority groups the most disadvantaged.

In recent times, this progress has come under threat and even been reversed. In fact, the country’s National Institute of Statistics and Census reported that Ecuador saw an increase in poverty from 21.5 per cent to 24.5 per cent—and extreme poverty increased from 7.9 per cent to 9 per cent—in the first six months of 2018.

Since 2015, Ecuador has received more than 1.2 million refugees from Venezuela, as well as some from neighbouring Colombia. The UNHCR estimates that up to 5000 people arrive at the border daily, most hungry, vulnerable and desperate. Many of them pass through the country on their way to Peru, but a rising proportion are choosing to stay. Despite its reputation as Latin America’s top recipient of refugees, Ecuador is struggling to cope and new entry restrictions imposed this year have effectively closed the border to many.

President Lenin Moreno took office in 2017 after winning a run-off election in controversial circumstances. He campaigned on a platform of financial accountability in government and proposed new programs to provide better housing for the poorest sections of the community. Despite some key reforms (such as limiting the number of terms an individual may serve as President) many citizens say their country has gone backwards.

For children, access to education and medical treatment continue to be major hurdles, particularly in rural areas where incomes are lowest and services are not available. The public education system provides free schooling for all children, but the practical problems of covering the costs associated with education—providing books and other learning materials, transport, food, etc—are such that many miss out.

This problem gets worse as the children get older, with many high school students dropping out of school to look for work instead. While this decision can increase their family’s income in the short-term, it can limit the children’s opportunities for higher-paid work later—and even put them in situations where they can be vulnerable to exploitation.

Hunger and malnutrition still affect many children, particularly in rural areas, where ongoing drought and soil degradation are resulting in smaller harvests. Farmers are finding it more difficult to feed their families. The past year has also been especially bad for bushfires in the mountains.

Through all these challenges, the local church is a pillar of strength. Families find strong support to meet their practical, emotional and spiritual needs and look to the future with hope for their children.

SPONSOR A CHILD IN Ecuador keyboard_arrow_right