Sponsored as a young boy by the former President of the United States in secret, Timothy Villalba reveals how the support shaped his life today.

In the early 2000s, George H W Bush was attending a Christmas concert in Washington, surrounded by a wall of solid, stoic security, when he did something that alarmed them. In response to a message from the stage, the 41st President of the United States of America raised his hand and asked to sponsor a child.

The photo he received was of Timothy Villalba, a seven-year-old boy living in poverty in the Philippines. For the three years George H W Bush was his sponsor, Timothy received letters of encouragement from ‘George Walker’, a self-described “old man” who “who loved him already” and lived in Texas. 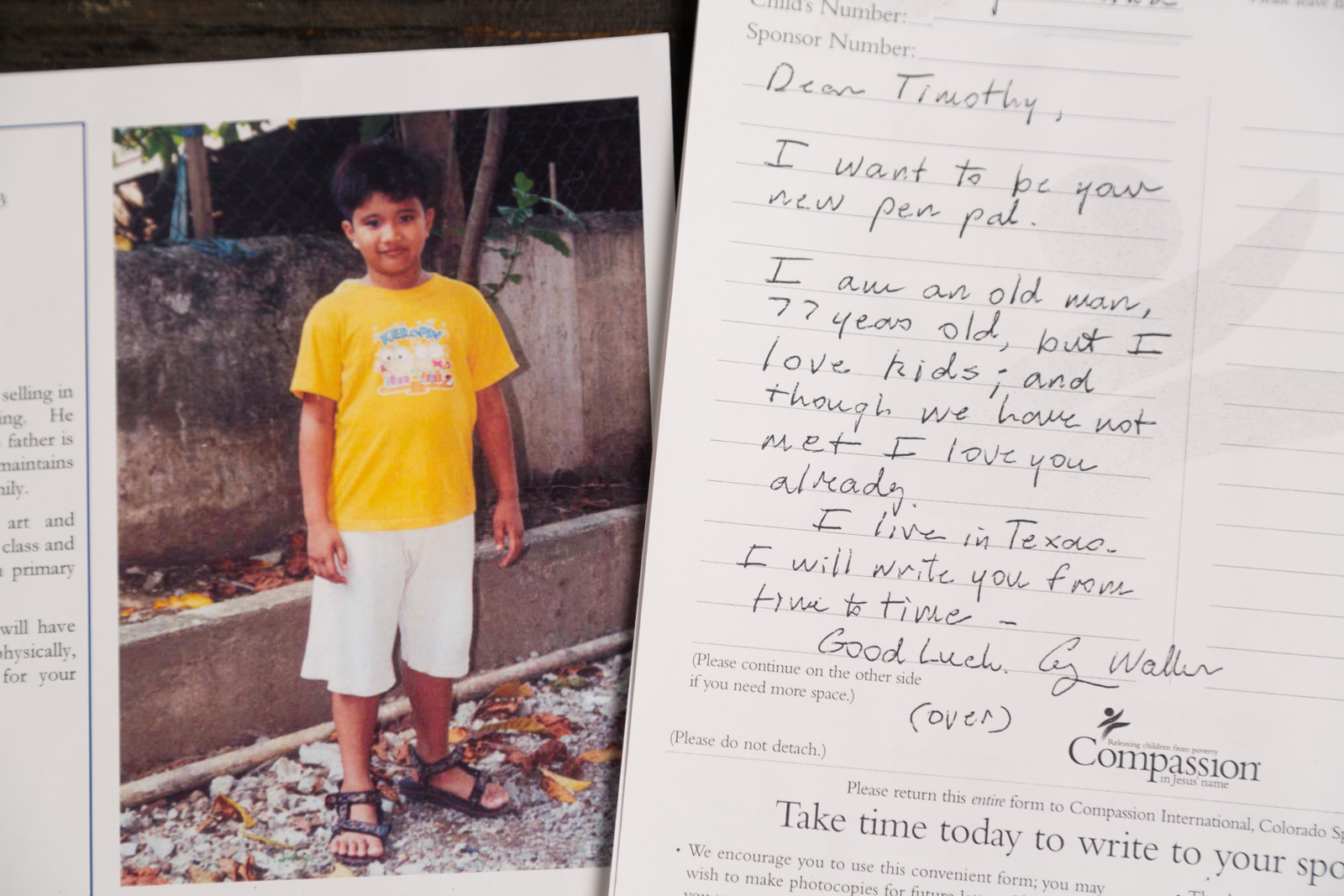 “Dear Timothy, I want to be your new pen pal. I am an old man, 77 years old, but I love kids and though we have not met I love you already. I live in Texas. I will write you from time to time.”

After three years of corresponding with Timothy, President Bush, now in his 80s, asked his executive assistant Angie Lathrop if she would become Timothy's sponsor in his place. In 2010, she met Timothy in the Philippines and broke the news about his former sponsor's identity. He was astonished at the news and said that until the White House confirmed the news after the former President's passing in November 2018, a small part of him couldn't quite believe it.

Now married and a community officer in the Philippines, Timothy shares the experience of being sponsored by one of the most powerful men in the world. 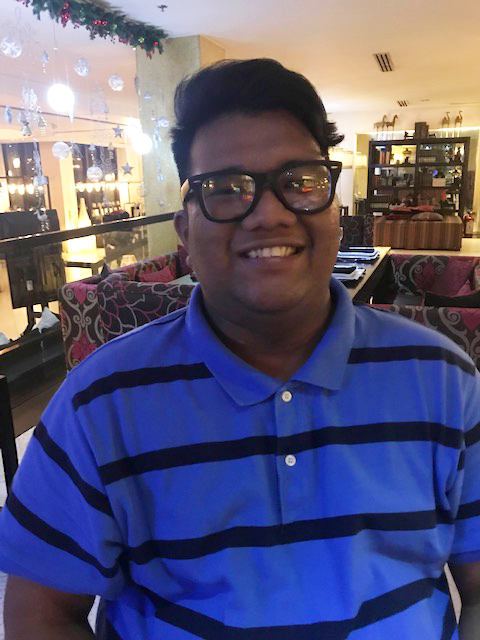 “I am Timothy Villalba, a former beneficiary of Compassion’s Child Sponsorship Program. My sponsor was the former President of America, President George H W Bush. I am now 25 years old and will forever be grateful that I have been part of Compassion’s program through the Lifestream Student Centre at Capitol City Foursquare Church. I was a beneficiary from four years old to 14 years old. At Lifestream, I learned many things about God, about being a good boy, and I fell in love with music. My love and passion for music began at the student centre.

Each Compassion beneficiary is provided the opportunity to become a happy, healthy, well-educated, and God-fearing child. Having President Bush as a sponsor was a bonus. Wow, I still can’t believe it. Imagine, of the millions of children that Compassion is sponsoring, I was chosen by the president of America to be his sponsored child from many miles away. He became my sponsor when I was seven years old and he went by the name of George Walker.

I also remember receiving so many encouraging letters from him, a calculator, and coloured pencils and coloured markers. I was eight years old then and I really loved drawing pictures. I sent some of my drawings to him, and now I realise that as a kid I was sending my drawings to the White House. Now I feel embarrassed because my drawings were not good!" 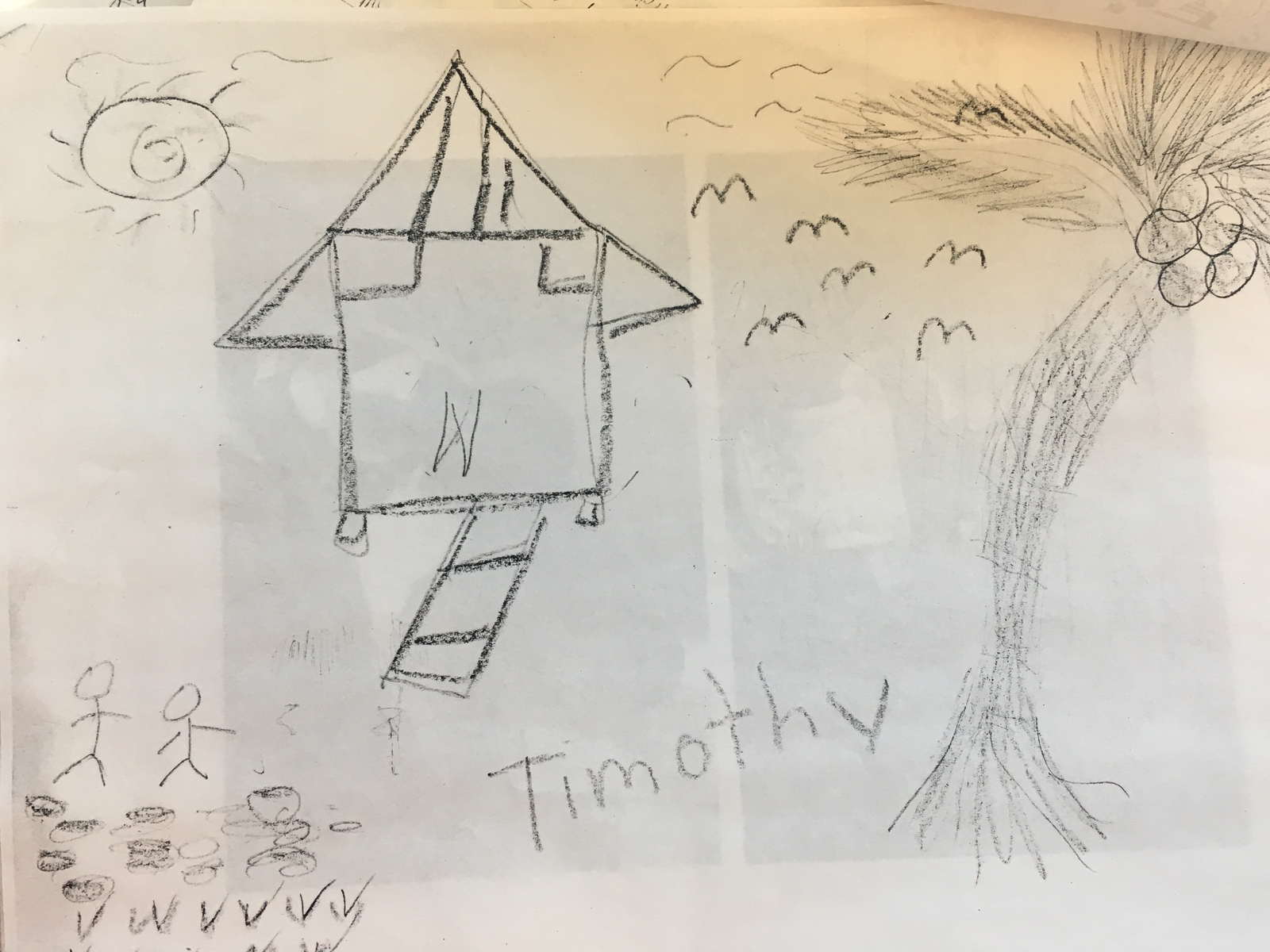 One of Timothy's drawings that he sent to 'George Walker'. 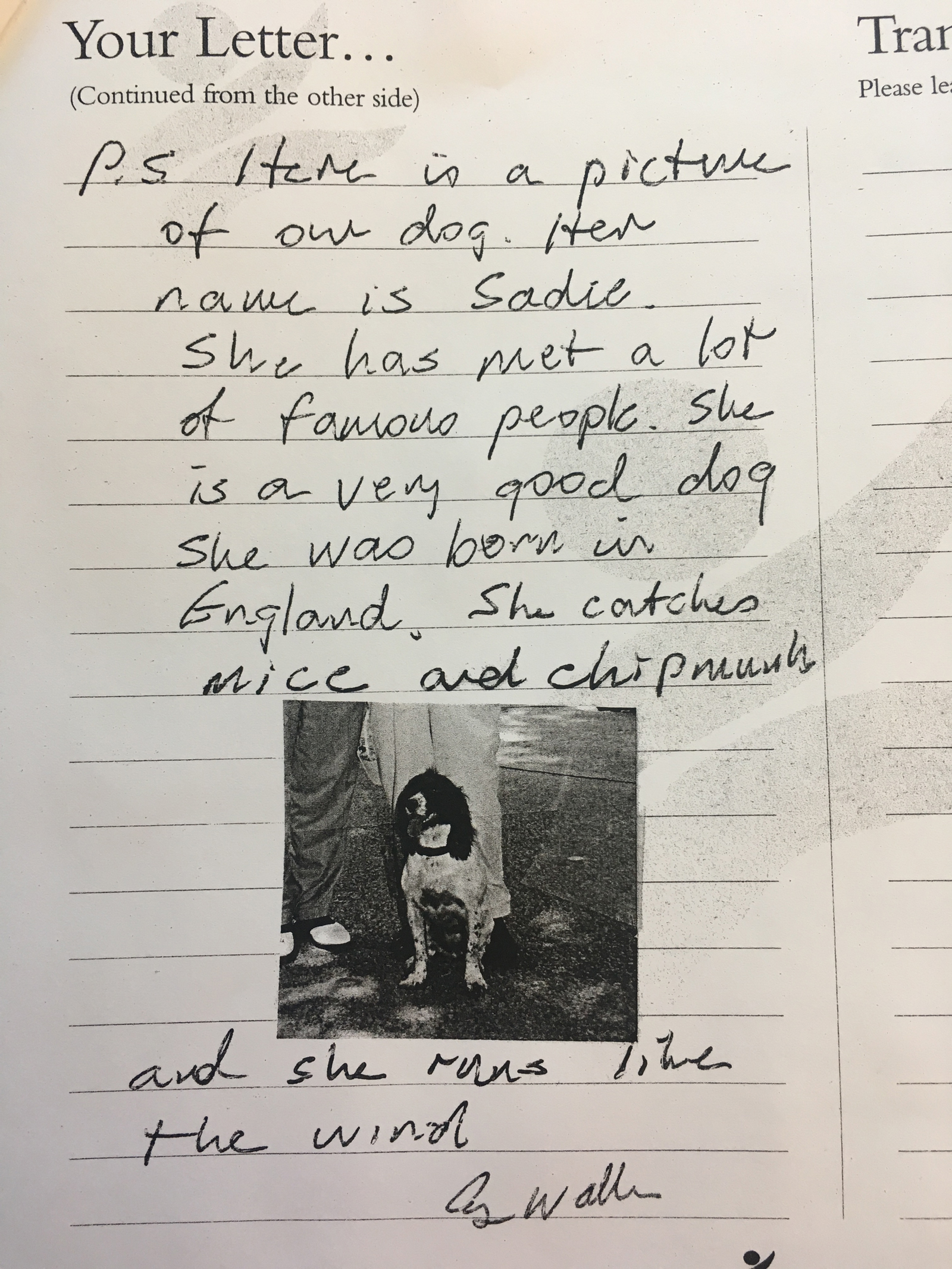 Compassion International’s president at the time, Wess Stafford, was tasked with screening the letters. As time went by, the former President began sharing a little more information than he was supposed to. ‘Here is a picture of our dog. Her name is Sadie. She has met a lot of famous people.’ 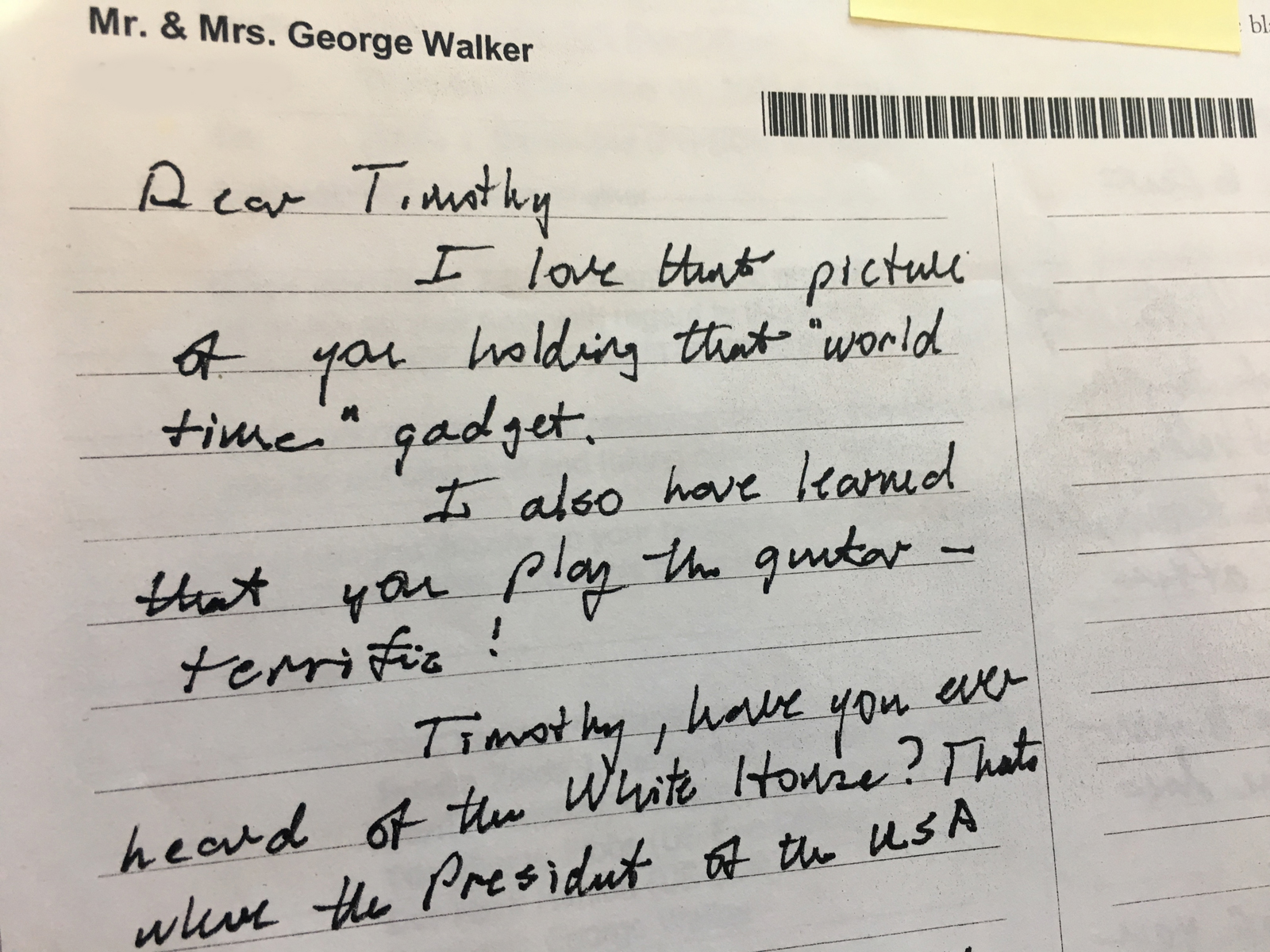 ‘Have you heard of the White House? That’s where the President of the USA lives…’ 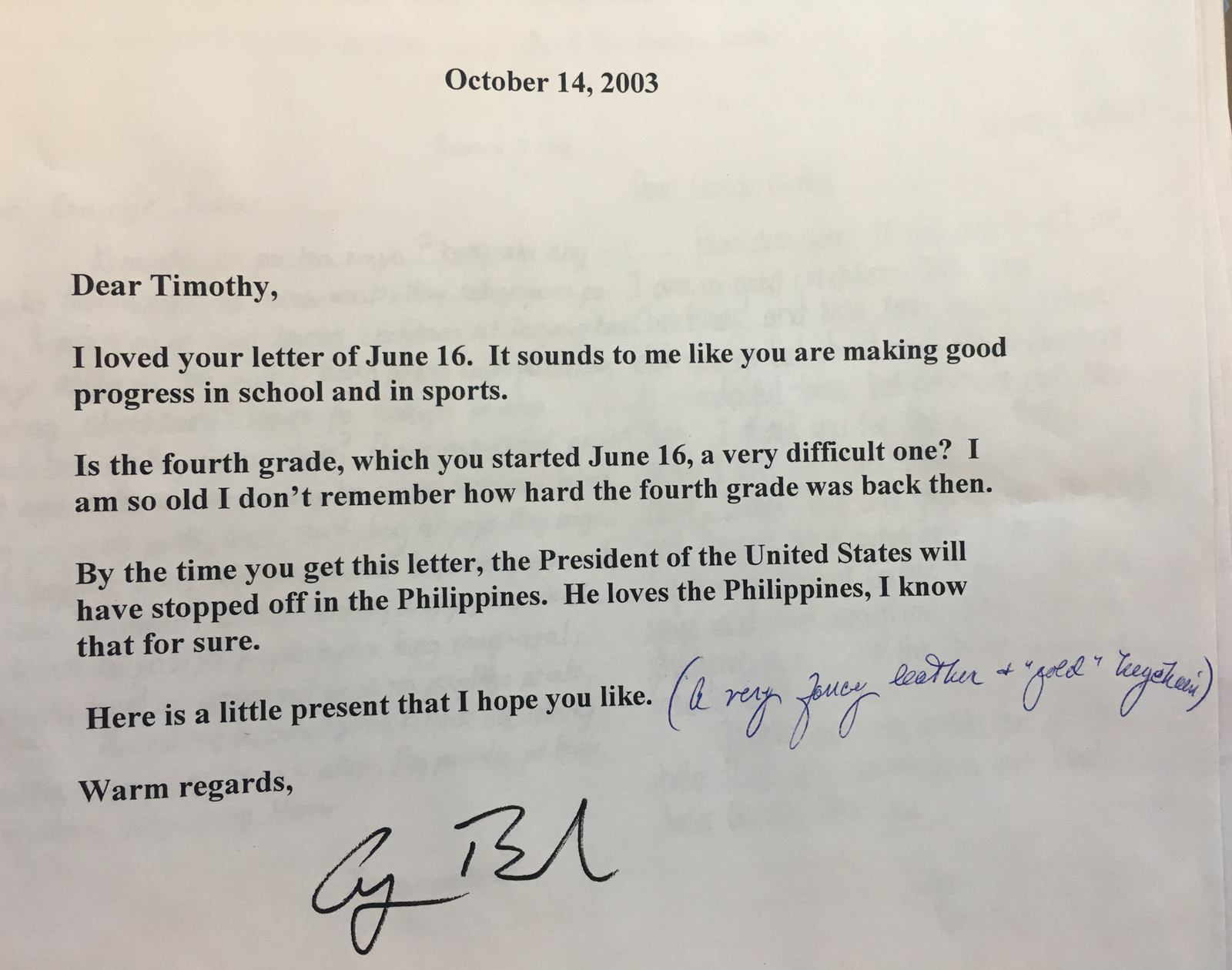 “By the time you get this letter, the President of the United States will have stopped off in the Philippines. He loves the Philippines, I know that for sure.”

President Bush, Compassion’s program and the Capitol City Foursquare Church were a big, big help to me and my family. We are poor. My mother raised us up on her own by washing clothes. Even today she washes clothes for a living. To me, she is a superhero. We were so poor that my mother could not buy school supplies and stuff for us, sometimes not even food. These are the things that Compassion provided.

I will forever be grateful. Now I am a father of a three-year-old girl, and I will do my best to be a great father to her, provide for her, and lead her to the ways of the Lord. I am currently working as a community officer and moonlighting as part-time musician. My biggest takeaway from being a former beneficiary is that I was moulded in the right path and in the ways of God.

To the late and former President of the United States of America, Mr George H W Bush: thank you very much for being my sponsor.”

Timothy hopes his story would inspire others to sponsor a child, too. “That’s where change begins in a child, with potential that they would be successful in the future,” he said in an interview with ABS-CBN. "I've been married for two years. I have a daughter. I have a job," he said. "For me, I'm successful and happy."

Sponsor a child today and give them a hope more powerful than poverty.

An Epic Ride for an Epic Cause