This Remarkable 15-year-old Stopped Her Own Wedding

15-year-old Ratna is a bright and sociable young woman from rural Bangladesh. But on 2 March 2018, her freedom was almost stolen from her.

On 22 March, Ratna almost became part of the 22 per cent of girls in Bangladesh who are married by age 15—until she bravely decided to speak up for herself.

It seemed to be a regular morning in Ratna’s community—children walked to school and then headed to their local Compassion centre for lunch. But Ratna’s heart was heavy and her mind disturbed. That morning, her mother had informed her that by nightfall she would be married.

“To whom?” Ratna asked. Ansh*, a boy from the neighbouring village, was the answer. The event was to take place in the cover of darkness to avoid attracting too much attention—as child marriage is illegal in Bangladesh.

Throughout the day, Ratna tried her best to hide her anxiety from her friends. Finally, she went to Hanna, her social worker at her child development centre. With tears running down her cheeks, she cried, “I don’t want to get married—please save me!” 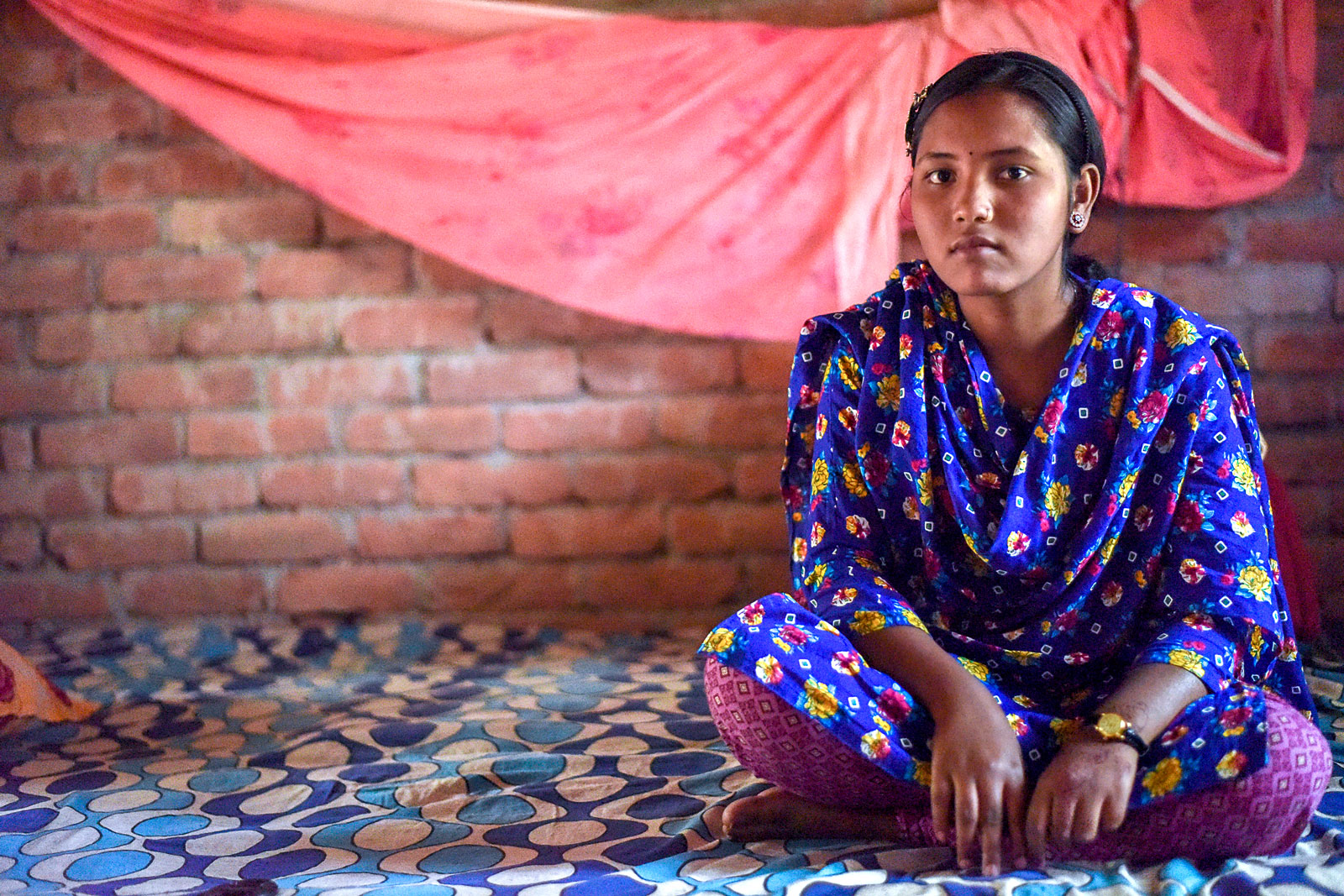 Ratna sits in her bedroom at her home in rural Bangladesh

In rural Bangladesh, a betrothed 15-year-old is not as unusual as one might think. Bangladesh has the fourth-highest rate of child marriage in the world. For many families living in poverty, offering a child in exchange for a dowry can seem like the only solution to secure financial security or social reputation. Although dowries are illegal in Bangladesh, they are still sometimes given in secret.

But child brides face dire prospects. They are not ready physically nor emotionally to become wives and mothers and can face risky complications in pregnancy and childbirth. According to UNICEF, “young teenage girls are more likely to die due to complications in pregnancy and childbirth than women in their 20s; their infants are more likely to be stillborn or die in the first month of life.” They are also more susceptible to domestic violence and less likely to stay in school.

Hanna listened carefully to Ratna. Then, she acted. Hanna and a group of other Compassion staff set off to Ratna’s home to meet with her parents. When the staff reached her home, they discovered that the family had already borrowed the ‘bride price’ money and given it to Ansh’s family. The wedding preparations were already underway. It was a complicated situation—the community stood with the parents’ decision and few people apart from the Compassion staff cared about Ratna’s opinion. 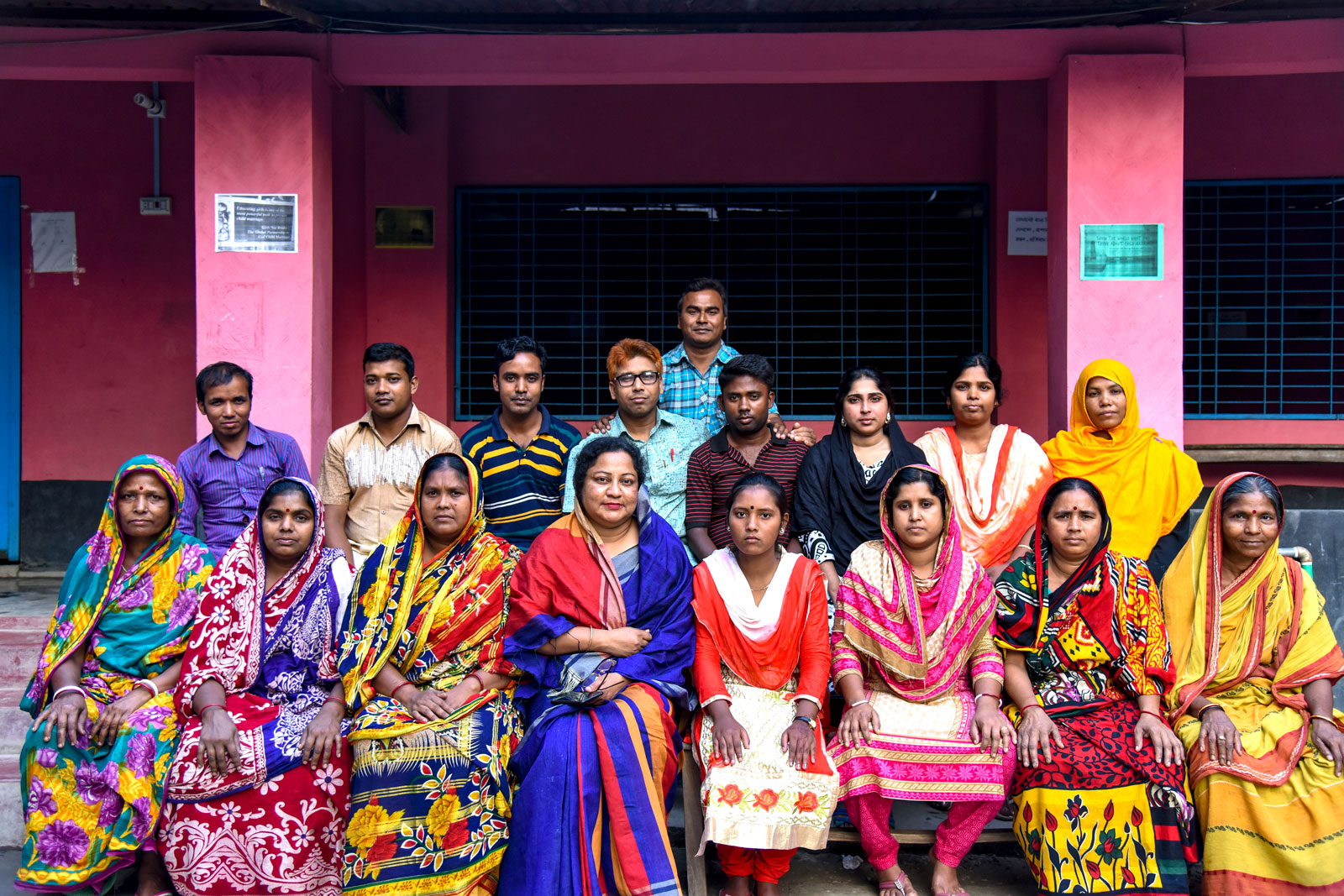 The staff at Ratna’s child development centre stood up for her when no one else would.

The director of the child development centre, Albert, talked with the parents and community members. He encouraged them to understand the dire consequences of child marriage, talking with them for around three hours. Still, Ratna’s parents were set on it.

Albert had to act fast. He called a local anti-child marriage advocate, Shahnaz. Shahnaz is a lawyer and a member of a local government committee that raises awareness about the issue of child marriage. Shahnaz reminded Ratna’s family of the law in the presence of the entire community. Her parents were then asked to sign a declaration form stating that they would not force their daughter into marriage. The legally-binding paperwork acts as protection for Ratna. 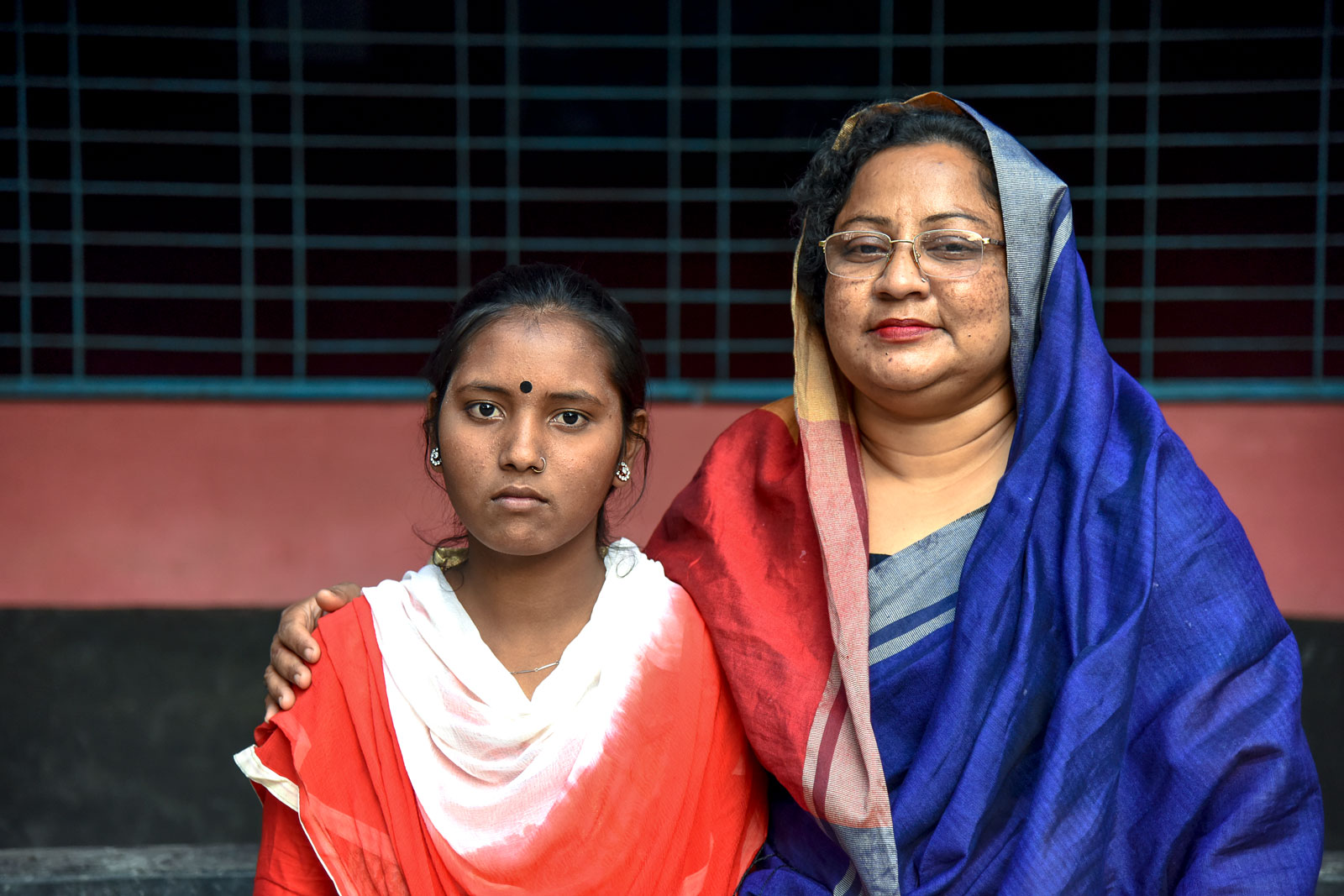 Ratna poses with Shahnaz, a local government official who came to her aid. Ratna’s wedding was stopped because of her own determination, and a swift partnership between Compassion and the local government.

Within an hour, Shahnaz and the Compassion staff had persuaded the parents that it was not in Ratna’s best interest to get married. This message was made loud and clear to the community. Ratna had successfully stopped her wedding—and sent a powerful message in the process!

Since that day, there is a renewed sense of confidence amongst the girls at the child development centre—Ratna’s situation was a reminder that the Compassion staff will stand up for them. 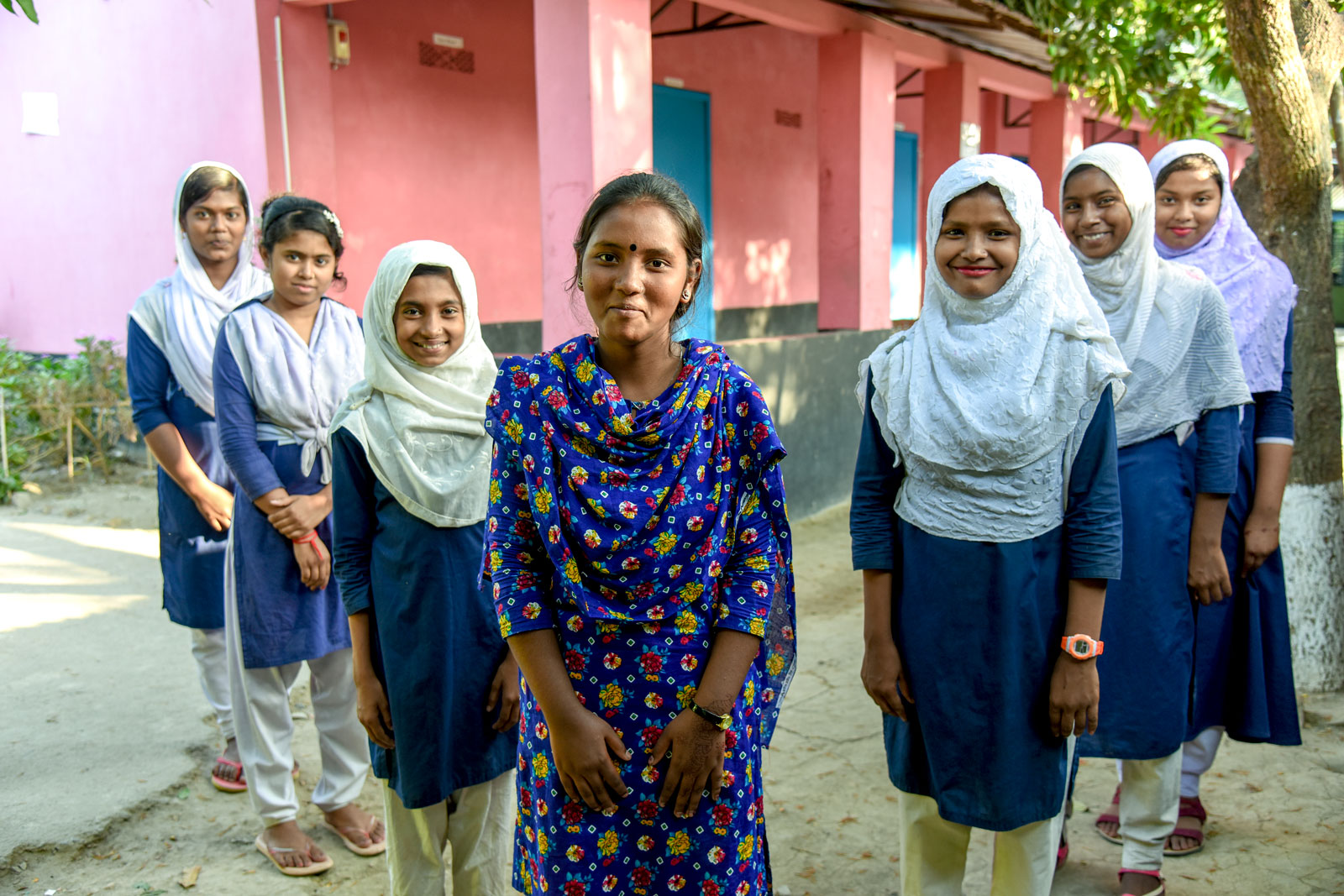 Ratna smiles alongside a group of classmates and friends.

Albert knows their intervention was risky, due to the strong opinions amongst community members—but he also knows it was exactly what they needed to do.

“At first, we were nervous about taking initiative to tackle the situation. But Ratna’s strong rejection of the marriage gave us encouragement to do everything in our power to stop it. Now the community is well aware that the church will not tolerate any child marriage and will support the children at any cost.”

Reflecting back on the situation, Ratna’s parents are thankful that their daughter was spared from an ill-fated marriage. Her father says, “I realize that I almost made a blunder in my child’s life. I thank [the Compassion staff] for loving my child.” 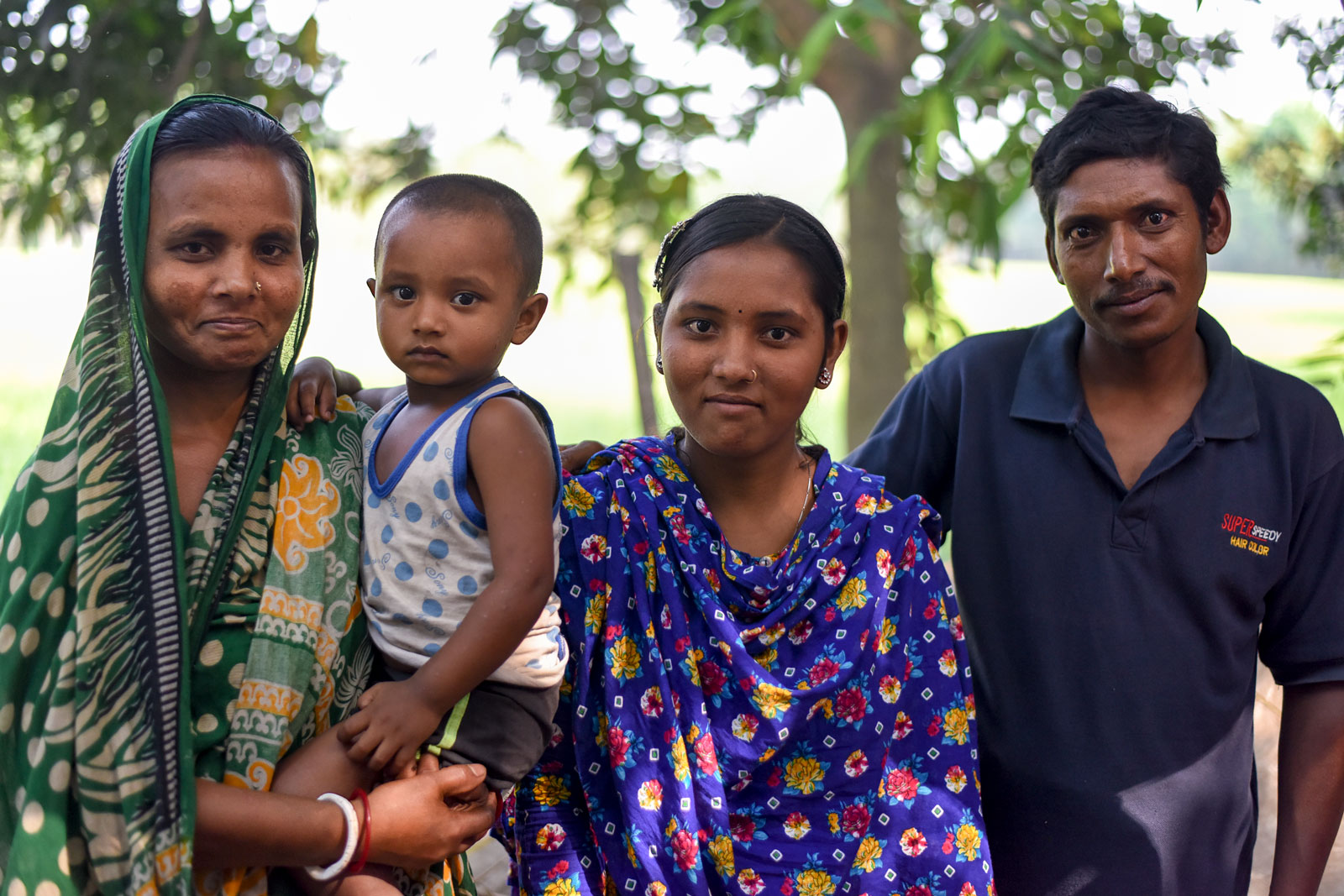 Ratna poses alongside her parents and one of her younger siblings.

On that day in March, Ratna stood against all odds when her freedom, her education and her way of life were on the line. She is now more determined than ever.

“I felt strong and powerful. If only a handful of educated individuals can bring such a control to all who were opposing me, I definitely want to be educated just like them and make a difference in my community.” – Ratna

Today, Ratna is a symbol of hope for young girls around the world who face marriage far too early.

*Some names have been changed to protect the privacy of those involved.

Story and photos by J. Sangma, with Ella Dickinson and Alyssa Esparaz