A Miracle Meeting Means These Twins are with their Loving Mum

Francoise faced a choice that no mother should ever be forced to make: hold her children, and watch them die? Or abandon them and hope someone would provide for them?

She had been rejected by her family and abandoned by her husband. Even the doctor had sent her away in disgust. “Come back when you know the names of your children,” he said.

The doctor was indifferent to the hunger and anguish that made Francoise delirious. It had been her husband’s job to name their twin daughters but instead he’d walked away from them, leaving them nameless, hungry, hopeless.

Francoise grew up in poverty in Southern Rwanda, where her parents were subsistence farmers. She spent most of her childhood labouring in the family’s vegetable patch. Her schooling was spasmodic at first and then disappeared entirely: she dropped out before completing primary school.

At 18 years old, a mysterious disease racked her body, crippling her fingers and legs, and made it impossible for her to talk as well. She was taken to the capital city of Kigali for medical treatment, but when the doctors couldn’t find the cause or cure, she was left at a church so they could care for her. 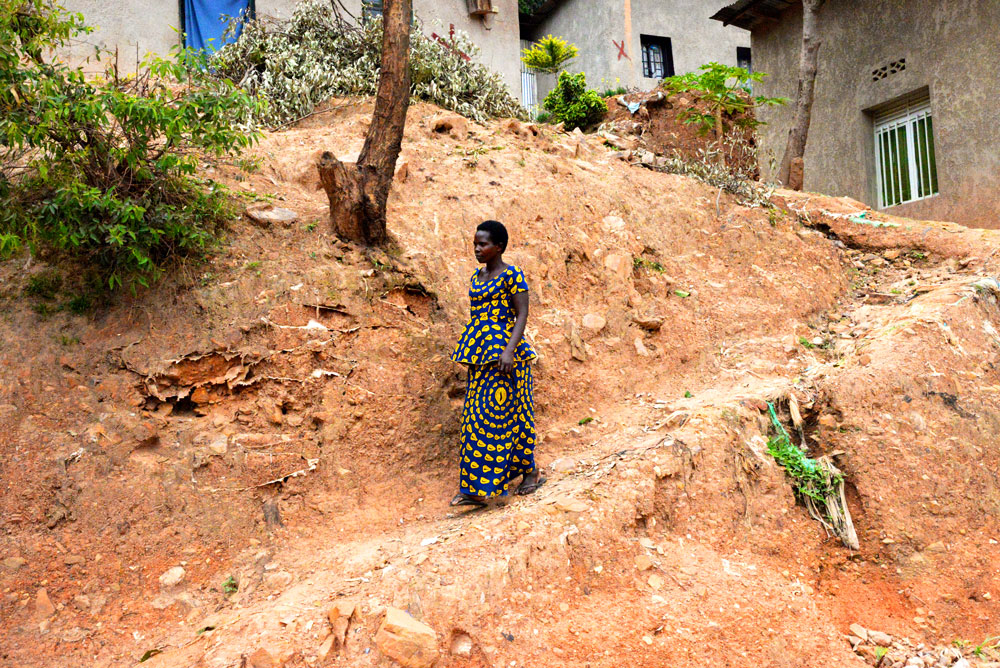 It was eight long years before Francoise regained her movement and, during this time, she learned about the saving grace of Jesus Christ. “I had confessed Jesus as my personal Saviour when I was 20 years old. Jesus Christ healed me and made me whole again,” she says.

When she left the church, Francoise couldn’t get a salaried job because of her lack of education. She sold vegetables on the street to earn enough to survive in the busy city, where she now lived.

Another street vendor, Fiston, befriended her and promised to look after her if she would move in with him as his de facto wife. Francoise agreed—because she didn’t want to live alone anymore. “It was an appealing request, as life seemed hard alone,” she says. She soon gave birth to their first child, Ariane, and three years later was pregnant with twins. 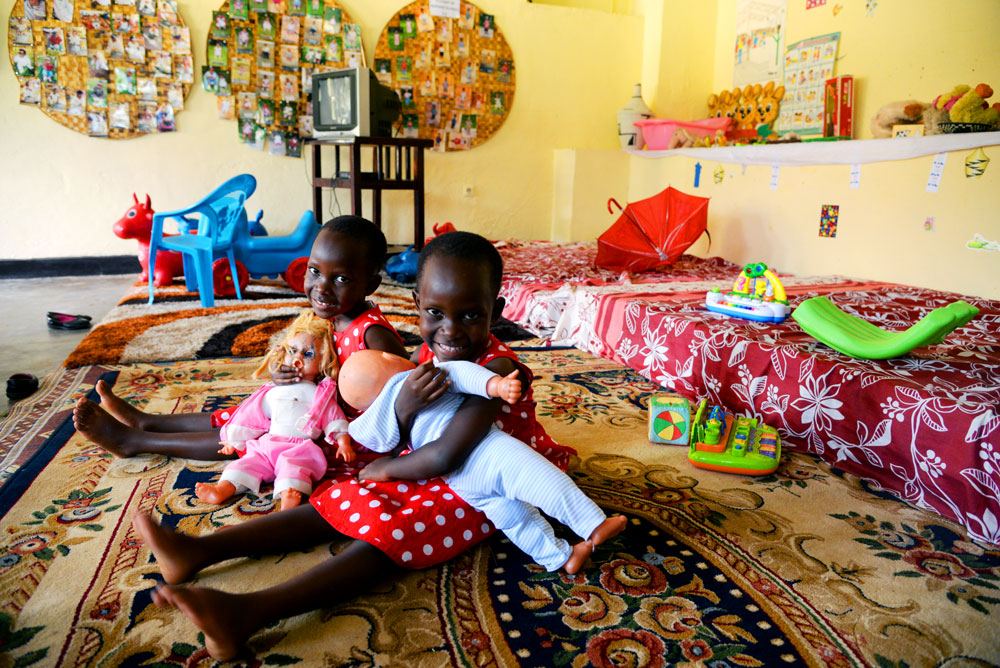 Although extremely poor, they were happy when they first found out that Francoise was expecting twins. However, when the doctors told them there were medical complications, they began to worry. By the time she went into labour—during the seventh month of her pregnancy—their relationship was very strained.

The twins and their mother spent two months in hospital after the birth. Apart from worrying about their health, Francoise was losing sleep, wondering how she would pay the mounting medical expenses. Every time Fiston visited them in the hospital, he told her he didn’t have any money.

When the time came for them to be discharged, some kind-hearted strangers from a local Christian mission offered to pay the bill for Francoise and the girls. “I give God the glory!” says Francoise.

Because she needed to care for the twins, Francoise couldn’t resume her job when she returned home. The family was totally dependent on Fiston to provide food and shelter. It wasn’t long before he abandoned his responsibility and his family, leaving Francoise with three children to feed—and no income.

“I was so depressed. I was too weak to do anything. It was one of the hardest times of my life.”

Because she had no food for herself, Francoise couldn’t produce milk for her babies. Their limbs were desperately skinny and their stomachs were bloated from malnutrition. It was killing them.

When the babies needed their immunisations, Francoise took them to the hospital. Before treating them, the doctor asked her for their names but, in the turmoil surrounding the girls’ birth, they hadn’t been given any. The doctor was offended and thought Francoise was a neglectful mother. He sent them away.

After leaving the hospital, Francoise searched the hilly roads of Kigali, looking for a quiet place; a safe place. Her tiny girls were tightly swaddled on her back. Each footstep brought her closer to the awful moment when she would need to decide.

Would she hold her babies and watch them die? Or would she abandon them, in the hope that someone else would care for them?

She struggled up another hill and over the crest. The corrugated iron roofs and mud walls of the Kimisagara slum decorated the surrounding hills like patterned wallpaper. In the basin between the hills was a large, elaborate, yellow-walled building. It was remarkably different to the little houses that surrounded it.

“Someone rich must live in this house. Maybe the owners will give us food or care for my babies,” thought Francoise.

As she stumbled down the long driveway, a woman rushed out to greet her. “Welcome to the Evangelical Restoration Church,” she said, and introduced herself as Epiphanie. Francoise burst into tears and hurriedly explained her predicament and the awful choice she was contemplating.

Epiphanie listened carefully but didn’t seem horrified by what she heard. She calmly assured Francoise that everything would be okay. Her soft, confident voice filled Francoise with peace. She knew this lady could be trusted. “To this day, I’m so thankful to the [Compassion Mums and Babies survival] project staff at Kimisagara. They welcomed me, they offered me food, and they were keenly interested in my life and my story,” she says.

Epiphanie shared her lunch with Francoise and gave her some money for more food. If Francoise had any energy, she would have jumped for joy. “It felt like she had given me a million Rwandan francs,” she says.

Then they visited the pastor of the church and turned their attention to the next important task: naming the babies. Francoise asked for suggestions. “Let’s call them Rachel and Rebecca,” the pastor said.

Francoise and the twins joined the Compassion Mums and Babies survival project, which was operating at the church. Every day for two years, the survival project staff sent her and the girls two litres of milk. They also provided clothes for them, and food each week.

Francoise and her children now live in a one-room home in Kimisagara, near the church. Although she is still selling vegetables to feed her family, she has learnt how to weave and make jewellery at the Mums and Babies survival project. One day, she hopes to save up enough money to set up a business to support her family.

Even though their family still lives in poverty, they have people around them who love and care for them. For the first time, they have hope for their future.

“My life is so different today, thanks to the constant reminder of the love of God by the project staff. It’s hard to see misery in my face today, even when I’m encountering challenges of life,” says Francoise.

When at home, Francoise prays for her children and they love talking about their future. Rachel and Rebecca have been registered in the Compassion Child Sponsorship Program, with sponsors from Australia and Canada. They attend school regularly and Francoise knows that, with a good education, the girls will have a better opportunity to get good jobs when they are older. 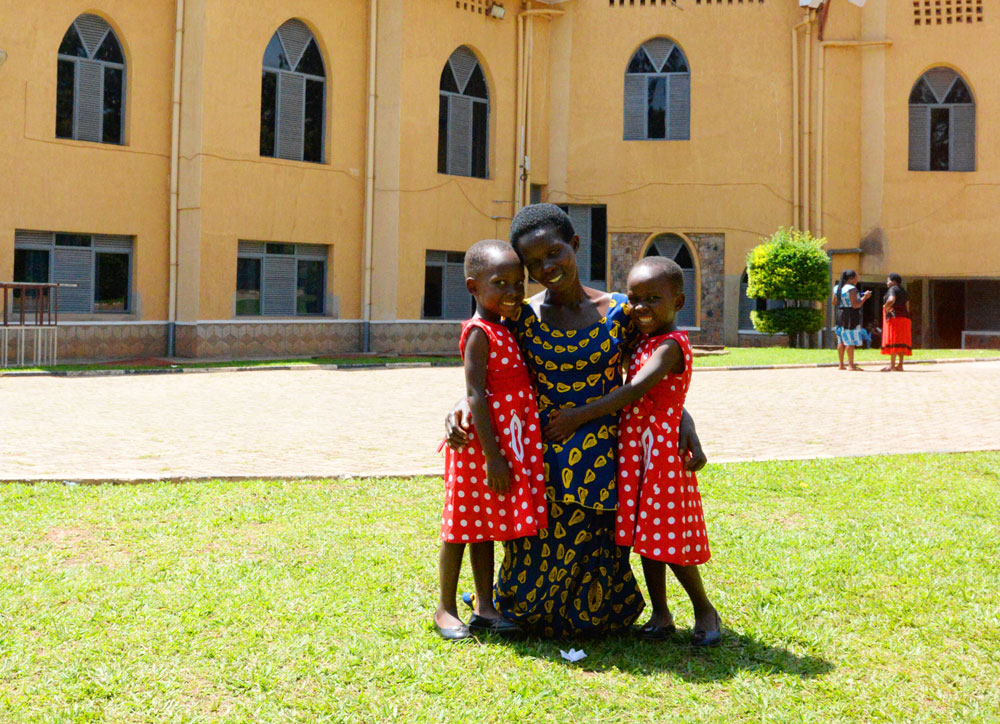 Since that day of crisis five years ago, the twins have never known starvation and abandonment, but have the support they will need to grow into healthy, well-educated, well-balanced young ladies. They know that Jesus loves them and they are shown His grace and love through the words and actions of their mum, the staff at the child development centre and through letters and visits from their sponsors.

“I was hopeless when I walked into Restoration Church, Kimisagara,” says Francoise. “The reception I received that day felt like a miracle, and I’m always thankful to God for the project staff. They showed me the true meaning of love and selflessness. They listened and didn’t judge my intentions of abandoning my twins at the church. Instead, they prayed for me and encouraged me that all will be well and that God loves me.”

Pray for mums, like Francoise, who are living in poverty and struggling to feed their children; pray they will get the support they need to be healthy and well. Pray for the staff of the Compassion Mums and Babies survival projects around the world; pray they will be able to continue to share God’s love and grace with mums and babies in their communities.