Compassion began partnering with churches in 1979.

900
mums and their babies supported

Compassion has worked with local church partners in Rwanda to serve children in poverty for more than four decades. Our holistic child development program works to address the unique needs of registered children through individual care and attention, spiritual guidance, nutrition, healthcare, education and social support.

Throughout the COVID-19 pandemic, local workers in Rwanda have continued to support their communities. They have delivered over 1,224,000 hygiene kits and more than 134,000 food packs to Compassion assisted children and their families. Most child development centres in Rwanda have now resumed their usual program activities.

Watch the video update below to find out more about Compassion's work in Rwanda. 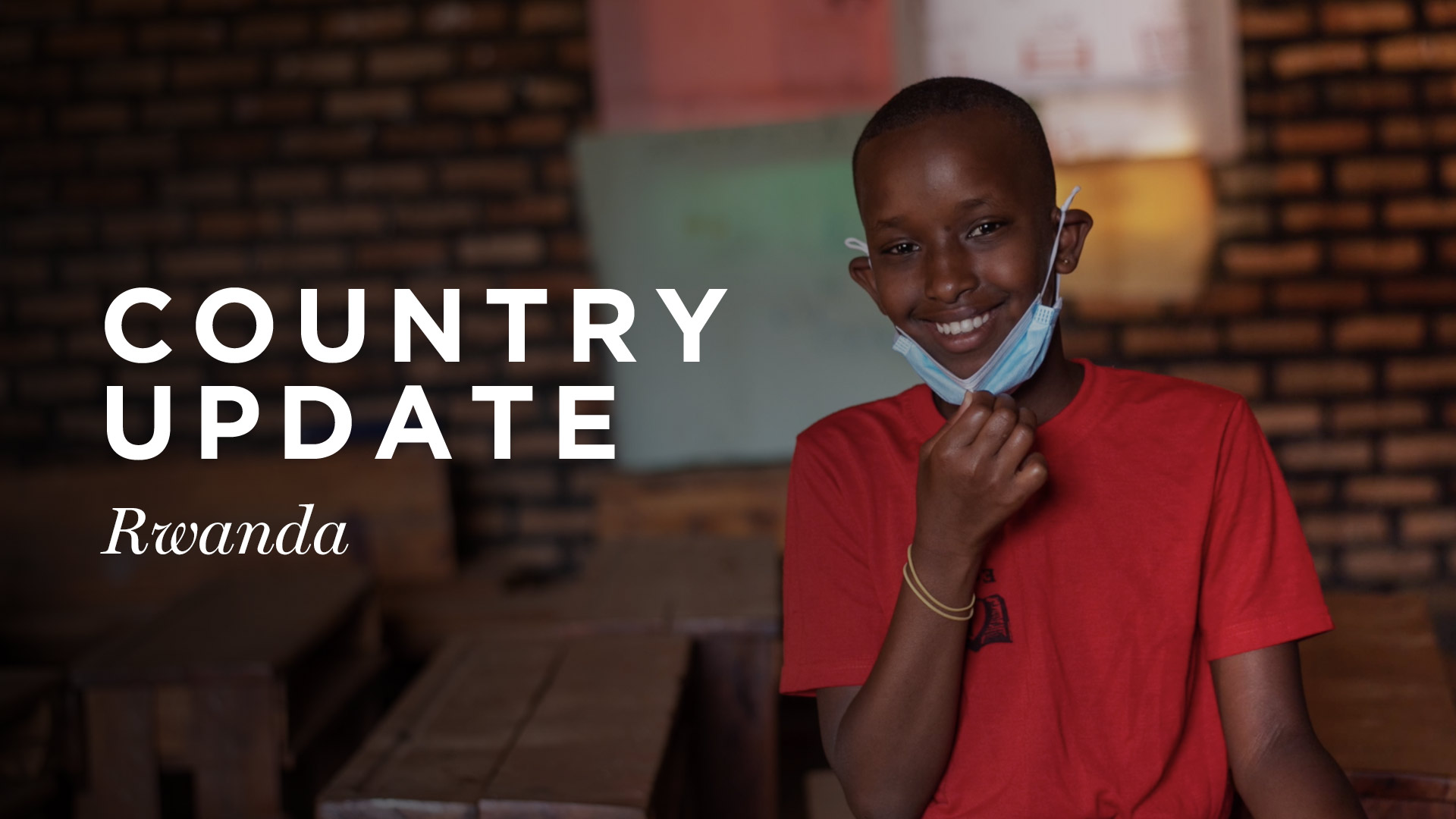 How is Compassion currently operating in Rwanda?

Thank you for praying for the children, families and local churches in Rwanda we serve. 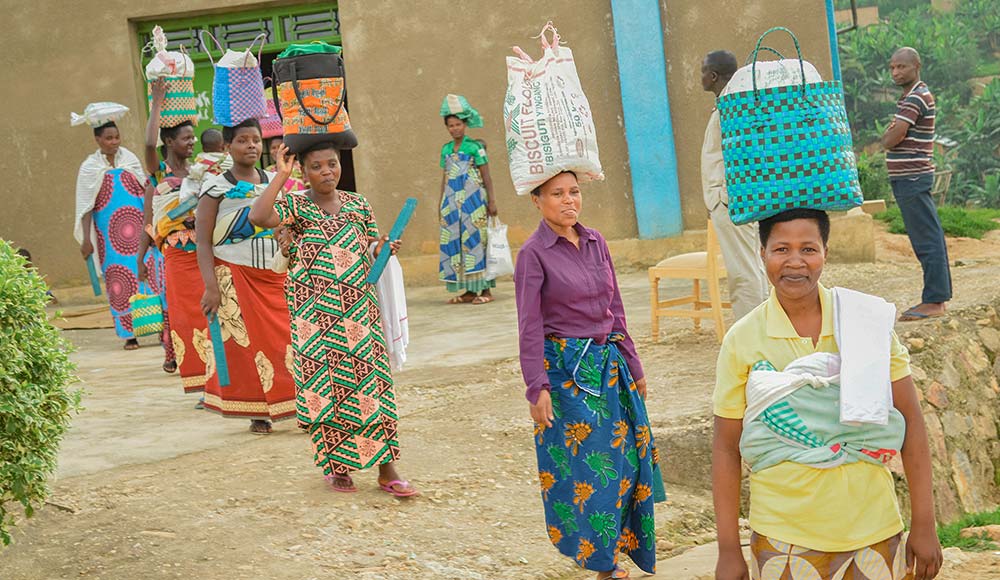 What happens when the only source of food is snatched away by unforeseen circumstances? In the unprecedented COVID-19 pandemic, Rachel lost her income, unable to sell pots and charcoal stoves in the market.   Read more open_in_new

What happens when the only source of food is snatched away by unforeseen circumstances? In the unprecedented COVID-19 pandemic, Rachel lost her income, unable to sell pots and charcoal stoves in the market.

She struggled to provide for her children, including Pacifique, who is registered in Compassion’s Child Sponsorship Program at the local church.

“I was not able to get food to feed my children and myself. When the lockdown was announced, we were told only people selling food were allowed to sell in the market. This was a blow to so many of us. We hadn't saved money for such times and we don’t even have a garden to harvest from,” says Rachel.

The pandemic has most affected the children who live in urban town centres and Nkombo Island, where agriculture is limited, leaving families unable to grow their own food. But local church partners are working hard to bridge the gap and provide food supplies to vulnerable families, including Rachel’s.

“I’m so excited the centre remembered us during this pandemic and have given us food. I give God the glory. We have been given maize flour, beans, cooking oil, soap and sugar. As a mother, I’m very happy that my children are not going to die of hunger,” says Rachel.

Please note: Due to the COVID-19 pandemic, some child development centres in Rwanda continue to meet with children in smaller group settings or through home visits.

A snapshot of Compassion's Child Sponsorship Program in Rwanda 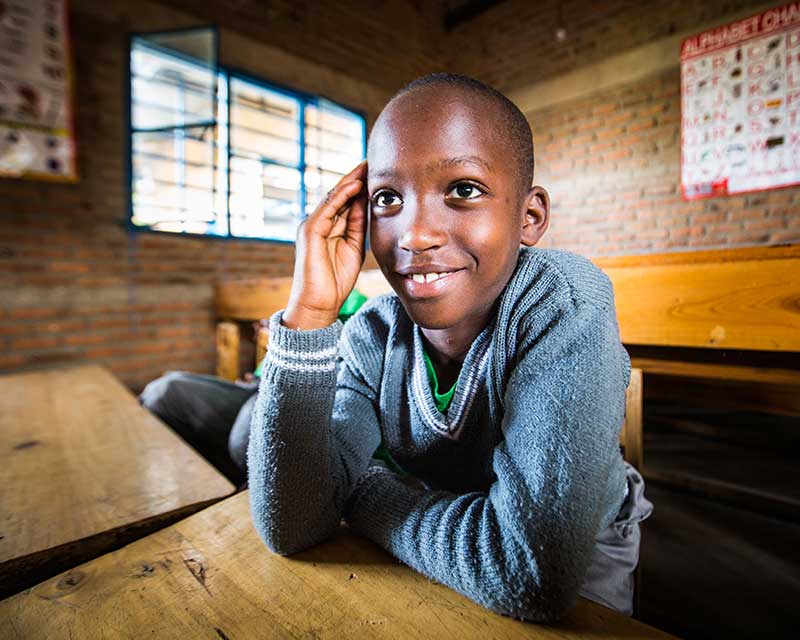 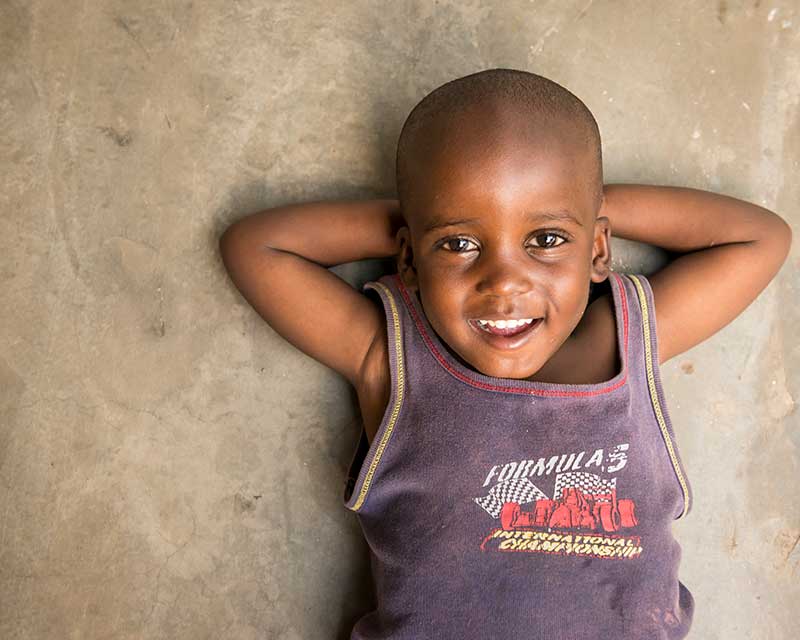 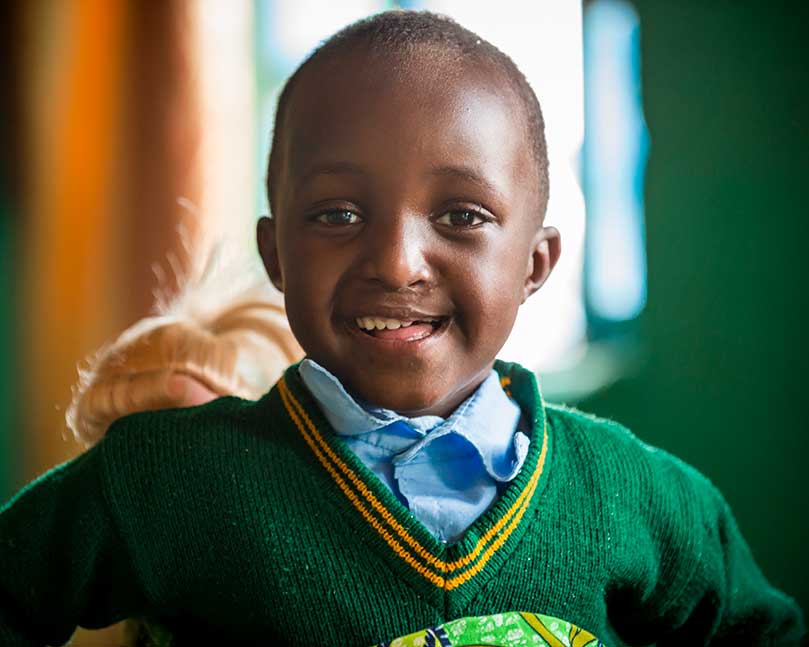 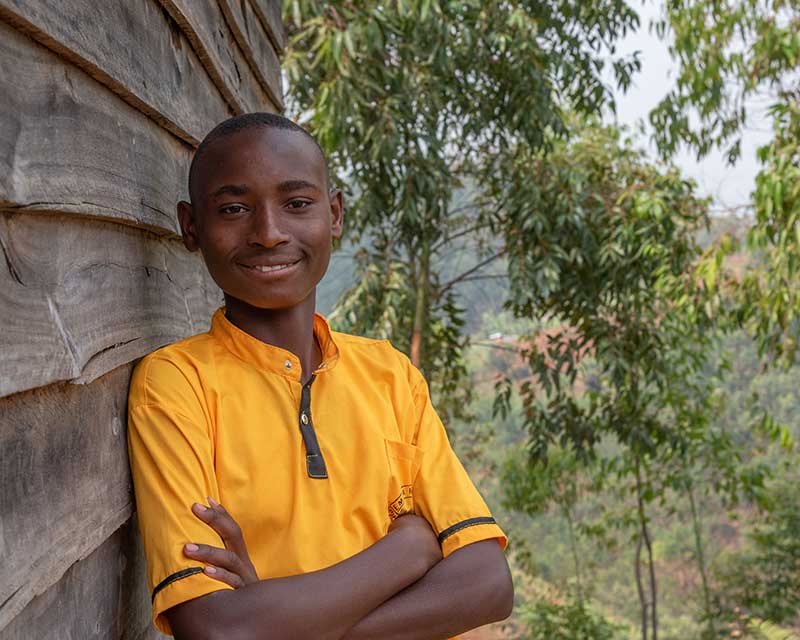 Compassion assisted children in Rwanda typically attend program activities at their local child development centre on Saturdays. Here is an example of what a typical program day looks like for children in Rwanda.

9:00am - A time of prayer and devotion. Children are given porridge in the morning for breakfast before starting the first lesson.

10:30am - Break time when children can play in a safe environment and develop friendships.

12:00pm - Lunch and social time. The children receive a full meal for lunch which usually consists of rice, posho (a common East African dish made with cornmeal) or Irish potatoes with beans and green vegetables.

In addition to Compassion’s curriculum, children in Rwanda are also introduced to Rwandan national values such as self-identity, loving their country, unity, reconciliation and striving toward self-reliance. Many centres teach Rwandan cultural dance as a way of maintaining and owning Rwandan culture.

The greatest needs impacting children living in poverty in Rwanda

More than two decades after a devastating genocide, Rwanda is making progress in the fight against poverty. But millions still struggle to meet their daily needs—and the COVID-19 pandemic threatens many more.

A history of ethnic tension culminated in the devastating genocide of 1994, in which more than 800,000 people were killed. In the aftermath, many millions more found themselves pushed into poverty and struggling to meet their basic needs. In the decades since, Rwanda has instituted reconciliation measures to help bring healing and forgiveness between different ethnic groups in communities across the country. For many places, these measures have been successful and progress steady.

Agriculture counts for much of Rwanda’s economy. A recent focus on information and communications technology and a strong tourism sector have helped the economy to grow. From 2001 to 2014, these strong economic gains meant that the poverty rate dropped from 59 to 39 per cent (measured by the national poverty line). But that momentum plateaued between 2014 and 2017 and poverty has risen in the past few years.

President Paul Kagame was re-elected in August 2018, following an amendment to the constitution in December 2015 that allowed him to run for an unprecedented third seven-year term. While his admirers say he has done more than anyone to lift millions of Rwandans out of poverty, critics point to the suppression of criticism and the free press, violence against political opposition and a resurgent poverty rate.

As with so many developing nations, distancing and isolation measures during COVID-19 have hit the poorest people hardest and, in many cases, they can’t work at all. Thousands of families face a renewed threat of hunger and the choice between risking disease and trying to survive without a sustainable income.

For children in need, access to the basics of life—education, shelter, medical assistance, good nutrition and safe water—is difficult. It is these children that local churches are focused on, as they live out the love of Jesus and share a hope more powerful than poverty.

SPONSOR A CHILD IN Rwanda keyboard_arrow_right

What do Pregnant Women Pack in their Hospital Bag?

Preparing for a new baby should be exciting. But mums living in poverty often have a different experience to our own. Take a peek into the hospital bags of three Australian mums-to-be and one expectant mum from Rwanda... Read more