What Impact Does Polygamy Have on Children?

Jumbe Araya Kilindiwa has two wives and nine children. In Maasai culture, this is the norm. But what impact does being in a polygamous family have on children?

Monduli Juu is a picturesque village surrounded by an escarpment of mountains and evergreen rainforest.

The rolling hills are layered with mist and clouds; the wind is cold and biting. Within this region of remote Tanzania is a cluster of four small villages, home to many Maasai people who work the land. 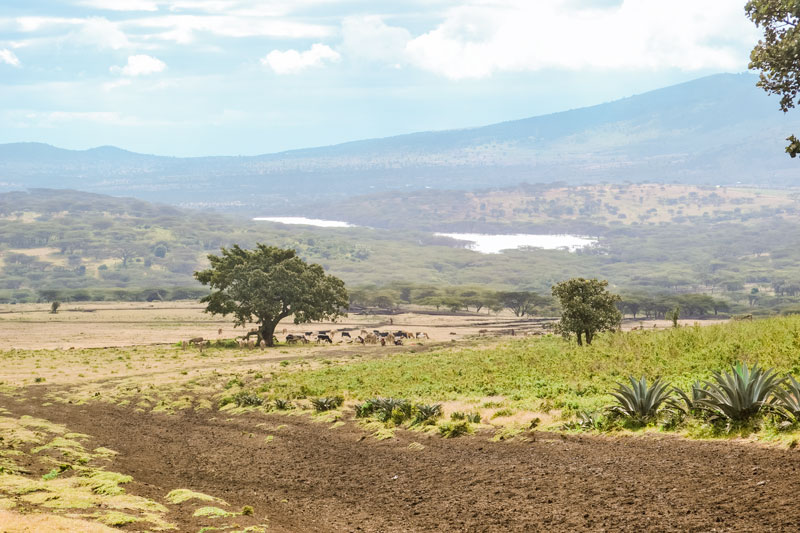 It is a famous location because a former prime minister, the late Edward Moringe Sokoine, was born there. As a Maasai, Sokoine held the traditional values of his people and had more than one wife.

Jumbe Araya Kilindiwa, 38, also a traditional Maasai man, lives in this village with his family. His home is a small thatched hut with no windows. The small hut is stocked with firewood and comes complete with holding pens for the family’s many goats and calves. The hut has two bedrooms, one for the children and one for the parents.

All three of them.

Jumbe has two wives, who have borne him nine children, ranging between the ages of one and 18 years.

Jumbe had the opportunity to go to school and can speak Swahili fluently; his two wives cannot, and communicate with the outside world through an interpreter.

In Maasai culture, men are the spokesperson of the family with women listening and only making comments when asked.

Women are not given the same opportunity as men to receive an education, and many are encouraged by their families to join an already established marriage to ensure some sense of security, rather than be subjected to the shame of being unmarried.

A confronting way of thinking; but this is life for the Maasai. 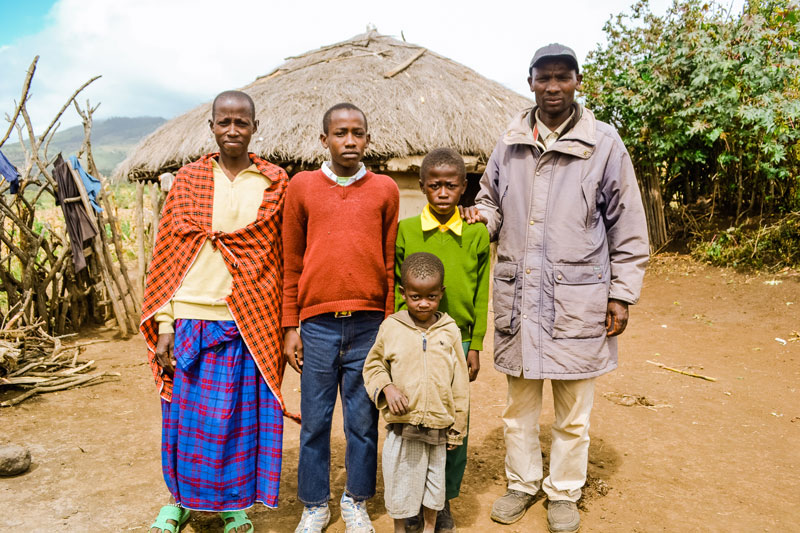 Jumbe’s first wife is 30 and bore him five children. He then took a younger wife, who had four more children. As a peasant farmer and pastoralist, Jumbe owns five acres of land, and during a good farming season he can harvest up to 30 bags of maize. But when the weather is bad he gets much less, meaning periods of hunger for the family.

“We have faced sickness and hunger, especially when we have planted seed and not harvested enough,” says Jumbe.

“During these times, I have to make an extra effort to look for food for my family. Sometimes I am away from home for three months to make sure my cattle have food. During that period, if one of the children is sick, I have to ask the neighbours to take care of the family and give me the bill to settle when I come back.”

This is the harsh reality of poverty.

Although polygamy has decreased in recent decades, a ‘polygamy belt’ still stretches across Africa, from Senegal through to Tanzania. At one stage it was not uncommon for a third of married women to share their husbands.

Polygamy is embedded into the fabric of Maasai culture and has several functions closely related to central values in most Maasai sub-groups.

Firstly, polygamy is closely tied to economy. A man with one wife can never acquire the wealth and status associated with hundreds of cows, for it is the wives and children who take care of the cattle.

Secondly, polygamy carries a social function as it enables men to gain prestige in society.

And thirdly, it carries a function for women—an unmarried woman does not have a recognised status in society. For her, the stigma of remaining single disappears when she joins another union.

But the question remains: what impact does being in a polygamous family have on children? 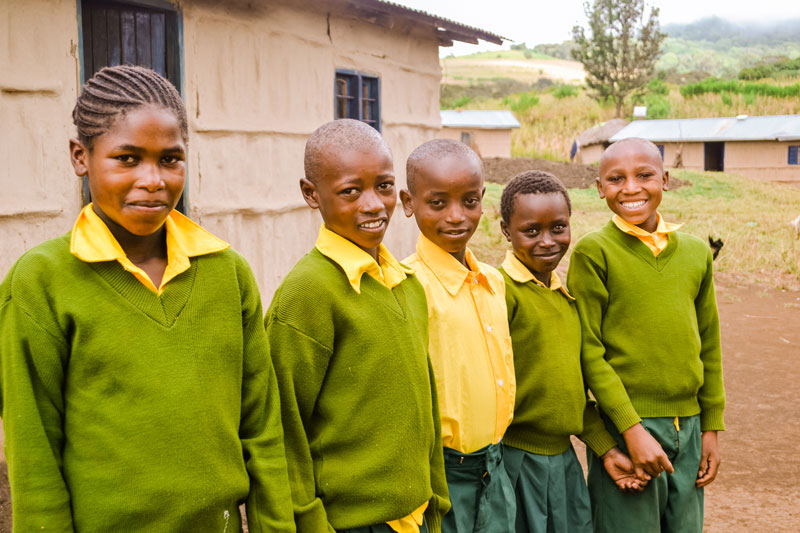 About 59 per cent of the registered children in the Compassion child development centre in Monduli Juu come from polygamous families. Local staff say it affects the children’s development, physically, economically and socio-emotionally.

Families do not own enough resources to take care of them and can often only afford to send one child to school.

Jumbe knows his choice to live a polygamous lifestyle has impacted his children.

“I didn’t know there would be food scarcity in raising the children. If I knew that, I wouldn’t have married more than one wife,” says Jumbe.

“My father had a large number of cattle and could take care of his two wives and 22 children, and he didn’t do the farming. But now the land is becoming scarce because of the increase in population. I don’t have any intention of marrying more wives.” 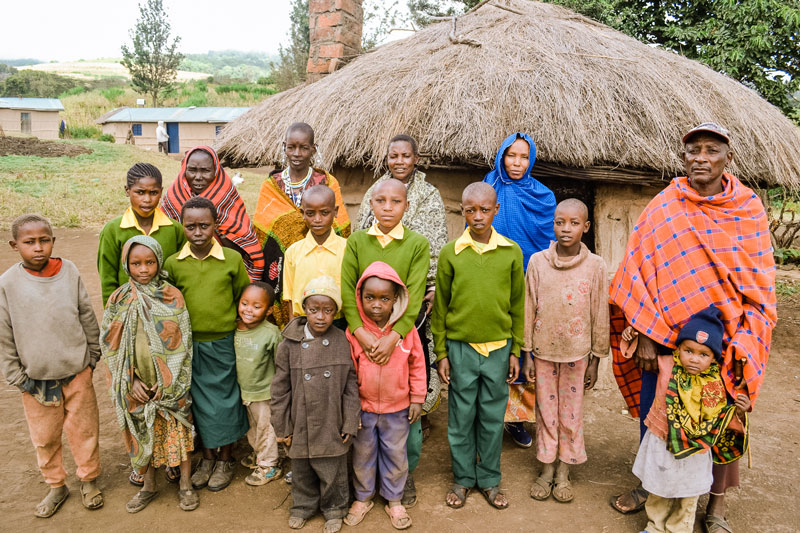 In families like Jumbe’s, it is challenging for children when the father is far away for a long period of time, looking for greener pasture for his cattle.

The women are left home with the children and the responsibilities of family life, which often means children do not receive close attention and are required to help with chores.

Many end up dropping out of school.

With the coming of Compassion to the area, three of Jumbe’s children were registered at TZ-240, Enguiki Lutheran Child Development Centre: Paulo, 12, and Joshua and Tumaini, 10-year-old twin boys. This has created a positive attitude in Jumbe’s home, especially in regard to school education. Compassion assists the family with school fees for the children, school uniforms, food and even birthday gifts.

“The children are very happy and cheerful at the Compassion centre. Without Compassion, it would be very difficult to access these benefits,” says Jumbe.

Jumbe and his two wives are not Christians but their three children are members of the local Lutheran Church in Monduli Juu.

“The church has truly stood with us, especially during the difficult moments. I hope one day I will also join the church, together with the rest of my family members,” says Jumbe.

One of the ways Compassion has helped in this community is by putting an emphasis on the education of girls, encouraging families to send their girls to school, along with the boys.

With Compassion’s support, the story is slowly changing, and families are seeing the importance of education through the exposure they receive and the social life the children encounter at the child development centre.

For families like Jumbe’s, as they strive to meet their daily needs, and for the work of the local church in giving them practical help and spiritual guidance.

For children living in poverty in Tanzania to gain access to education—particularly girls, who may be denied the opportunity simply because of their gender.