Compassion began partnering with churches in 1975.

491
mums and their babies supported

Restrictions and lockdown measures in Brazil during the COVID-19 pandemic varied according to location. At the end of 2021 and the beginning of 2022, Brazil experienced a huge influx in case numbers that impacted all our local church partners, many of whom had only recently restarted normal programming.

Most child development centres in Brazil have now recommenced centre-based activities for registered children. Since the beginning of the pandemic, local church partners have delivered more than 1,025,000 food packs and 534,000 hygiene kits to benefit families.

Our church partners in Brazil adapted the way they provided support to children and families during lockdowns by gathering in small groups, conducting home visits or making phone contact. Letters between sponsored children and supporters were delayed by the pandemic. Local staff are diligently working through the backlog of letters, and we expect communications between children and their sponsors to become more regular throughout this year.

Watch the latest video update from Brazil below to learn more. 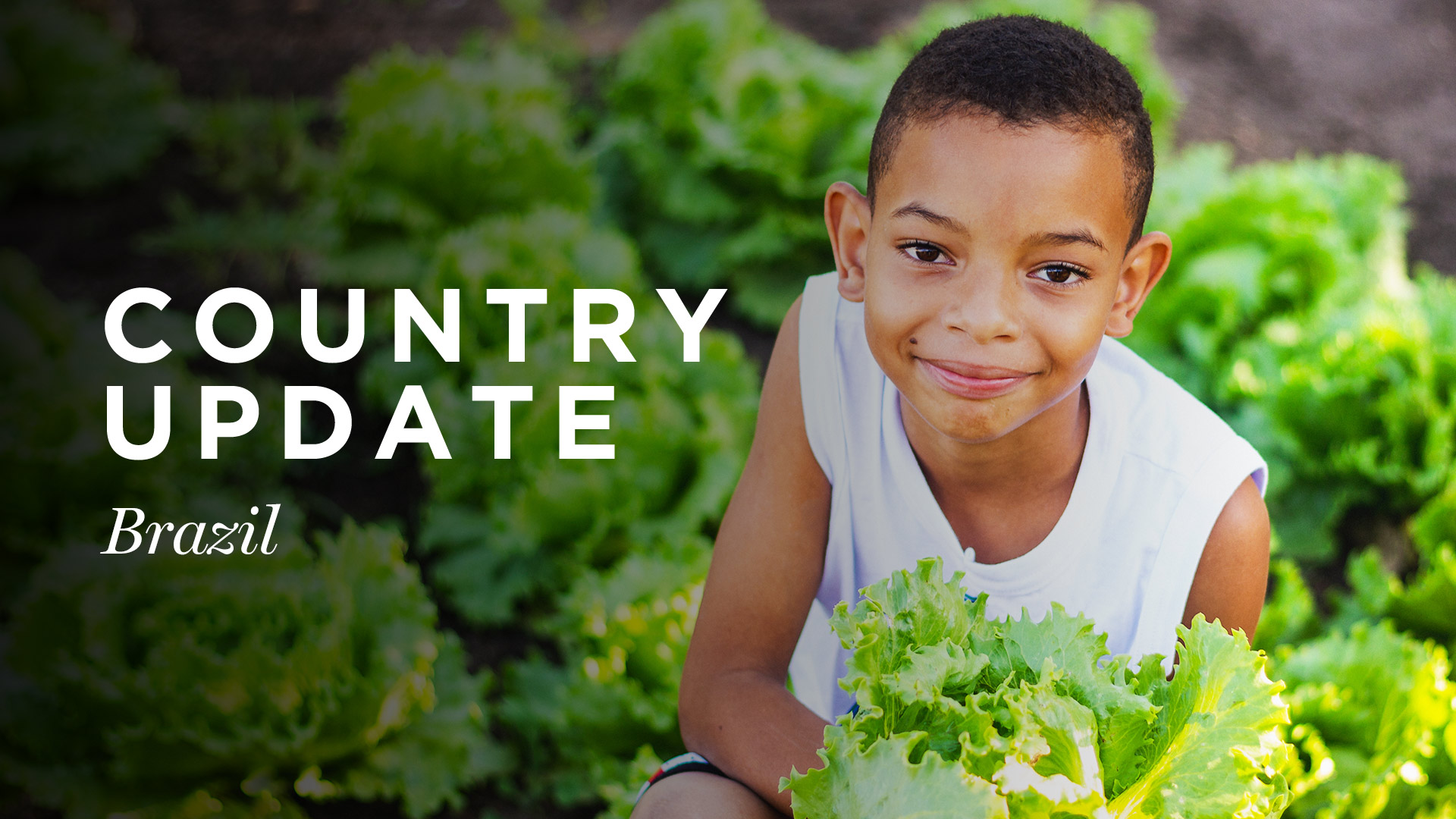 How is Compassion currently operating in Brazil?

Thank you for praying for staff, children and families in Brazil. 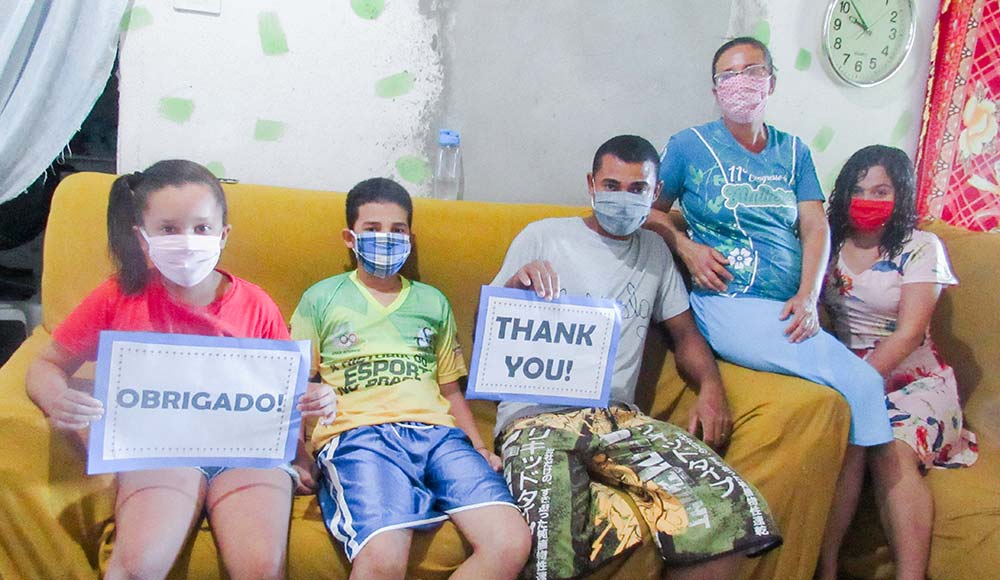 With Brazil in the peak of the pandemic in mid-May, hospitals prioritised treating patients with suspected COVID-19 or those with extreme emergencies. So when 13-year-old José was complaining of pain in his lower abdomen, he visited a neighbourhood health centre only to be given pain medication and sent home. His condition grew worse from there.   Read more open_in_new

With Brazil in the peak of the pandemic in mid-May, hospitals prioritised treating patients with suspected COVID-19 or those with extreme emergencies. So when 13-year-old José was complaining of pain in his lower abdomen, he visited a neighbourhood health centre only to be given pain medication and sent home. His condition grew worse from there.

José’s parents began to worry and were desperate to help their son. Thankfully, there was hope nearby in the form of a doctor at Happy Child Project Child Development Centre.

"José's lips were purple and he was in a lot of pain. I didn't know what to do and my heart was desperate. If there hadn't been the child development centre doctor, I don't know how long my son would be able to wait for medical assistance or an ambulance," says José’s mother, Tatiana.

After examining José, Dr Claudia diagnosed him with appendicitis which needed to be treated urgently. She and the centre's volunteers contacted the local hospital and arranged for his procedure to be scheduled immediately.

When José arrived at the hospital, doctors determined his case was serious. His body already showed signs of infection. Thankfully, Dr Claudia had diagnosed him early enough for him to undergo a successful surgery and after three days of medical observation at the hospital, he was able to return home.

The pandemic left José’s father, Erison, out of work, making it difficult to pay for the family’s basic needs, let alone medical fees. But with the support of the local child development centre and José’s sponsor, the family are now able to focus solely on his recovery.

"I am very grateful to the local Compassion centre for not having left me alone or ignored my pain even in the pandemic," says José.

Please note: Due to the current pandemic, many child development centres are operating differently in order to keep their communities safe and abide by local restrictions. Our local church partners continue to meet the urgent needs of the children through home-based or small-group care.

A snapshot of Compassion's Child Sponsorship Program in Brazil 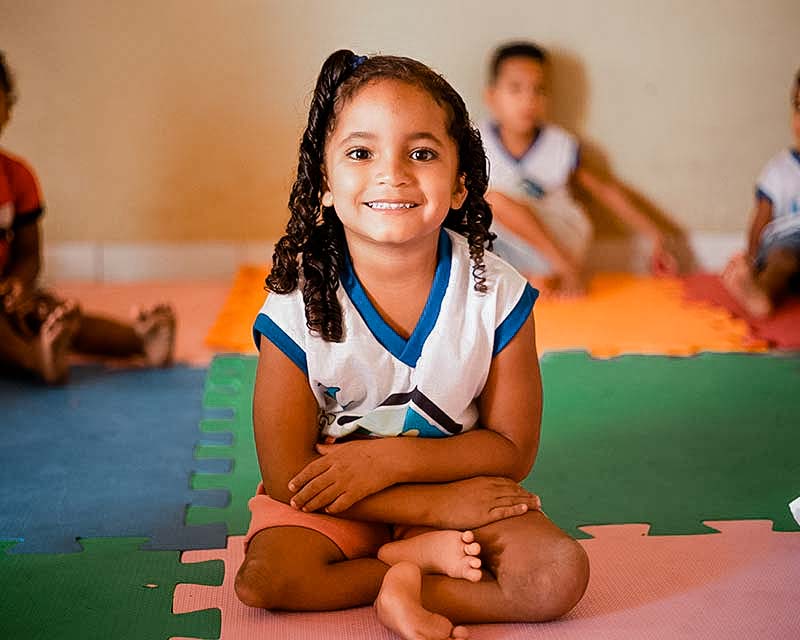 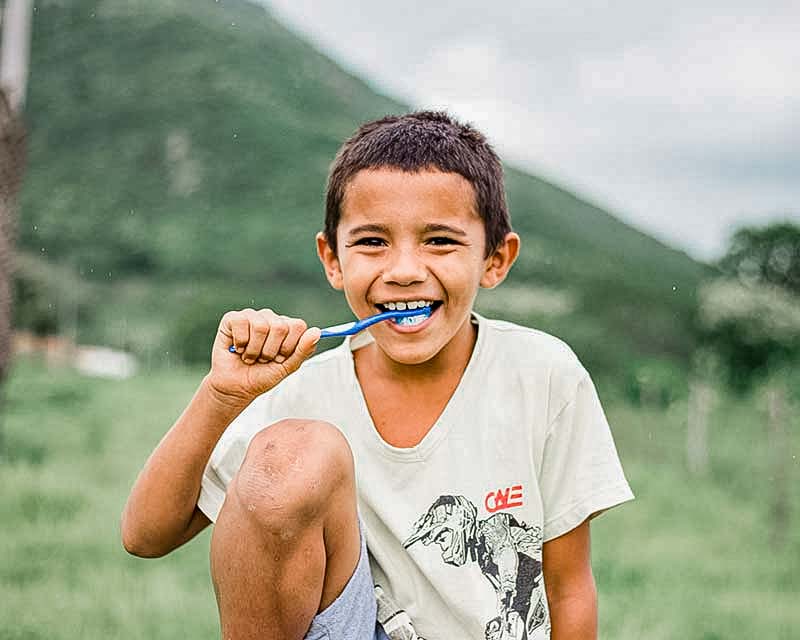 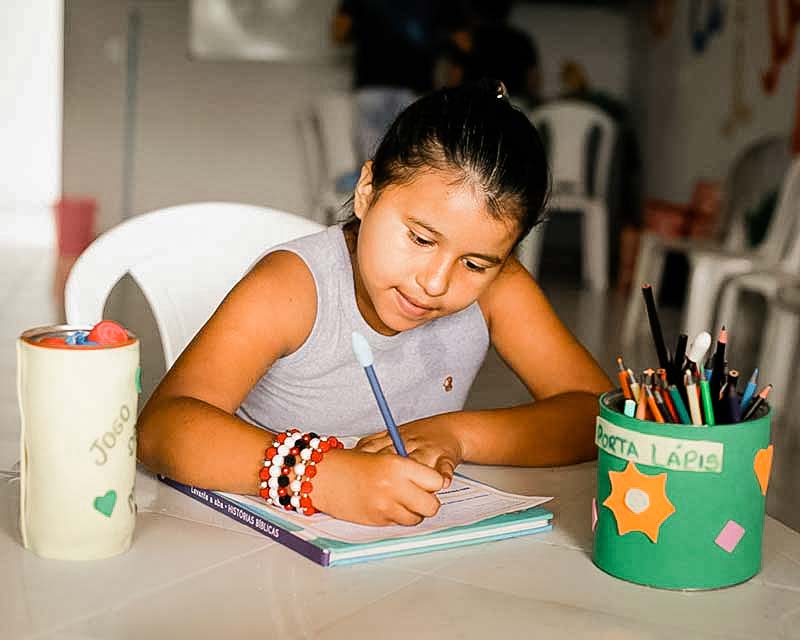 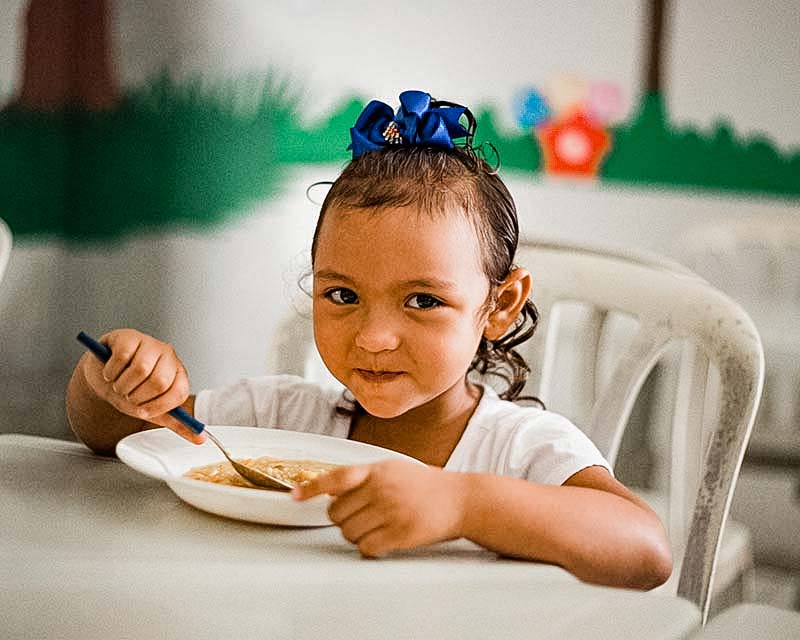 Compassion assisted children in Brazil typically attend program activities at their local child development centre before or after school. Here is an example of what a typical program day looks like for children in Brazil.

Spiritual lessons - Children sing songs and learn Bible stories. Compassion Brazil gives age appropriate Bibles to children when they are six, 10 and when they graduate from the Child Sponsorship Program.

Break and snack time - Children can play in a safe environment and develop friendships. A snack often consists of an egg sandwich with tea, fruit shake and crackers, fruit salad, or bread.

Lunch and social time - Children generally receive a meal such as pasta, rice, vegetables and/or meat.

In addition to Compassion’s curriculum, children have opportunities to participate in activities such as sports tournaments, camps, dance performances and job fairs, as well as excursions to parks, museums, zoos and local companies. Older students are typically involved in skills workshops such as hairdressing, information technology and office skills.

The greatest needs impacting children living in poverty in Brazil

babies under the age of one die per 1000 births

One of the world’s biggest economies and a rising global power, Brazil has struggled for decades with a growing gap between rich and poor—a gap that has been exacerbated by the COVID-19 pandemic.

Officially in recession and struggling to rebound from the terrible health toll of 2020, Brazil faces an uncertain future—and the nation’s poor remain marginalised.

Home to more than 210 million people, Brazil has the largest population in Latin America, with the majority of citizens living in industrial cities, like Sao Paulo and Rio de Janeiro. Rapid growth in the urban population has created serious social, environmental and political problems, with millions of people living in slums and on the streets.

Children living on the streets are subject to drug and solvent abuse, as well as prostitution and violence. As a result of extreme poverty, child prostitution is on the rise, particularly in areas frequented by foreign tourists such as Rio de Janeiro, Recife and Fortaleza.

Many indigenous groups, particularly in the Amazon region, lack access to healthcare and other services. They have been hit hard by the twin threats of the COVID-19 pandemic and rampant deforestation, which is often driven by cattle ranchers, illegal mining and drug cartels encroaching on their traditional lands.

In rural regions of the country, literacy, infant survival rates and access to water facilities are well below the national average. Only 63 per cent of people in rural areas have access to basic sanitation facilities, compared to 94 per cent in the cities.

SPONSOR A CHILD IN Brazil keyboard_arrow_right

Try asking one of these curious questions in your next letter to spark a meaningful conversation with your sponsored child... Read more