Compassion began partnering with churches in 2004.

1,433
mums and their babies supported

It has been difficult to gain an accurate understanding of the spread of COVID-19 in Burkina Faso as testing has been extremely limited. Despite the uncertainty of case numbers, the impact of the pandemic has been evident in the nation’s increased widespread lack of food, shelter and medical care. Women and children have been especially vulnerable to exploitation, violence and malnutrition.

Heavy rains and continued unrest in parts of the country compounded the challenges of the pandemic. Thousands of families became displaced or without income. Local church partners in Burkina Faso have worked hard to continue providing support to children during this time. Many child development centres have now resumed normal activities, while some continue to meet in small groups or conduct home visits.

Since the beginning of the pandemic, local church partners have delivered more than 663,000 food packs and 681,000 hygiene kits to benefit families.

Watch the latest video update from Burkina Faso below to learn more. 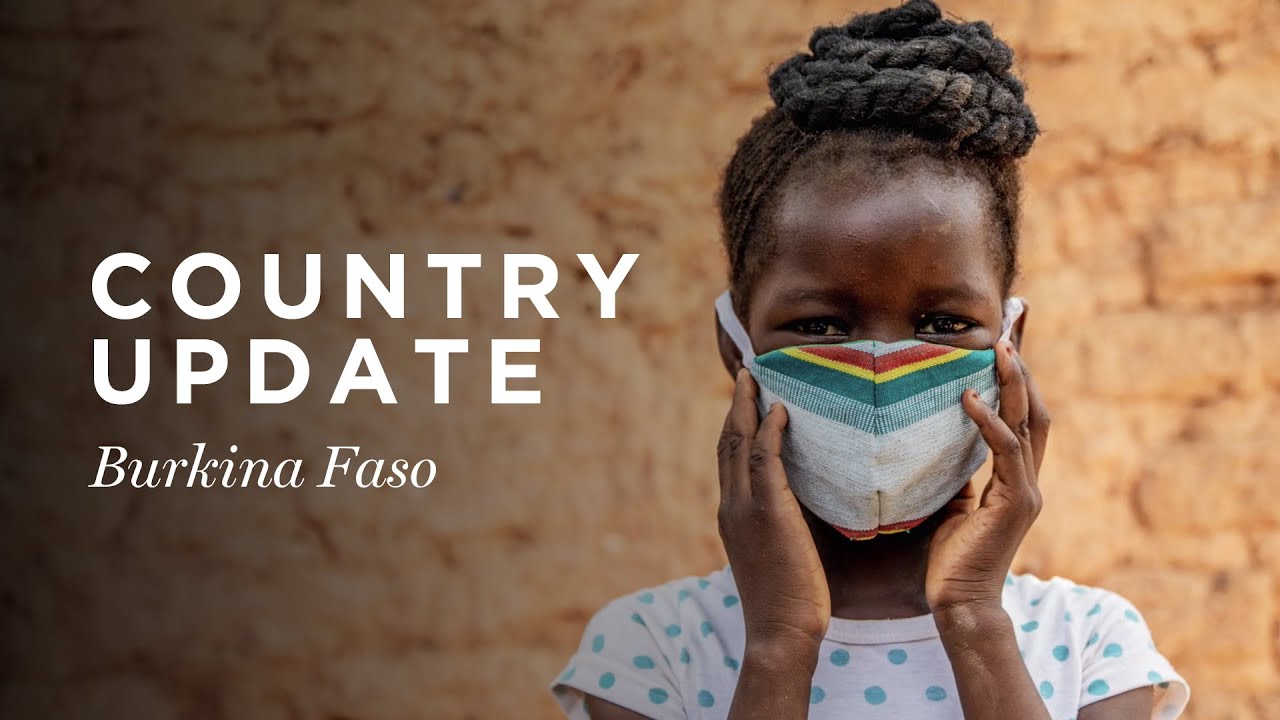 How is Compassion currently operating in Burkina Faso?

Thank you for praying for children and families in Burkina Faso who have been impacted by COVID-19—and the local staff and churches who continue to serve them in difficult circumstances. Please continue to pray for medical staff as they care for patients. Pray for the provision of the resources and strength they need. 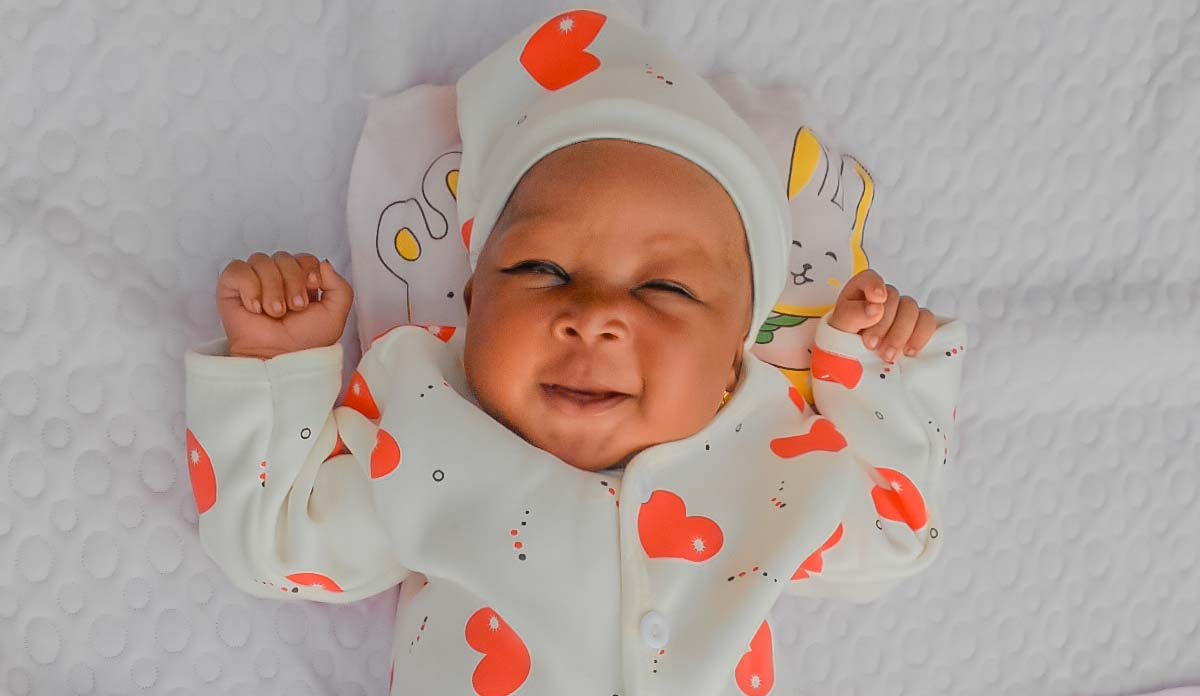 Born during a pandemic in Burkina Faso

Say hello to baby Grace from Burkina Faso! Born in the middle of a lockdown, this cutie’s delivery story is quite the tale! With a national curfew from 7pm to 5am in place, there was a big chance that Grace’s mum, Celine, would not be able to get to a hospital to deliver her baby.   Read more open_in_new

Born during a pandemic in Burkina Faso

Say hello to baby Grace from Burkina Faso! Born in the middle of a lockdown, this cutie’s delivery story is quite the tale!

With a national curfew from 7pm to 5am in place, there was a big chance that Grace’s mum, Celine, would not be able to get to a hospital to deliver her baby.

“It was hard to sleep at night when the delivery date was close,” says Celine. “I feared that the nurses would not be around to help me.”

Thankfully, Olga from the local Compassion Mums and Babies survival project was ready and willing to lend a helping hand. When Celine went into labour, she was able to remain calm, knowing the support she was already receiving from Olga would continue long after her delivery.

Amazingly, Celine’s labour began at 4am, so she only had to wait one hour until curfew lifted before her husband was able to take her to the clinic. Once there, she safely delivered her healthy baby girl. Praise God!

Shortly after the birth, Olga arrived with a gift basket full of essential supplies for Celine and her beautiful daughter. “All my fears are gone, and I thank God for providing for us in this difficult time,” says Celine.

We are so thankful for our wonderful survival project staff, who continue to support and care for mums and babies all over the world in this uncertain time.

Please note: Due to the current pandemic, some child development centres in Burkina Faso are operating a little differently. Our local church partners continue to meet the urgent needs of the children through home-based or small-group care where needed.

A snapshot of Compassion's Child Sponsorship Program in Burkina Faso 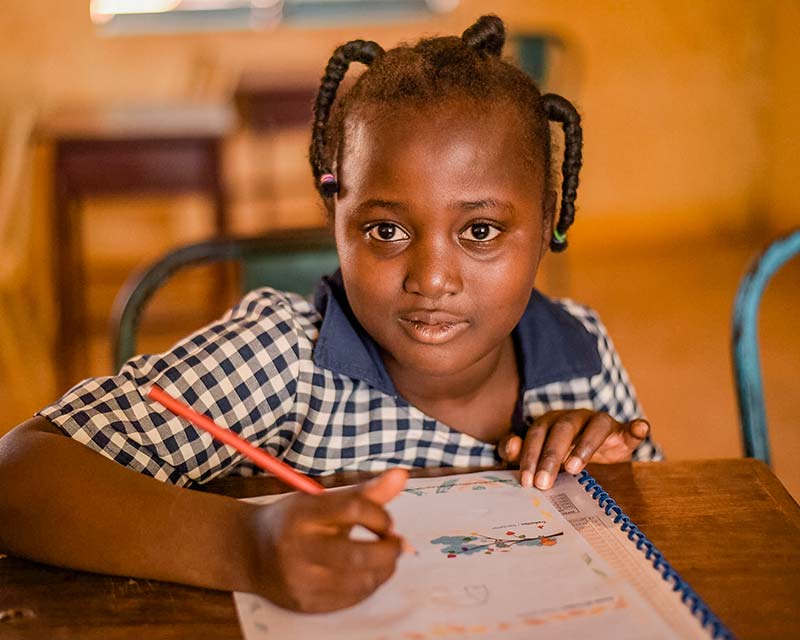 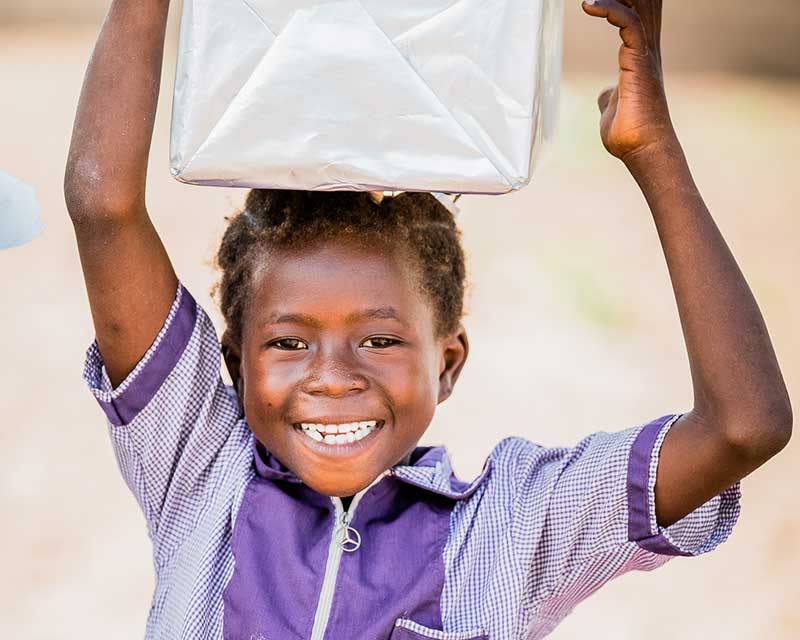 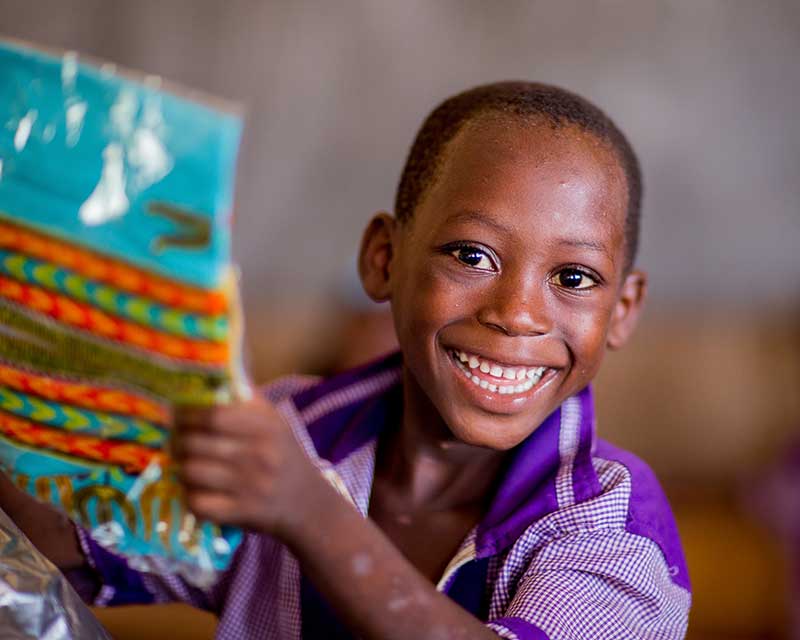 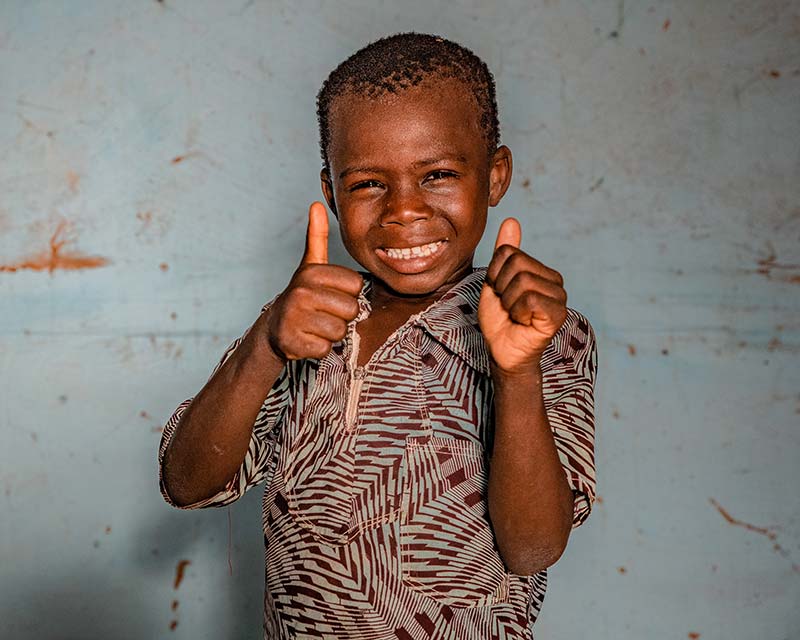 9:00am - A time of prayer, devotion and breakfast. Breakfast usually consists of milk, bread and porridge.

11:00am - Social-emotional lessons from conflict resolution to developing healthy self-esteem and a godly character. Children who often come from challenging home environments are taught social and personal skills.

12:00pm - Lunch and social time. Children are usually provided lunch which consists of rice, beans, sagabo (a local food made using millet or corn flour) and spaghetti. Additional nutritional support such as rice, maize and oil is provided for families in extreme need, such as those affected by HIV.

1:00pm - Health lessons where children are taught practical health and hygiene tips. Example topics include how to prevent malaria and HIV transmission.

In addition to Compassion’s curriculum, from the age of 12, students receive vocational training in areas like mechanics, hairdressing, sewing, soap making, gardening and animal breeding. Parents are offered income generation activities and training on topics such as hygiene, malaria prevention, reproductive health and nutrition.

Burkina Faso is home to over 21 million people, spread across more than 60 different ethnics groups that each have their own social and cultural distinctions. The overwhelming majority of people make their living from subsistence agriculture, which is vulnerable to drought, floods and in recent times, locust plagues.

Burkina Faso has a very young population: 43 per cent is under 14 and two-thirds younger than 30 years old. Many young people are frustrated by the lack of opportunity for education and reliable work. Almost one-third of primary school-aged students aren’t enrolled; instead, they often work the land in an attempt to boost their family’s income.

As millions of Burkinabes struggle to meet their daily needs, the ever-present threats of food and water scarcity across the nation make life more tenuous. Poor health is also a significant barrier to Burkina Faso’s development. Approximately 27 per cent of children in the country suffer from moderate or severe growth stunting caused by chronic malnutrition during early childhood. The country currently holds one of the highest infant mortality rates of all of countries in which Compassion works, with approximately 50 infants dying for every 1000 born.

Hello, Yaaba: Meet the Extraordinary Cook Who Feeds Hundreds of Children Every Week

Maton Baro wakes at 5am every Friday and walks to the local markets in her neighbourhood in sprawling Ouagadougou, Burkina Faso’s capital city. As the sun rises, she marches between the stalls, greeting the farmers and haggling good-naturedly over prices. She’s on a weekly mission to buy all the fresh ingredients she needs to feed hundreds of children at the nearby River of Love Child Development Centre (BF0450)... Read more

Will COVID-19 Lead to Increased Poverty?

The coronavirus (COVID-19) pandemic has left millions struggling with unemployment and uncertainty. But what will it mean for our world's most vulnerable citizens—children living in poverty?.. Read more