Compassion began partnering with churches in 1974

634
mums and their babies supported

A Colombian government official announced on 8 September that the country has passed its peak of infection, as the daily increase in new cases is declining. Colombia recently lifted its national health emergency, allowing all sectors of the economy to return to work. In Bogota, where the majority of cases have been reported, restrictions remain in place to control overcrowding in stores. The country plans to reopen its border to international flights on 21 September.

How is Compassion currently operating in Colombia?

Thank you for praying for children and families in Colombia who have been impacted by COVID-19—and the local staff and churches who continue to serve them in difficult circumstances. 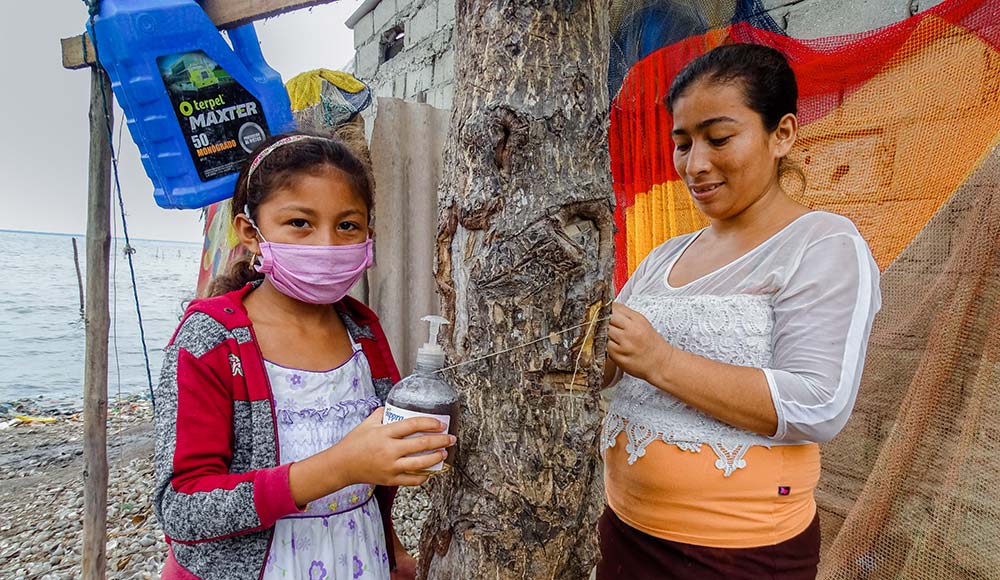 Fighting COVID-19 Through Handwashing in Colombia

For the small town of Palmira in Colombia, water is a scarce resource—which makes fending off a pandemic a difficult task. Thankfully, the brother of a tutor at Peniel Child Development Centre offered a solution in the form of a hands-free washing station.   Read more open_in_new

Fighting COVID-19 Through Handwashing in Colombia

For the small town of Palmira in Colombia, water is a scarce resource—which makes fending off a pandemic a difficult task.

Thankfully, the brother of a tutor at Peniel Child Development Centre offered a solution in the form of a hands-free washing station.

In Palmira, locals have access to clean water only once a week when it is pumped through an aqueduct. However, since the pandemic began, the water company isn’t operating as much as it usually would. Water tankers have rolled in to make deliveries, but this still isn’t enough to cover all of the needs of the locals.

Many children who live in poverty don’t have a bathroom at home—or even a wash basin. And while staff from the local child development centre have been teaching the community about hygiene measures, it can be hard for children and their families to implement them without the proper resources.

So local staff arranged for Franklin, the brother of one of their tutors, to design a hands-free washing station for the community. Using wooden sticks, ropes and a plastic bottle, Franklin designed a mechanism whereby a child can step on a piece of wood, which tugs at a rope attached to a bottle and slowly releases water—without using their hands.

The staff also created a video so that others can build their own hands-free washing station.

Nine-year-old Rosa, a child in Compassion’s Child Sponsorship Program, took it upon herself to create a washing station for her family with the help of her parents.

“I wash my hands every day because I take care of my body. God made my body and that is why I take care of myself by bathing, combing my hair, washing my hands, and brushing my teeth,” says Rosa.

While child development centres are temporarily closed, staff are still working to ensure children are kept safe and healthy by providing food baskets and constant support through phone calls and videos. They are also working on gaining additional funding to help supply more clean water to the community.

Please note: Due to the current pandemic, most child development centres in Colombia are temporarily closed. Our local church partners continue to meet the urgent needs of the children through home-based care.

A snapshot of Compassion's Child Sponsorship Program in Colombia 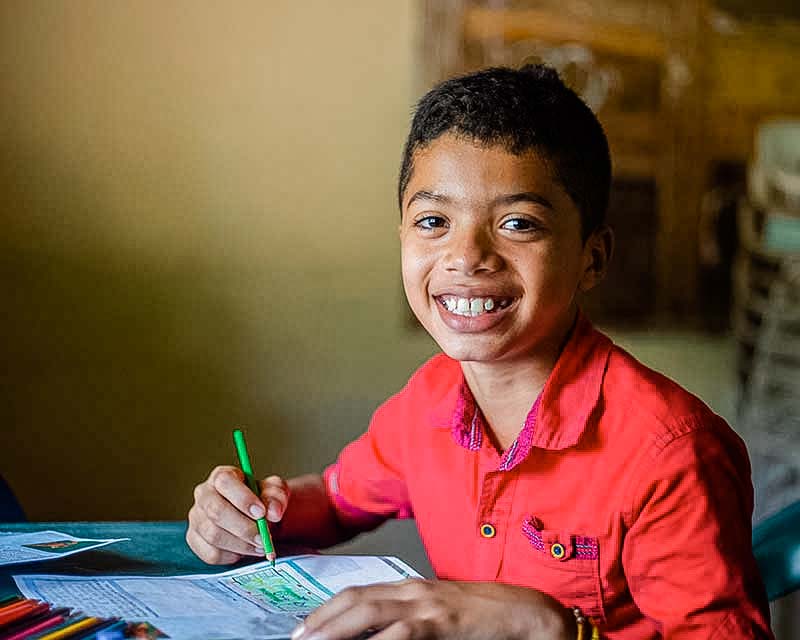 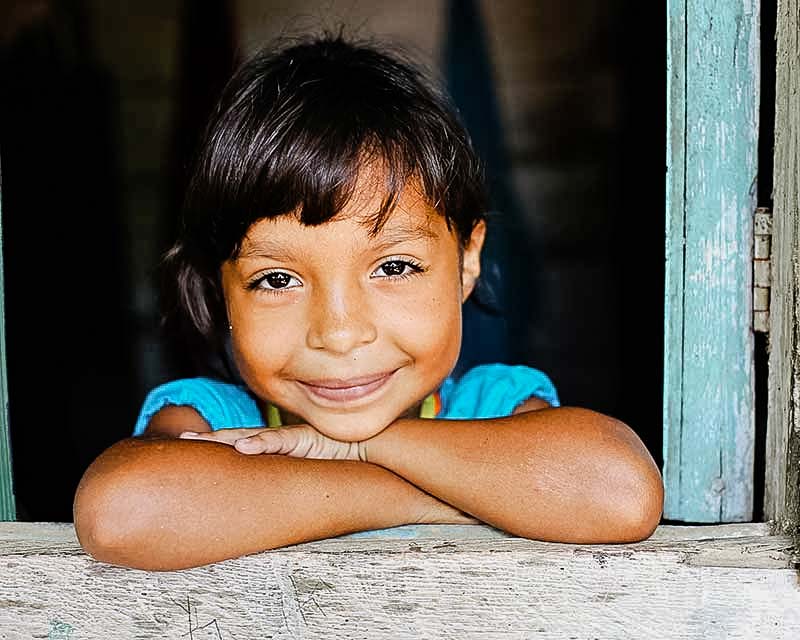 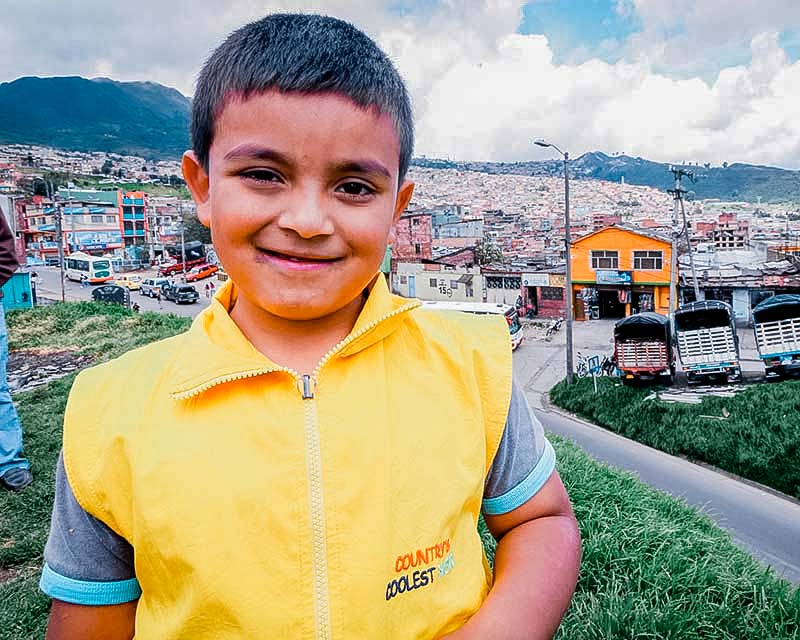 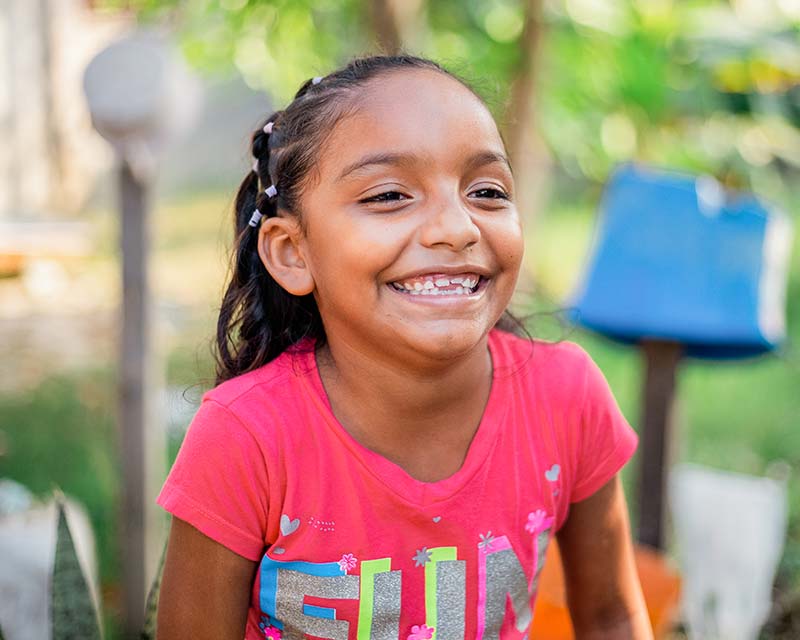 Break and snack time - Children can play in a safe environment and develop friendships. They are often provided a snack of biscuits and juice.

Lunch and social time - Children generally receive a snack and lunch at the centre twice a week. Lunch usually consists of rice and beans. If the children do not receive food at school, the local church aims to provide lunch each day.

Children are also encouraged to join in activities such as sports, yearly camps, festivals and spiritual retreats. Students can elect vocational training skills, such as computer maintenance, beauty skills, tailoring, baking and shoe making. Parents and caregivers are invited to workshops on parenting skills.

The greatest needs impacting children living in poverty in Colombia

children under the age of five die per 1000 births

For over five decades, Colombia was wracked by a civil war. The vicious, ongoing fighting left millions of people killed, injured, missing or displaced—many of them children.

The Colombian government estimates that 3.6 million people have been displaced since 2000; 75 per cent are women and children, many of whom now live in shanty towns around major cities and have little access to medical care, education, safe water and basic health services.

FARC (the most notorious and powerful insurgent group) signed a historic peace treaty in 2016 with the government, but splinter groups have rejected the peace deal and trafficking cartels and gangs still control large swaths of the nation. Violence is rising once again. Colombia remains one of the world’s top cocaine producers—and Australia is a significant export market.

Conservative Ivan Duque of the Democratic Centre Party won the Presidential election in 2018, becoming one of the nation’s youngest leaders. So far, his response to the COVID-19 pandemic has won him approval and seen his popularity soar. Yet allegations of vote-rigging and corruption against his administration persist.

And the poorest sections of society, including Colombia’s indigenous people, continue to struggle.

One-third of all Colombian children suffer from anaemia, and approximately 13 per cent of children under five years old suffer growth stunting caused by chronic malnutrition. Around four per cent of children between the ages of five and 14 are involved in child labour, which can interfere with their ability to attend school and expose them to dangerous situations.

Across the country, local churches continue to support and encourage children and their families, reaching out to those in need. With support from Compassion and generous sponsors, these local churches work to release children from poverty in Jesus’ name.

SPONSOR A CHILD IN Colombia keyboard_arrow_right

How One Teenager Quit Drugs and Dedicated His Life to God

As a 14 year old in small-town Colombia, Mateo fell into the trap of trying drugs with his friends and spiralled into addiction. But God had a plan to restore and redeem him through the love of his local church family... Read more

25 Photos of Family Dinner Time Everyone Should See

Take a journey around the world at dinner time. Your dining table and kitchen may not look like this, but for these families living in poverty, it’s the time where the laughter and good times occur despite their hardship. .. Read more

Will COVID-19 Lead to Increased Poverty?

The coronavirus (COVID-19) pandemic has left millions struggling with unemployment and uncertainty. But what will it mean for our world's most vulnerable citizens—children living in poverty?.. Read more