Compassion began partnering with churches in 1977.

830
mums and their babies supported

The pandemic, natural disasters and gang violence have all contributed to a huge increase in hunger in El Salvador, especially in rural areas. The government has commenced its vaccination program and most businesses are now operational without restrictions. Tourism remains promoted in El Salvador in order to restore lost jobs.

Compassion's local church partners in El Salvador have adapted to the changing guidelines by supporting children through home-cased care where possible. Local workers have even shared uplifting messages and public health information to benefit entire communities on local radio stations. Since the beginning of the pandemic, more than 592,000 food packs and over 349,000 hygiene kits have been distributed to families in poverty.

Watch the video update below to learn more about the current situation in El Salvador. 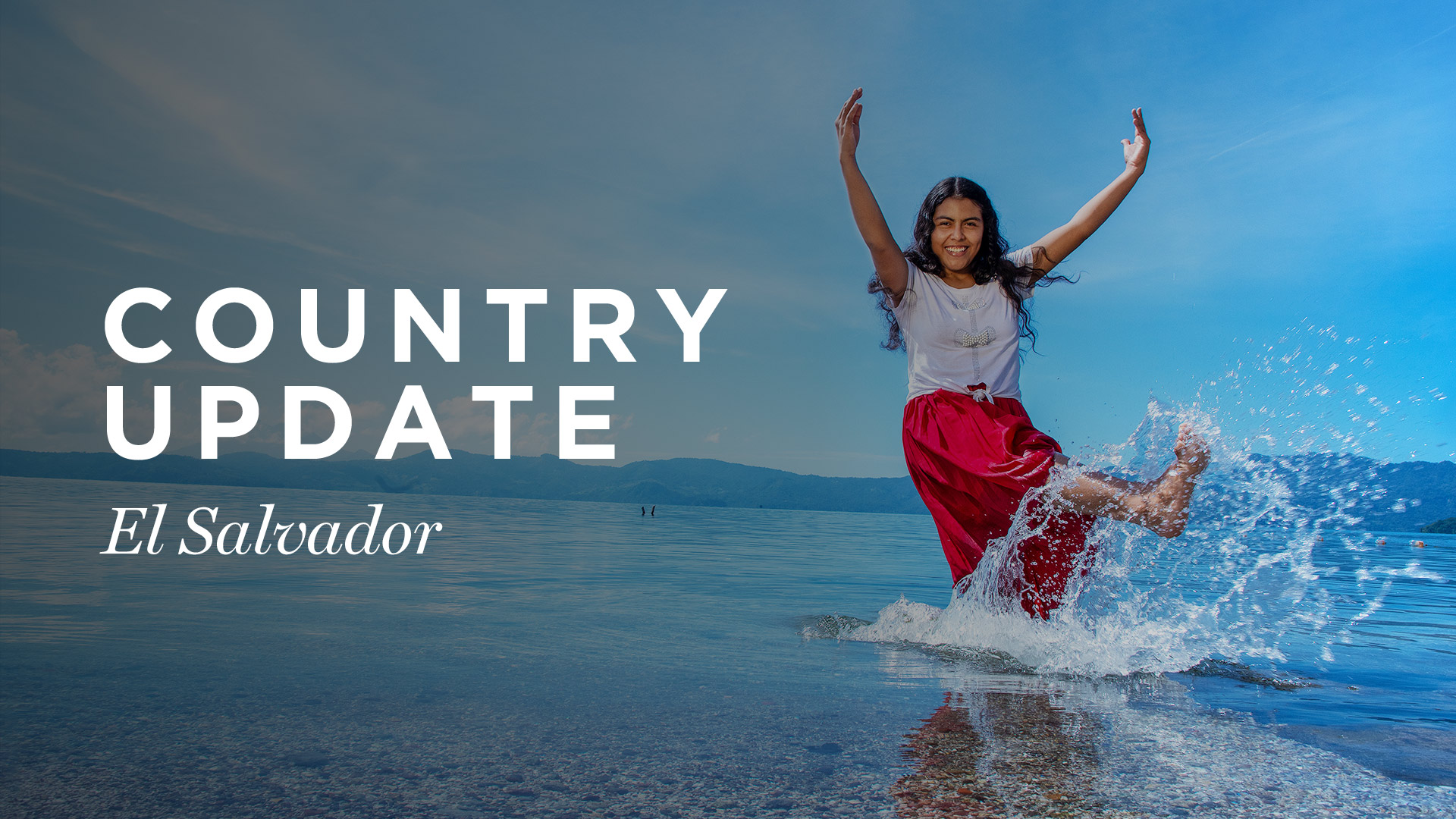 How is Compassion currently operating in El Salvador?

Thank you for praying for children and families in El Salvador who have been impacted by COVID-19—and the local staff and churches who continue to serve them in difficult circumstances. 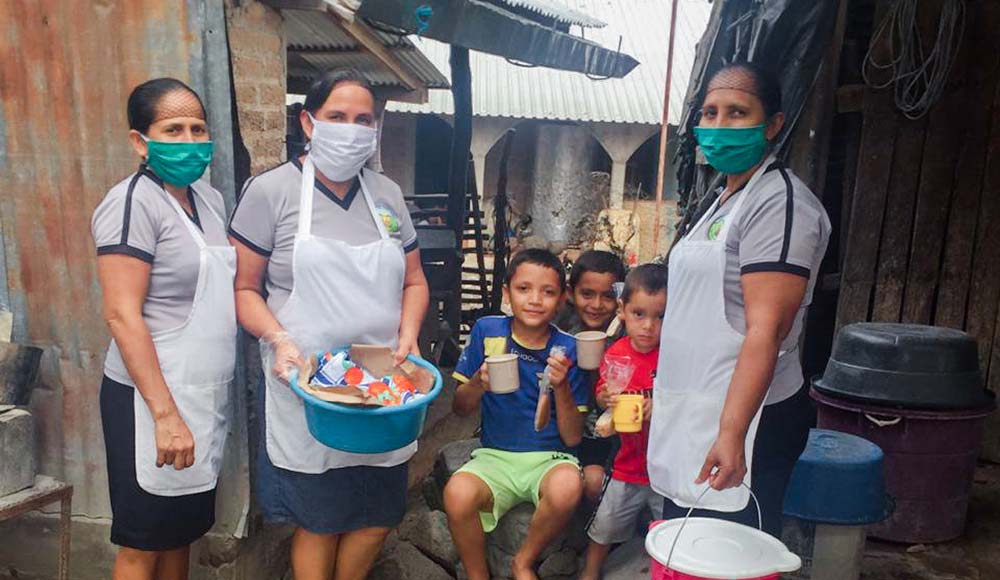 The COVID-19 pandemic has brought a lot of struggle to El Salvador. Many parents have lost their income and government-imposed quarantines have meant that vulnerable children registered with Compassion’s Child Sponsorship Program are unable to attend their centres, leaving them without their guaranteed one meal per day. That is, until a cook and a baker from a local child development centre decided to step in.   Read more open_in_new

The COVID-19 pandemic has brought a lot of struggle to El Salvador. Many parents have lost their income and government-imposed quarantines have meant that vulnerable children registered with Compassion’s Child Sponsorship Program are unable to attend their centres, leaving them without their guaranteed one meal per day. That is, until a cook and a baker from a local child development centre decided to step in.

Reyna and Ana from Children Growing in Peace Child Development Centre couldn’t bear the thought of children in their care going without food. So they came up with a solution—once a week, they would get up at 5am to cook nutritious meals and take them to the most vulnerable children in the community.

"When we are cooking, the smiling faces of the children who are going to receive the food comes to my mind. That makes me feel happy because it's a pleasure to know that they are going to taste special food at home," says Ana.

For three hours, they walk the streets of La Paz Bolivar to deliver the meals to grateful families.

"This is a gratifying experience because the children express to us their joy of receiving food and we look at how they immediately eat the food,” says Reyna. "We feel good to be able to share this food with other children who are not part of the program, but now they feel the love of God through this food.”

Both Reyna and Ana miss seeing the children’s smiling faces as they prepare food at the child development centre, and look forward to their return.

Please note: Due to the current pandemic, some child development centres in El Salvador are temporarily closed to group activities. Our local church partners continue to meet the urgent needs of the children through home-based care.

A snapshot of Compassion's Child Sponsorship Program in El Salvador 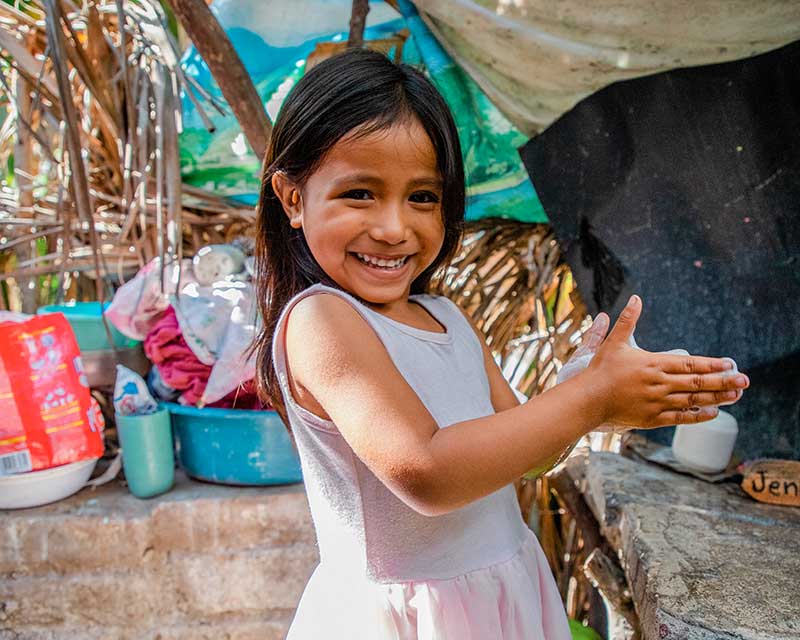 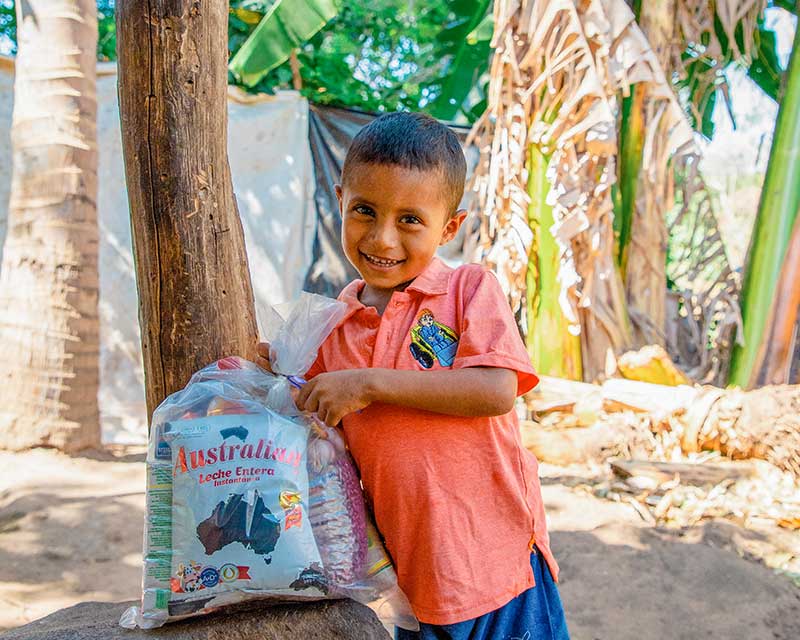 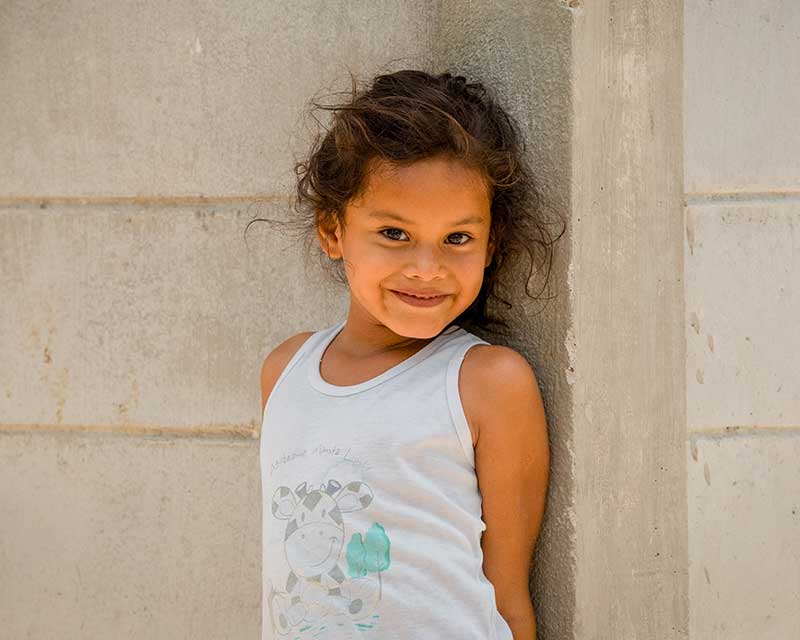 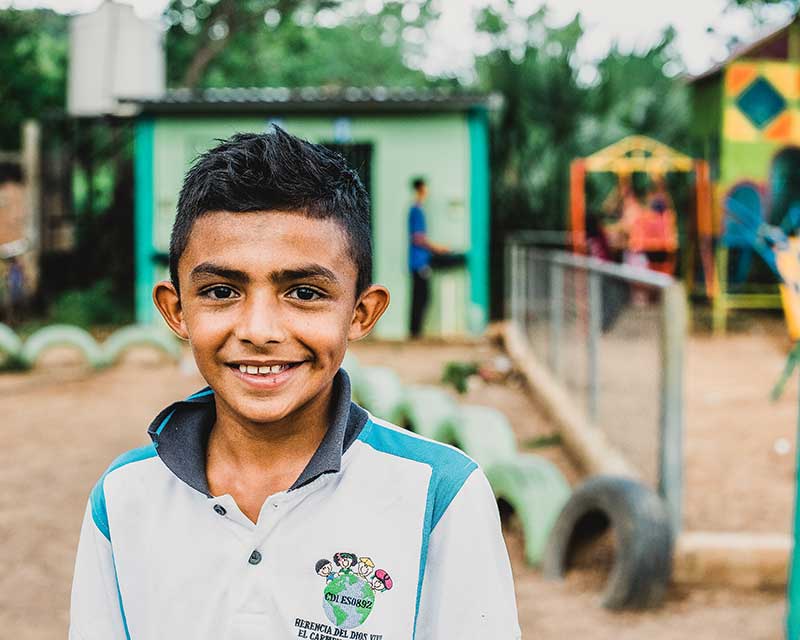 Lunch and social time - Children generally receive a nutritious meal every time they go to the centre. A typical meal consists of some type of carbohydrate, such as bread or tortillas, and protein such as soy, meat or chicken. This can include sandwiches, soup, rice pudding, pupusas (tortilla filled with cheese and beans), or enchiladas. Children who experience malnutrition are provided with additional nutritional support.

Letter writing and career planning - Older children work with local staff to identify their strengths and interests, and set goals for their future.

of people over 15 cannot read or write

The smallest and most densely-populated in Central America, El Salvador is still feeling the effects from a civil war that raged from 1980 to 1992. An estimated 75,000 people were killed, thousands disappeared, and more than a million were displaced in a country of only around 6 million people.

Even now, almost 30 years from the war’s end, justice is slow for those who died or lost loved ones. El Salvador President Nayib Bukele recently vetoed a new law that aimed to allow the prosecution of war crimes, saying that it was in reality “an amnesty law” that would allow judges to reduce the sentences of war criminals.

El Salvador also faces a pervasive threat from gangs. While gang-related crime has dropped in recent years, violence is a daily reality for many, and the country has one of the highest homicide rates in the world. This is a major factor, along with ongoing drought and high unemployment, in so many locals fleeing their homes and heading for the US border.

President Nayib Bukele was elected in early 2019 in a strong protest vote against the major parties; the political outsider and former mayor ran on a platform of tackling corruption and swept to power. But the Congress is dominated by traditional party members and it remains to be seen how effective President Bukele’s calls for change will be.

Up to one in three Salvadorans lives in poverty, with about 8.5 per cent of citizens living in extreme poverty, according to the World Bank. Malnutrition is a threat for many children, especially in rural areas where so many families rely on agriculture for their income. Drought has led to widespread crop failures and tropical storms and hurricanes have also caused widespread damage.

Children and young people are also targeted by gangs, particularly in urban areas; many girls are threatened, abused and raped—or simply disappear—while boys are coerced into joining gangs and inducted into a life of crime. Education and graduation rates are low, and those that do persist with their education and graduate can still find it difficult to obtain steady employment.

Yet local churches across the country are at work, serving the children of their communities and sharing a hope more powerful than poverty.

12 Fascinating Photos of Tiny Homes in the Developing World

The 'tiny home' movement is making its way across the world—but tiny homes are nothing new. People have lived in tiny homes for much of human history. Here are 12 fascinating photos of tiny homes from around the world. .. Read more

6 Amazing Girls Who Will Inspire You

We’d like to introduce you to six inspiring girls (some now grown into amazing women) who have endured adversity and whose stories will challenge you to live your best life. .. Read more