Compassion began partnering with churches in 1993.

1,531
mums and their babies supported

Conflict in northern Ethiopia has caused transportation, banking and communications to be cut off in parts of the country. Combined with the COVID-19 pandemic, as well as flooding and locust invasions in 2020, these crises have caused extreme food shortages and loss of wages for many families. The humanitarian crisis in this country has worsened. Find out more about the impacts of the conflict on Compassion's work in Ethiopia here.

Some child development centres in Ethiopia are operating differently during this time. Many have now resumed normal program activities for registered children. Since the beginning of the pandemic, local workers in Ethiopia have delivered more than 1,695,000 food packs and 1,107,000 hygiene kits to families in poverty.

In times of crisis, Compassion’s highest priority is the safety and protection of the children we serve. We’re so grateful for your faithfulness in standing alongside our staff and church partners in Ethiopia.

Watch the video update below to learn more about Compassion's work in Ethiopia. 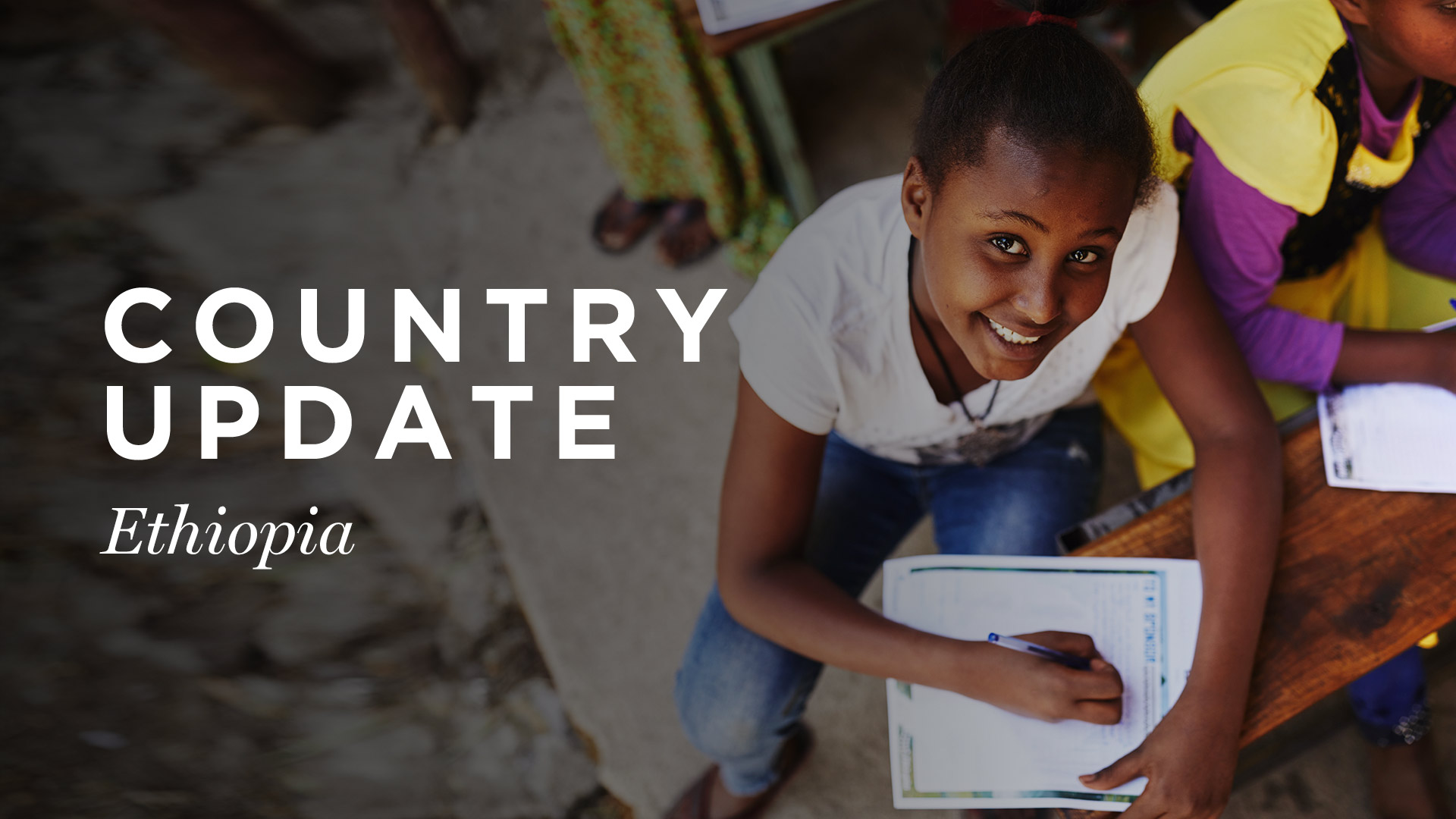 How is Compassion currently operating in Ethiopia?

Thank you for praying for the children, families and local church partners we serve in Ethiopia. 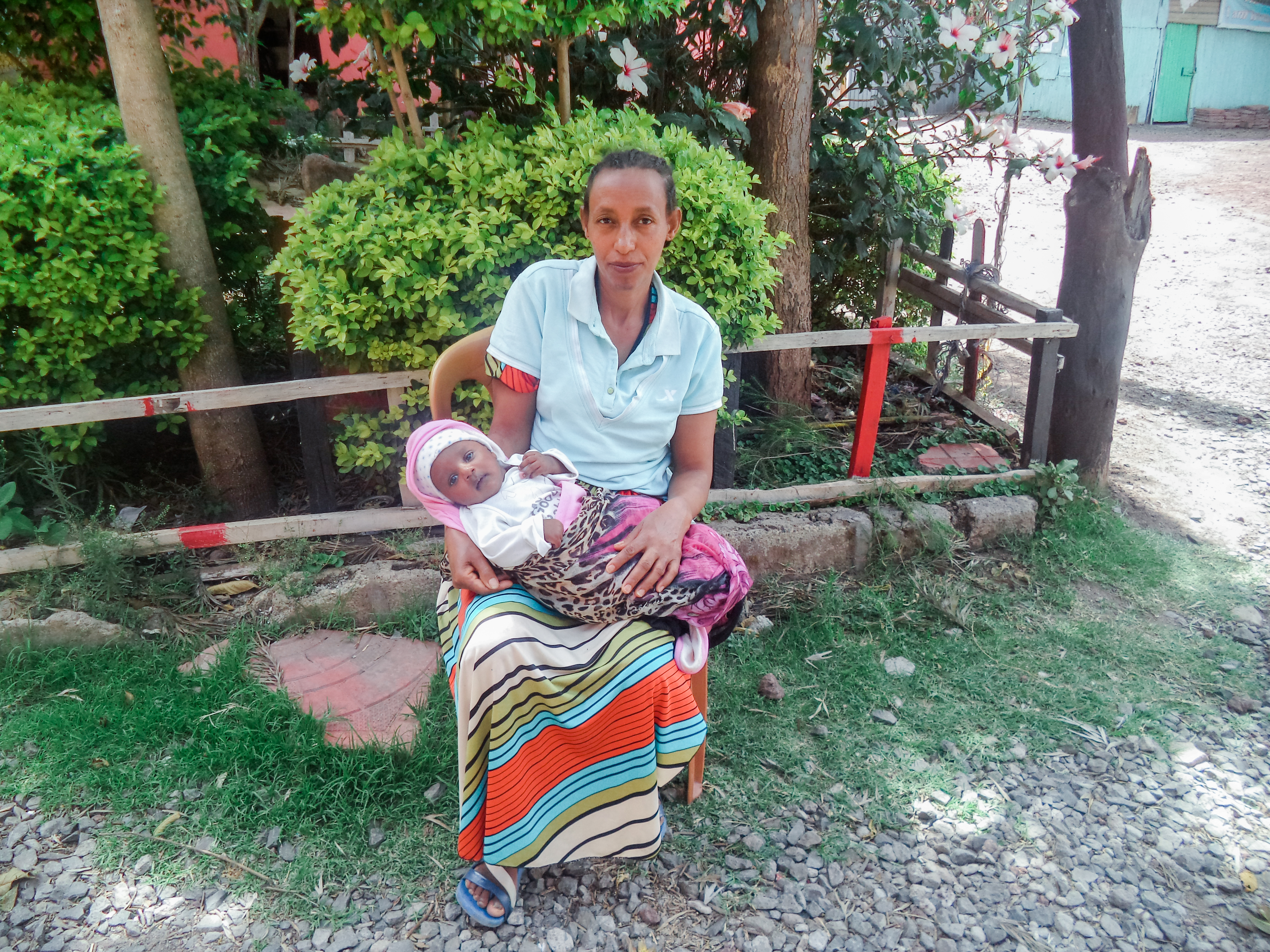 The excitement and anticipation of having a second baby was slowly deflated and replaced by fear for Aynalem and Tadesse. When COVID-19 caused both Aynalem and Tadesse to lose their income as quarantine was put in place in Ethiopia, they were terrified they wouldn’t be able to provide for their child.   Read more open_in_new

The excitement and anticipation of having a second baby was slowly deflated and replaced by fear for Aynalem and Tadesse.

When COVID-19 caused both Aynalem and Tadesse to lose their income as quarantine was put in place in Ethiopia, they were terrified they wouldn’t be able to provide for their child.

Hope came from an unexpected place when Aynalem was registered into the Compassion Mums and Babies survival project at the local church.

When baby Metages was born, a large delivery of food and supplies from the survival project staff was the support they needed.

“Witnessing their joy as they received the food and support and additional baby items made me thank God with them in tears,” says local staff member, Danse.

Even though COVID-19 doesn’t allow survival project staff to visit Aynalem and baby Metages at home, Danse calls frequently to check on their progress and wellbeing. Even in quarantine, the families in Compassion’s program are never alone.

Please note: Due to the current pandemic, some child development centres in Ethiopia remain temporarily closed to large group activities. Our local church partners continue to meet the urgent needs of the children through home-based care.

A snapshot of Compassion's Child Sponsorship Program in Ethiopia 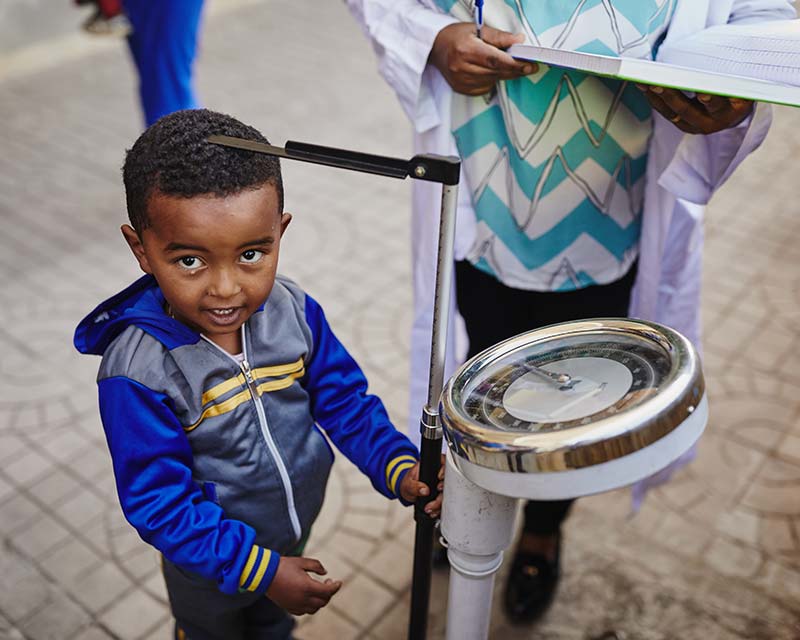 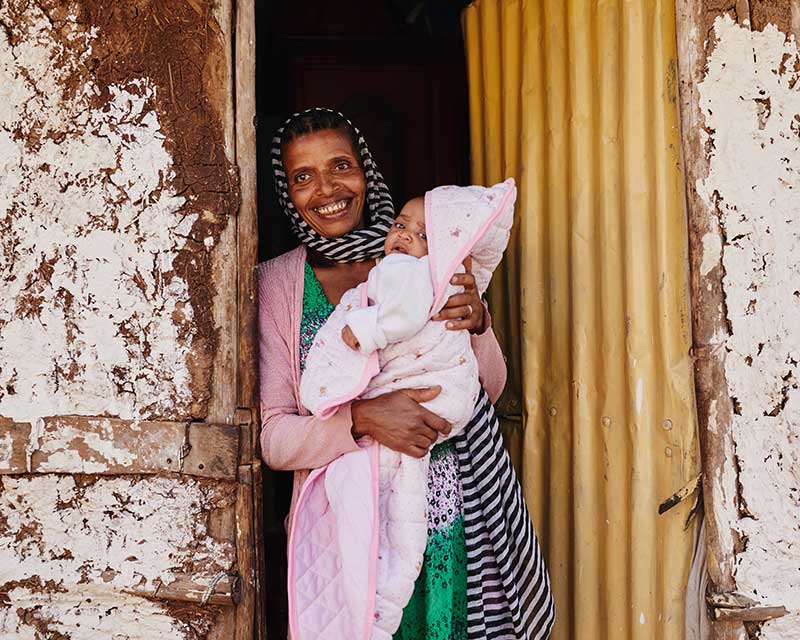 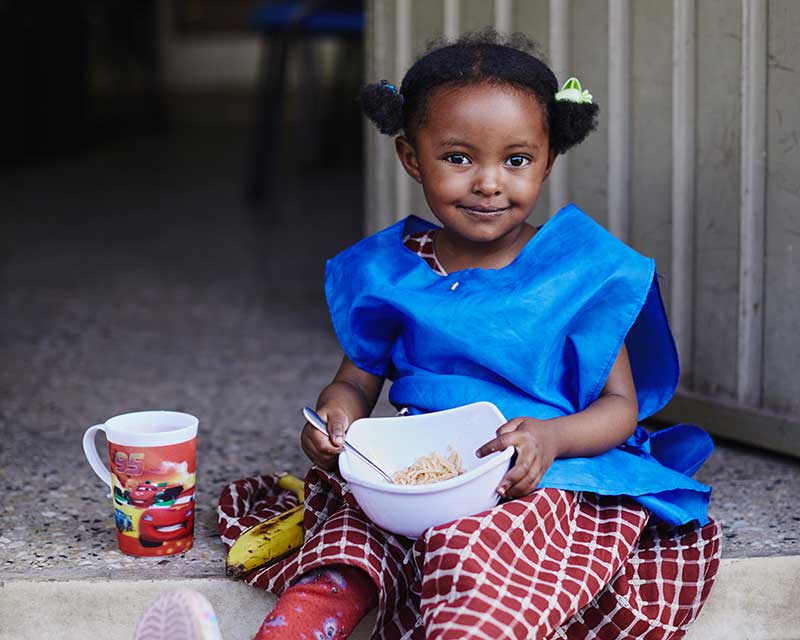 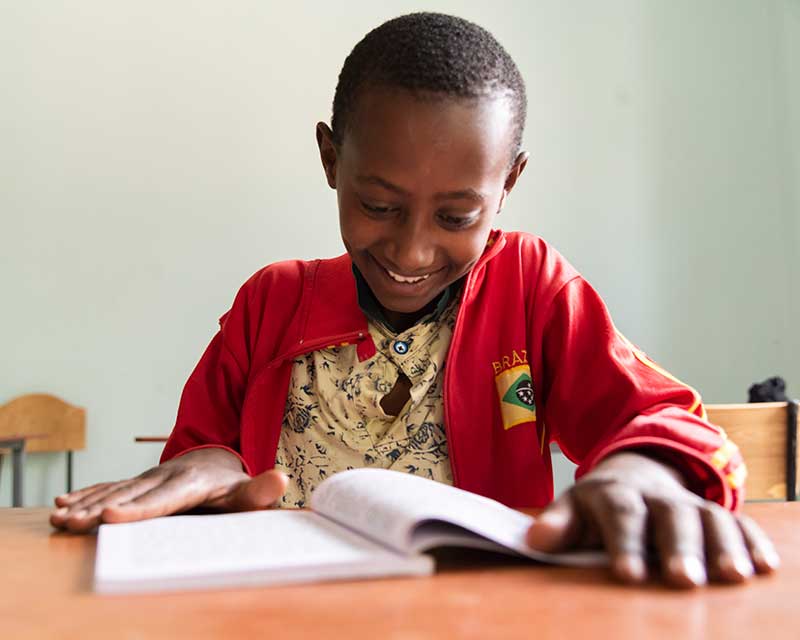 9:30am - Spiritual lessons in which children sing songs and learn Bible stories.

12:00pm - Snack and social time. Light snacks are usually provided at the centre, including bread, tea and crackers. Every three months, supplementary grain and cooking oil is provided to families. If a child shows evidence of malnutrition, centre staff will seek the advice of a doctor and provide additional food and nutritional support accordingly.

Students can elect vocational training skills depending on their area of interest, and often receive professional certification in the skill they are learning. Children in Ethiopia are offered additional classes in topics such as work ethics, study skills and entrepreneurship.

The greatest needs impacting children living in poverty in Ethiopia

Ethiopia is one of the oldest nations in the world, with a rich and proud history. It is the largest and most populated nation in the Horn of Africa.

Ethiopia has played a key role in Africa’s development. It was one of the first to sign the Charter of the United Nations and was a powerful symbol of African freedom and sovereignty during an era of widespread colonisation.

Yet millions of Ethiopians still live in grinding poverty.

Decades of political instability, ongoing conflict with Eritrea, and devastating famines in the late 20th century severely curtailed its progress.

Much of Ethiopia’s economy is based on agriculture, yet deforestation and changing climate factors leave it vulnerable to drought.

Diseases such as malaria and tuberculosis continue to claim thousands of lives every year, and the most vulnerable are the youngest children.

Ethiopia is also home to a large population of displaced people, many from farming towns whose crops have failed in recent years, as well as refugees from surrounding nations, including South Sudan, Somalia and Eritrea.

More than one in three children across the country suffer from malnutrition, which affects every part of life and makes them more vulnerable to other diseases. The nation still has one of the world’s highest mortality rates for children under the age of five.

Christianity became Ethiopia’s state religion in the fourth century, and the Church remains a beacon of hope in local communities across the country.

In the midst of difficult circumstances, local churches are giving the children the practical, spiritual and emotional support they need to thrive.

SPONSOR A CHILD IN Ethiopia keyboard_arrow_right

Supakan’s home has only one piece of furniture: a cupboard made from cardboard and glass. It’s where her family keeps their favourite, most precious belongings—like Supakan’s letters from her sponsor. Why are letters so valuable to sponsored children? We asked three children from around the world to share why their sponsor’s letters mean so much... Read more

There's no question about it: your letters make a huge difference in your sponsored child's life. If you want to write to them but don't know where to start, simply customise the template letters below... Read more