542
mums and their babies supported

For Guatemala, one of the biggest challenges during the COVID-19 pandemic has been finding enough food and clean water, especially for the poorest communities. To help alleviate the scarcity, various countries from the global community have sent funding to be used as humanitarian aid and help battle food insecurity. Towards the end of 2020, Hurricanes Eta and Iota also caused significant damage throughout Guatemala, adding to the pandemic's challenges.

Local church partners have worked hard to adapt their programs to suit the changing government restrictions. Many child development centres continue to offer smaller gatherings or home visits to slow the spread of the virus. Since the beginning of the pandemic, local workers have delivered over 718,000 food packs and 312,000 hygiene kits to vulnerable families.

Check out the video below to find out more about the current situation in Guatemala. 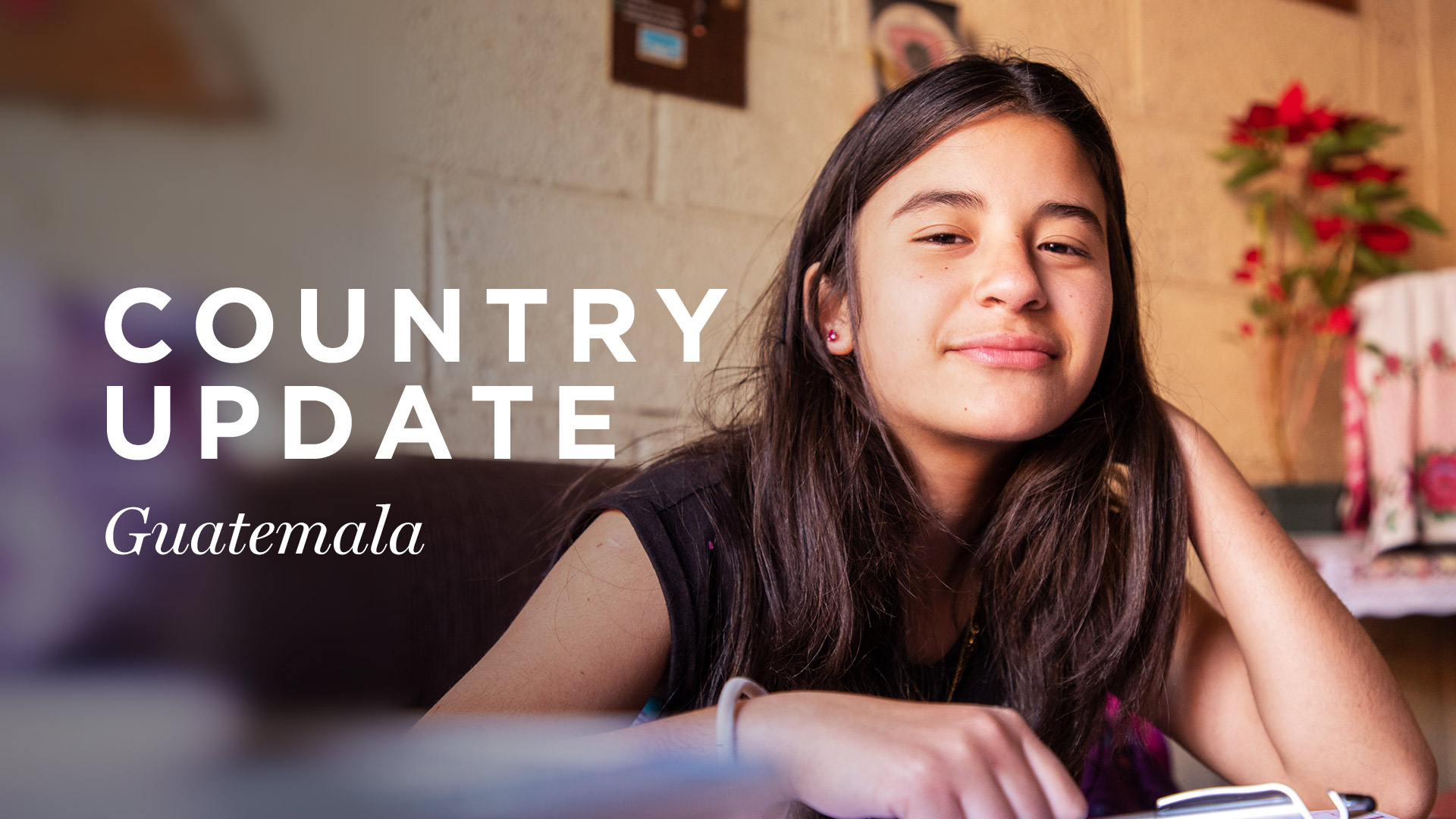 How is Compassion currently operating in Guatemala?

Thank you for praying for children and families in Guatemala who have been impacted by COVID-19—and the local staff and churches who continue to serve them in difficult circumstances. 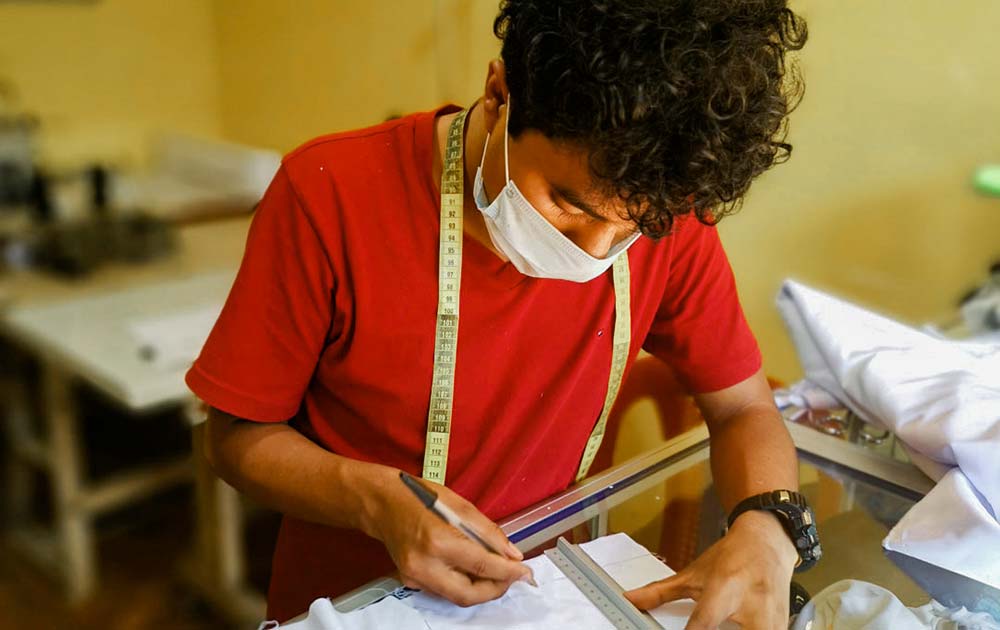 When face masks and hand sanitiser suppliers ran out of stock, former sponsored child Yonathan wanted to help the vulnerable in his Guatemalan community.

“I was working on making uniforms for one local school, but I stopped my production to focus on serving people,” he says.

The 25-year-old is now using his tailoring skills to make microfibre face masks. While medical masks are the best option to prevent the spread of the virus, a handmade mask can offer some protection alongside other preventive measures.

“The face masks may reduce just a little percentage of COVID-19. The highest prevention is being careful, following the rules, staying at home, taking it easy and trusting in our Lord,” says Yonathan.

As Yonathan weaves hundreds of masks, he thinks about his former sponsors in Italy, the nation with the highest number of COVID-19 cases.

“Keep trusting in God ... He has everything under control even when we think it is not so. God will always take care of His sons and daughters ... He will take care of you. Thanks to that support, I am helping my community today."

Please note: Due to the current pandemic, many child development centres in Guatemala are temporarily pausing group activities. Our local church partners continue to meet the urgent needs of the children through home-based care.

A snapshot of Compassion's Child Sponsorship Program in Guatemala 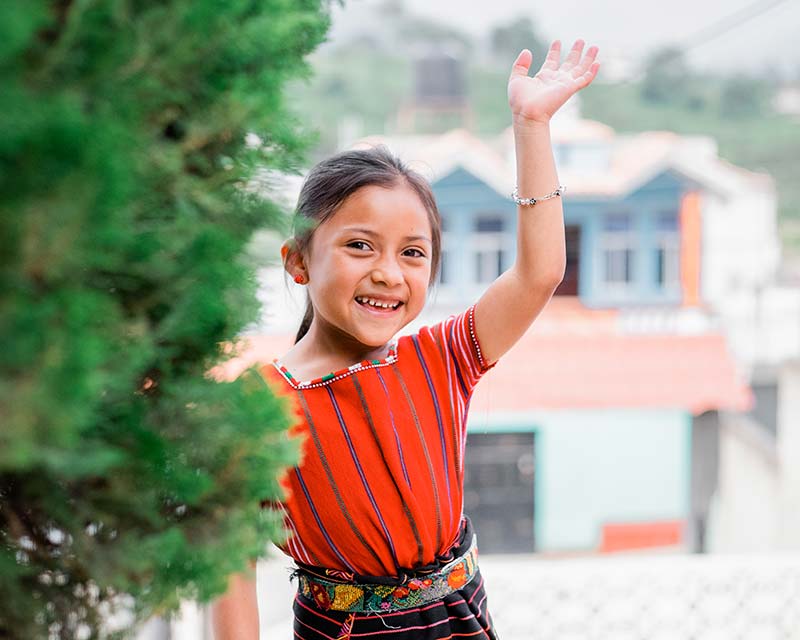 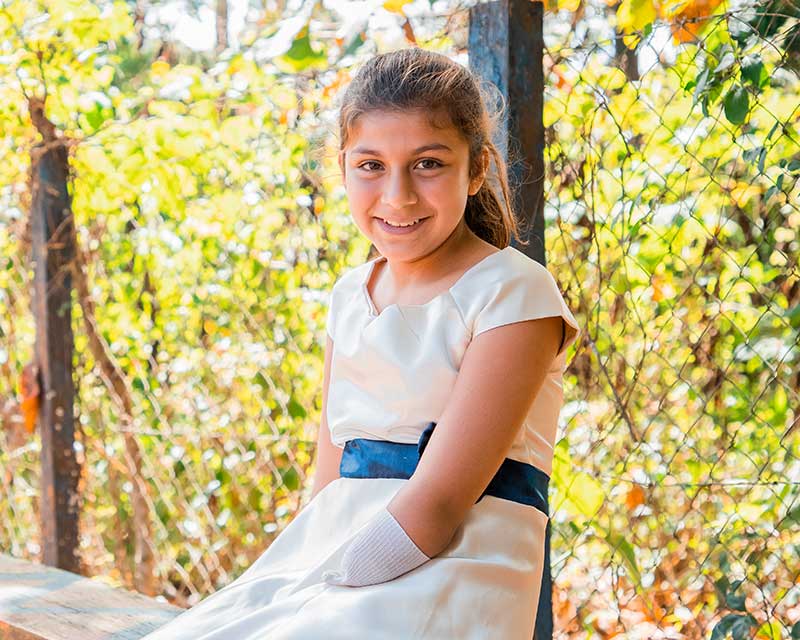 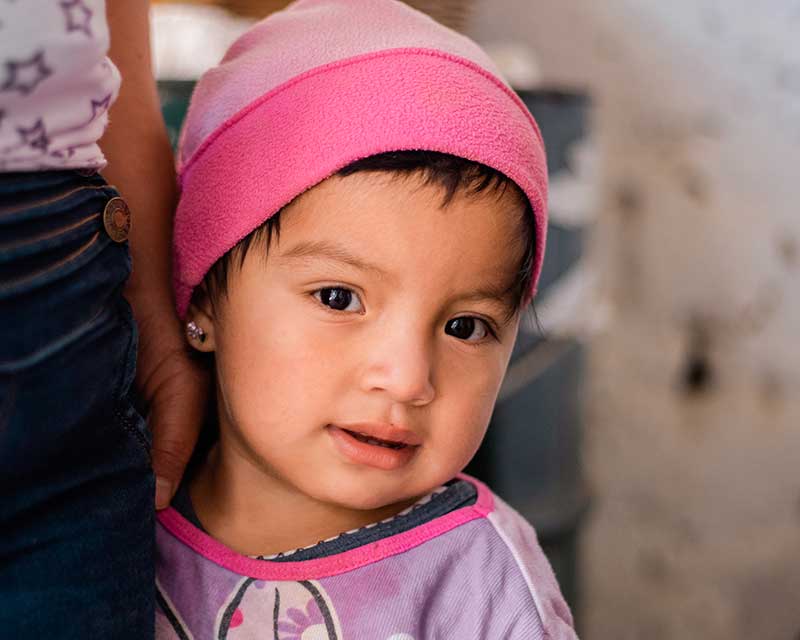 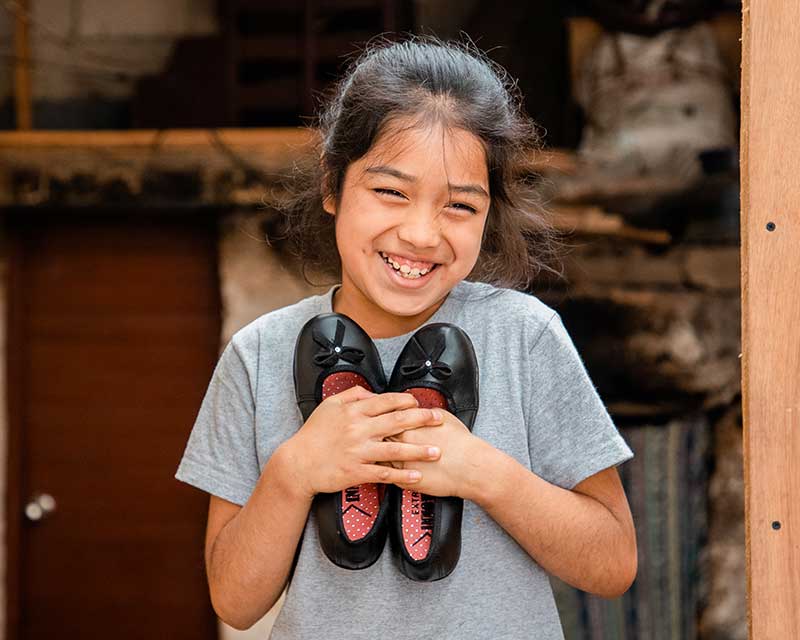 Break and snack time - Children can play in a safe environment and develop friendships. They are often provided with a substantial snack during program activities. A snack often consists of cereal and a banana, a sandwich and fruit.

Social-emotional lessons - Children learn conflict resolution skills and how to develop healthy self-esteem. Many of the children come from challenging home environments and are taught social and personal skills.

Lunch and social time - Children generally receive lunch at the centre. A typical meal usually consists of meat (chicken or beef), rice, vegetables and tortillas. They may also have chicken broth, a piece of chicken, vegetables and tortillas. They often receive a hot beverage called atol made from different cereals like corn and wheat. In the hot areas of the country, they might receive lemonade or juice.

In addition to Compassion’s curriculum, older students can choose to undergo vocational training to build their skills in carpentry, pastry baking, seamstress training, beautician skills, or handicrafts. Some centres have partnered with a government organisation INTECAP (Technical Training and Productivity Institute) to provide sponsored children with the skills they need to become competitive in the workforce. Parents are invited to meetings to discuss topics such as child development and health issues.

The greatest needs impacting children living in poverty in Guatemala

of people can’t read and write

Poverty is rising in Guatemala, with indigenous people and rural communities most affected. As crops fail in ongoing drought, many families are gripped by famine. Almost half of the nation’s children are chronically malnourished—one of the highest rates in the world.

After almost four decades of civil war ended in 1996, Guatemala made significant ground in the fight against poverty.

Despite its economy being the largest in Central America, the nation is still racked by some of the worst poverty, malnutrition and maternal-child mortality rates in the region—and the gap between rich and poor is growing.

There are many underlying issues: crop failure caused by drought and a changing climate; political corruption and cronyism; a lack of protections for workers leading to rampant wage exploitation; rising violence at the hands of drug cartels and gangs. Their combined destruction has seen a record wave of Guatemalans flee the country in recent years, most headed for Mexico and onward to the United States border.

In all of this, it is the poorest families that suffer most. Many are entirely dependent on remittances sent back by family members who have emigrated to the US—and more and more of those who haven’t gone yet will go soon, unless these underlying issues are addressed.

Local churches across the nation are stepping up to protect their people from extortion and violence, to offer shelter and food where they can, to meet basic needs and provide children with an environment of safety and security, where they can learn, grow and play without fear.

SPONSOR A CHILD IN Guatemala keyboard_arrow_right

Eleven-year-old Cleidy from Guatemala was born missing both hands. But despite her disability, she won't let anything stop her from writing! .. Read more