Compassion began partnering with churches in 1974.

461
mums and their babies supported

Honduras continues to rebuild following the 2020 hurricane season and the COVID-19 pandemic, with millions still facing hunger and poverty. The United States has been joined by other countries in providing aid to Honduras, which the government has stated they will use in their hurricane relief efforts.

Most child development centres in Honduras continue to meet with registered children in smaller groups or through home visits. Some centres have now been able to safely resume normal activities. Since the beginning of the pandemic, local church partners have delivered more than 484,000 food packs and 344,000 hygiene kits to vulnerable children and their families.

Watch the video update below from our church partners and staff in Honduras to learn more. 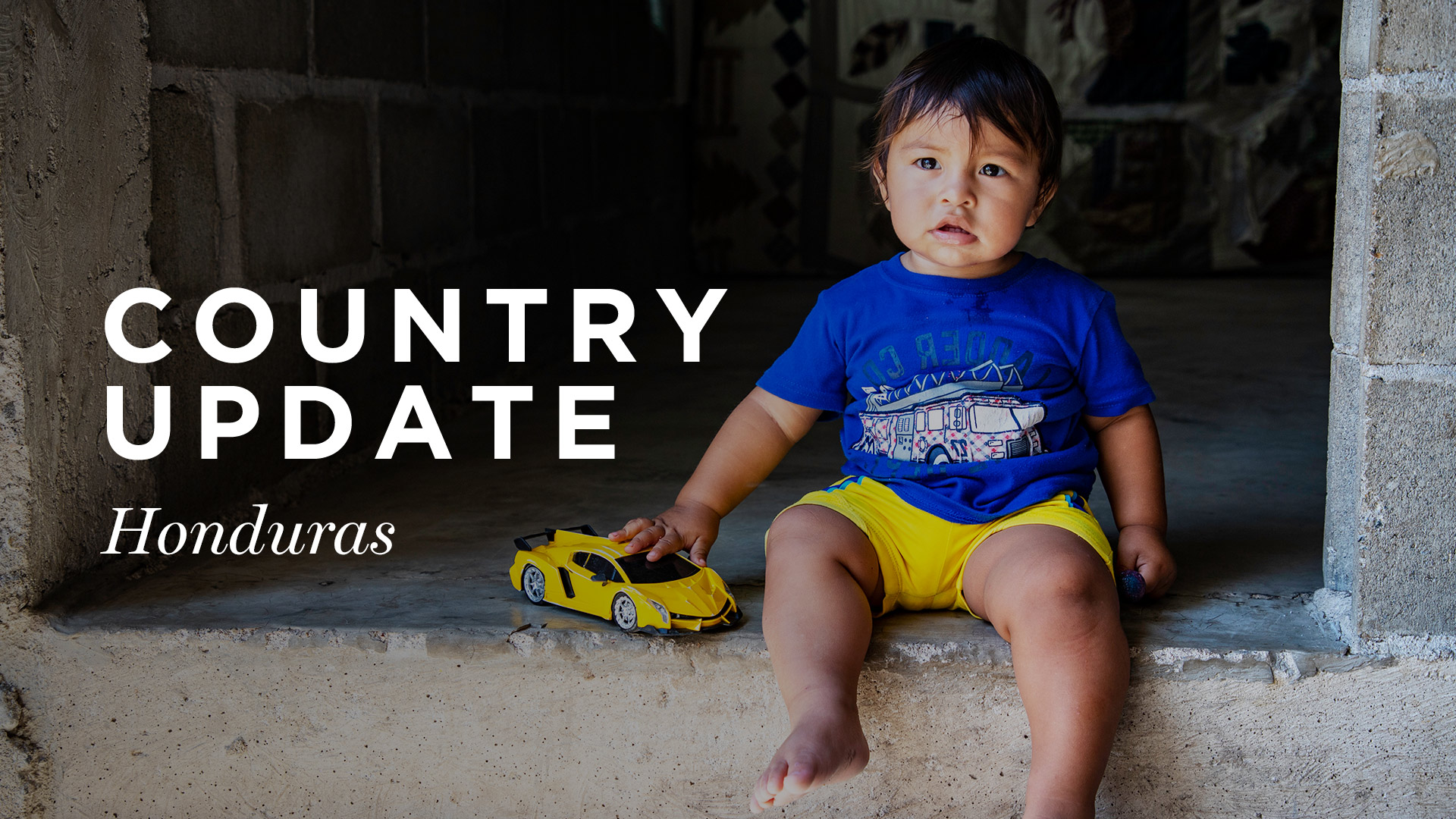 How is Compassion currently operating in Honduras?

Thank you for praying for children and families in Honduras who have been impacted by COVID-19—and the local staff and churches who continue to serve them in difficult circumstances. 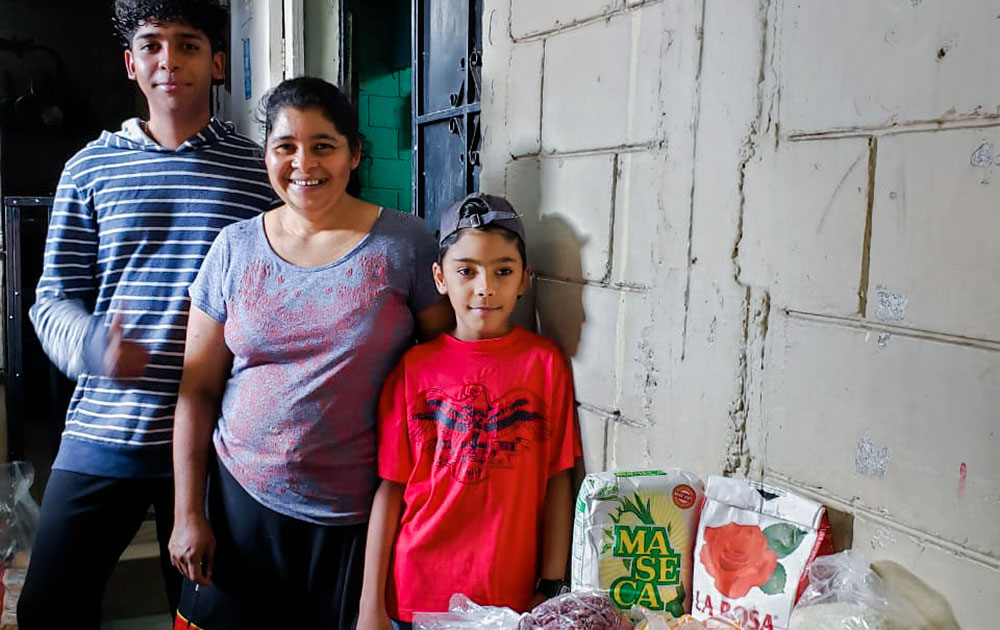 They might not be able to physically meet on the playground, but God’s love continues to unite sponsored children across Honduras in powerful ways! When Honduras was placed on lockdown to prevent the spread of COVID-19, local churches were determined to continue bringing hope to isolated families.   Read more open_in_new

They might not be able to physically meet on the playground, but God’s love continues to unite sponsored children across Honduras in powerful ways!

When Honduras was placed on lockdown to prevent the spread of COVID-19, local churches were determined to continue bringing hope to isolated families.

With approval from the President of Honduras and social distancing in mind, staff have been working day and night to deliver groceries and pray with children and families in need.

“We let them know that God is in control and we look forward to seeing the kids back in the centre soon,” says Centre Director Ninfa.

The children may be at home, but they’re still connecting with one another by sharing ‘day in the life’ videos with their classmates and tutors. Staff also stay connected with families by sharing Bible verses, worship songs, and prayers of encouragement via voice messages.

Although the children miss their friends and tutors, they still have hope knowing that God is always with them.

Praise God for His provision over sponsored children in Honduras! With the help of technology and creative thinking, hope continues to rise.

Please note: Due to the current pandemic, some child development centres in Honduras are meeting in smaller groups or through home visits rather than large gatherings.

A snapshot of Compassion's Child Sponsorship Program in Honduras 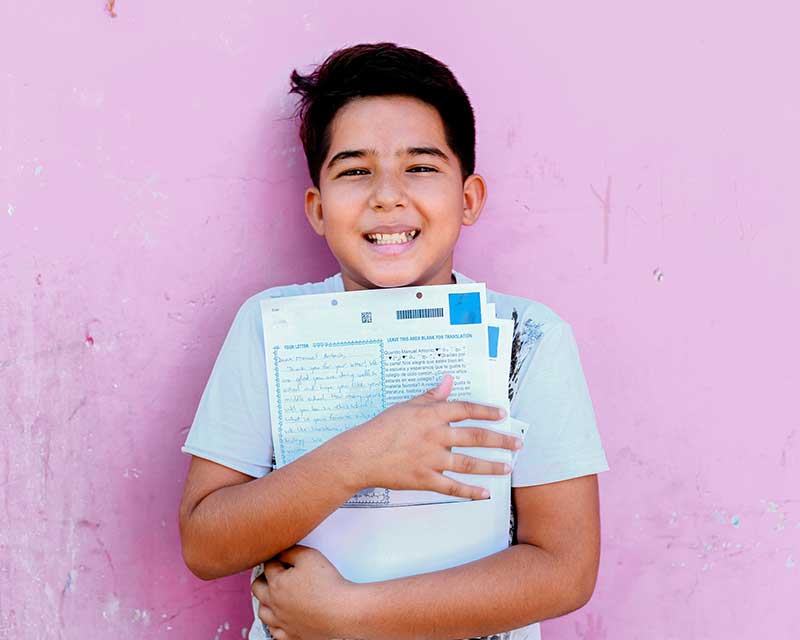 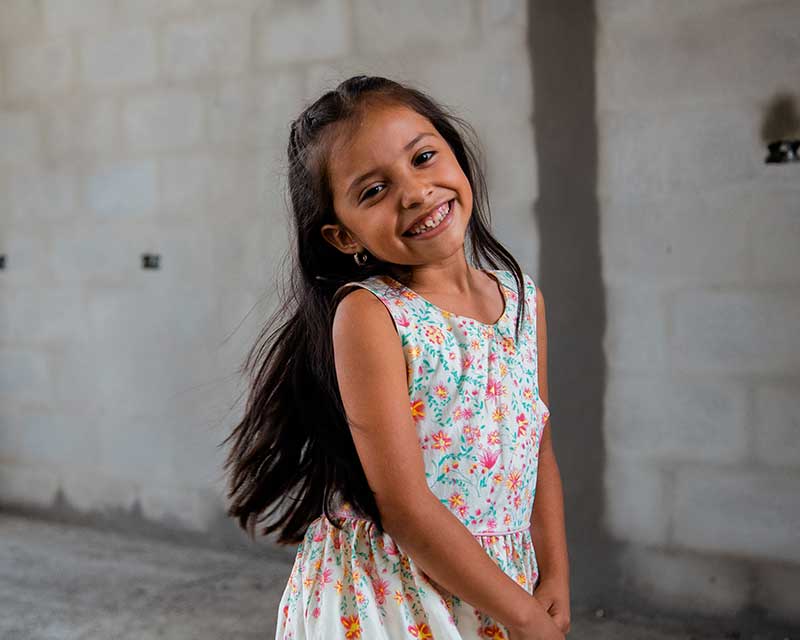 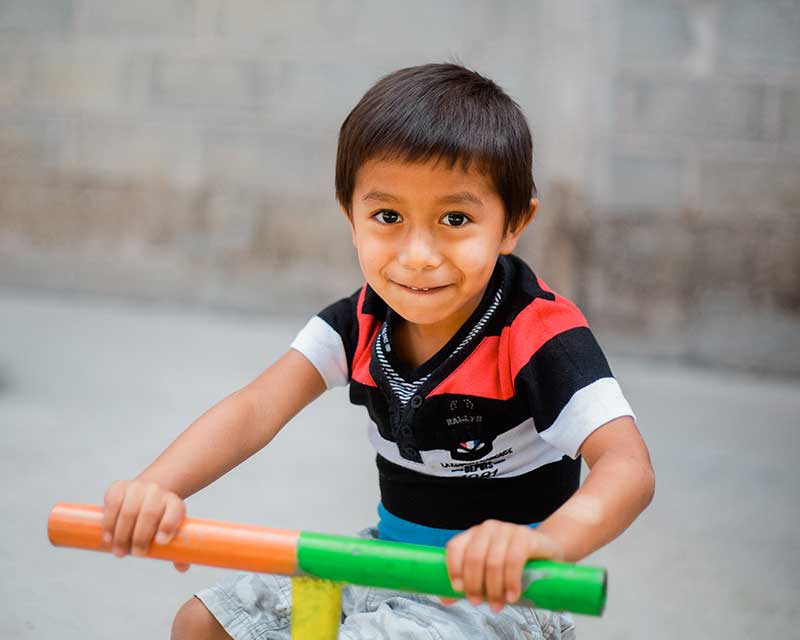 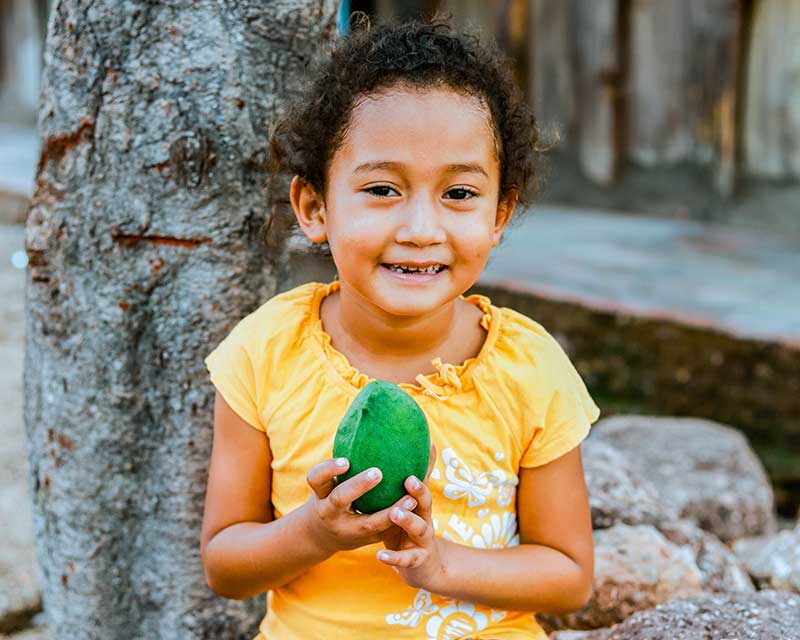 Lunch and social time - The majority of children do not have adequate nutrition in their homes and schools do not provide meals. Compassion centres at the local church aim to provide children with extra nutrition each time they attend the centre. Children experiencing malnutrition often receive extra food rations. Snacks usually consist of fruit, cereal and milk. Meals often comprise meat, cereals, vegetables and fruit.

In addition, children are invited to participate in sporting tournaments, retreats, camps and educational visits. Older students are offered a variety of vocational skills workshops, such as welding, beauty, sports, baking, music, and computing. Parents and caregivers are offered parenting classes.

The greatest needs impacting children living in poverty in Honduras

Located in the corridor from South America to Mexico and the United States, Honduras is a transit country for everything from illicit drugs to human trafficking and mass migration.

Honduras’s history since Spanish colonisation in the 16th century is marked by military coups and counter-coups.

Racked by violence and corruption, gang rule and inequality, it is one of the most unstable countries in a volatile region, with recent widespread drought creating further hardship for locals and leading to ever-increasing numbers travelling across borders—most headed north for Mexico and the United States.

Almost half the population lives in poverty, and around 17 per cent of Hondurans live in extreme poverty (less than US$1.90 per day). Honduras has the second-highest extreme poverty rate in Latin America and the Caribbean, after Haiti. The country is also afflicted by one of the worst rates of inequality in the world, with a stark division between rich and poor.

Remittances (money sent home by expatriates) make up a significant part of the nation’s economy and many families are dependent on this source of income. Small-scale farming, the backbone of the nation’s agricultural economy, is collapsing; many rural communities are no longer able to sustain themselves due to drought and changing rainfall patterns.

In 2017, President Juan Orlando Hernandez was the first president in Honduras’s history to run for re-election, after the Supreme Court lifted a constitutional ban on presidents serving more than one term. He won, in a result that was widely questioned by international observers and met with protests across the country. More than 20 people were killed in subsequent riots.

Meanwhile, Honduran children living in poverty face many challenges, with malnutrition and insecurity foremost among them. They are particularly vulnerable to the threat posed by gang activity, with many boys coerced into joining and girls threatened with rape and forced labour. As meeting their basic needs becomes more difficult, some see gang life as the only alternative to starving or risking their lives on the road to the United States border.

Yet local churches across the country are working hard to nurture and protect these vulnerable children, to ensure they have the safety and space to grow and develop and experience a hope more powerful than poverty.

SPONSOR A CHILD IN Honduras keyboard_arrow_right

Have You Sent These Things to Your Sponsored Child?

Wondering what you can send to your sponsored child? Read on for the items you can include with your letters, plus learn what not to send... Read more