1,962
mums and their babies supported

The COVID-19 pandemic has exacerbated food insecurity for those living in poverty in Kenya. The government has enforced varying restrictions and curfews throughout the pandemic in an effort to contain the spread of the virus.

Local church partners are working hard to continue serving Kenyan children in poverty during this health crisis. Throughout the pandemic, they have used a mix of in-person and virtual activities to provide support to children and their families. Many child development centres have now safely resumed their normal activities, though letters and gifts continue to be delayed in some areas.

Since the beginning of the pandemic, local workers have delivered more than 387,100 food packs and over 130,000 hygiene kits to registered children and their families.

Watch the video update below from our local team to learn more. 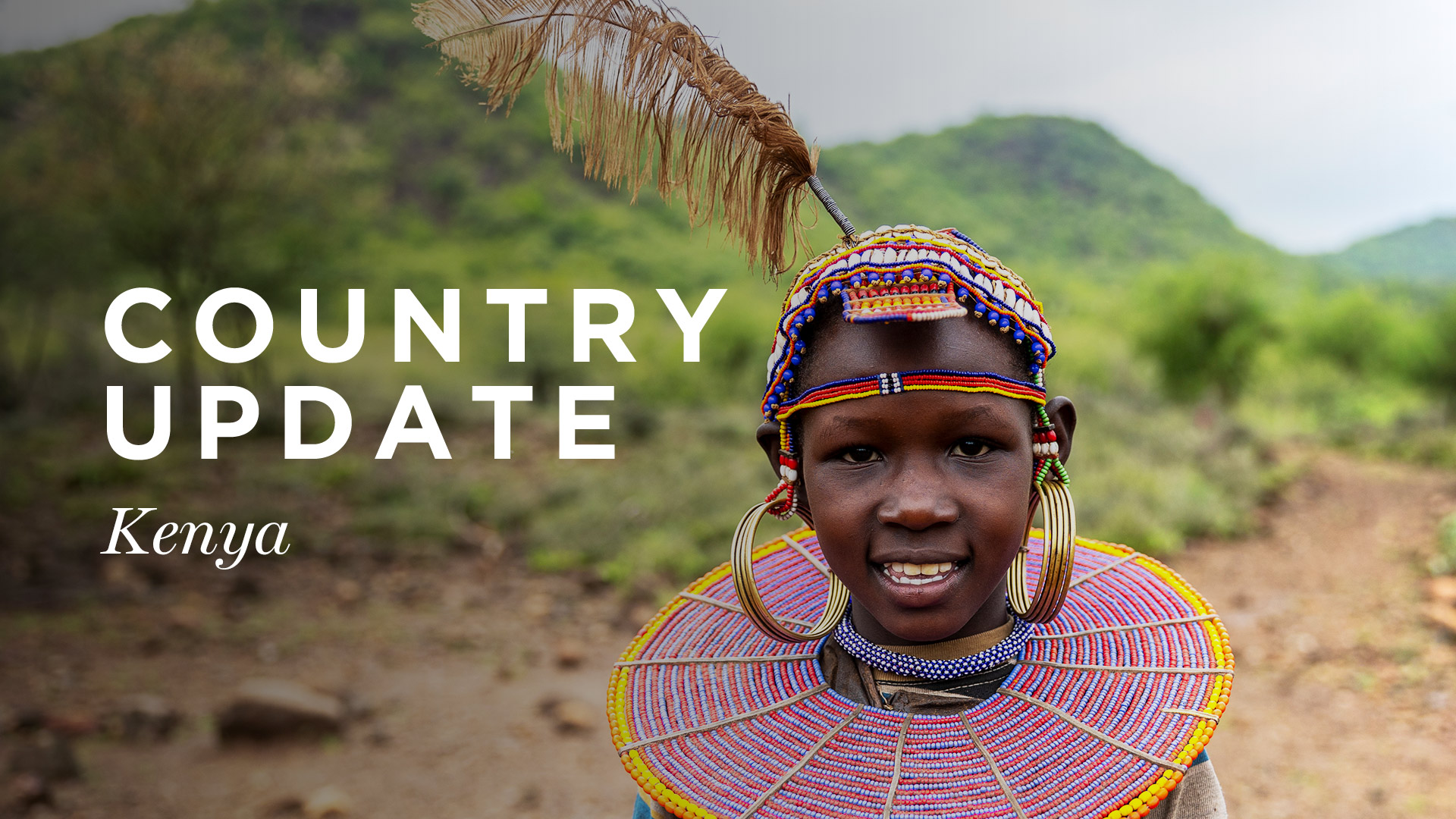 How is Compassion currently operating in Kenya?

Thank you for praying for the children, families and local church partners we serve in Kenya. 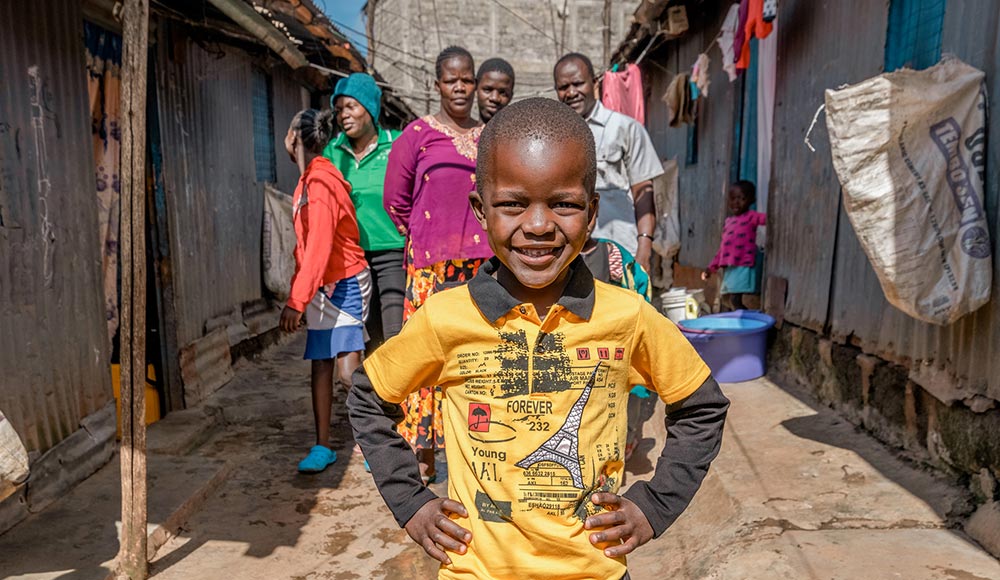 After a stampede during a food distribution—that was not Compassion-related—claimed the lives of two people in Nairobi’s Kibera slum, the Kenyan government banned the direct distribution of aid and food from non-government organisations. This restriction, alongside social distancing quarantine measures, has greatly affected families living in poverty who depend on casual labour for their livelihood.   Read more open_in_new

After a stampede during a food distribution—that was not Compassion-related—claimed the lives of two people in Nairobi’s Kibera slum, the Kenyan government banned the direct distribution of aid and food from non-government organisations. This restriction, alongside social distancing quarantine measures, has greatly affected families living in poverty who depend on casual labour for their livelihood.

It’s been four weeks since Peter has worked, and he has no idea what the future holds for him and his son, Livingstone, who is registered in Compassion’s Child Sponsorship Program at the local church.

“I work at a hotel and now everything is closed. Before COVID-19, I’d say we were jostling to get by. But right now, we are the ones being jostled by this situation,” says Peter.

In a survey conducted by Compassion Kenya, loss of livelihood and lack of food were the greatest impacts COVID-19 has had on children and their families. Unable to distribute food, Compassion Kenya has been using mobile money transfers—a popular technology in Kenya—to send support directly to families.

“It is easy, fast, and cost-effective,” says Joel, Compassion Kenya’s National Director. “Having families decide how to spend the money dignifies them. It provides them with a choice aligned with their preferences, as well as lifestyle. It’s not a one-size-fits-all solution.”

Local church staff have been working directly with families unable to access the money transfer to overcome obstacles and provide much-needed support. Over 11,000 Compassion assisted children are receiving support this way.

Please note: The majority of centres in Kenya have restarted their usual programming, though some remain closed due to the COVID-19 pandemic.

A snapshot of Compassion's Child Sponsorship Program in Kenya 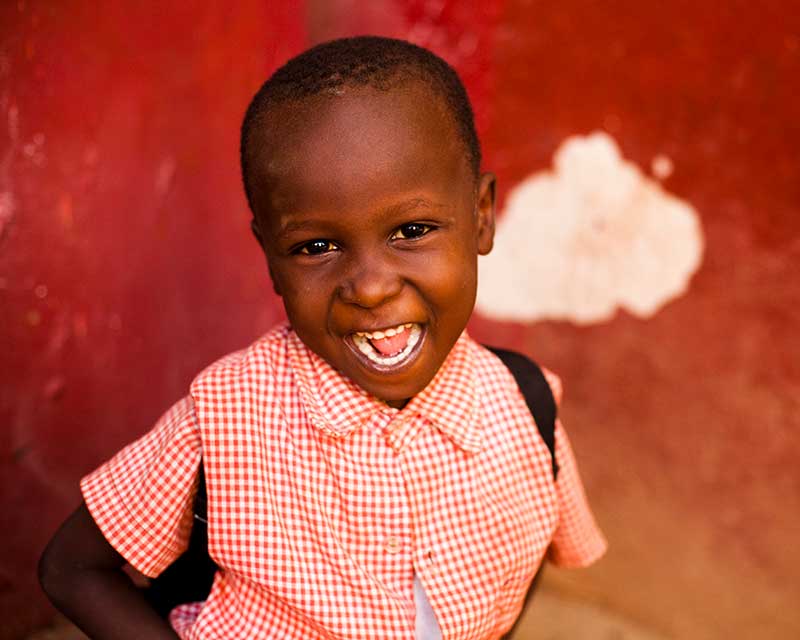 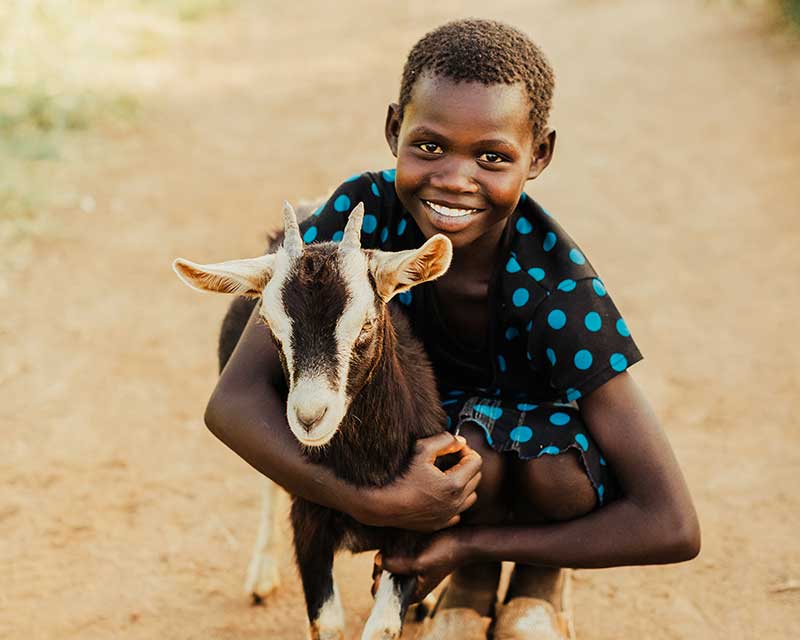 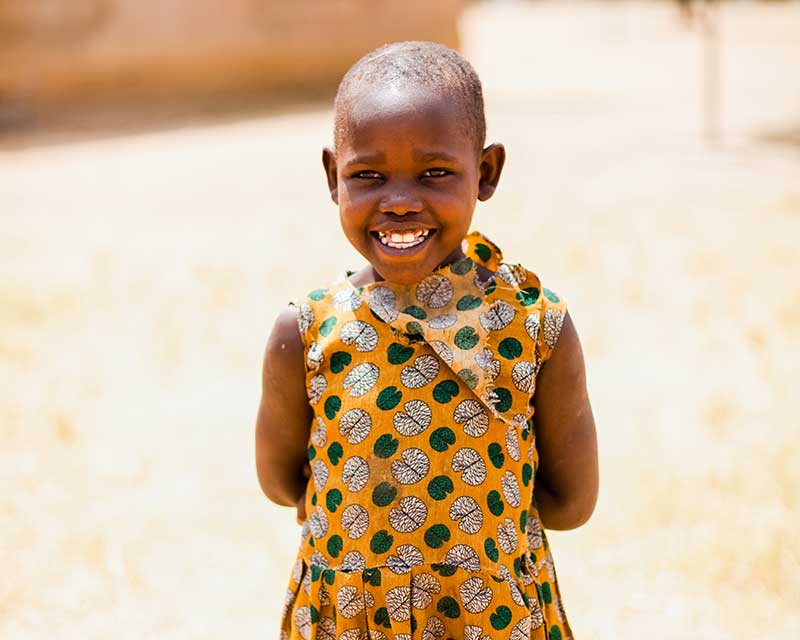 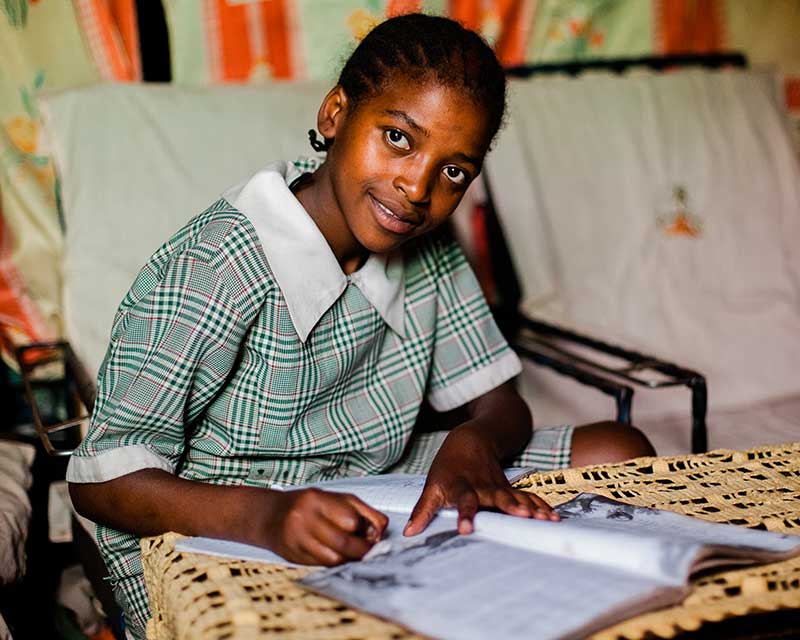 Compassion assisted children in Kenya typically attend program activities at their local child development centre on Saturdays. Here is an example of what a typical program day looks like for children in Kenya.

9:30am - Spiritual lessons, in which children sing songs and learn Bible stories.

10:30am - Break time, when children can play in a safe environment and develop friendships. A typical snack consists of a cup of porridge or tea, bread and fruit, and in some cases an egg.

11:00am - Social-emotional lessons ranging from conflict resolution to developing healthy self-esteem and developing a godly character. Children often come from challenging home environments and are taught social and personal skills.

12:00pm - Lunch time. The meal usually consists of rice or ugali, beef stew, bean stew or legumes, and green leafy vegetables such as kale or cabbage. Children who are HIV-positive are given nutritional supplements to boost their immunity. During times of food scarcity, children come to the centre with their siblings just for a meal as it’s the only place they are able to eat.

Children are encouraged to join in a variety of extracurricular activities including annual football competitions, teen camps held during the holidays and talent days where children perform music, drama or poems. When they reach the age of 12, youth can elect vocational training skills, such as computer training, carpentry, motor vehicle repair, dressmaking, cooking, hairdressing, driving and life skills.

The greatest needs impacting children living in poverty in Kenya

Kenya is a leader in its region, with the poverty rate steadily falling and living conditions improving for many Kenyans. But most communities depend on small-scale agriculture for their livelihoods, meaning drought and other serious weather events could plunge millions back into poverty. According to the World Bank, the proportion of Kenyans living below the international poverty line (US$1.90 per day) has declined from 43.6 per cent in 2005/06 to 35.6 per cent in 2015/16.

Yet a lack of adequate medical care still affects many rural areas, and families are often forced to walk long distances to receive help. The spread of HIV/AIDS is a major concern; currently 1.5 million people in Kenya are living with HIV/AIDS—the fourth-largest epidemic in the word—and 28,000 die every year as a result of the disease.

Additionally, over one-quarter of women between the ages of 15 and 49 have been subjected to female genital mutilation—again, these figures are among the highest in the world—though the practice has significantly declined in recent years.

In the past decade, Kenya’s relationship with neighbouring Somalia has been fraught. In October 2011, Kenya’s military crossed the border to curb the threat of al-Shabaab, a Somali-based Islamist extremist group. However, the violence has spilled back across Kenya’s borders, as al-Shabaab launched reprisal attacks, including suicide bombings.

In September 2013, terrorists laid siege to a Nairobi shopping mall. The attack was one of the worst in Kenya’s history, with at least 67 civilians and soldiers killed and more than 200 wounded. To this day, tension between the two countries continues to simmer.

SPONSOR A CHILD IN Kenya keyboard_arrow_right

What Happens When A Child Goes Missing?

On his way back home from the Compassion centre, nine-year-old Osama Washika was kidnapped by an unknown assailant. Two months went by before he was seen again... Read more

10 of the Bravest Girls You'll Meet