Compassion began partnering with churches in 1979.

789
mums and their babies supported

The impact of COVID-19 in Mexico has been devastating. The total case numbers and death toll are very high despite school closures and curfew restrictions being implemented in most Mexican states. Lockdown guidelines have varied from state to state, and our local church partners are working hard to continue serving children during the pandemic.

Since the beginning of the pandemic, Compassion Mexico has distributed more than 695,700 food packs and 304,884 hygiene kits to children and families in poverty.

Many child development centres in Mexico are meeting with children in smaller groups or through home visits to slow the spread of COVID-19. A small number of centres have resumed normal activities.

Most letters from sponsored children in Mexico have been significantly delayed. To abide by government restrictions and to protect the health of local workers, this process was temporarily paused in some areas of the country. This is because our partners in Mexico heavily rely on public transport and volunteer couriers to deliver and send letters. Additionally, letters are printed and translated at the National Office and local staff have only been able to return to the office in limited numbers.

Watch the video update below to learn more about the current situation in Mexico. 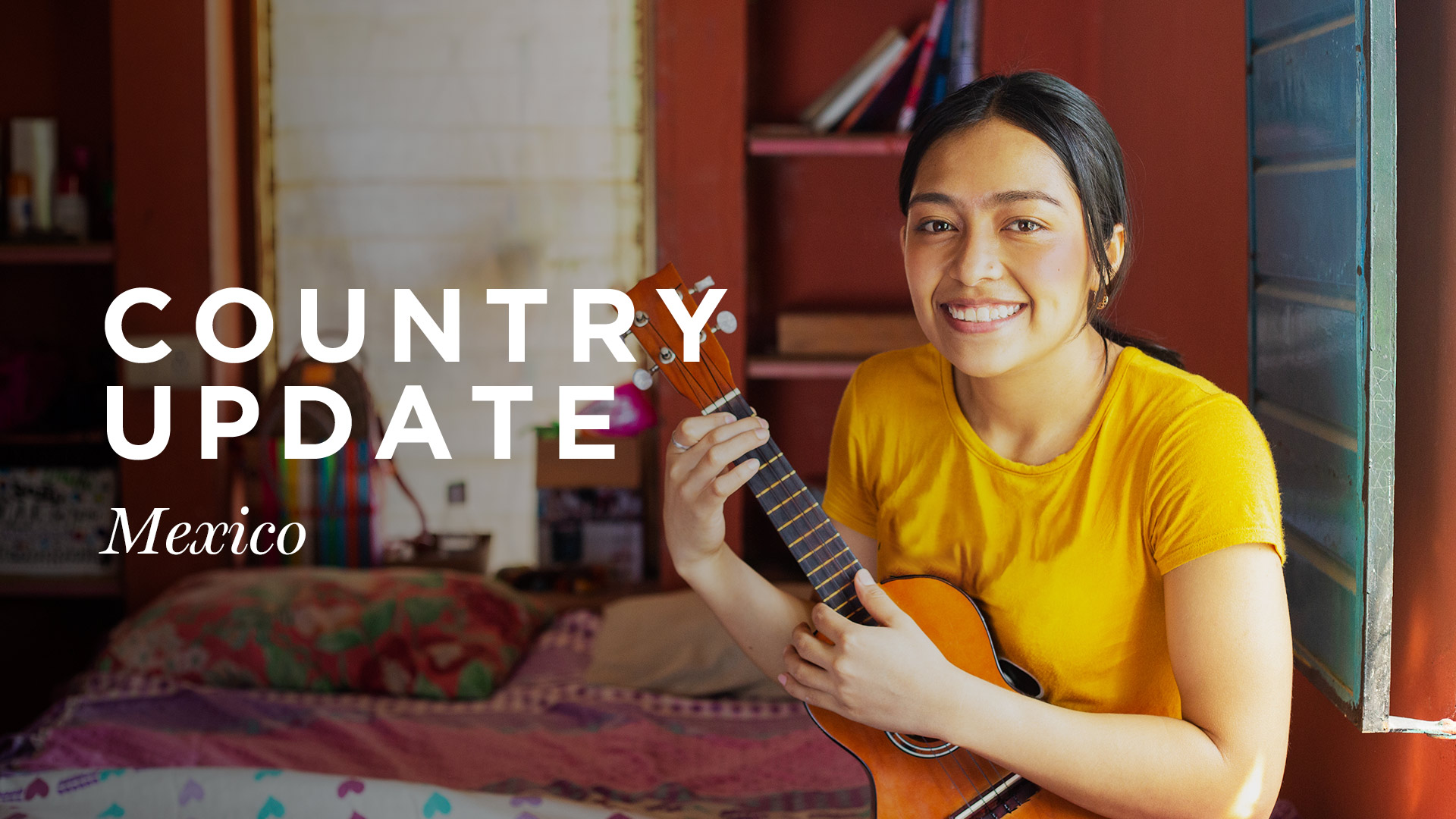 How is Compassion currently operating in Mexico?

Thank you for praying for children and families in Mexico who have been impacted by COVID-19—and the local staff and churches who continue to serve them in difficult circumstances. 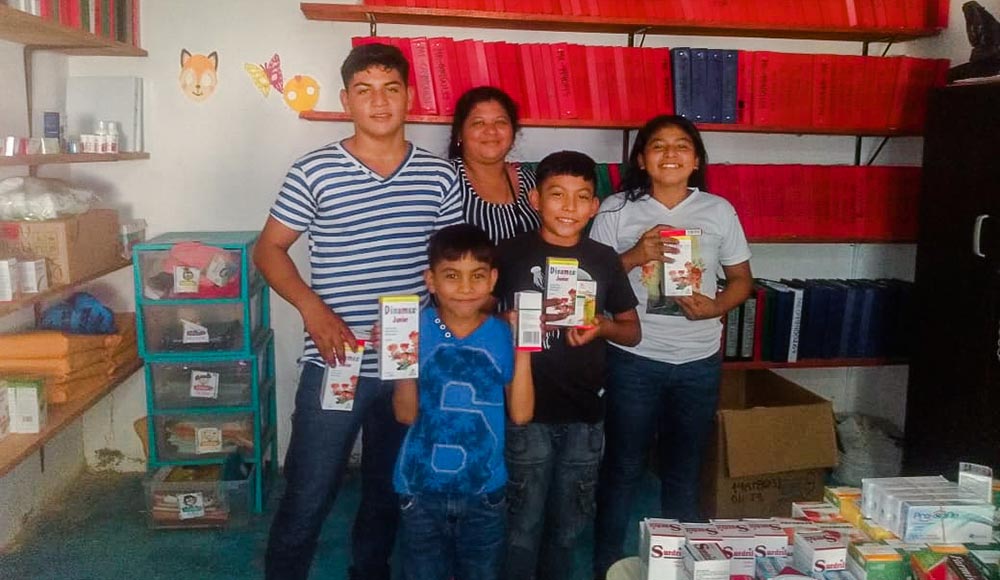 Local Compassion staff in Mexico knew children living in poverty would be among the most vulnerable during COVID-19, especially if they had a medical emergency.   Read more open_in_new

Local Compassion staff in Mexico knew children living in poverty would be among the most vulnerable during COVID-19, especially if they had a medical emergency. When one child development centre watched the continued spread of the virus, they decided to bring forward their scheduled medical check-ups and just in time—quarantine was introduced a week later.

Medical checkups are scheduled twice a year for Compassion assisted children across Mexico in an effort to keep children healthy. Without these visits, many children would never see a doctor.

"We saw how countries like Italy and Spain suffered during the lockdown,” says Jonathan. “As a team, we thought 'If the pandemic came to Mexico, children will stop attending the centre’. We anticipated this and moved the check-ups forward.”

Alongside COVID-19, other preventable sicknesses such as diarrhoea and the flu can still threaten children's lives. The check-up aimed to diagnose or prevent these conditions before children were confined to their homes.

"It is important to focus on other diseases too. COVID-19 is not the only one, we need to prevent others. Thank God the centre staff and the doctor did excellent work to complete the medical checkups as soon as possible," says Miguel, Compassion Mexico Partnership Facilitator.

Families like Mara's, whose three-year-old son Anderson is in the Child Sponsorship Program, are grateful for the support.

"I feel how Compassion is helping us in these challenging times. Only God knows what would have happened if Compassion never came to the community," she says. "I am very thankful for the support to keep Anderson healthy, which is important during this pandemic."

Please note: Due to the current pandemic, many child development centres in Mexico are temporarily pausing large group gatherings. Local church partners continue to meet the urgent needs of the children through home-based care and activities with small groups.

A snapshot of Compassion's Child Sponsorship Program in Mexico 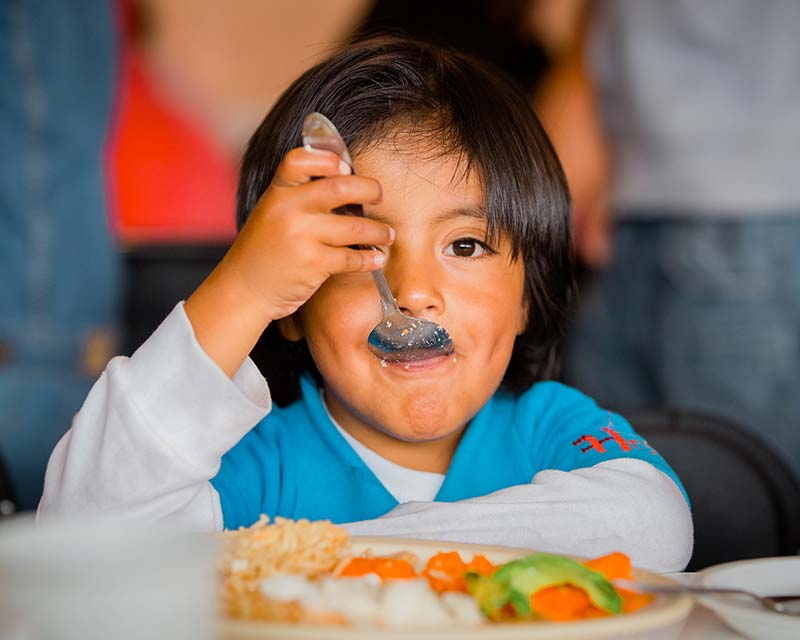 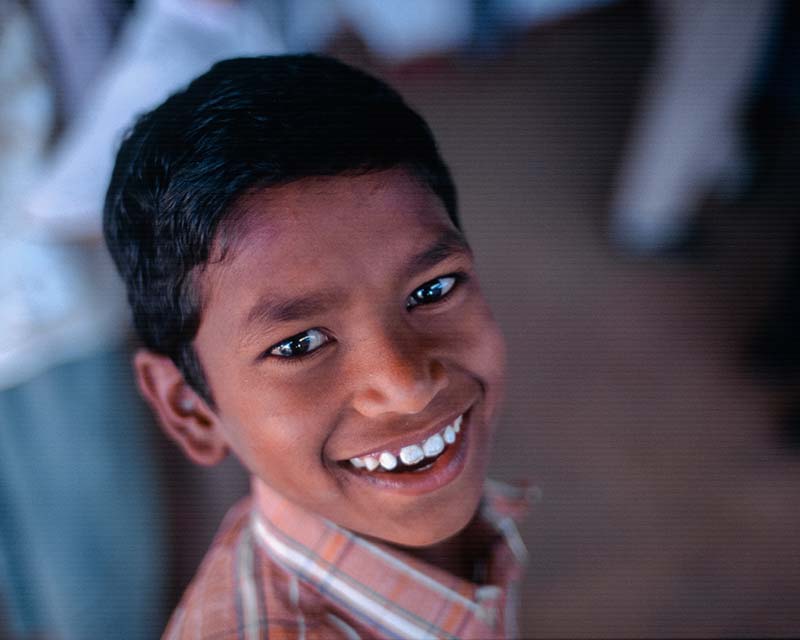 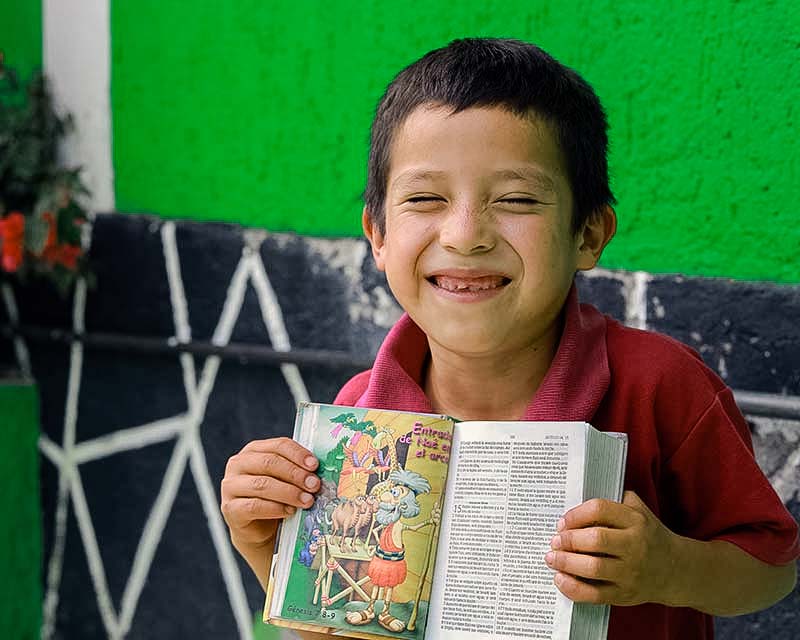 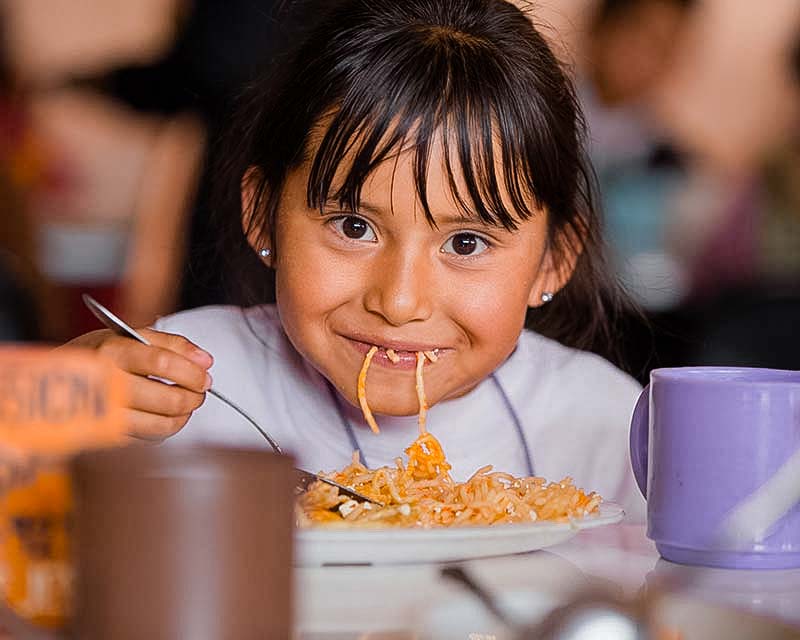 Compassion assisted children in Mexico typically attend program activities at their local child development centre before or after school and on Saturdays. Here is an example of what a typical program day looks like for children in Mexico.

Break time - Children can play in a safe environment and develop friendships.

Lunch and social time - When children come to the centre for more than four hours, they generally receive a meal. When they attend for less than four hours, they are usually given a snack. The meals typically consist of meat, chicken or soy cooked with vegetables, fruit and fresh water. If they are served a morning meal, it will generally be ham, eggs and fried beans. A snack is usually fruit or a nutritious dessert.

Parents and caregivers are offered health education and parenting classes.

The greatest needs impacting children living in poverty in Mexico

Mexico is the most populous Spanish-speaking country in the world. It has a young population and historically, many people, driven by poverty, have migrated to the neighbouring United States to find employment.

In recent years, the Mexico-US border has become a focal point of international tension, with US President Trump declaring he would build a wall to keep migrants out. In late 2018, a caravan of thousands of migrants from Central American nations travelled through Mexico en route to the US and fetched up at the border, where they were denied entry and driven back with teargas. Many said they were fleeing gang violence and grinding poverty—two issues that also affect many Mexican communities. More than 50 million Mexicans live in poverty, with 11.5 million in extreme poverty (on less than US$1.90 per day). Rural areas are often neglected and huge shanty towns surround the cities.

After former President Calderon declared war on Mexico’s powerful drug-trafficking organisations, in 2006, violence spiralled out of control, resulting in more than 200,000 deaths and one of the highest rates of kidnappings in the world. In July 2018, Andrew Manuel Lopez Obrador was elected President; his campaign focused on ending political corruption and drug-related murders. His success or otherwise will be measured in human lives.

Mexico is a large and diverse country, and there are many areas which do not experience high levels of crime. Yet stabilising the nation to find a long-lasting and widespread peace has proved elusive and now, with the added complications of the COVID-19 pandemic, it seems a distant prospect.

SPONSOR A CHILD IN Mexico keyboard_arrow_right

Nearly one in every nine children live in a conflict zone. So why does Compassion only choose to work in stable communities?.. Read more