Compassion began partnering with churches in 2002.

700
mums and their babies supported

Nicaragua has experienced significant economic loss and an increase in poverty due to the impacts of COVID-19 and the hurricane season of 2020. While reported positive cases in the country have been low, medical experts estimate the true figures to be much higher. Limited access to testing and restrictions on certain media coverage have affected these results.

Most child development centres in Nicaragua have now resumed normal program activities for registered children. Some continue to meet in small groups or support children through home visits. Since the beginning of the pandemic, our local church partners have delivered over 294,700 food packs and 126,000 hygiene kits to vulnerable families.

Watch the video below to hear the latest update from our church partners in Nicaragua. 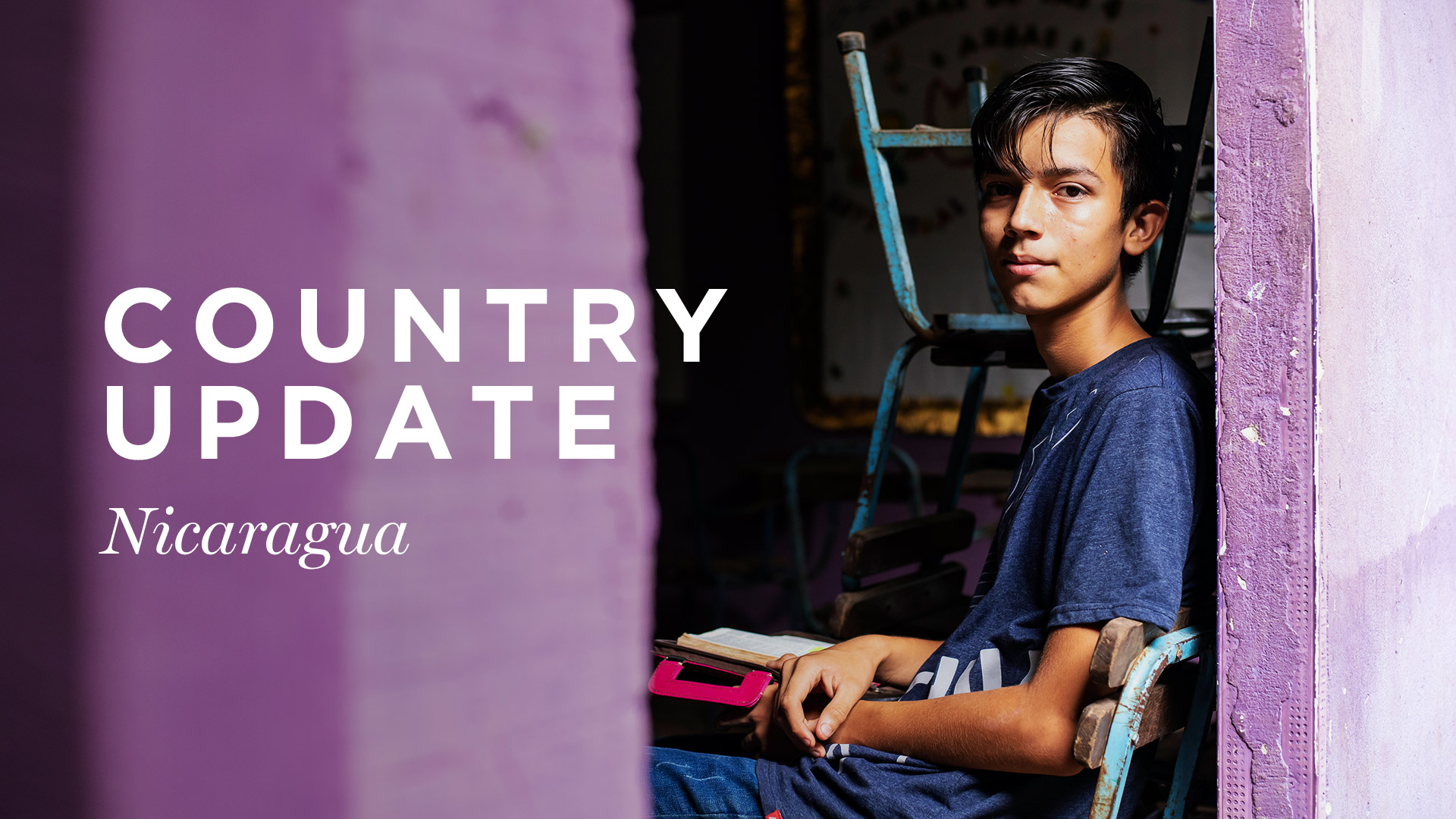 How is Compassion currently operating in Nicaragua?

Thank you for praying for the children, families and local church partners we serve in Nicaragua. 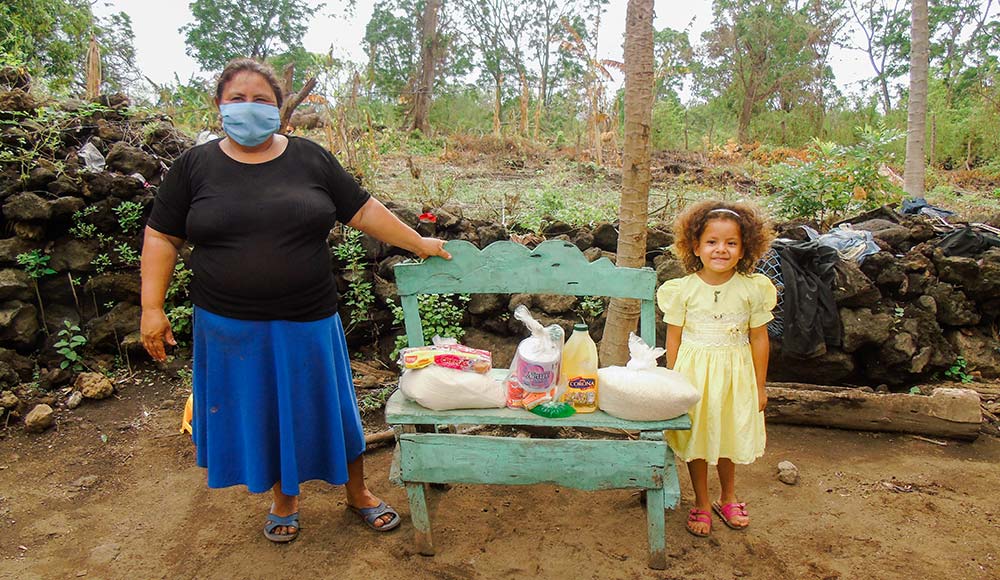 When COVID-19 struck Nicaragua, the already struggling country saw a rise in unemployment, especially in rural communities. The ability to provide nutritious food for their children became a challenge for parents and caregivers.   Read more open_in_new

When COVID-19 struck Nicaragua, the already struggling country saw a rise in unemployment, especially in rural communities. The ability to provide nutritious food for their children became a challenge for parents and caregivers.

During these challenging times, local churches in Nicaragua have extended a helping hand to children and their families, improving their health and helping them find hope in the darkest times.

With the help of a nutritionist, churches have prepared packages designed to combat malnutrition, filled with dairy products, eggs, beans, rice, fruits, vegetables, carbohydrates and protein.

Five-year-old Marlene’s family has been blessed by the food packages during a time when her father, Arnoldo, has struggled to find employment.

"We are endlessly grateful for the assistance the church has provided us with the food parcels. Thanks to [the parcels], we have been able to provide our children with the food they need," says Arnoldo.

Through the centre's teaching, at her young age, Marlene has a heart for God and His ministry. She shares this love with her family and friends, praying with them and urging them to read the Bible.

"Every day, I see how committed the centre staff are to maintaining the health of the kids and showing the families they are there to support them," says Arnoldo. "Every day, even now during this pandemic, we feel their love."

Please note: Due to the current pandemic, some child development centres in Nicaragua are operating at limited capacity or through home visits rather than group gatherings. Local church partners continue to meet the urgent needs of the children by adapting to suit the current guidelines.

A snapshot of Compassion's Child Sponsorship Program in Nicaragua 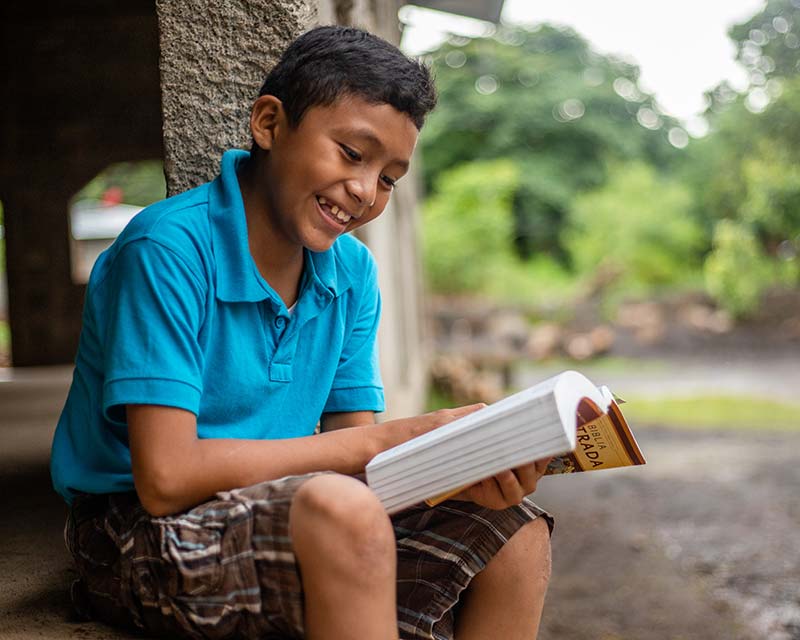 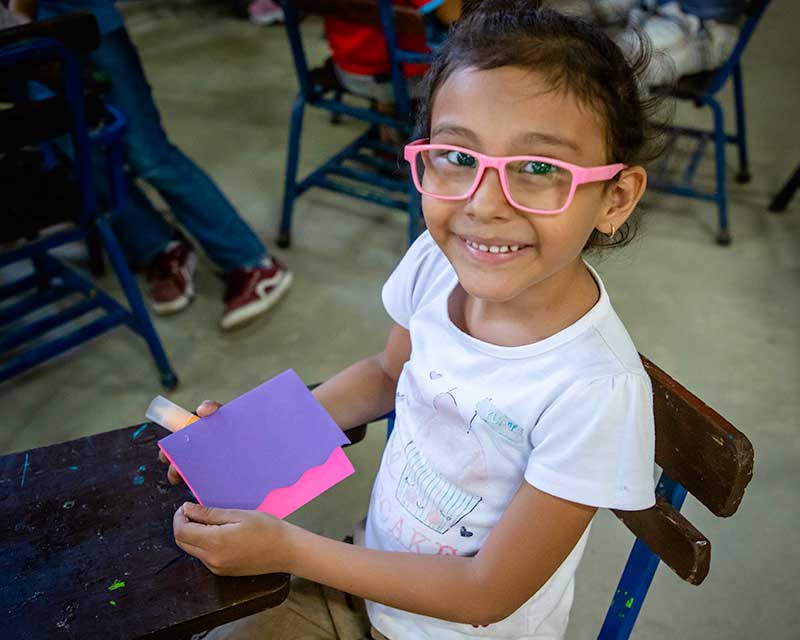 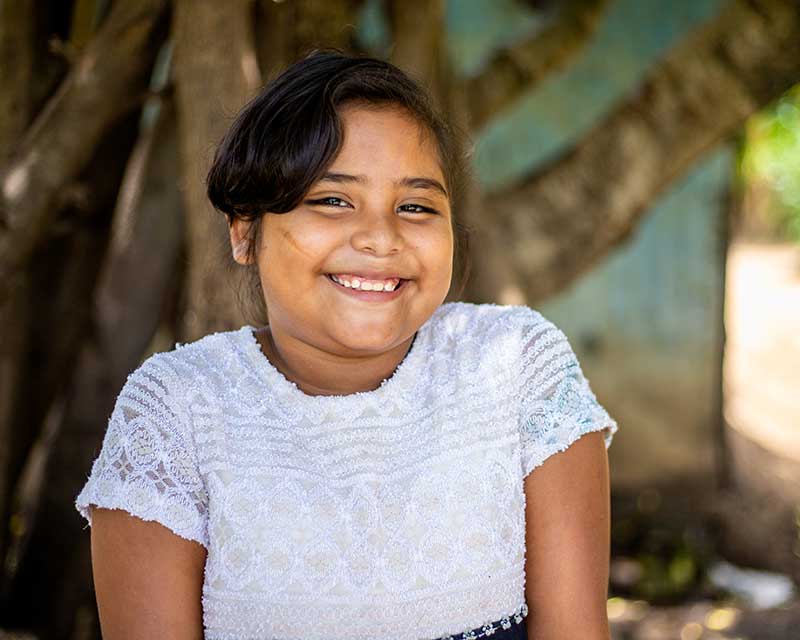 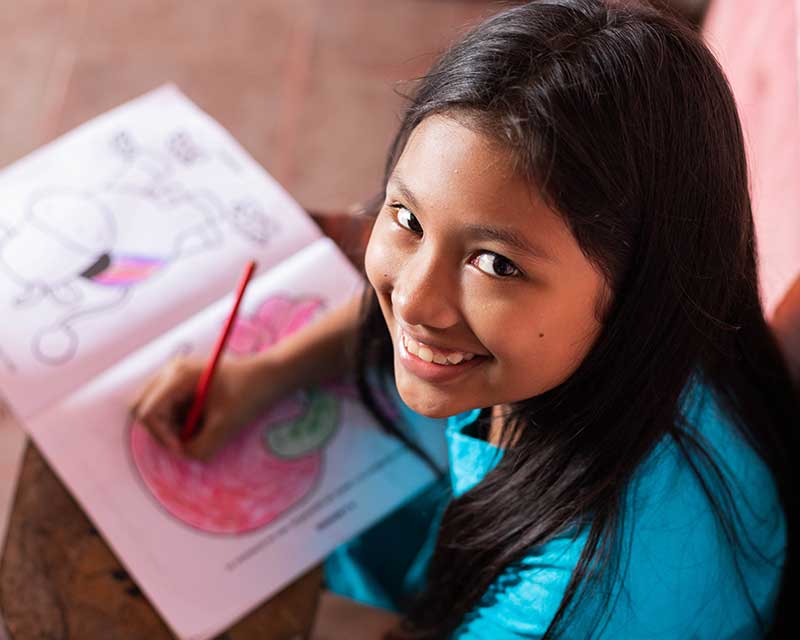 Break time - Children can play in a safe environment and develop friendships.

Lunch and social time - Children usually receive a meal consisting of rice, meat, tortilla and natural juice, tea or cereal. Children sometimes receive a snack of fruit salad, rice with milk or a thick hot drink made from corn meal.

The greatest needs impacting children living in poverty in Nicaragua

of people over 15 cannot read and write

Nicaragua spiralled into crisis in 2018, with political protest erupting into widespread violence. Thousands fled the country, most heading south into Costa Rica, and life is increasingly difficult. In the grip of the COVID-19 pandemic, information has been slow to emerge and the nation’s President, Daniel Ortega has publicly dismissed the risks.

In April 2018, the Ortega government announced reforms to Nicaragua’s pension system. The announcement was greeted by initial protests that were crushed by pro-government groups, but the heavy-handed response triggered widespread outrage, mass protests across the country, and ever more violence. More than 300 people were killed and thousands injured.

In the years since his crackdown on the protests, President Ortega and his wife, Rosario Murillo, who is the nation’s vice-president, have seized even more power, taking full control over all branches of government.

After a long history of colonisation and military rule, Nicaragua has struggled to provide its citizens with basic services. Most of its wealth is held by a small group of wealthy families. The majority of Nicaraguans subsist on very low wages and children have been the worst affected.

In the early part of this decade, Nicaragua had made some economic progress: its economy was growing and it had largely avoided the cartel and gang-related crime racking its northern neighbours, El Salvador and Honduras.

But progress has stalled under the COVID-19 pandemic. As in several other Central and South American nations, medical experts have questioned the official data as hospitals have struggled to keep up with a growing number of cases.

Many children face a new threat of hunger, and the ever-present risks of gang life and child labour trap thousands.

Local churches continue to reach out to children living in poverty, helping them to gain access to education, nutrition and the love of Jesus expressed through the local church.

SPONSOR A CHILD IN Nicaragua keyboard_arrow_right

Have You Sent These Things to Your Sponsored Child?

Wondering what you can send to your sponsored child? Read on for the items you can include with your letters, plus learn what not to send... Read more