847
mums and their babies supported

Peru has been hard hit by the COVID-19 pandemic. Hospitals have been totally overwhelmed by the number of positive cases, with low supplies and limited beds available for severe cases. A large proportion of the population are informal workers who have faced the difficult decision of staying home and earning no income or going to work and risking contact with the virus.

The nation implemented strict lockdown restrictions in early 2020, and then again in January 2021 during a second wave of the virus. The COVID-19 vaccine rollout has begun and case numbers in Peru are dropping.

Our local Peruvian church partners have creatively adapted the way they support children during the pandemic. Most child development centres continue to meet in small groups or through home visits rather than large gatherings. Since the beginning of the pandemic, local workers have distributed more than 1,162,000 food packs and 1,120,000 hygiene kits to vulnerable families.

Find out more by watching the latest video update below from our neighbours in Peru. 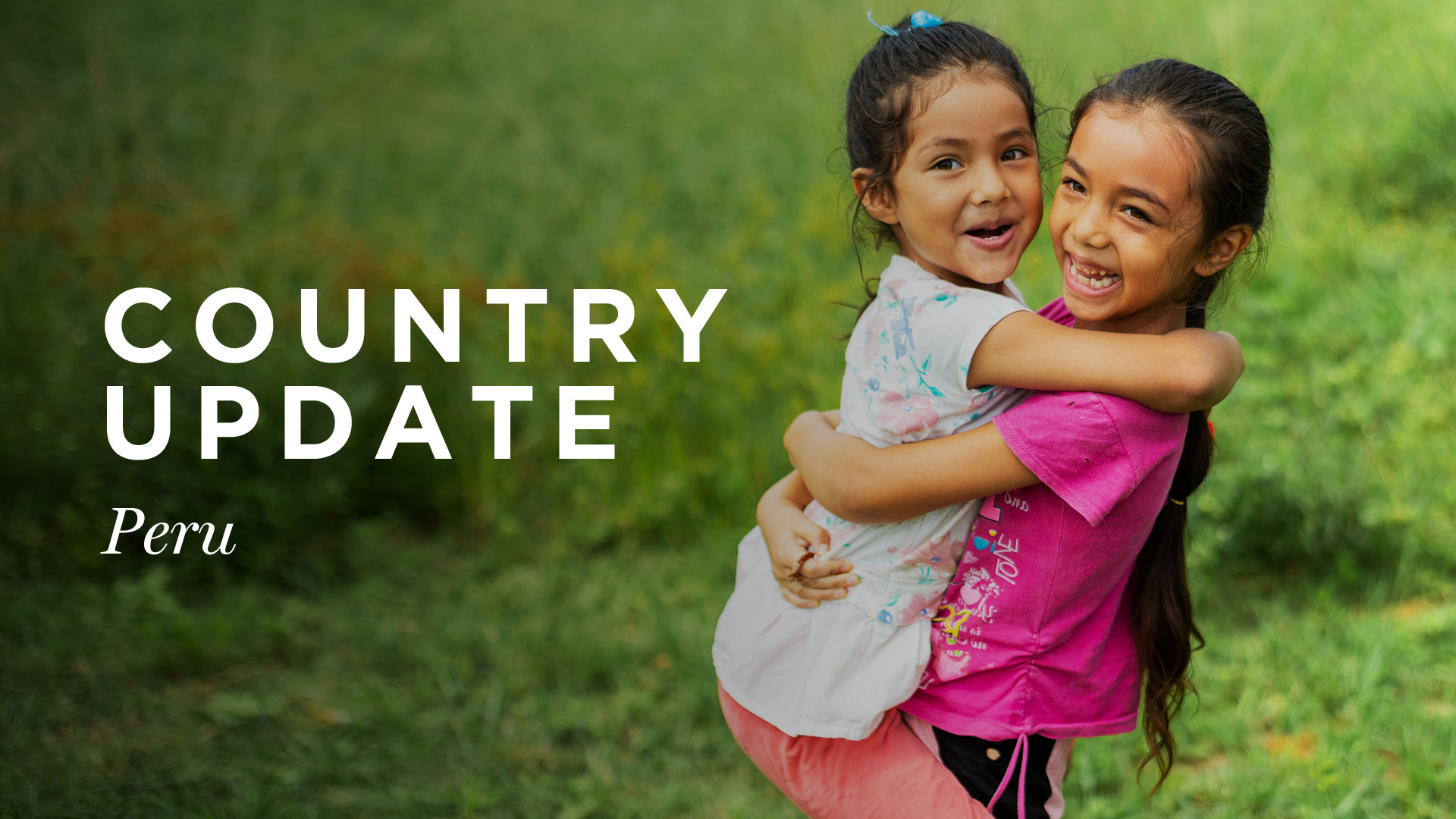 How is Compassion currently operating in Peru?

Thank you for praying for children and families in Peru who have been impacted by COVID-19—and the local staff and churches who continue to serve them in difficult circumstances. 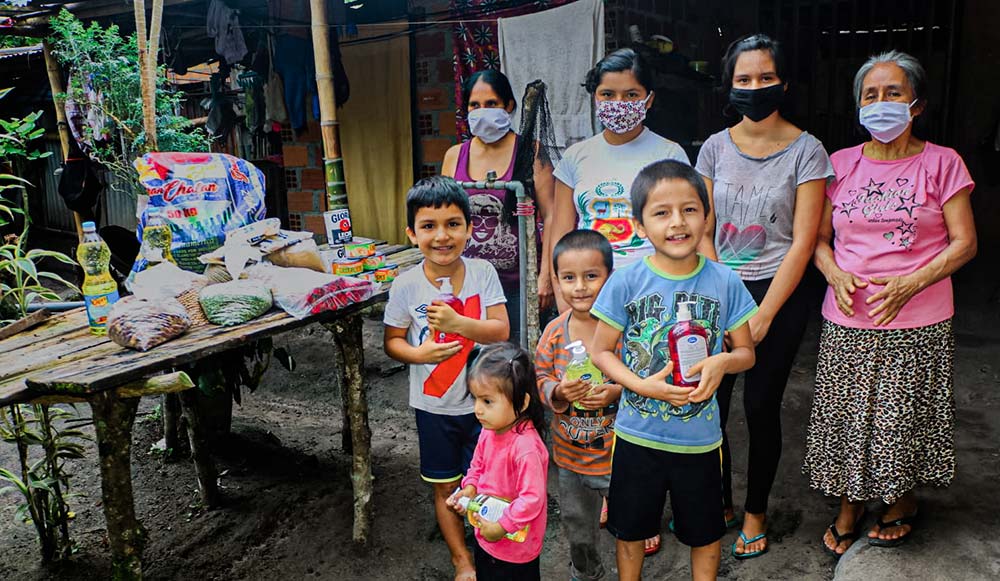 It’s breakfast time for 14-year-old Nicol and her younger cousins. As they sit at the table, they wonder what they’re going to eat when Nicol sees someone carrying a bag to the house.   Read more open_in_new

It’s breakfast time for 14-year-old Nicol and her younger cousins. As they sit at the table, they wonder what they’re going to eat when Nicol sees someone carrying a bag to the house.

“I think our sponsors are sending us groceries again! We just ran out of the food we had,” says a teary Nicol as she hugs her grandma Esperanza.

Nicol and three of her five cousins are registered with Compassion’s Child Sponsorship Program. They live with Esperanza as their parents left for Lima in search of better jobs eight years ago. The money they usually sent home was interrupted by COVID-19.

“They can’t send anything now they don’t have jobs. It broke my heart to hear my grandkids cry because they were too hungry,” says Esperanza as her voice breaks up.

Peru’s state of emergency and quarantine has severely limited the ability to provide and put food on the table in most Peruvian households. Undoubtedly, it is the poorest who are the hardest hit.

“The parents called us and were desperate. Grocery stores were experiencing shortages and whatever was available was too expensive,” says Centre Director Alfredo Fernandez.

Staff from the local Compassion centre have been delivering food to many families like Nicol’s in the Peruvian jungle. The staff feel blessed to be able to care for these children and their families.

“I’m so happy when they bring us food. I love seeing my grandma and my whole family happy,” says Nicol.

“God never forgets us and I’m forever grateful to the centre, the pastor and the sponsors. May the Lord guide you and bless you all. Thank you for giving us our daily bread,” says Esperanza.

Please note: Due to the current pandemic, some child development centres in Peru are operating differently to abide by local restrictions and guidelines. Local partners continue to meet the urgent needs of the children through home-based care or by meeting in small groups.

A snapshot of Compassion's Child Sponsorship Program in Peru 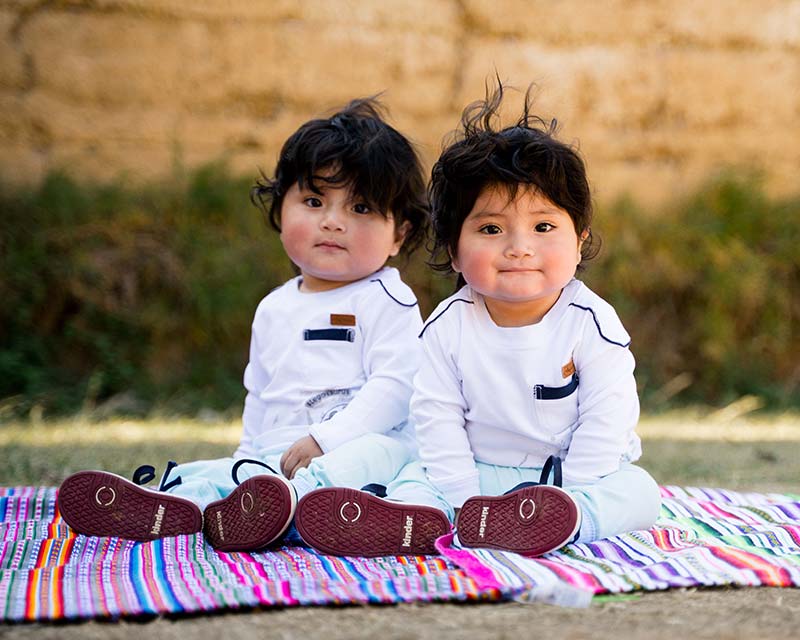 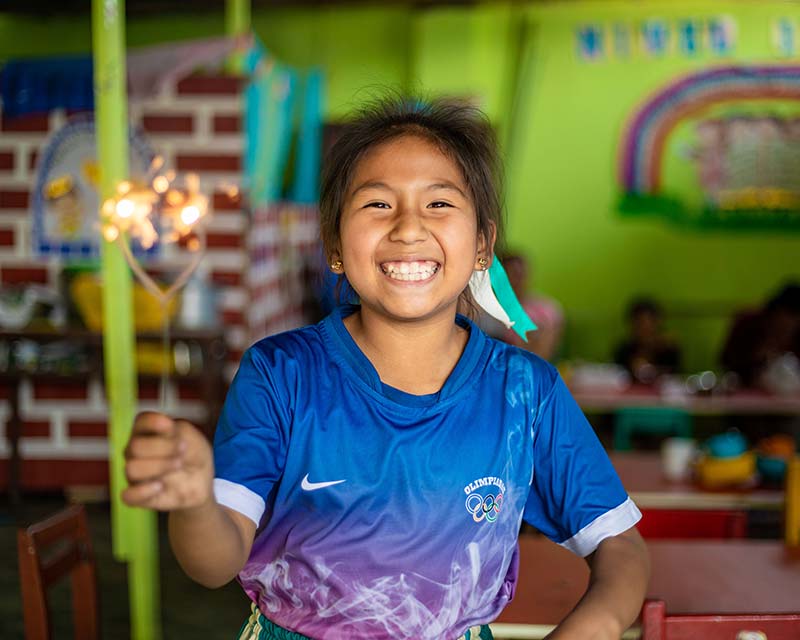 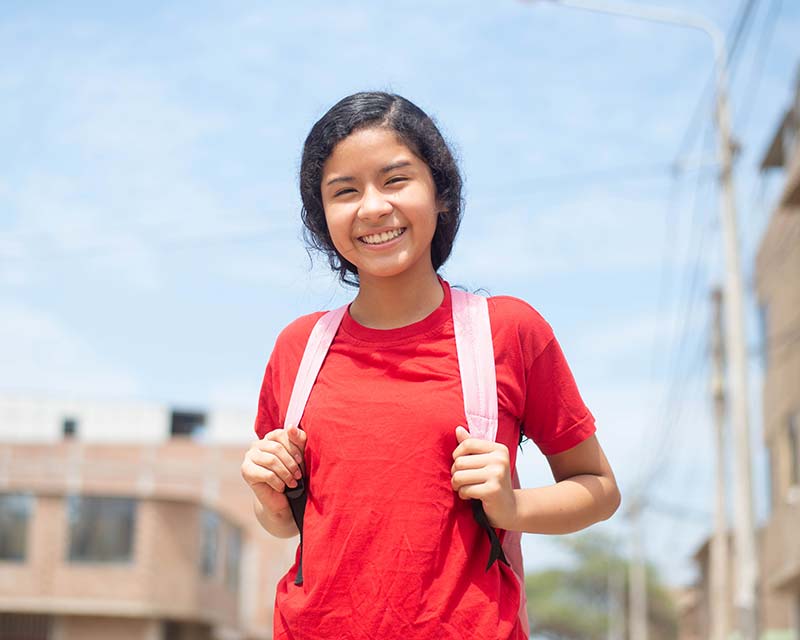 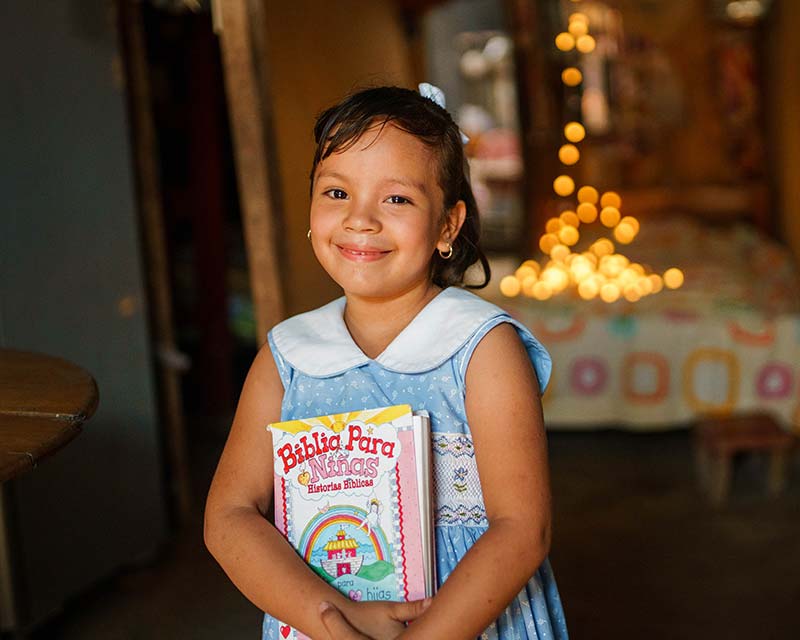 Compassion assisted children in Peru typically attend program activities at their local child development centre on Saturdays. They also attend for a couple of hours after school during the week. Here is an example of what a typical program day looks like for children in Peru.

8:00am - Breakfast and devotion time. Children are usually given tea served with snacks like eggs, bread or buns.

9:00am - Spiritual lessons where children sing songs and learn Bible stories. When they join the Child Sponsorship Program, children are given a scripture portion. When they are aged six to nine, they are given picture Bibles, at 10 to 13 youth Bibles and from age 14 they receive adult Bibles.

12:00pm - Lunch and social time. Children generally receive a meal three days a week. A typical meal includes a dish of vegetable salad, a second dish of meat stew with beans and rice, fruit and a refreshment. Centre cooks are frequently trained to prepare nutritious meals.

1:00pm - Health lessons where children learn practical health and hygiene advice on a range of topics such as the prevention of malaria and HIV.

In addition to Compassion’s curriculum, children have opportunities to participate in activities such as camping or visiting a museum or cultural show. Students are offered vocational training in silk screening, jewellery-making, baking and buffet preparation. Parents of Compassion assisted children meet once a month to learn about a variety of topics.

The greatest needs impacting children living in poverty in Peru

Over the past few decades, Peru’s poverty rate has dropped significantly. In 2000, 16.7% of the population lived on less than $1.90 per day. This percentage dropped to 3% in 2015. Mining exports have fuelled much of the nation’s economic growth, as world demand for natural resources, such as silver and copper, has increased over previous years; but the nation’s heavy reliance on natural resource exports makes the country vulnerable to shocks in world prices.

However, the percentage of Peruvians living in poverty increased in 2017. This recent turnaround is a worrying development and more than 6.9 million people now live in poverty, most in rural areas. Indigenous people are disproportionately affected.

Children still face many hardships and issues related to poverty. Between a quarter and a third of children aged six to 14 work, sometimes in dangerous conditions in mines or on construction sites. For many families, the choice to send their children to work is made by the confronting reality that an extra daily wage means food on the table. Undernutrition and anaemia are areas of national concern for Peruvian children.

Lack of access to public services, coupled with the fact that rural youth predominantly speak an indigenous language (rather than Spanish), contributes to lower school enrolment of children in Peru’s rural areas. The rate of urbanisation in Peru has continued to increase as youth move to the cities in search of employment.

According to Peruvian anthropologist José Matos Mar, the increase in urbanisation, accompanied by the increase in educated youth from a variety of backgrounds in cities, has led to a reduction in racism and marginalisation based on ethnicity or cultural heritage. But these social stigmas haven’t disappeared entirely. Marginalisation still persists based on education level, poverty, gender and indigenous background. As a result, when rural youth migrate to Peru’s cities, they are increasingly unable to find work in the formal labour sector and resort to employment in the informal sector, where monitoring of work conditions and wages is likely to remain low.

SPONSOR A CHILD IN Peru keyboard_arrow_right

"My heart was divided in two": How Teolina Escaped Child Labour

Should she help her mother put food on the table, or chase her dream of becoming an architect? When 16-year-old Teolina in Peru faced an impossible choice, the local church was there to help her find her way... Read more

25 Photos of Family Dinner Time Everyone Should See

Take a journey around the world at dinner time. Your dining table and kitchen may not look like this, but for these families living in poverty, it’s the time where the laughter and good times occur despite their hardship. .. Read more