629
mums and their babies supported

Active cases of COVID-19 in Sri Lanka numbered more than 6,200 on 4 February, and total related deaths were 330. National and local governments have enacted preventative measures such as curfews, mandatory face coverings and social distancing. A vaccination campaign is underway. The borders were reopened to foreign tourists, except from the United Kingdom, in late January with hopes of helping the economy and providing jobs in the travel industry. 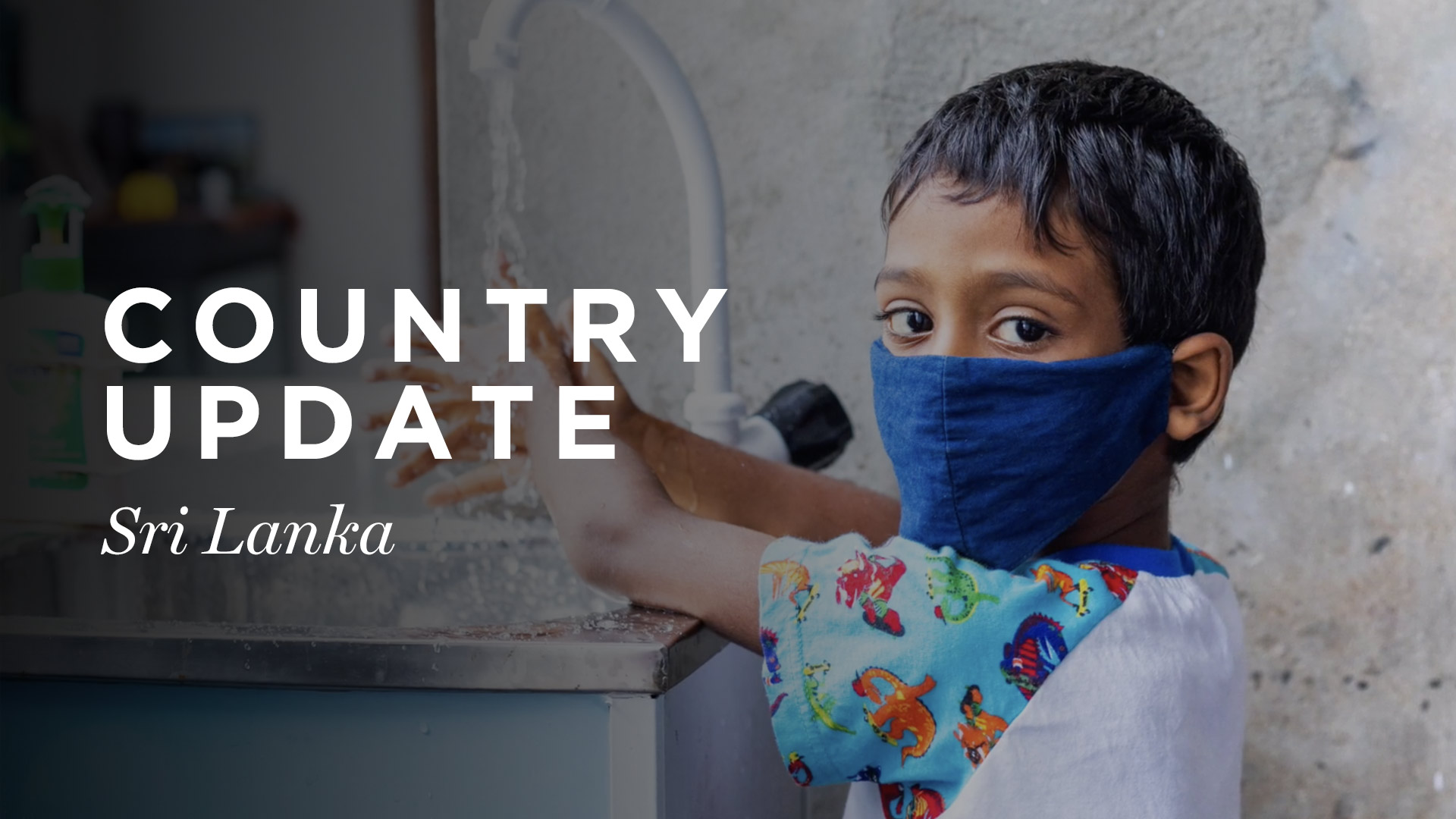 How is Compassion currently operating in Sri Lanka?

Thank you for praying for children and families in Sri Lanka who have been impacted by COVID-19—and the local staff who continue to serve them in difficult circumstances. 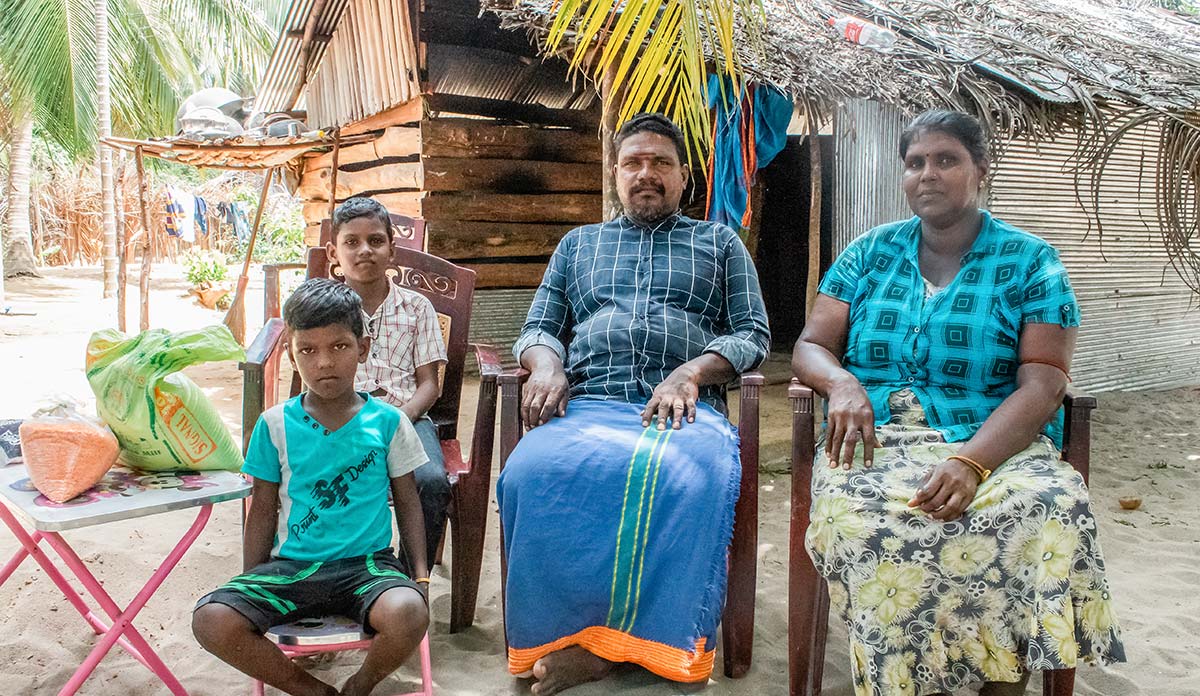 For families living day-to-day in Sri Lanka, the pandemic and quarantine measures that followed drove them into further hardship. Day labourers like seven-year-old Pravin’s father, struggled to support the needs of their families and were worried they’d have no food to eat.   Read more open_in_new

For families living day-to-day in Sri Lanka, the pandemic and quarantine measures that followed drove them into further hardship. Day labourers like seven-year-old Pravin’s father, struggled to support the needs of their families and were worried they’d have no food to eat.

Pravin, the eldest of two, is registered in Compassion’s Child Sponsorship Program. With the child development centre closed due to COVID-19, he has spent his days at home drawing pictures and helping his mother, Rajeni, cut vegetables. Since the pandemic hit, Rajeni can’t help but worry about providing for her family.

“My husband lost his job, and he is the only one who works so our only income was gone,” says Rajeni.

Even though his father was out of work, Pravin still had faith that the child development centre would come through for his family. Since March, staff have been providing the family with ration packs full of food and essentials to last each month.

“I cannot describe how these packs have helped me,” says Rajeni. “I cannot think how we would have gotten food if not for them.”

Now that the restrictions have eased a little in Sri Lanka, Pravin’s father is able to work to help support the family. And Pravin anxiously awaits his return to the child development centre to play with his friends and enjoy his favourite food—rice with curry.

Please note: Due to the current pandemic, many child development centres in Sri Lanka are temporarily closed. Our local partners continue to meet the urgent needs of the children through home-based care.

A snapshot of Compassion's Child Sponsorship Program in Sri Lanka 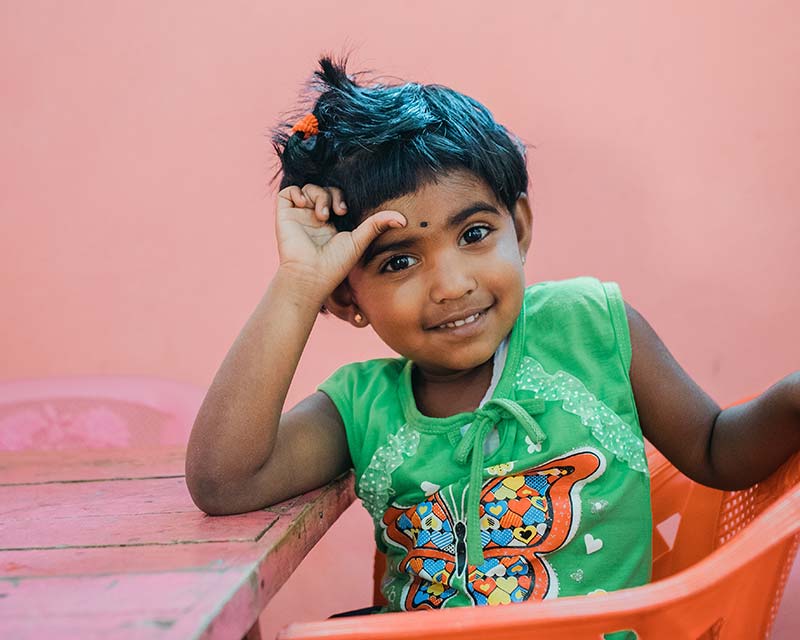 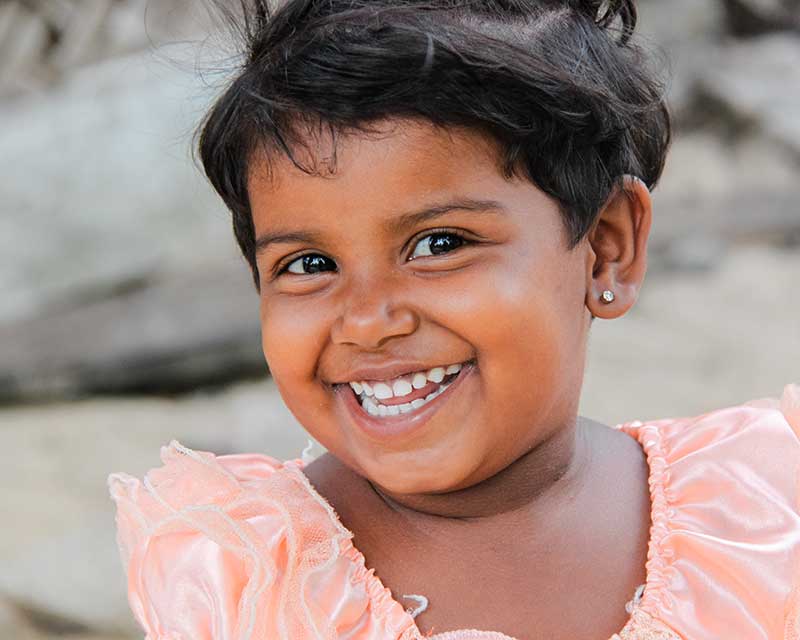 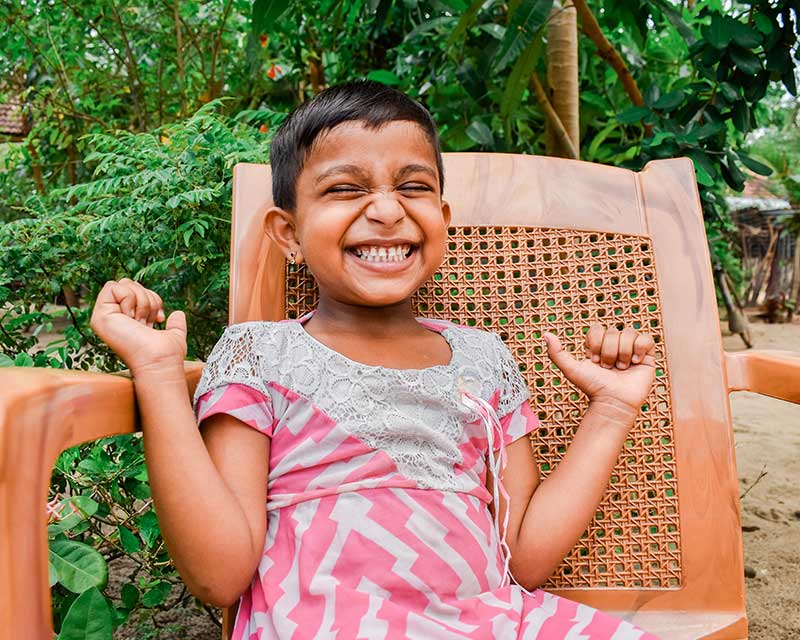 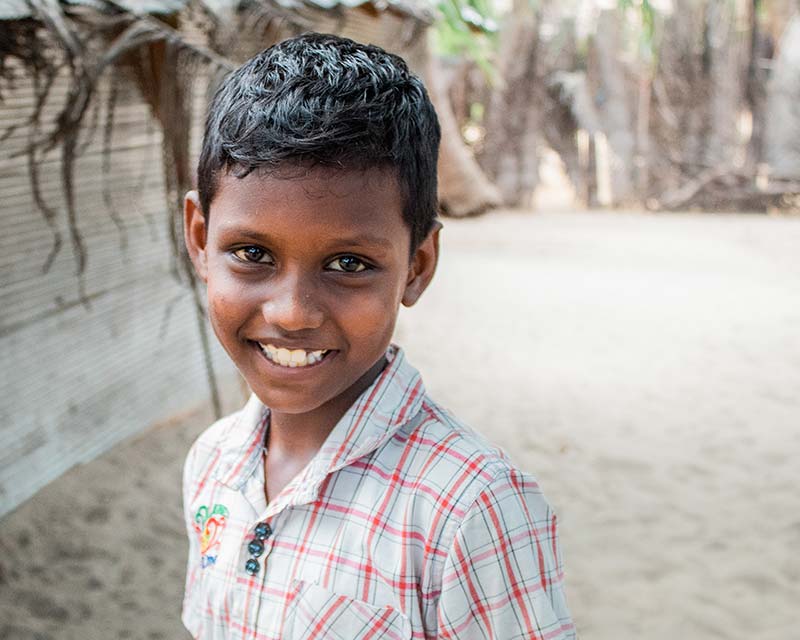 Children can also attend camps, sporting events, field trips and talent shows. Parents of Compassion assisted children meet once a month to learn about a variety of topics.

children under the age of five die per 1000 births

of children are underweight

Sri Lanka is slowly emerging from a brutal decades-long civil war that resulted in mass displacement and tens of thousands of deaths. But this beautiful, scenic nation carries the scars of the conflict—and poverty continues to hold many children back.

In 2009, the Sinhalese-majority government army forced a complete defeat for the Tamil Tigers (known as the LTTE), ending a long and bitter conflict. Civilians were caught in the crossfire throughout the 26-year long war, and between 80,000 and 100,000 people were killed.

While the fighting has stopped, the legacy of the conflict lingers. By the end of 2012, the majority of those who fled during the civil war had returned to Sri Lanka, but thousands have been unable to return to their communities and remain internally displaced.

Poverty still affects millions of Sri Lankans, mostly in the northern and eastern regions. It is greatest among rural and remote communities and it affects minority groups disproportionately. Those living as labourers on tea estates face the greatest disadvantages in gaining access to education, healthcare, better quality food and housing.

Child labour and forced labour trap many families in generational poverty; but recent efforts to improve access to education have helped many more children (particularly girls) to enter the classroom. The quality of education needs to improve, as schools and teachers often don’t have the resources they need to get the best results for children, but enrolment rates are strong—which is a source of hope for the next generation of Sri Lankan children.

Many daily wage earners have lost work and their families face increased hunger and hardship in the midst of the COVID-19 pandemic. Local partners and staff continue to reach out to offer encouragement and support; they are delivering food packs and medical support to meet immediate, urgent needs.

How Will COVID-19 Affect the Developing World's Economy?

The COVID-19 pandemic will have a major impact on those living in poverty, likely for years to come. Learn how... Read more

The Most Popular Baby Names Around the World!

Every continent has its own customs and quirks, including baby names! Check out the most popular ones for children in child development centres across 25 countries—there’s a lot that can be revealed with just a name... Read more