Compassion began partnering with churches in 1970.

190
mums and their babies supported

Thailand was the first country outside China to record a COVID-19 case in January 2020. Since this time, COVID-19 cases have spread rapidly throughout the country. Hospitals have been inundated with patients requiring care and have struggled to cope with the dramatic increase in cases. Stay-at-home orders were in place for most Thai provinces at varying points throughout the pandemic. Though positive cases are persisting, the country has plans to reopen to international tourists in an effort to stimulate its troubled economy.

Our local church partners in Thailand have worked tirelessly to continue supporting children in poverty during the pandemic. Most child development centres are now able to meet in small groups. Some have resumed their usual activities. Since the beginning of the pandemic, local workers have delivered over 340,000 food packs and 141,000 hygiene kits to vulnerable families.

Watch the latest video update below from our neighbours in Thailand to learn more. 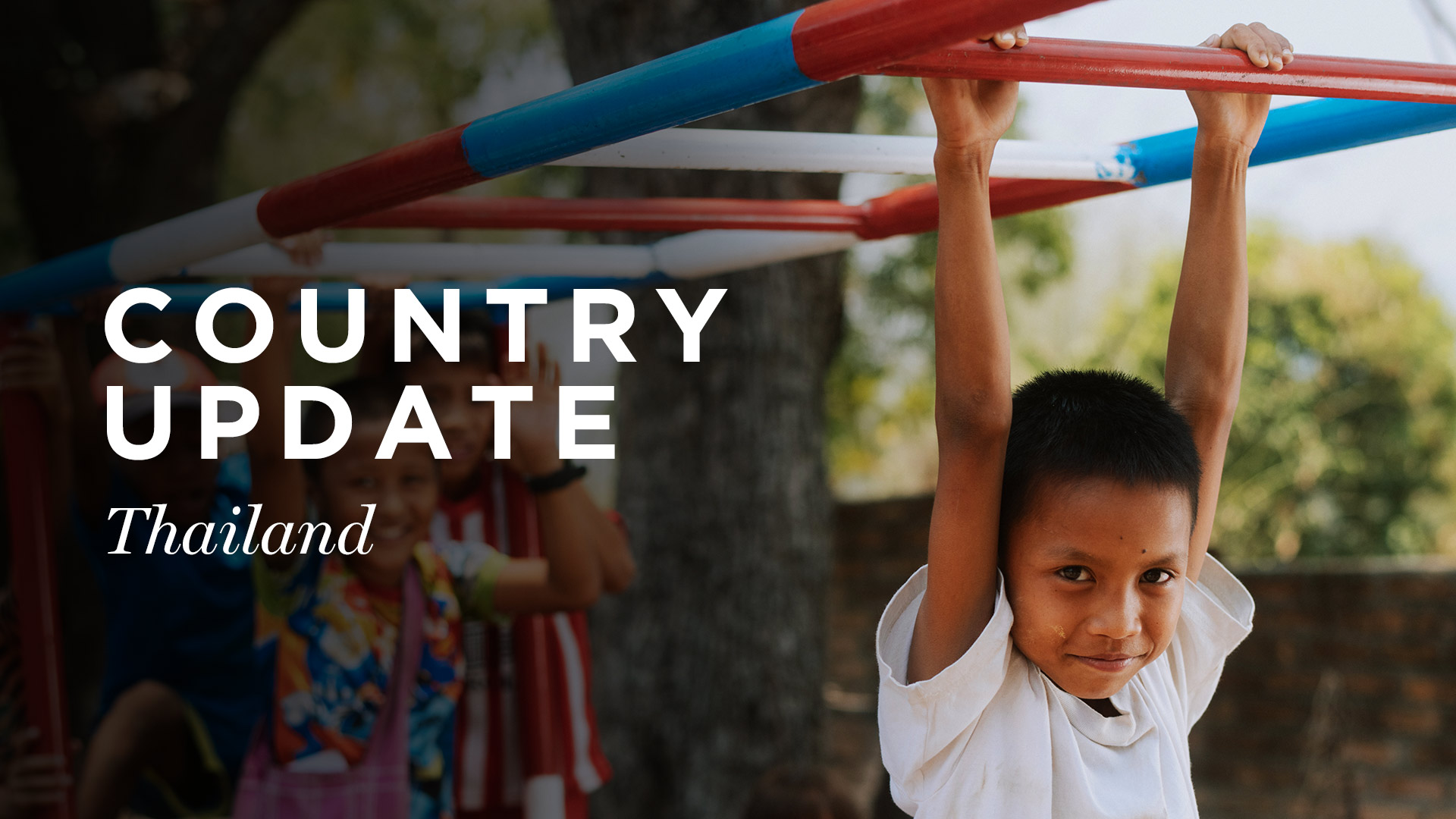 How is Compassion currently operating in Thailand?

Thank you for praying for children and families in Thailand who have been impacted by COVID-19—and the local staff and churches who continue to serve them in difficult circumstances. 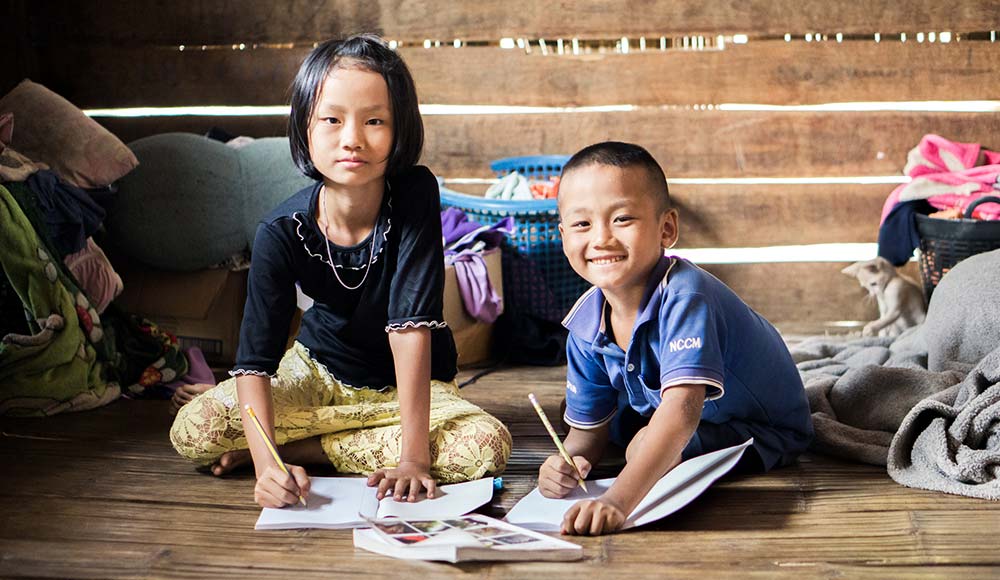 Providing for their needs in Thailand

The lockdown restrictions in Thailand to prevent the spread of COVID-19 have left many without a source of income. This has been the reality for Manah, the mother of a Compassion assisted child from a community on the outskirts of Mae Sot.   Read more open_in_new

Providing for their needs in Thailand

The lockdown restrictions in Thailand to prevent the spread of COVID-19 have left many without a source of income. This has been the reality for Manah, the mother of a Compassion assisted child from a community on the outskirts of Mae Sot.

The inflation of grocery prices combined with a loss of income has made feeding her family of six a serious challenge. Unable to afford protein such as meat and eggs, the family often ate bowls of plain rice flavoured with chilli.

Manah’s family is not the only one experiencing a loss of income and decreased food security as a result of the pandemic. Local staff from Huey Nam Khun Child Development Centre have been working hard to provide children and their families with relief.

“Compassion has given us 30 kilograms of rice, cooking oil, instant noodles and canned fish for our household’s food supplies. They also gave us hand sanitiser and masks for everyone in our family. They are helping support our family during this crisis time and giving us relief. Otherwise, our children would have no meals at all,” says Manah.

“We are so grateful for [the] Compassion project and the church for always standing with us.”

Please note: Due to the current pandemic, some child development centres in Thailand remain temporarily closed to group activities. Our local church partners continue to meet the urgent needs of the children through home-based care.

A snapshot of Compassion's Child Sponsorship Program in Thailand 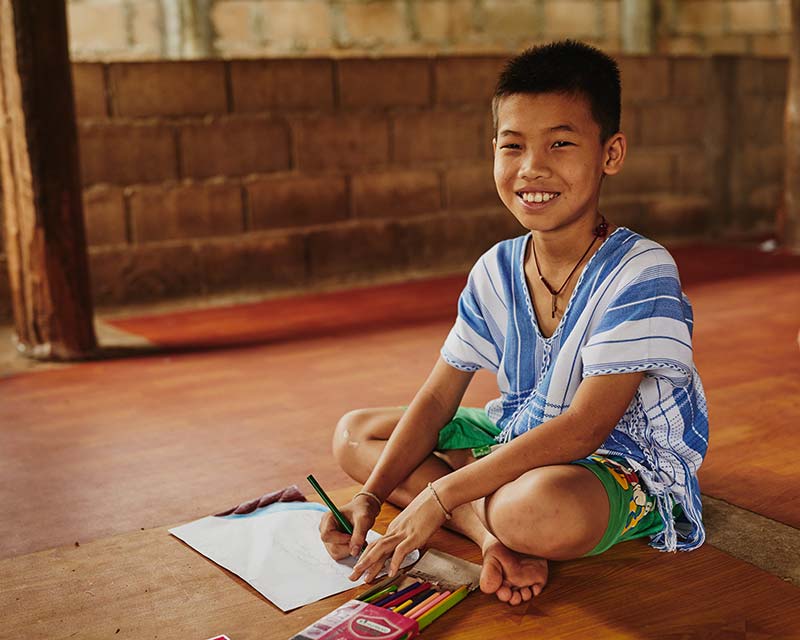 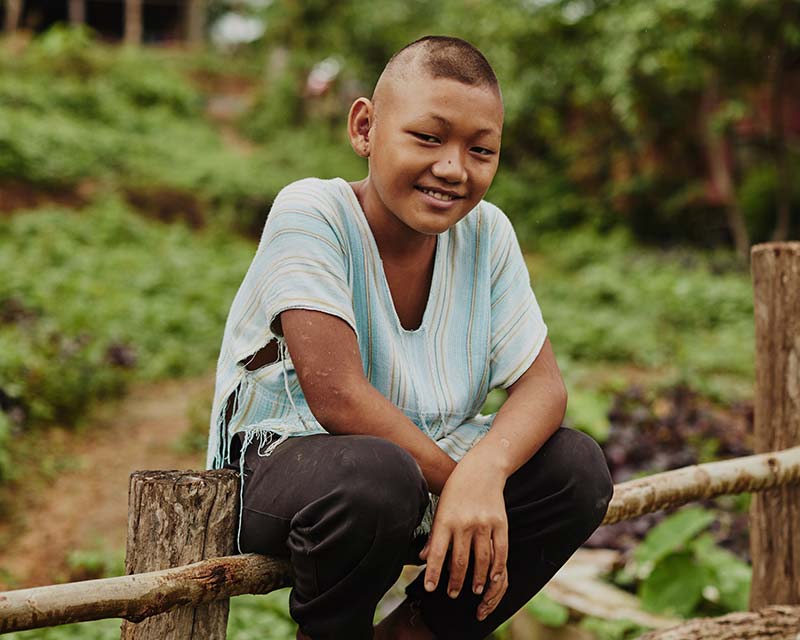 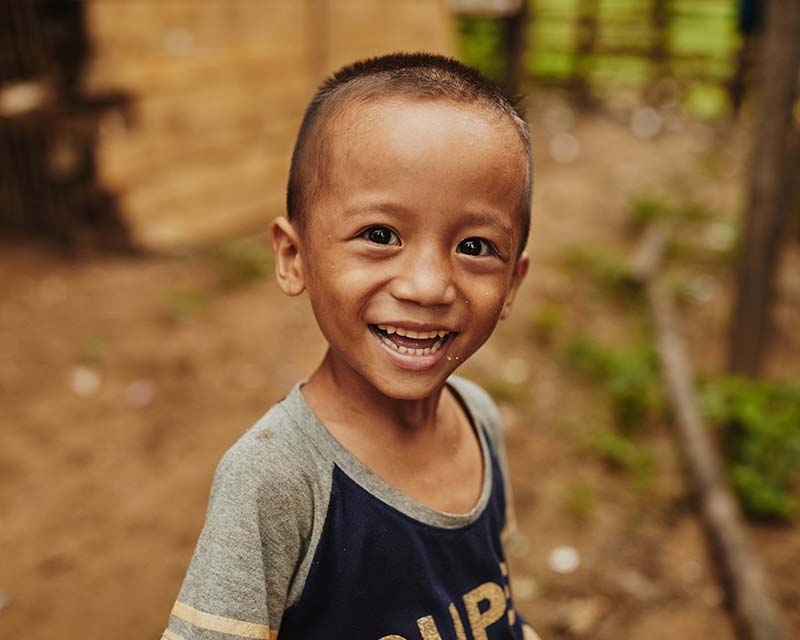 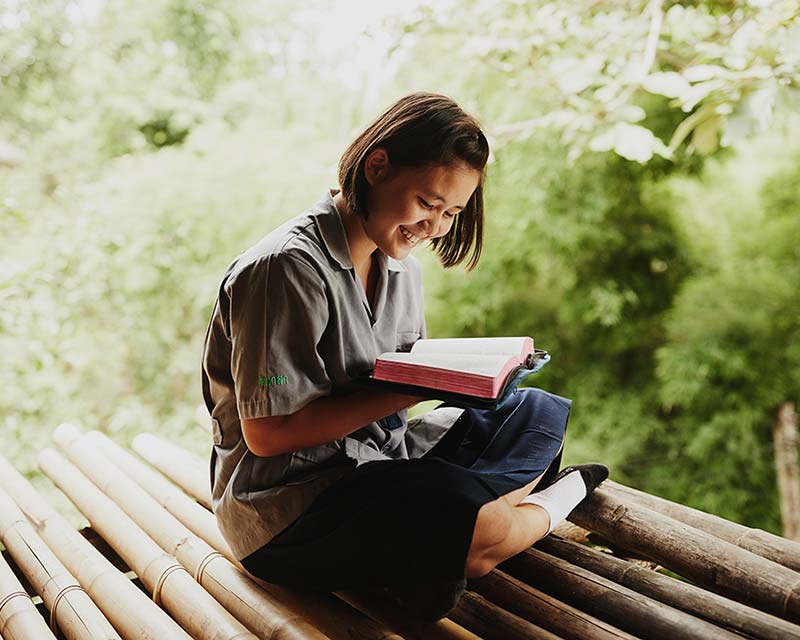 10:30am - Break time, when children can play in a safe environment and develop friendships. A nutritious snack is provided.

11:00am - Social-emotional lessons, covering topics from conflict resolution to developing healthy self-esteem and a godly character. Children often come from challenging home environments and are taught social and personal skills.

12:00pm - Lunch time, usually a meal of rice, vegetables and meat. Milk is provided for young children. Children who are malnourished receive additional food to take home each month, such as rice, eggs, canned fish and milk.

1:00pm - Health lessons, where children learn practical health and hygiene tips. An example topic is how to prevent malaria and HIV/AIDS transmission.

Children in Thailand also participate in extracurricular activities such as games and music, community sports days, as well as community service opportunities such as anti-drug campaigns. These activities are generally held during school holidays.

Every year, parents are offered parenting classes and meetings to inform them about what their children are learning at the child development centre. There are also special events such as Family Camp, Mother's Day and Father's Day. Many programs also offer income-generation training for parents.

The greatest needs impacting children living in poverty in Thailand

of children under the age of 5 are underweight.

years is the average life expectancy

Thailand was an absolute monarchy until 1932, when it became a constitutional monarchy. It’s the only country in southeast Asia that has never been colonised, but that doesn’t mean it has been free from political struggle. Indeed, Thailand has a long history of military coups; Prime Minister Prayut Chan-o-cha himself seized power in a military coup that ousted Yingluck Shinawatra in 2014.

In March 2019, the country's first election in five years resulted in no party winning a clear majority. Prime Minister Prayut remained in power despite the opposition winning the most seats in the lower house of Parliament, after the government-appointed upper house voted for him.

Despite deep political divisions, Thailand has experienced rapid social and economic development over the past four decades, changing from an agricultural-based to an industrial-based economy. However, inequalities in socio-economic welfare still remain, caused by disparities in the distribution of wealth, environmental degradation and the effects of urbanisation and COVID-19. The people groups living in the nation’s northern- and western-most regions are particularly affected, due to a combination of a lack of infrastructure and services and their status as ethnic minorities.

Up to half of these ethnic minority hill tribe members don’t have citizenship papers, meaning they cannot own land or travel freely between districts and have no access to social welfare services. This makes them vulnerable to a range of issues: poor healthcare and education, unemployment and economic poverty, even trafficking and threats of displacement. Yet, sans citizenship, they lack representation and face a long road to economic and social equality.

The local church continues to be critically important in caring for the people of these forgotten communities, especially the children.

SPONSOR A CHILD IN Thailand keyboard_arrow_right

Meet Adun. Finally free after being trapped 18 days underground in a Thailand cave, this brave sponsored teenager has a unique story and played a key role communicating with the rescue divers during the chaos... Read more

One year ago, the world was riveted by the rescue story of the Wild Boars soccer team who were trapped in Than Luang Nang non cave in Chiang Rai, Thailand. Twelve months later, Compassion sponsored teen Adun, who played a role in the rescue, shares how life has changed for him. .. Read more

32 Photos of the Love & Strength of Families in Poverty

Families living in the developing world share the joy, struggle and hope of being a parent... Read more