Compassion began partnering with churches in 2007.

1,329
mums and their babies supported

As local COVID-19 cases rose throughout 2021, Togo's government issued several extensions to its nation-wide State of Health Emergency. The country's vaccination program commenced quickly, with priority given to frontline health workers. The lockdown restrictions resulted in increased unemployment and subsequent loss of income for many vulnerable families.

For our local church partners in Togo, most centres have now resumed their usual program activities. Some remain meeting in smaller groups, or are conducting home visits to registered children. Local workers have been able to deliver over 870,300 food packs and 598,800 hygiene kits to children and their families in poverty.

Watch the latest video update below from our local church partners in Tanzania. 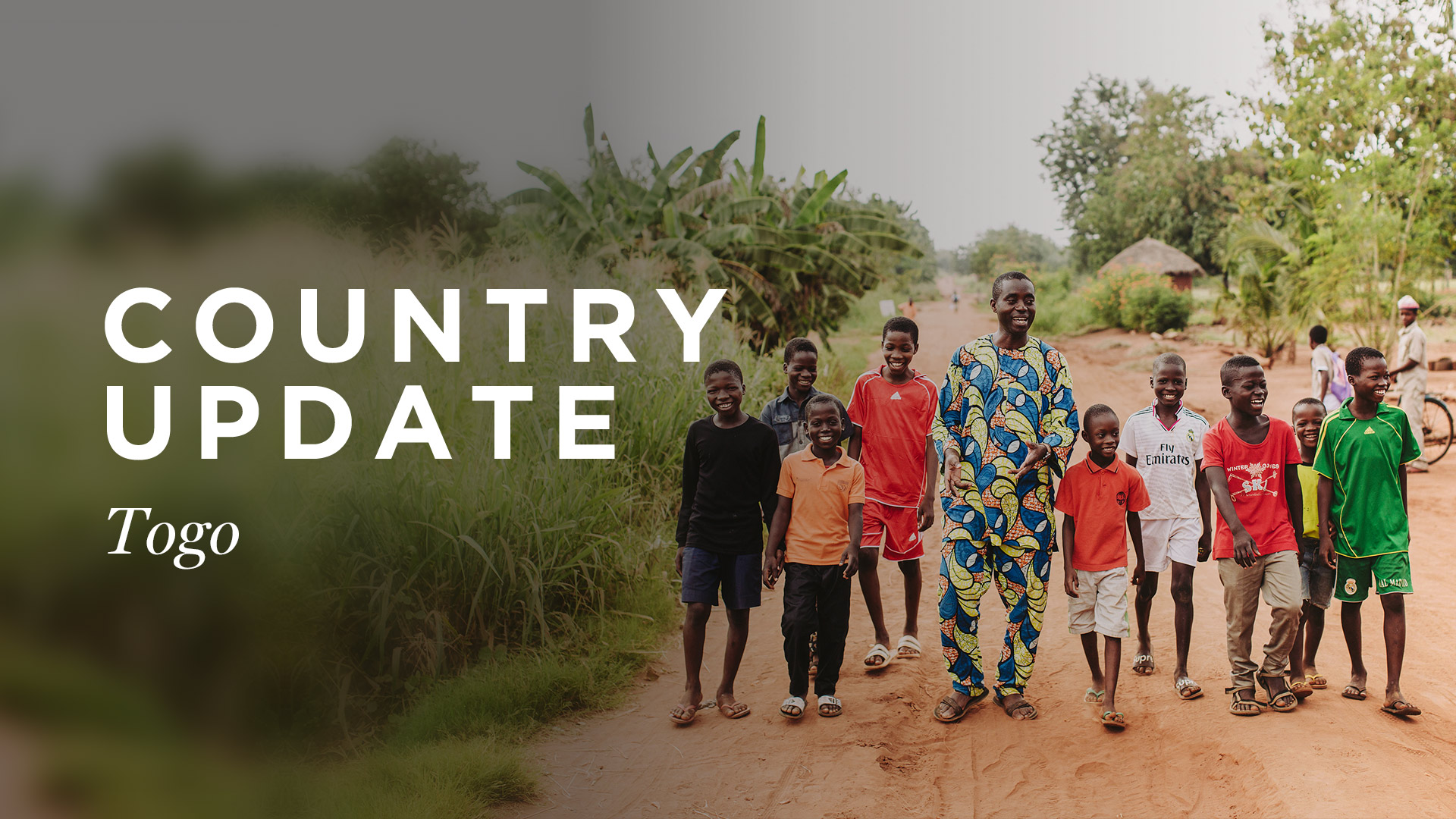 How is Compassion currently operating in Togo?

Thank you for praying for the children, families and local church partners we serve in Togo. 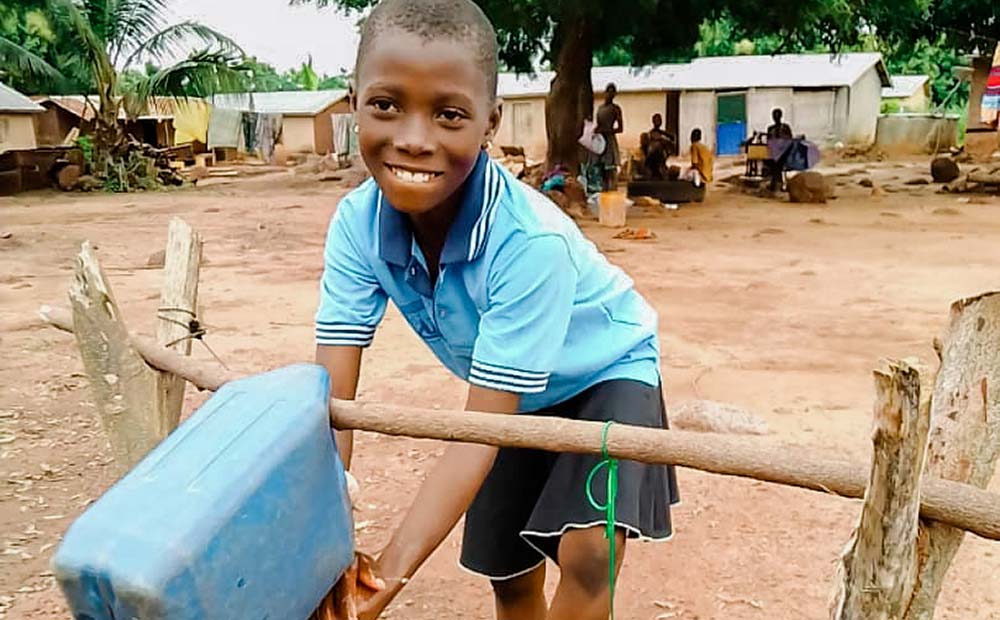 One of Compassion’s church partners in Togo teamed up with local charity Plan Togo to show 40 vulnerable families how to make their own hygienic handwashing stations. Without access to running water or bathrooms in their homes, these families have struggled to follow the hygiene guidelines for preventing COVID-19.   Read more open_in_new

One of Compassion’s church partners in Togo teamed up with local charity Plan Togo to show 40 vulnerable families how to make their own hygienic handwashing stations. Without access to running water or bathrooms in their homes, these families have struggled to follow the hygiene guidelines for preventing COVID-19.

"The handwashing facilities available in our village exposed people to COVID-19 by contact," she says. “Before this training, we filled a basin with water and needed to have someone else present to help us pour the water on our hands so that we can wash them properly. But we realised we could catch [COVID-19] if the other person had the disease."

Today, it is a different story. "With these new facilities, we are no longer exposed to contamination through direct contact," said Komadan, Akpe's mother.

Using simple oil cans, wood and nylon rope, the families were trained to construct a touch-free handwashing device in their homes to reduce the spread of COVID-19. The device uses a container of water and a container of liquid soap supported on three poles. A rope is attached to it and tied to a piece of wood—the lever—on the ground.

"When we put our foot on the lever, the water comes out automatically. Then you put your foot on the other lever [to] get soap. You don't need someone else to help you pour the water," says Akpe.

These handwashing devices have significantly changed the daily lives of the children and their families.

"To those who have helped us to have these devices at home and in our farm, I say thank you very much," says Akpe.

Please note: Most Compassion centres in Togo have been able to safely resume meeting in small groups, abiding by local guidelines.

A snapshot of Compassion's Child Sponsorship Program in Togo 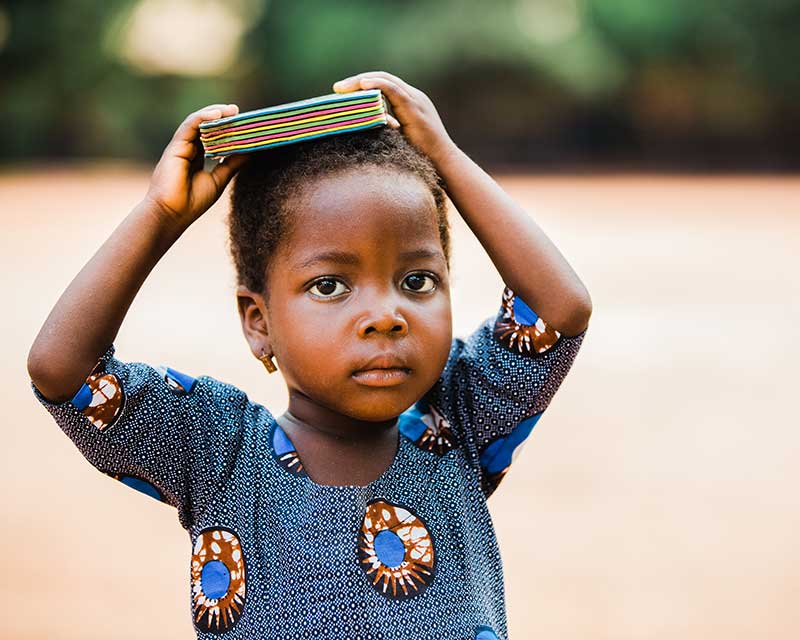 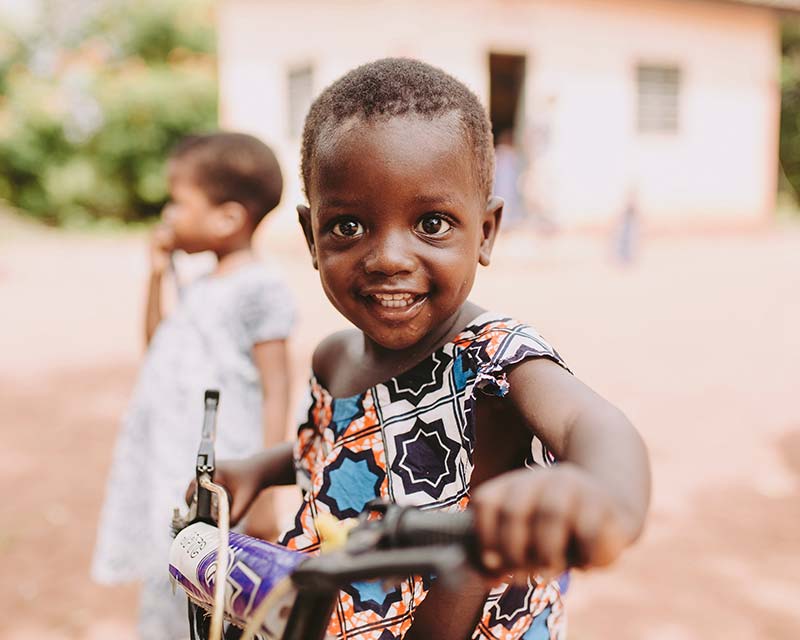 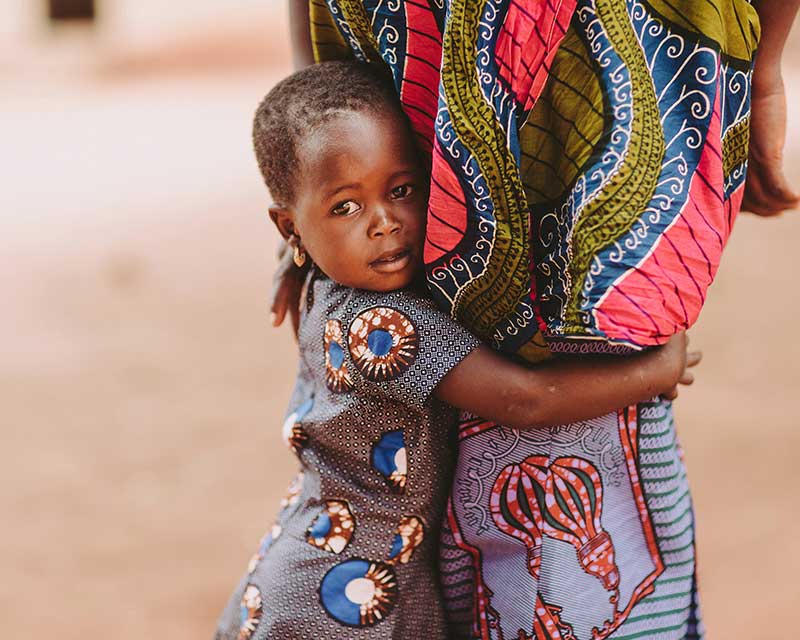 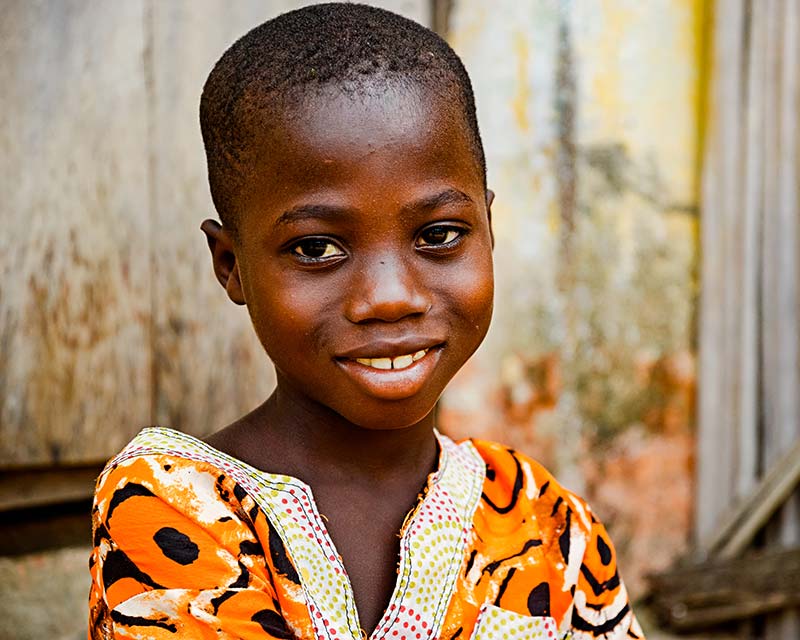 Compassion assisted children in Togo typically attend program activities at their local child development centre on Saturdays. Here is an example of what a typical program day looks like for children in Togo.

11:00am - Social-emotional lessons from conflict resolution to developing healthy self-esteem and a godly character. Children often come from challenging home environments and are taught social and personal skills.

12:00pm - Lunch and social time. Children in Togo are generally given breakfast and a meal each day they come to the centre. There are some critical situations where children from extremely poor families are given more food to take home. A typical meal consists of rice or pasta with fish or meat.

1:00pm - Health lessons where children are taught practical health and hygiene tips. Example topics include how to prevent malaria and HIV.

In addition to Compassion’s curriculum, children have opportunities to participate in activities such as learning musical instruments, choreography, choir, art, football and puzzles. Parents and caregivers are offered parenting classes.

The greatest needs impacting children living in poverty in Togo

Togo, on Africa’s west coast, remains one of the poorest nations in Africa. Togo was granted independence in 1960 after decades of colonisation, first by Germany and then, following World War I, by Britain and France. Shortly after, Gnassingbé Eyadéma seized power in a bloodless coup and ruled for almost 40 years.

Throughout that time, Togo has struggled with issues of poverty. Poor sanitation facilities and a general inaccessibility to safe drinking water, along with a lack of access to good medical care, particularly in rural areas, have cost many lives and held back the nation’s development. In fact, Togo has one of the highest infant mortality rates in the world, and, according to UNICEF, more than half of the population still lives below the poverty line.

This has a significant impact on children. Without other options, many are forced into prostitution or child labour: 35.7 per cent of children aged five to 14 are involved in child labour, which can interfere with schooling and expose children to dangerous situations.

Forced child labour occurs in the agricultural sector—particularly on coffee, cocoa, and cotton farms—as well as in stone and sand quarries. Children from rural areas are brought to the capital, Lomé, and forced to work as domestic servants, roadside vendors and porters, or exploited in prostitution.

Through much of the past few years, the nation has been caught up in a protracted political disagreement between President Faure Gnassingbé Eyadéma and opposition parties, who demanded he place limits on how many terms a president can serve — and step down. President Eyadéma was elected in 2005 following the death of his father, former President Gnassingbé Eyadéma, and each of his subsequent electoral victories (in 2010, 2015 and 2020) has been met with opposition protest and claims of vote-rigging; yet the elections have been declared free and fair by independent observers.

SPONSOR A CHILD IN Togo keyboard_arrow_right

What Pregnancy is Like for Women Around the World

Pregnancy looks different all around the world. Three mothers from Togo, the United States and New Zealand share their different experiences of pregnancy, and their hopes and fears of motherhood... Read more

While millions of people around the world don’t have access to improved water sources, Compassion is at work to provide clean, safe drinking water for children in Compassion’s programs and their families. .. Read more