13-year-old Chompuu was walking home one afternoon when she was abducted and declared the bride of her captor. Bride kidnapping has been an accepted cultural traditional amongst the Hmong people in Northern Thailand—until now.

It was a late afternoon in April—the hottest month of the year in Thailand’s north. Chompuu, shiny black hair tucked neatly behind her ears, walked along the dirt road toward home. As she turned onto a narrow path leading to her house, a car pulled up behind her. Suddenly, five teenage boys jumped out, grabbed Chompuu and shoved her into the car. She screamed for help, but no one answered her cries.

That was five years ago.

The tradition of bride kidnapping

At the age of 13, Chompuu was a victim of ‘bride kidnapping’—a cultural tradition of the Hmong people in Thailand’s northern hills. In this practice, girls are abducted by males, locked in a room for days, and claimed as brides by their captors. Often, this can occur without the consent of the girl’s parents.

“I didn’t want to marry him, but it’s tradition,” explains Chompuu.

Bride kidnapping is a harmful practice that forces girls to become wives at ages when they’re not developmentally ready—emotionally and physically. As a result, girls in the Hmong area are forced to drop out of school, become mothers and live subserviently.

According to UNICEF, Thailand has the 19th highest number of child brides in the world—over half a million. Thai law states that the legal age of consent for marriage is 17, and that parental consent must be given until the age of 20. But in too many cases the law is ignored in favour of cultural traditions. 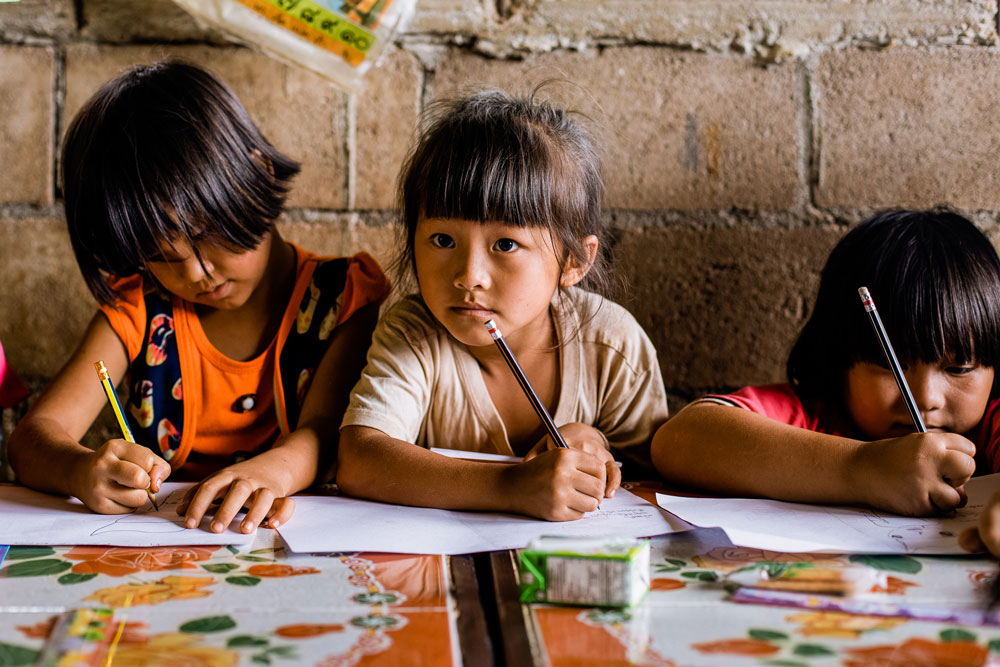 At the root of this issue is an underlying belief that girls and women are not as valuable as their male counterparts.

Sadly, many parents don’t see the value in educating their girls when they’re destined to leave home at an early age.

The local church takes a stand

Noojee is 17 years old. For the last three years, she’s watched on sadly as, one by one, her friends have dropped out of school.

"Most of my friends are married, and they were married when they were just 14 or 15 years old. Not many of us are still in school," she says.

It has saddened Noojee watching her friends’ dreams snatched away. But she’s grateful to have escaped falling victim to the practice. 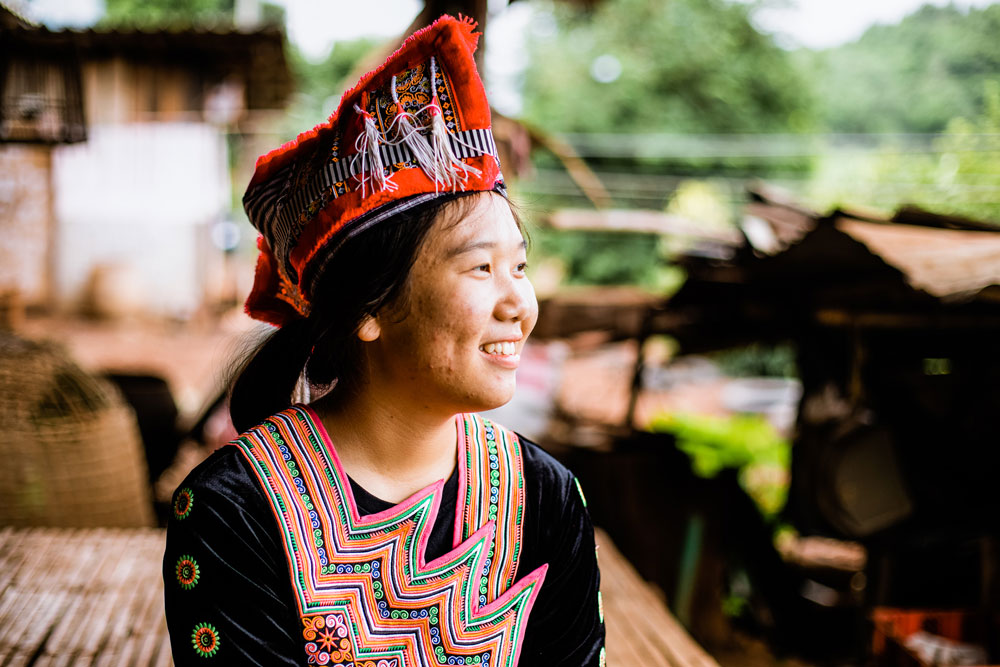 Had the local church not educated her parents on the importance of educating their daughter, it could have been a different story.

“It was quite a challenge when Noojee was first registered in the program," says centre director Lursak SaeJang.

"Her family had the typical mindset that girls don’t need education and must remain at home to serve the family.”

Her parents, subsistence farmers, live in the same house with six other families in their clan—everything each family earns is shared equally with the others.

Unable to care for their own family, Noojee’s parents, were eager to register her in Compassion’s Child Sponsorship Program at the local church.

But Noojee’s grandmother is a witch doctor and her enrolment was met with fierce opposition.

Despite the resistance, her parents recognised the need and registered their daughter anyway. It wasn’t long before Noojee’s father noticed a change in his daughter. 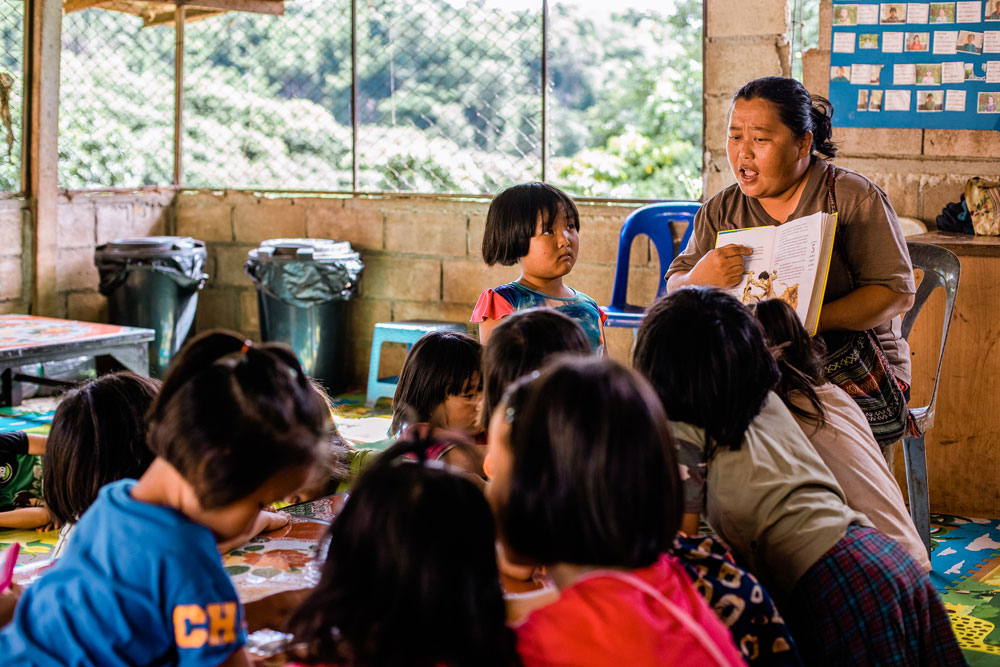 She was different, but in a good way.

It was because of this transformation that her father decided to take the family to church. Miraculously, all of his immediate family became followers of Jesus. They adopted a new set of Bible-based family values including gender equality, education for girls and protection from forced early marriage.

It’s been life changing for Noojee.

“Before we became Christians, my family didn’t eat together because all the females in the house had to eat after the males had finished their food. Only then could the women eat. But now we all eat together at the table.”

She’s also seen a change in her father’s attitude.

“My dad is happier, and he is very supportive of my sister and me attending school, not just my brother.”

The church has also stepped in when girls from the broader community have fallen prey to the custom.

"I never thought that bride kidnapping would occur in my family. When it happened to one of my daughters, I didn't know what to do,” says Lursak. 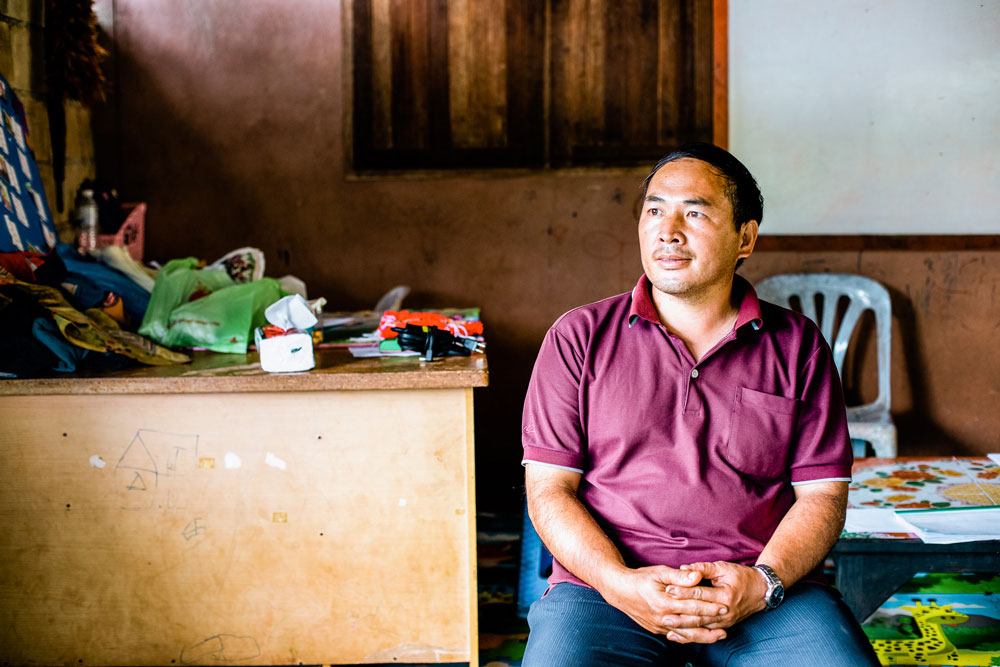 “Pastor Wittaya encouraged me to stand up for my daughter and fight for her rights.”

The local church believes educating girls is the key to combatting early marriage and bride kidnapping in the Hmong villages they serve. They focus on visiting the parents of the girls in the community and highlighting the importance of education.

Slowly, their hearts are being stirred.

After years of passionately advocating on behalf of the girls in their community, the local church’s impact is making a difference.

The Hmong people are beginning to recognise the rights of children and the importance of protecting their girls from bride kidnapping and early marriage.

Girls are also becoming more valued within their community.

Because the church has relentlessly tackled this custom, girls like Noojee have dreams—and the opportunity—of finishing their studies. 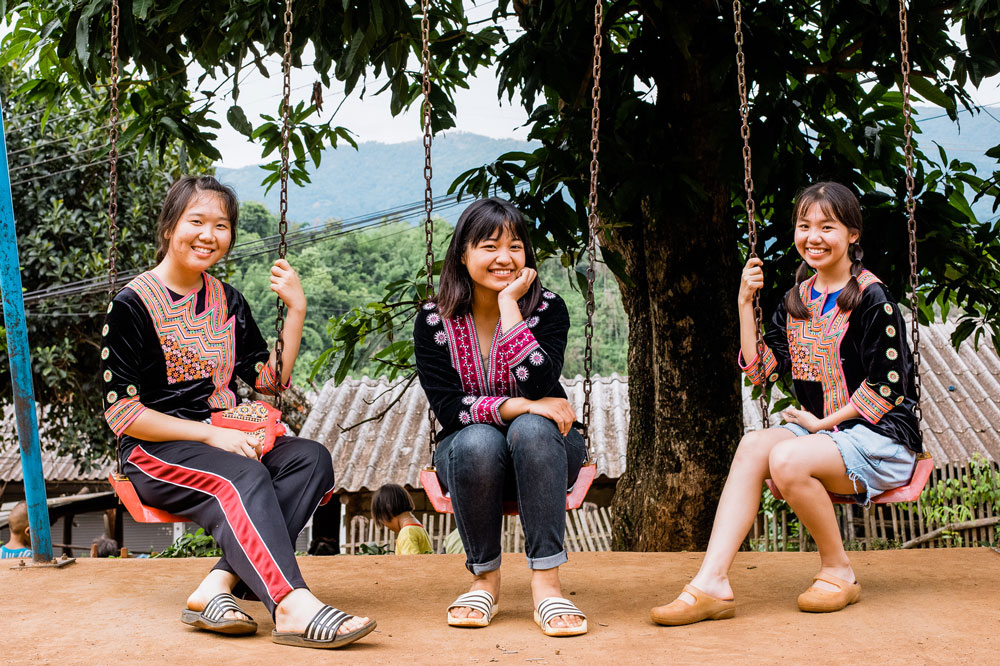 “In my community, there are so many expectations on me because I am a girl. But I am so thankful that my family is Christian, and that my parents support me in going to school.”

Empower a girl today and give her a hope more powerful than poverty.