Like his Bible heroes, Manuel faced a deep test of faith

When Manuel's mother collapsed at home, his faith was stretched like never before. But the critical moment was yet to come.

“One of the Bible characters that fascinates me is Jonah, and the story of the big fish,” says Manuel. “Jonah learned his lesson after he disobeyed God. But God granted him mercy and Jonah was restored and ready to preach at Nineveh after he prayed.”

Manuel is an energetic, friendly 13-year-old who is well known in the Potrerillos community as the boy whose faith moves mountains.

Like his heroes in the Bible, Manuel faced a deep test of faith. For him, the crisis came when his mother, Teresa, collapsed at home. She was rushed to the nearby public clinic, and after extensive testing she was confirmed to have diabetes. But even with treatment, she struggled to make progress. Instead, her health deteriorated.

But the worst was yet to come.

As Teresa battled her illness, her partner, Manuel’s father, told her that he’d been having an affair and walked away from their home. Because he was the family’s provider, he left Teresa and Manuel in a precarious condition. Teresa became depressed, went through a nervous breakdown and completely lost movement in her legs.

“My son and I were left alone in our darkest hour when my husband left,” says Teresa, with teary eyes. “I felt devastated and worried for Manuel’s future. But Manuel was enrolled in the Compassion program and at his young age he learned to see hope during turmoil.” 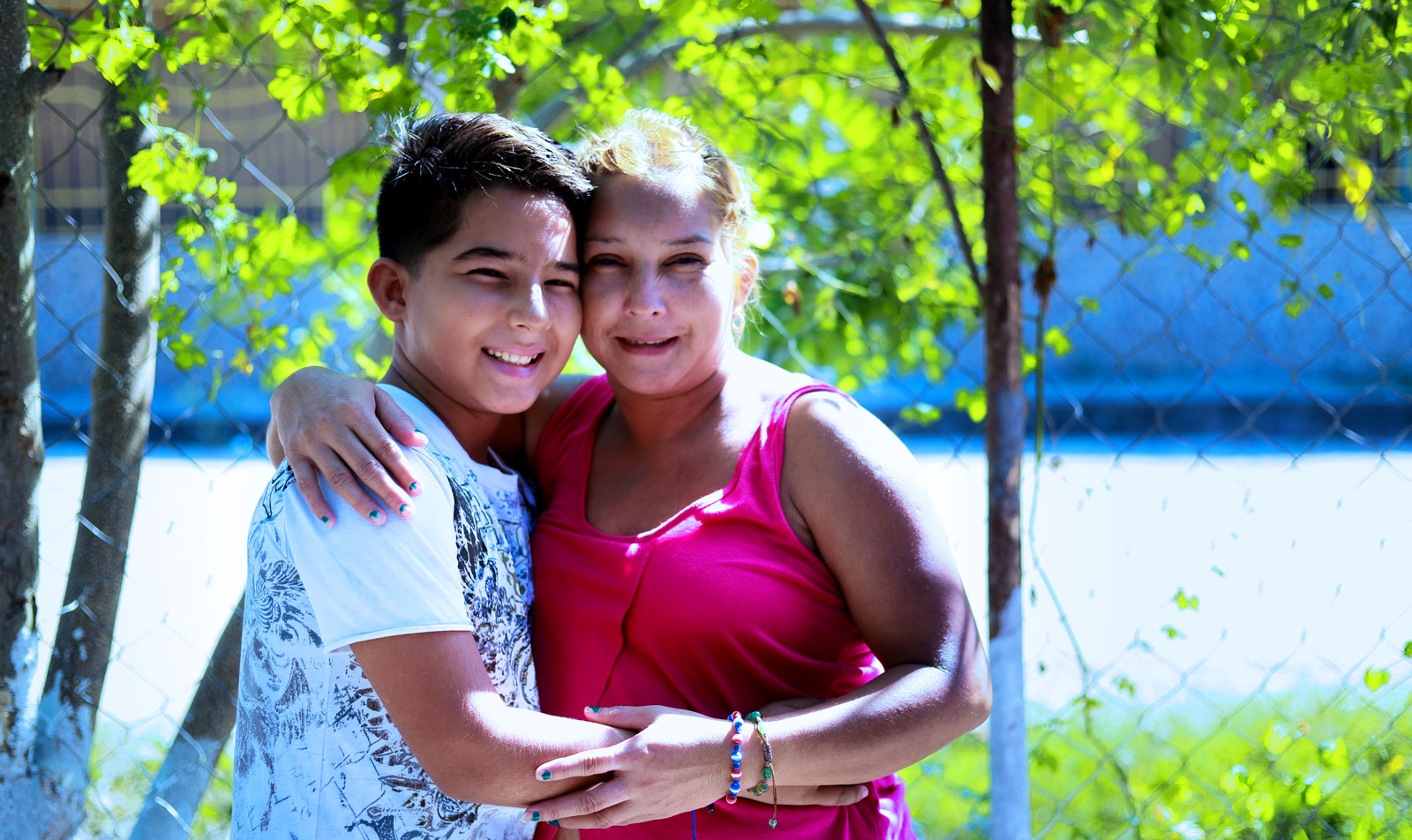 The centre staff sent her to the best hospital to start physical therapy. The church pastor visited Teresa and Manuel constantly and gave them spiritual counselling and emotional support. Teresa and Manuel felt loved, cared for and protected by the church family.

For four months, Teresa gritted her teeth through gruelling physical rehabilitation, and poured out the worries of her heart in emotional therapy sessions. After school, Manuel took care of his mother by feeding her, dressing her, combing her hair and singing worship songs to cheer her up.

“I cried myself to sleep, asking God through prayers to heal my mother,” he says. “If not for the medical treatment she received and the monthly groceries we were given through the Highly Vulnerable Children fund, my mother and I would not be around.”

Because Manuel had learned that God answers His children’s prayers, he and the centre staff pleaded without ceasing, trusting that God would heal Teresa in His time.

It took months of perseverance. But when Teresa finished therapy, she was able to walk again on her own. She found a job as a janitor and now provides for herself and Manuel. The church community are forever grateful for Teresa’s comeback and her testimony has increased everybody’s faith, not just her son’s.

“After therapy, I used a walker that helped me move from place to place. Miraculously and because of prayers, I can walk by myself again. I’m back on track and expectant to see what God has in store for my son and for me. God bless the church staff and their extraordinary work on behalf of children and parents,” says Teresa, enthusiastically. 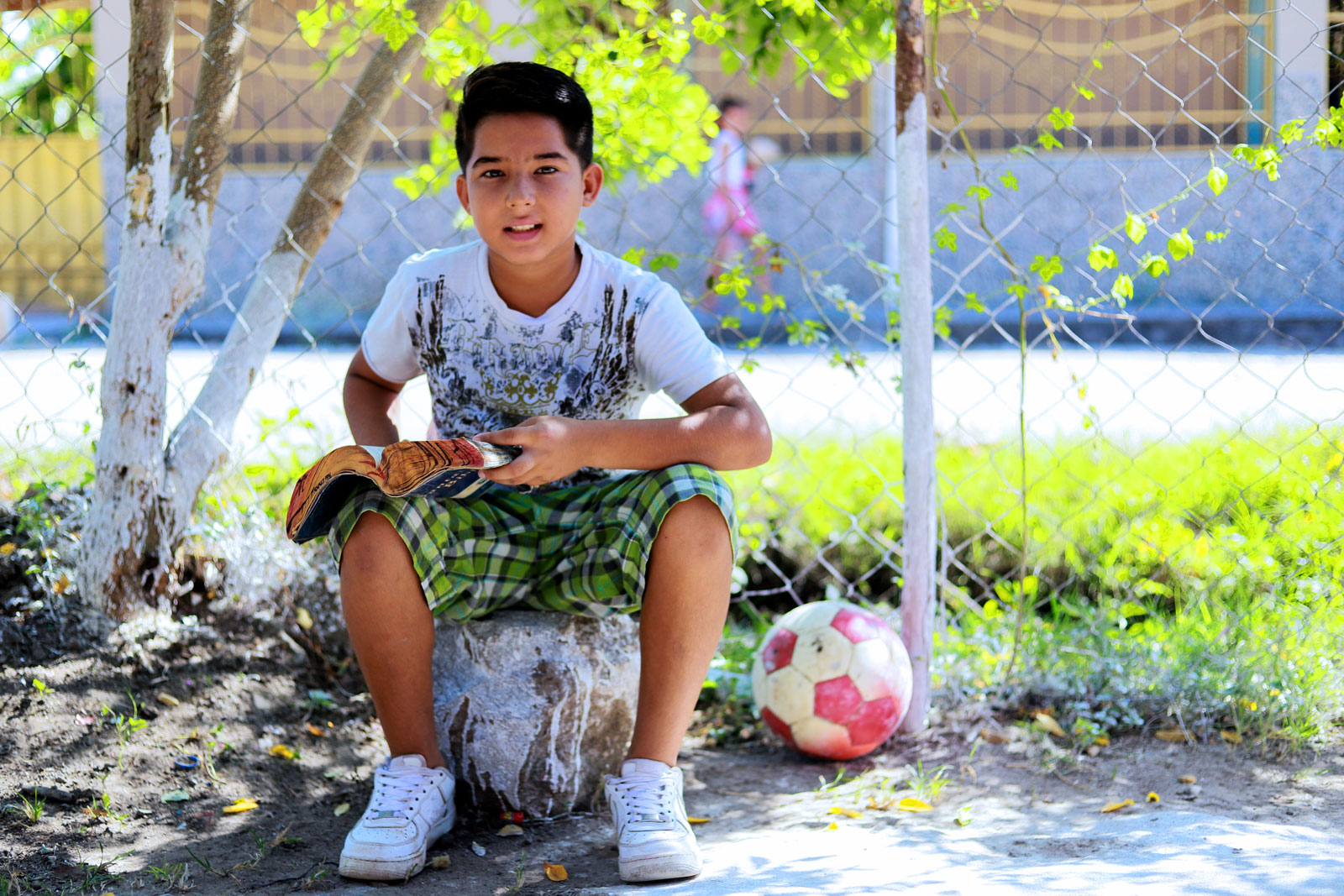 Manuel loves to attend the program at the church, a place that makes him feel at home. He shares his mother’s testimony and faith with his classmates—and with his beloved sponsor, Brad, from the United States.

“While I took care of my mother, I was lifted up by my sponsor’s words,” says Manuel. “He encouraged me to have faith and to keep up the good work at school. When my mother walked again, I let him know about her healing process and wrote to him the Bible verses that strengthened me during the hard times.”

Even though Manuel enjoys the teaching at the program centre and says it’s his biggest reward, he feels blessed to be able to attend school and receive supplies, uniform and shoes. He doesn’t take these gifts for granted and he appreciates his sponsor’s support.

“Manuel has embraced every benefit that he has been given at the project,” says Edis, the centre director. “He shows gratefulness when he goes through medical checkups and the doctors find him healthy, because he recalls what he and his mother went through.

“Manuel connects with God through prayers. His unshakable faith is an example to our entire community.”

Sponsor a child today and encourage them through all the trials and triumphs of life, just as Brad did for Manuel. Or give to Compassion's Highly Vulnerable Children fund and share a hope more powerful than poverty with a child in desperate circumstances.