What the Journey of South Korea Reveals about Child Sponsorship

Mention ‘South Korea’ at a party and your conversation will dabble in K-Pop, plastic surgery or tension with the North. But, as the first country under Compassion’s care, the country of 51 million also demonstrates the hope of the local church in raising a nation out of poverty.

South Korea, or 'daehanminguk', is an inseparable part of the Compassion story. The country’s journey from warfare and devastation to hope and restoration has a lot to reveal about Compassion’s model of sponsorship and its partnership with the local church.

Today, more than 2 million children are served through the ministry of Compassion, but half a century ago, it was a very different picture. As the first children under Compassion’s care to being one of the largest donor countries, the church and children of South Korea continue to set a beautiful example of sponsorship and its impact on raising a nation out of poverty. When we reflect on the story of Compassion in South Korea, here’s what we learn about child sponsorship:

1. There is always hope

Amidst war and devastation, South Korea’s journey with Compassion is a story of hope. Dubbed the ‘forgotten war’, the Korean conflict (1950-1953) was costly, resulting in almost five million deaths. History marks the beginning of the Korean War as the moment Soviet troops in the north invaded US troops in the south, but violence and oppression in Korea had been brewing long before.

It was against a backdrop of hopelessness that Compassion began in Korea. The people had endured generations of conflict, colonial oppression and violence. Despite this, the love of the church, the resilient economy and esteemed cultural and educational system are evidence that God’s love and hope have never abandoned Korea.

Read more about the history of Compassion here.

2. Children are the future

When American Evangelist Reverend Everett Swanson first arrived in South Korea in 1952, his mandate was to preach the gospel to disheartened Korean troops. But, after an encounter with a young Korean boy, the course of Reverend Swanson’s ministry changed forever.

The Compassion story begins when a young boy attempts to steal Reverend Swanson’s coat. Running after the boy through a war-torn town, he notices the coat on the floor but picks it up only to find the young boy shivering beneath the thick cotton. Close by, he spots other piles of rags littered across the floor. Under each pile are more war-orphans seeking shelter from the harsh winter. These children would become the first children to be cared for by Compassion.

The next day, Reverend Swanson returns with blankets and clothes for children but there he witnesses piles of rags dumped into a garbage truck–the bodies of orphans that had not survived the night. Unsettled by the devastation and aware of God’s heart, Reverend Swanson returns home and tells churches in the United States of the destitution in Korea. He is presented with two cheques, propelling the launch of Compassion’s child development ministry. 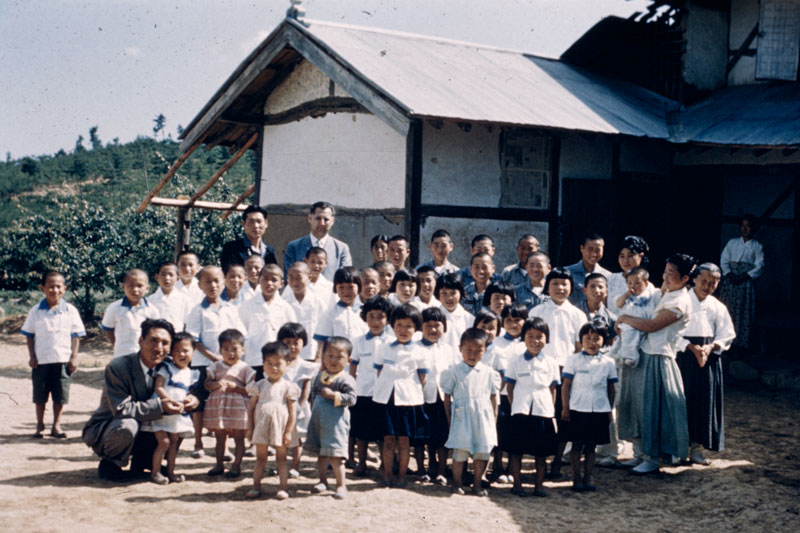 Since then, over 100,000 South Korean children have experienced the love and support of sponsors living overseas. They received opportunities for better education, health care, skills training and, most importantly, the gospel. And after four decades of sponsorship through Compassion, children of that generation have become thriving adults and are now responsible for knowing, loving and protecting other children in low- and middle-income countries around the region.

Today, there are more than two million children across over 25 countries that are known, loved and protected by Compassion, but the ministry’s reach started with children in South Korea. 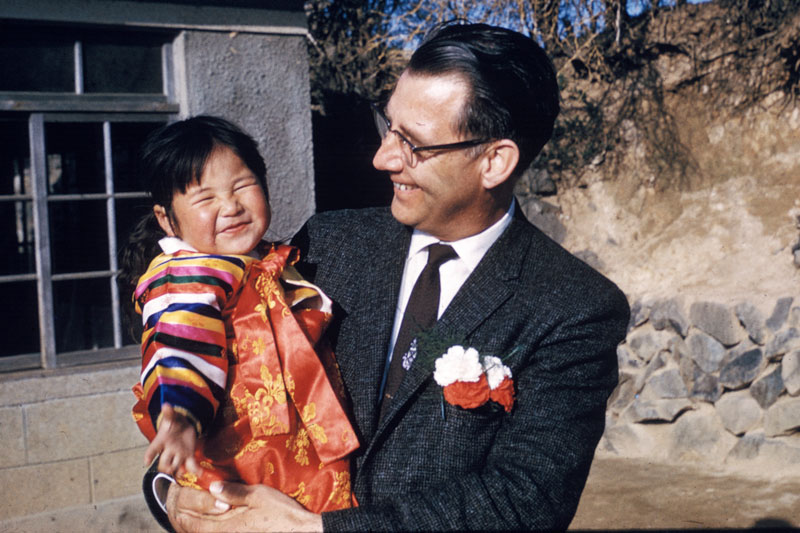 To this day, Compassion remains child-focused, investing in the holistic needs of an individual. Children will always be at the heart of Compassion’s ministry because we believe transformation begins as one child. Here’s why:

3. The local church is strengthened

In the aftermath of the Korean War, Compassion continued to operate in South Korea for 40 years until the country’s accelerated development, economic stability and growth in the Christian church had lifted the majority of the nation out of extreme poverty.

In 1993, South Korea claimed another ‘first’ in Compassion history. It became the first country to ‘graduate’ from the Child Sponsorship Program.

Children in South Korea were no longer in a vulnerable position that required support from international sponsors. Wes Stafford, the CEO of Compassion International at the time, described South Korea as being ready to stand on its own. 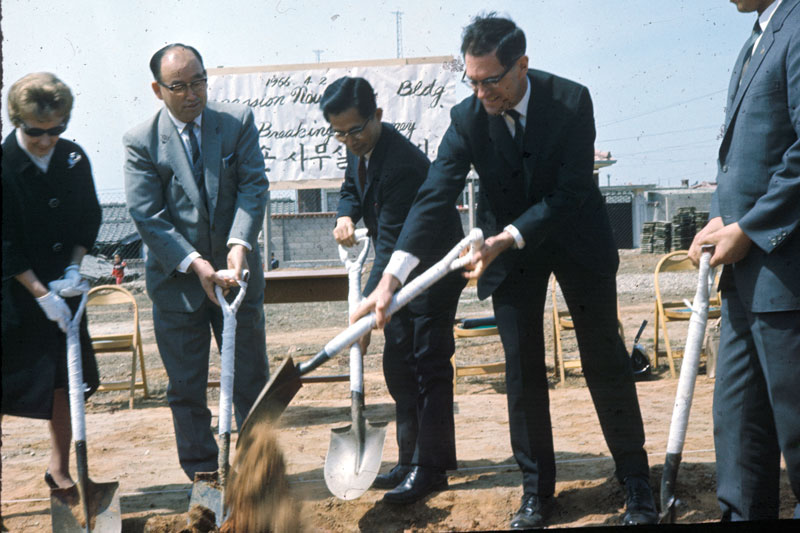 Ten years after the last South Korean child was sponsored through Compassion, the local church wanted to join the ministry again. Today, South Korea is one of ten countries partnering with Compassion International. It remains one of the largest donor countries, demonstrating the nation’s understanding that sponsoring a child is a powerful catalyst of generational change.

When the first Compassion office opened in Seoul in 2003, it was a momentous occasion: the formerly sponsored children of South Korea were now ready to pass on the blessing and become sponsors themselves.

“As Compassion opens its new office in Seoul, we're entering a country that is very different from what is was 51 years ago when Rev. Swanson began his work. Now South Korea will repeat this blessing to others around the world," says Ed Anderson, CFO and Senior Vice President of Compassion International.

South Korea’s transitional journey demonstrates the hope and strength of the local church. Former Compassion International CEO Wes Stafford witnessed the expansion of South Korea’s church over the years and according to Stafford, the South Korean church is second (only to the US) country to send a large number of missionaries into the world. What was once a nation devastated by war, is now a vessel for missions and child development in the world.

Dr Justin Suh, the CEO of Compassion in Korea, says that a partnership with Compassion is an opportunity for the church in South Korea to give back to God for His work in the nation.

"As we were helped, we will now help many others. With God's blessing, the Compassion worldwide family will keep the ripple effect going, stirring hearts and changing lives in Jesus' name," Suh said. 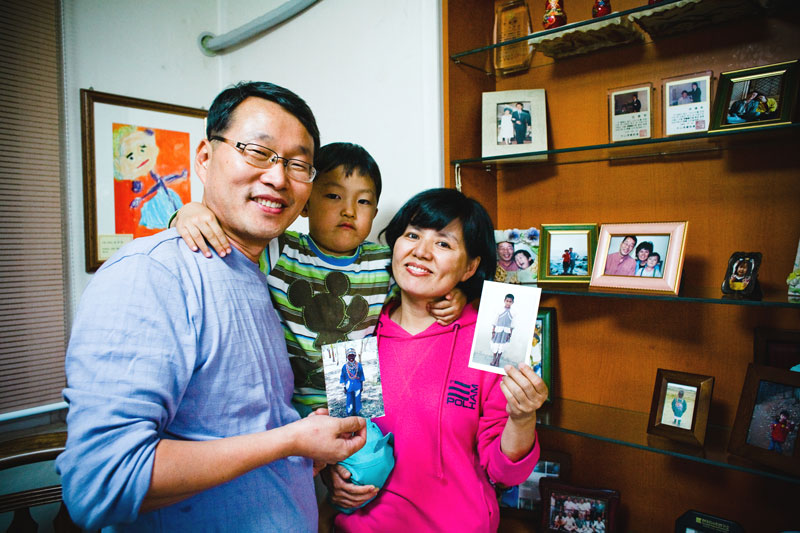 The church in South Korea will continue to play a pivotal role in the region, particularly with neighbouring North Korea. There are already over 200 churches in South Korea and abroad that are looking for ways to reach the oppressed and vulnerable children in the North. Events such as the North Korea Ministry Summit in 2015, hosted by Compassion Korea, demonstrate the role South Korea will play in the region in the years to come!

Looking back at history can provide us with valuable lessons for the future. Deep in the history of South Korea’s war, pain and development is also a story of the unending hope of Christ, the value of children and the strength of the local church. Now, you’ll have plenty to share the next time ‘South Korea’ is mentioned.