Compassion started working in Bangladesh in 2003.

882
mums and their babies supported

Bangladesh has experienced varying levels of lockdown and quarantine restrictions throughout the COVID-19 pandemic. Schools, churches and other community centres remained closed for a significant period of time to prevent the spread of the virus. One of the biggest issues facing the Bangladeshi population throughout the pandemic has been food insecurity, with many families losing their source of income completely. Cyclone Amphan, which struck the southern coast of Bangladesh in May 2020, was a devastating challenge for families already living through the stress of the COVID-19 pandemic.

Since the beginning of the pandemic, local workers have distributed over 570,300 food packs and over 711,133 hygiene kits to help families in poverty. Local partners have maintained regular contact with children and their caregivers during lockdown through home visits, small group gatherings and phone calls.

Without access to scanners, printers and the regular computers at their offices, local staff were not able to process letters between sponsored children and supporters as quickly. National courier services to deliver letters to children were also interrupted by the pandemic. Local staff are now able to access their offices in limited numbers on rotation and they are working hard to print, translate and process letters as quickly as they can.

Watch the latest video update from Bangladesh below to learn more. 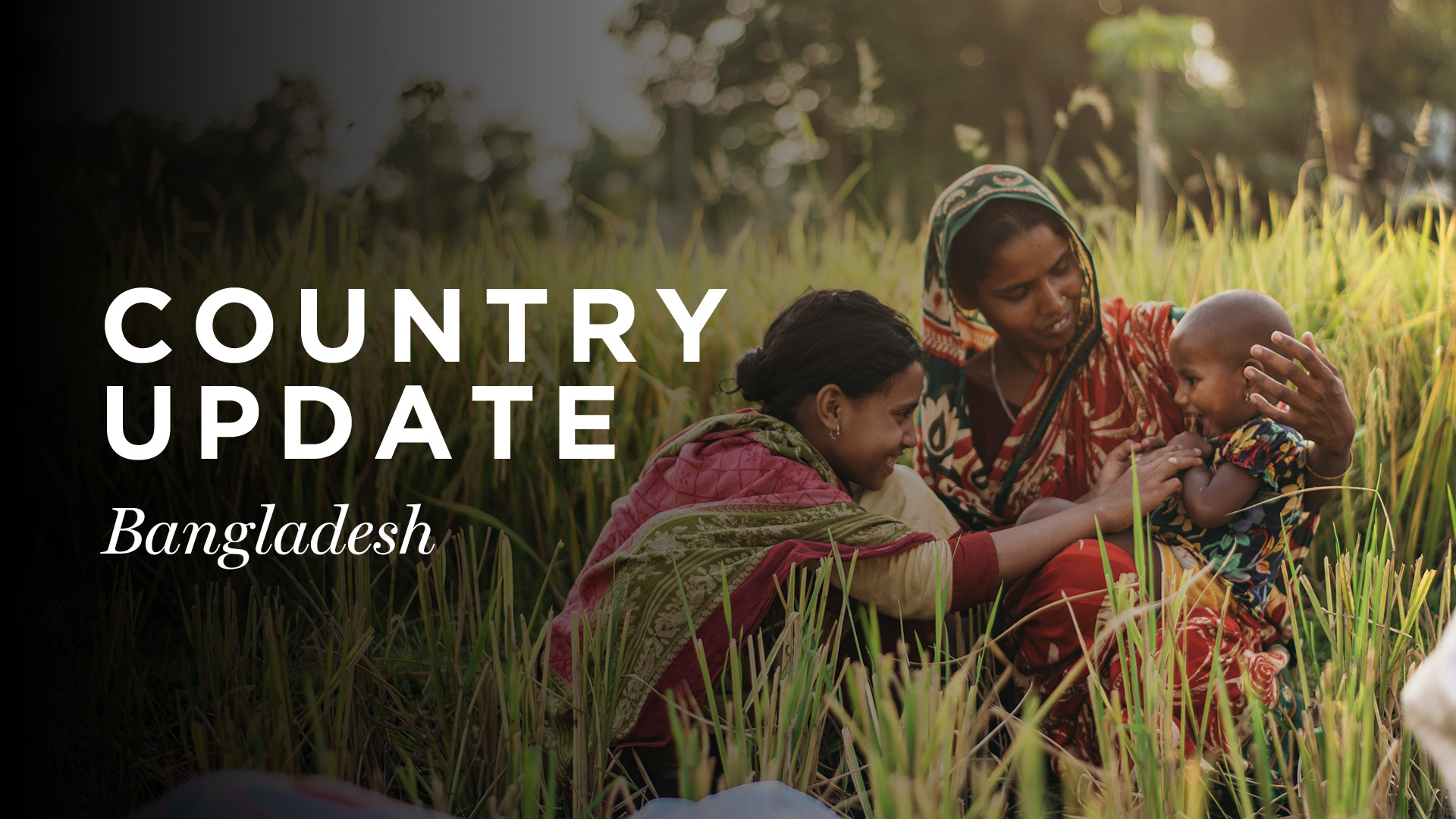 How is Compassion currently operating in Bangladesh?

Thank you for praying for staff, children and families in Bangladesh. 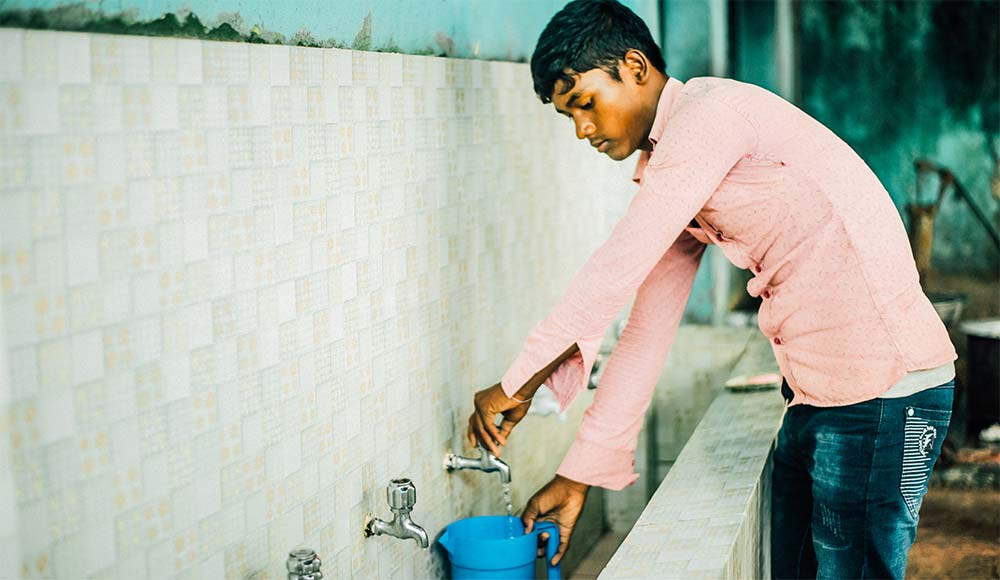 The Fresh Relief of Safe Water

In the northern villages of Bangladesh, the communal pond is a favourite for locals who use its waters to wash clothes, water rice fields and bathe cattle. And for teens such as 15-year-old Basudeb, it’s the only spot to take a dip with friends to find relief from the roasting heat. But since the COVID-19 pandemic hit and social distancing became essential, accessing the once popular communal pond proved to be risky.   Read more open_in_new

The Fresh Relief of Safe Water

In the northern villages of Bangladesh, the communal pond is a favourite for locals who use its waters to wash clothes, water rice fields and bathe cattle. And for teens such as 15-year-old Basudeb, it’s the only spot to take a dip with friends to find relief from the roasting heat.

But since the COVID-19 pandemic hit and social distancing became essential, accessing the once popular communal pond proved to be risky.

To ensure the safety of the community, staff from Rajuria child development centre distributed leaflets outlining the appropriate measures to take to prevent the spread of COVID-19. But despite these efforts, locals found it difficult to stay away from the pond.

“When we first distributed the leaflets, its instructions fell on deaf ears,” says Rabindra, the project facilitator. “Only when we were asked to temporarily close the child development centre, did the parents feel the true urgency of the crisis.”

Access to clean water became increasingly difficult. Summer came early, evaporating the groundwater, which left muddy water from tube wells as the only viable option. But a gift changed everything.

Through Compassion’s Critical Need funds, Rajuria Child Development Centre were able to construct a water tank and basin to support the children and the wider community. The underground pump and tube-well system is located outside the gates of the child development centre, allowing over 500 families to safely access fresh water.

Please note: Due to the current pandemic, some child development centres in Bangladesh are operating differently to abide by local restrictions and guidelines. Local partners continue to meet the urgent needs of the children through home-based care or by meeting in small groups.

A snapshot of Compassion's Child Sponsorship Program in Bangladesh 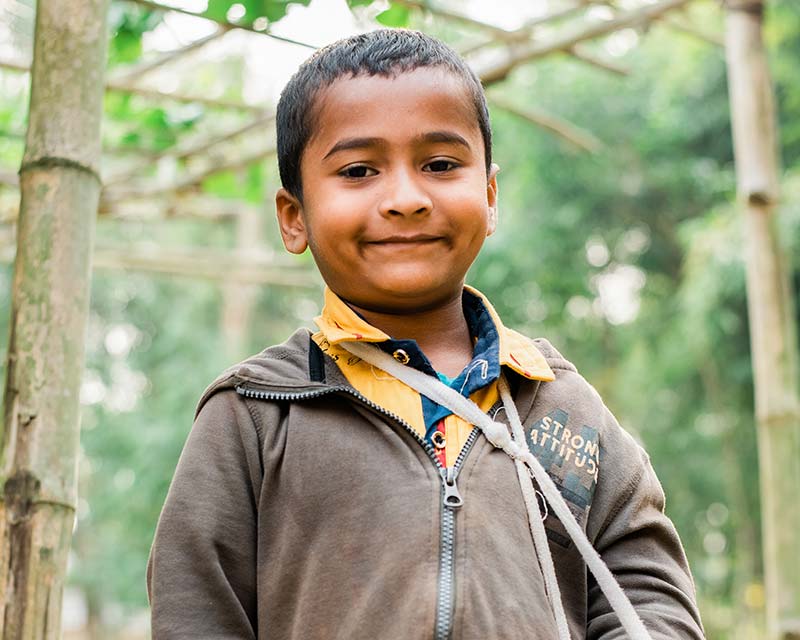 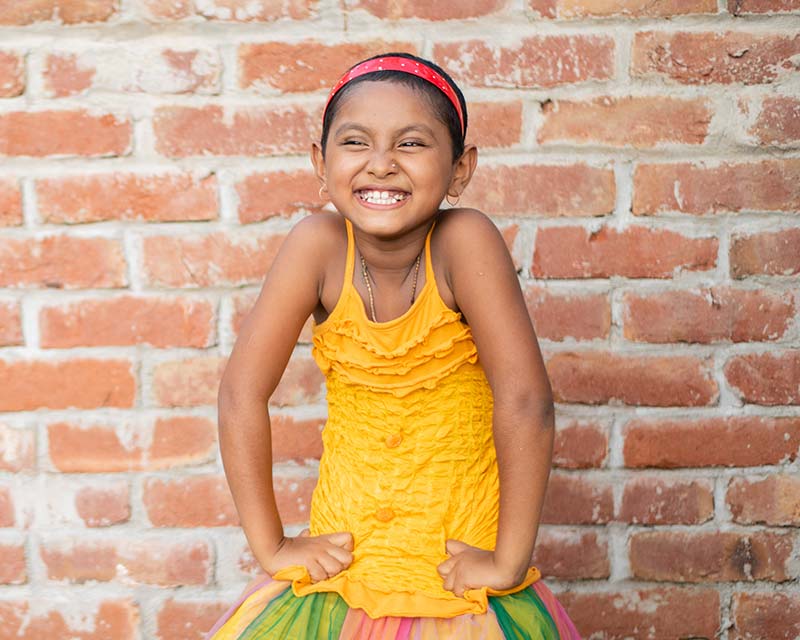 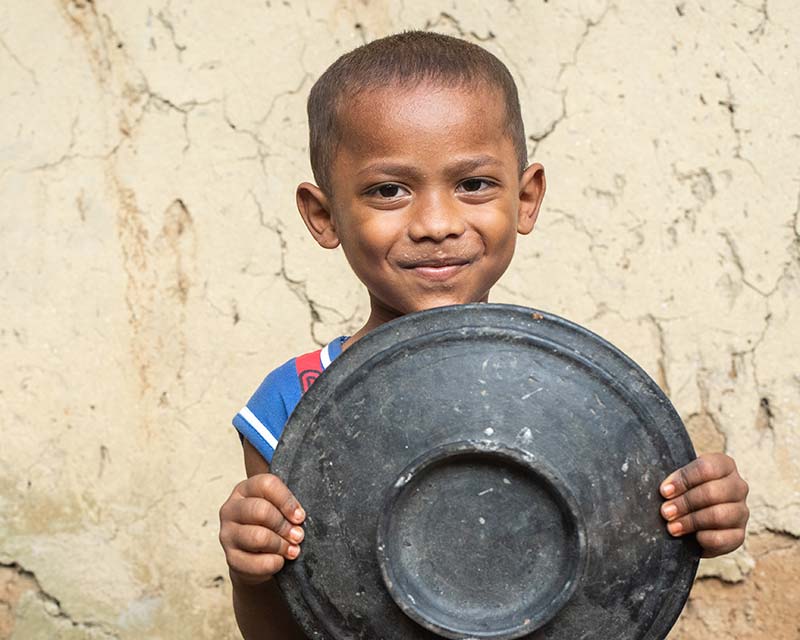 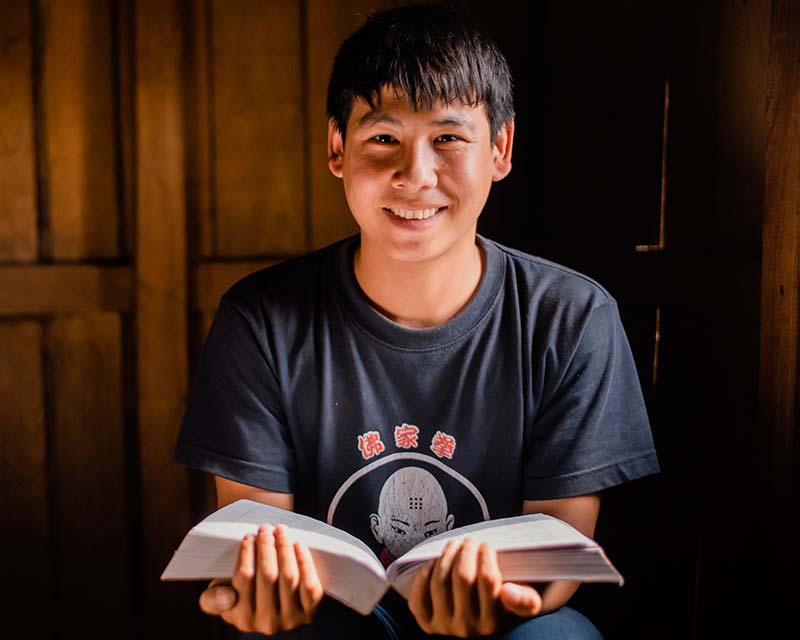 Children are also encouraged to participate in extracurricular activities, such as singing, dance, drawing and drama. Children play outdoor games such as football, cricket and volleyball. Parents of Compassion assisted children meet once a month to learn a variety of topics.

The greatest needs impacting children living in poverty in Bangladesh

of people over 15 cannot read or write

Formerly East Pakistan, Bangladesh was born out of conflict in the region and founded in its modern form in 1971.

A predominantly Muslim nation, it’s one of the world’s most densely populated countries, with more than 160 million people living in a land area roughly two-thirds the size of Victoria. Most of the land is low-lying delta and is vulnerable to flooding. Bangladesh is also regularly affected by tropical storms and heavy monsoonal rain that contributes to these flood events.

Most of the population relies on farming to make a living, with agriculture accounting for almost half of the country’s economy. Major crops include rice, jute and tea. Farming is growing increasingly difficult as rising seas destroy farmland in low-lying areas, inundating and salting the land and making it unfit for crops.

In recent years, urban areas—especially Dhaka, the capital—have experienced a population surge as many rural communities have found life increasingly difficult in their hometowns.

This has led to the growth of urban slums around major cities, as families come looking for safer ground on which to build a home and the prospect of work to build a life. But in these slums, children are more vulnerable to malnutrition, child labour, child marriage, violence, abuse, poor sanitation and pollution.

Despite a government focus on education and healthcare in recent years, the poorest families struggle to get access to the classroom or to a doctor. Around 15 per cent of the population lives in extreme poverty (less than US$1.90 per day) and around 85 per cent live on less than US$5.50 per day.

Yet local partners are at work, serving the children of their communities and sharing a hope more powerful than poverty.

SPONSOR A CHILD IN Bangladesh keyboard_arrow_right

17 Beautiful Portraits of Motherhood Around the World

Meet 17 mothers, sisters, aunties and grandmothers who prove love is the strongest force in the world. .. Read more