In The Face of Overwhelming Loss, Hannah Found Hope

This is Hannah from the Philippines. She was abandoned by her mother as a baby and her father died when she was two years old. Each day is a struggle for survival.

In a small shack that perches above a polluted river, 16-year-old Hannah lives with her grandmother Edna and her two siblings. In a slum-like village in Malabon, the Philippines, their house is the worst among them. Raw sewage and rubbish run beneath their makeshift floor. They must balance across a rickety plank to get into their humble home.

Life has always been difficult for Hannah. She was just two months old when her mother left them for another family, leaving Hannah’s father to care for her and her two siblings. “Hannah’s father was loving. He would carry his three children in his arms,” says Edna.

But sadly, when Hannah was two years old, her father died from a sudden heart attack. Losing the primary breadwinner when living in poverty brings further hardship. Every day becomes a greater struggle, with putting food on the table the biggest challenge. Many days would go by where there was no food to eat and they were forced to borrow food from friends and neighbours. Sometimes, Hannah would eat salt purely to taste something again. 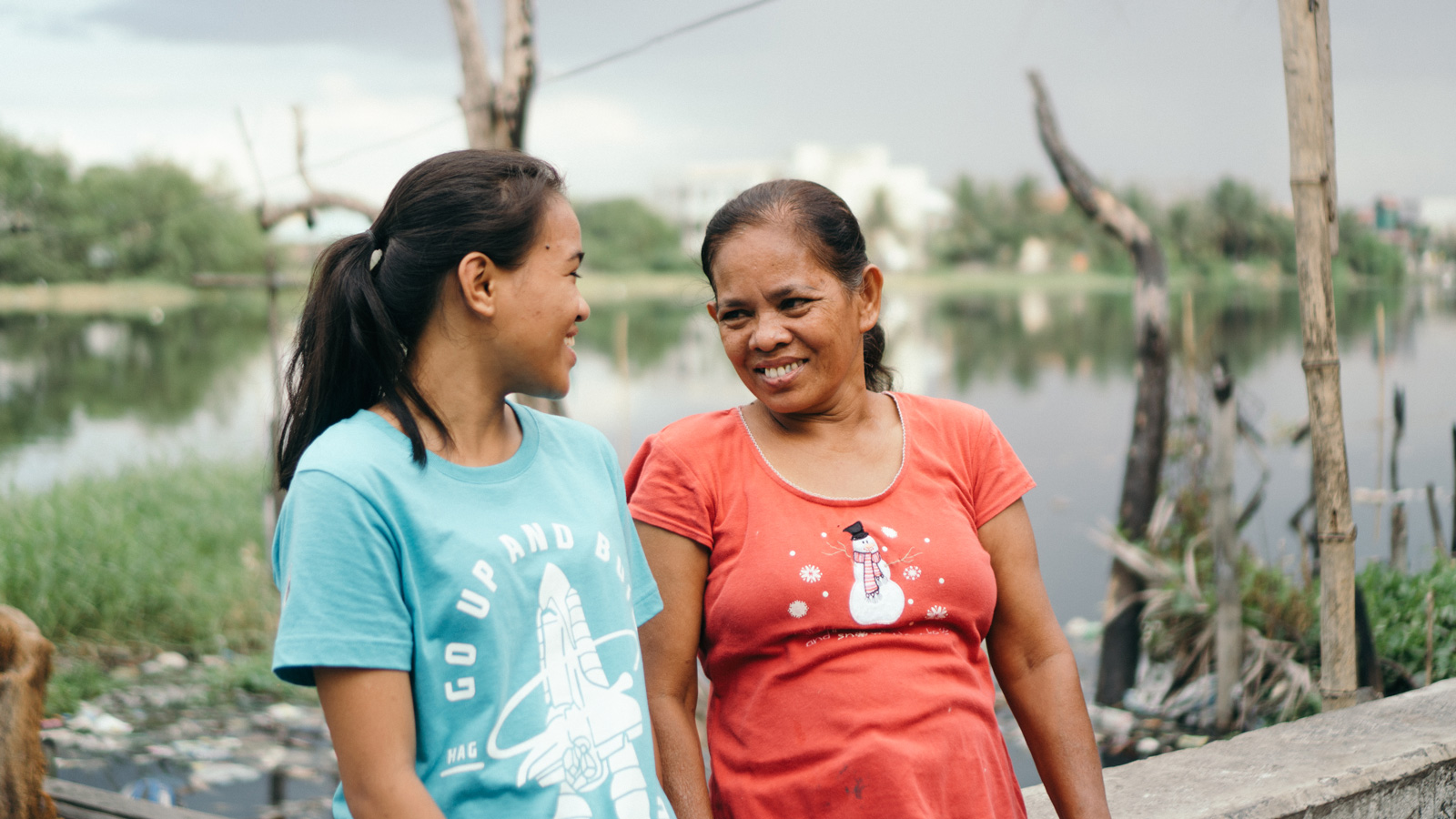 With nowhere left to go, Hannah and her siblings moved in with their grandmother.

“Our problem was how to raise the children. Their grandfather was the only one working, and he’s already old,” shares Edna. “When he retired, I started to worry. I told Hannah to go and live with her Uncle but she told us she didn’t want to leave us.”

When her husband died, Edna didn’t know how she would be able to care for Hannah. The pastor from the local church saw their need and registered Hannah into their Compassion Child Sponsorship Program at PH0602 Malabon Child Development Centre when she was six years old.

In a centre attended by children living in poverty, Hannah is one of the poorest of them all. 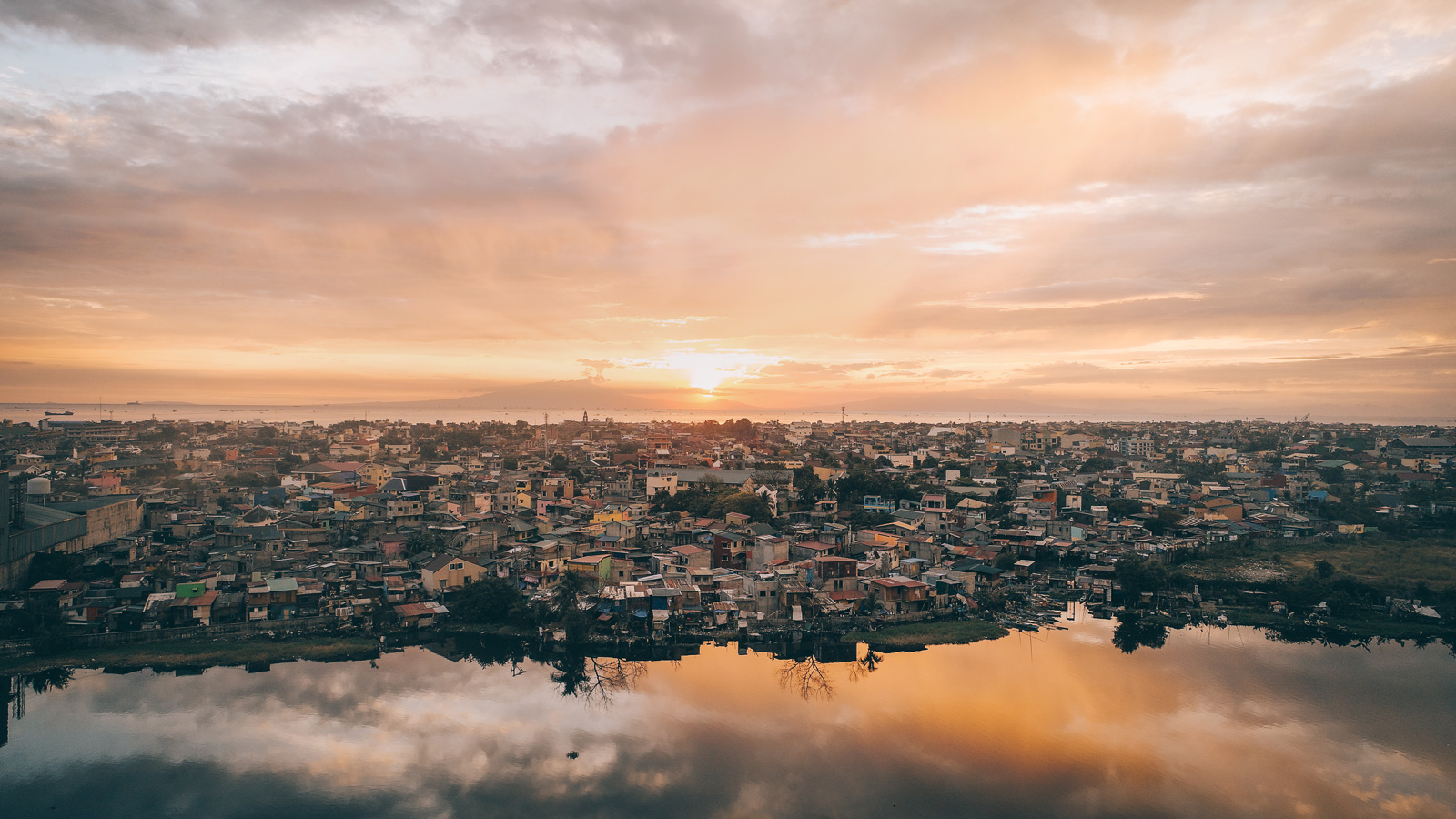 “There are many problems that they face in this area: drinking, high rate of teenage pregnancy and petty gambling,” says Minerva Zamora, centre director of Malabon Child Development Centre. “The first time I saw Hannah’s place, my heart really sank because I really couldn’t imagine living in that place every day. The place is smelly, lots of garbage. It’s not healthy to live there.”

Initially, Hannah resisted opening up to the staff and other children. “When I first joined the Compassion project, I only attended because it was required. I didn’t make friends,” she says.

Hannah was bitter at the hand life had dealt her and struggled to forgive her mother for leaving the family.

“I was mad and I blamed her for leaving us. I had a family but it’s different if your mother isn’t there—if your father isn’t around,” says Hannah through tears. “I hated that my friends were happy because they had families.”

But Hannah’s walls of resentment were slowly but surely broken down through the support of Compassion and the local church. It was at a camp that Hannah experienced breakthrough.

“The topic was about bitterness towards our parents,” she explains. “We were asked to surrender it to the Lord. It was there I was released. I realised perhaps it was God’s plan.”

Hannah was shaken awake by her brother-in-law at 4am. He hurried Hannah, her siblings and Edna out of their home. Still half asleep, Hannah couldn’t understand what was happening. She smelt it before she saw it: fire.

The fire began behind their house and the wind fanned the blaze. Their home was the first in the neighbourhood to be consumed by the flames.

“All I heard was screaming. Gas tanks were exploding so the fire got bigger. Everything was in chaos. I couldn’t save anything from the fire—school uniform, Bible, letters from my sponsor—nothing, not even a change of clothes,” says Hannah.

“I thought about my friends. I realised their houses were near ours, so I prayed Let our [house] be destroyed, Lord, spare them. They were spared.”

In just a few hours, over 300 homes were destroyed. Hannah was one of 47 Compassion assisted children whose homes were lost in the fire.

“All that was left were ashes. Even the timber and iron were burnt to the ground,” says Edna. 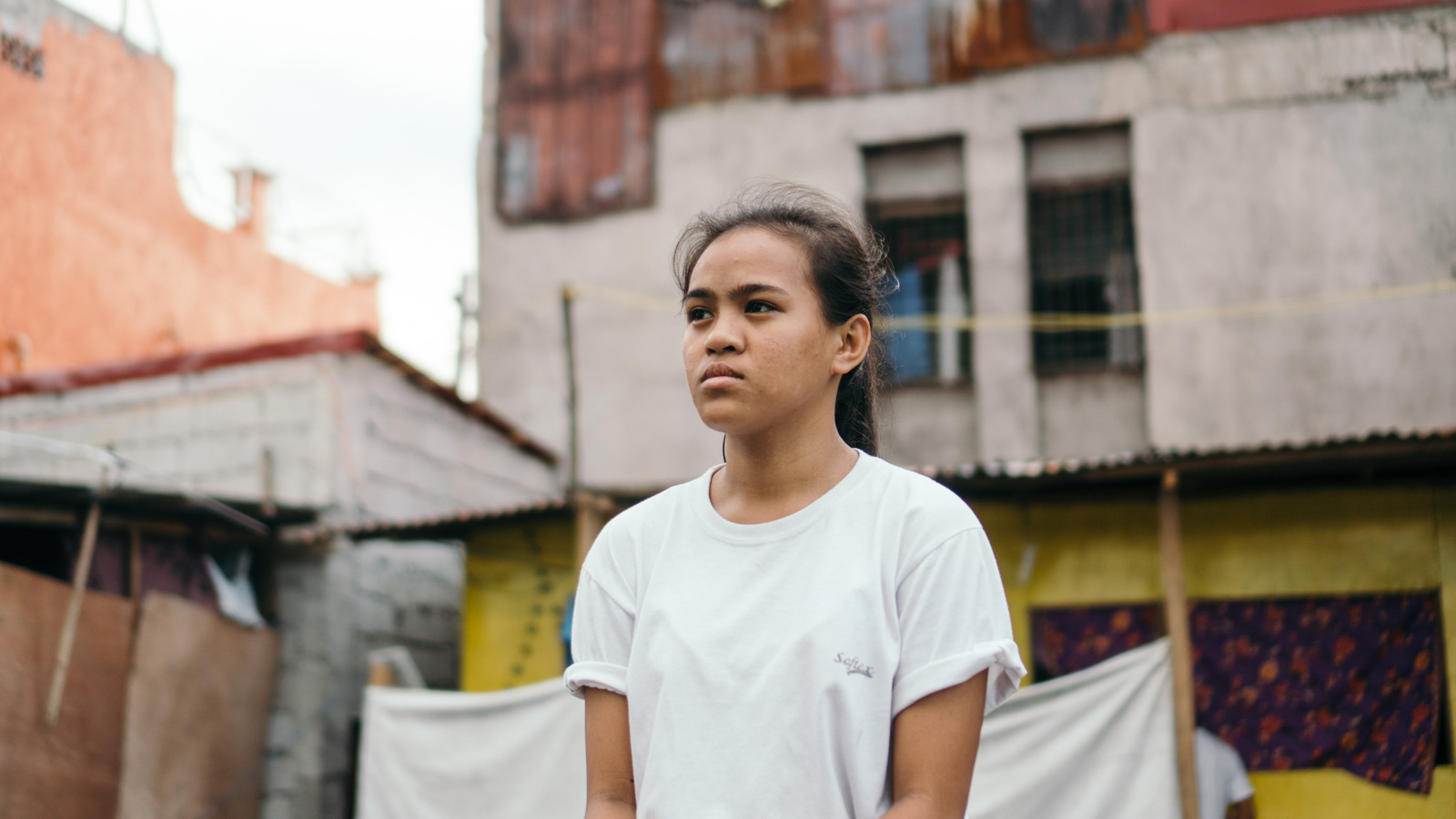 Because she was supported through the local church, Hannah and Edna were cared for in the aftermath, as Compassion met their immediate needs. Their house was rebuilt, they were provided with a stove, food to cook and eat, clothing and other things they needed while in temporary accommodation. But beyond material things, the church provided Hannah with so much more.

“The fire somehow helped me start doing devotions daily. I pray more often. Unlike before, I would do devotions and pray only out of whim. After the fire, my faith became stronger. The fire can destroy material things but (in my experience), the fire made me become stronger in God,” says Hannah.

Reflecting on the tragedy that has occurred in her short life, Hannah could easily have listened to the lies of poverty telling her that life would always be this way. Instead, she is filled with hope through her relationship with Jesus.

“We have hope in Jesus. In the Bible stories, the characters experienced problems and struggles in life but God gave them hope to overcome. You don't have to give up because He's always there to help. Hope is more powerful than trials, than poverty, because with hope it won't be easy for you to give up,” she says.

With her faith strengthened, Hannah explored other avenues to express her love for Jesus. She began mentoring young girls in her neighbourhood. With the little money she has, she diligently saves so she can buy them soup as an outworking of her love for them.

Hannah is heavily involved in church ministry, volunteering for anything and everything. It was through church that Hannah discovered her love for dance.

“I dance because God gave me this talent. I dance for His praise for without Him, I wouldn't have this gift. Through dancing, I'm able to release all my emotions. It also ministers to other people because I interpret for them the message of the song,” says Hannah.

Hannah has lived a life marked by tragedy, but you wouldn’t know it when you meet her. She is filled with a hope more powerful than poverty. Hannah experienced spiritual transformation as a result of the care of her local church and Compassion where she was introduced to the love of Jesus. Dealt with some of the harshest conditions life has to offer, instead of choosing despair, Hannah made the courageous decision to pursue hope.

“I want to encourage you to stand in faith, whatever struggle you go through,” she says. “Continue to put your trust in God because He will never leave us, and He will help us in times of need. In good times and bad times, He’s always there for us.” 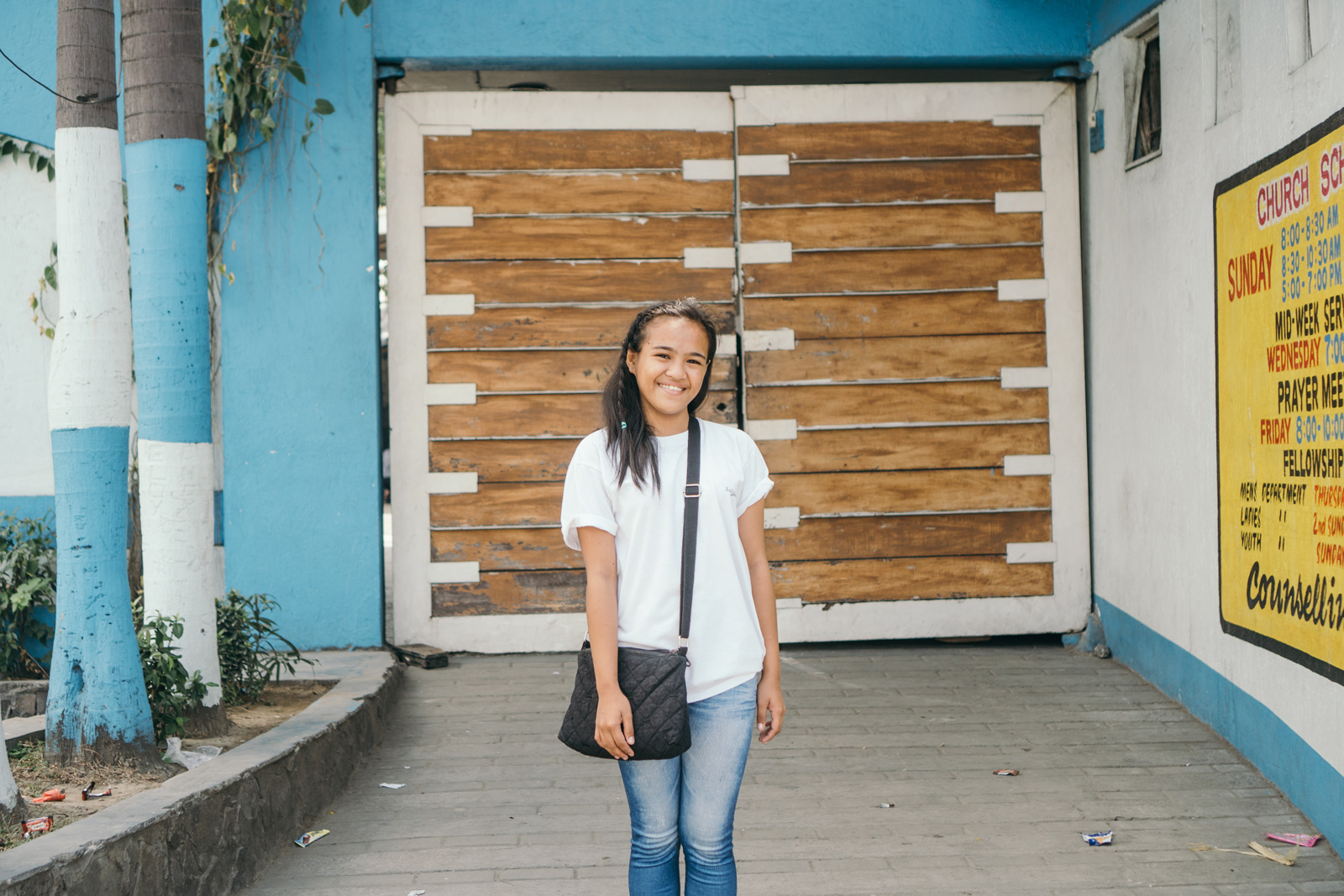 Poverty’s lies are strong, but you can make a difference. Show a child, like Hannah, that there is hope and freedom for them.

Sponsor a child and give a hope more powerful than poverty.