1,771
mums and their babies supported

While Uganda's strict curfews and restrictions have begun to ease, local hospitals have been overwhelmed by patients requiring critical care throughout the COVID-19 pandemic. Many people have slipped back into poverty as a result of the crisis.

Local church partners in Uganda have operated at a variety of capacities during this time, based on the government guidelines in their area. Most child development centres have been meeting in smaller groups or virtually to prevent the spread of the virus. Staff also conduct home visits to assess the wellbeing of children and their familes. Since the beginning of the pandemic, local workers have delivered over 326,000 food packs and 893,000 hygiene kits.

Watch the latest video update below from our global neighbours in Uganda to learn more. 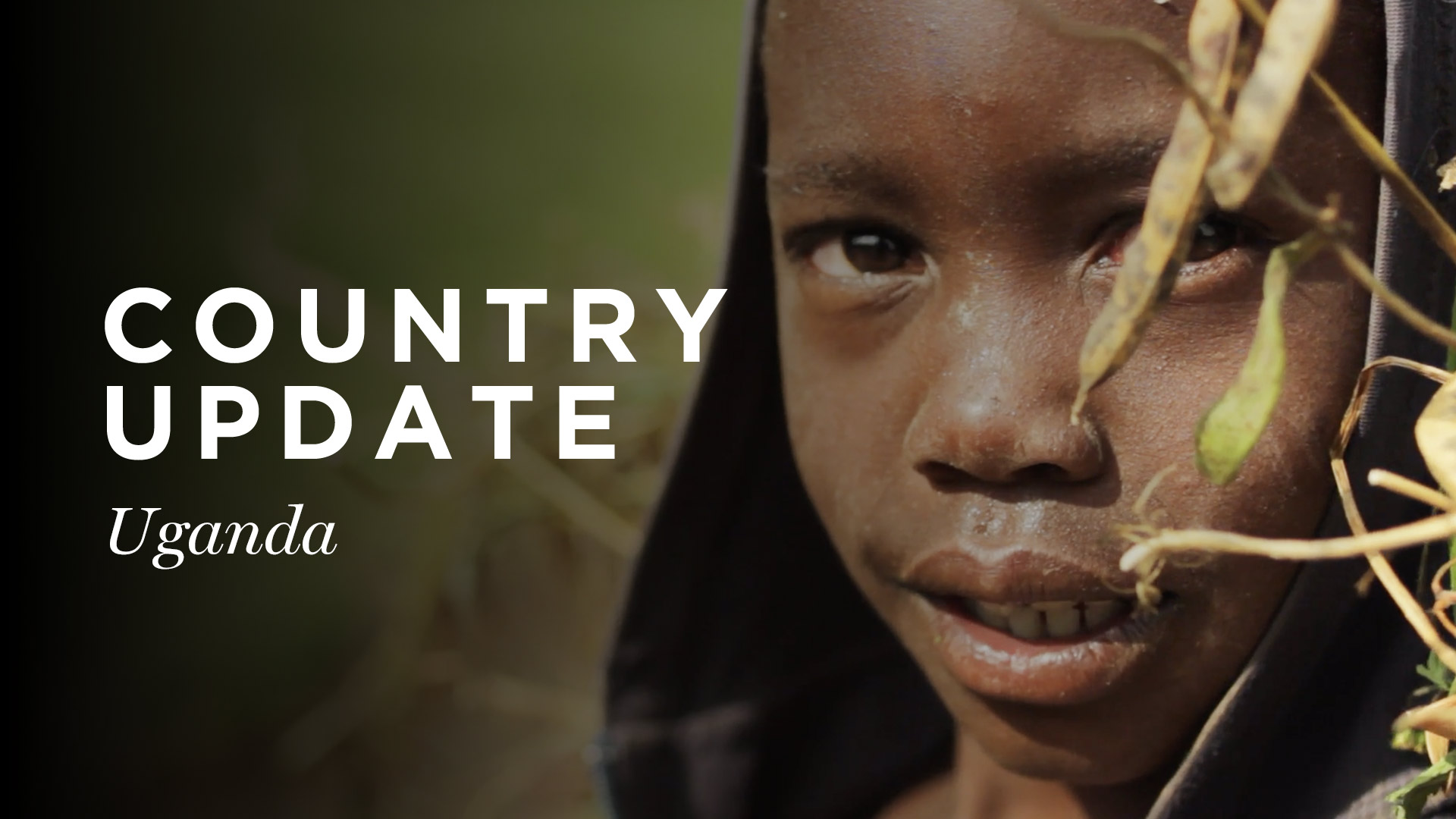 How is Compassion currently operating in Uganda?

Thank you for praying for the children, families and local church partners we serve in Uganda! 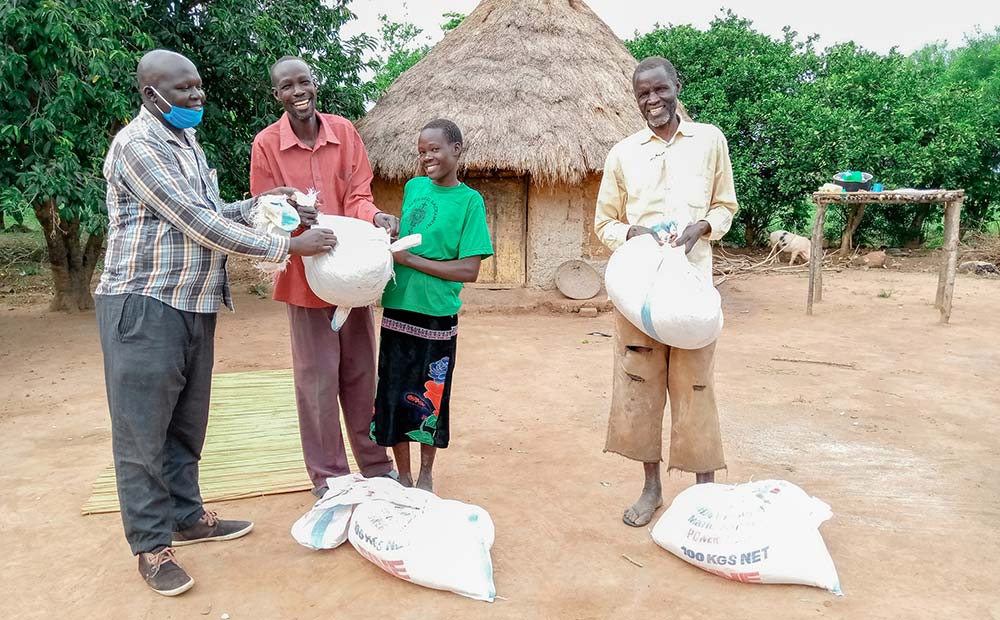 Food relief for families in Uganda

The lockdown restrictions in Uganda to prevent the spread of COVID-19 saw Obbo lose his job as a cook in a school. “I tried to look for work. However, the rich who can hire fear COVID-19 and wouldn’t hire me,” says Obbo. “The rich are fearful of COVID-19; the poor fear hunger.”   Read more open_in_new

Food relief for families in Uganda

The lockdown restrictions in Uganda to prevent the spread of COVID-19 saw Obbo lose his job as a cook in a school.

“I tried to look for work. However, the rich who can hire fear COVID-19 and wouldn’t hire me,” says Obbo. “The rich are fearful of COVID-19, the poor fear hunger.”

Despite careful rationing, the family ran out of food in just two weeks. But as Obbo’s daughter, Angella, is registered with Compassion’s Child Sponsorship Program at the local church, the family received a food package to help.

Just a week later, authorities restricted individuals and organisations from distributing food in an attempt to stop exploitation and corruption. Until the aid could be distributed by the government, families like Obbo’s were in a desperate situation.

Compassion Uganda was able to meet with the national task force and received special permission to distribute food to families registered with the Child Sponsorship Program. This saw local churches at the forefront of food distribution across the country. Children whose parents’ livelihoods were affected received 25 kilograms of cornflour and 15 kilograms of beans—enough food to support an average Ugandan family for a month.

“When Obbo was informed about the food, he cried tears of joy on his knees, blessing the Lord and thanking the church and Compassion for the miraculous rescue of his family,” says Gertrude, the local Compassion centre director.

Obbo has been taking advantage of the rain in his community to plant sweet potatoes as a future source of food for his family. He cannot control how long the restrictions will last, but he knows that his church and Compassion will be there all the way to care for him and his family.

Please note: Due to the current pandemic, some child development centres in Uganda are still meeting in smaller groups or conducting home visits.

A snapshot of Compassion's Child Sponsorship Program in Uganda 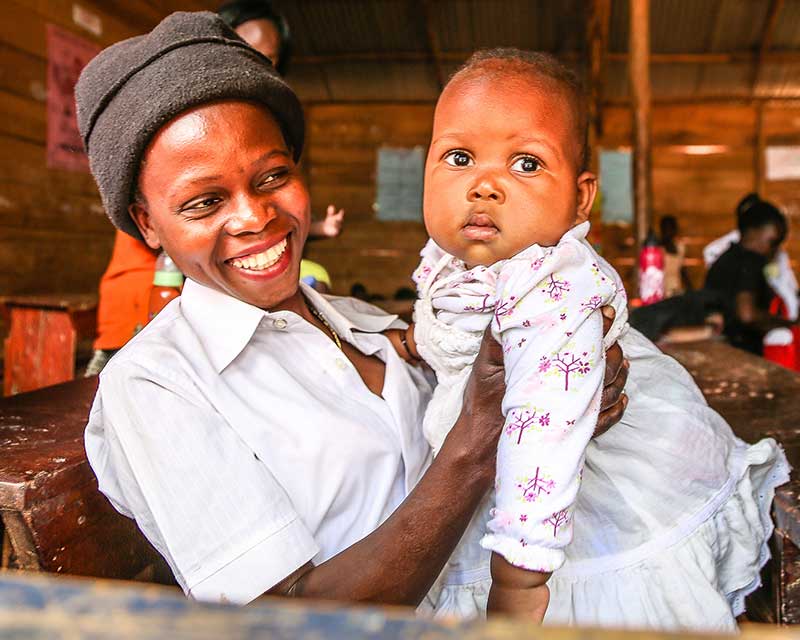 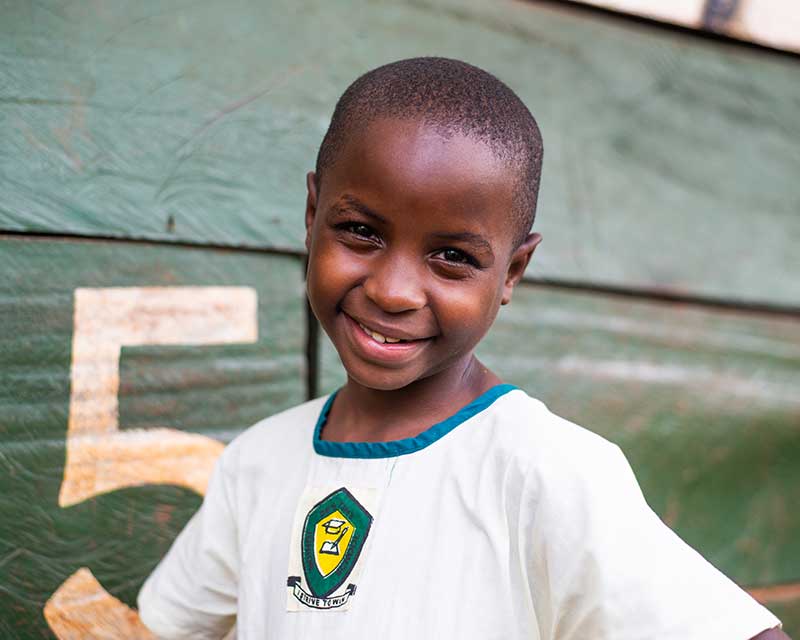 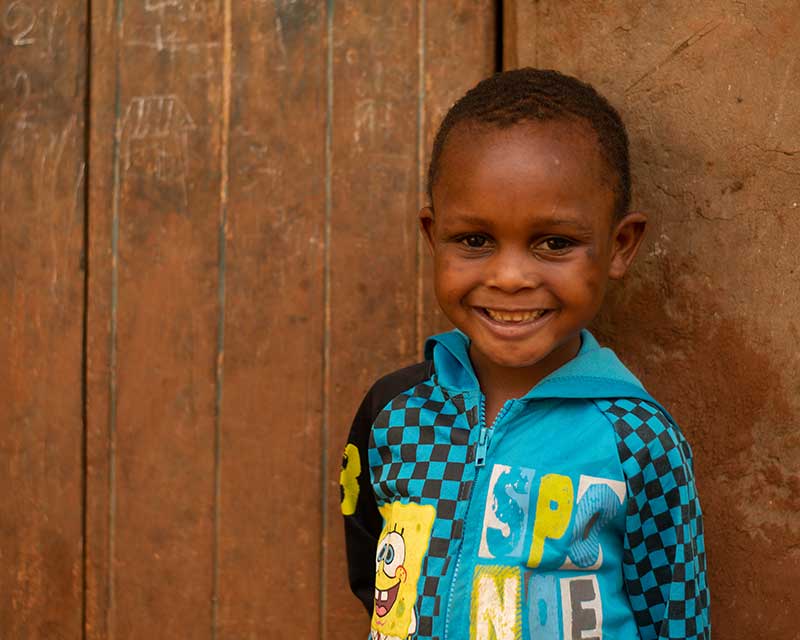 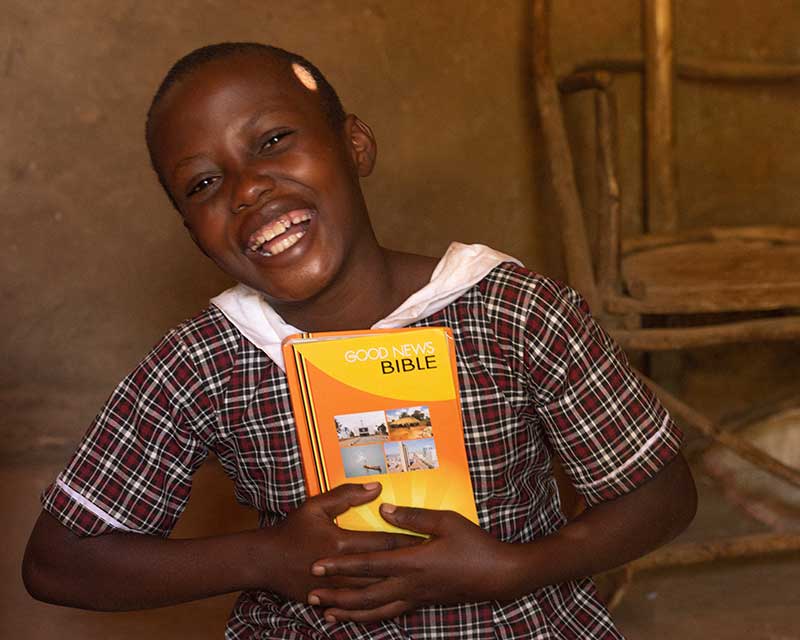 Compassion assisted children in Uganda typically attend program activities at their local child development centre on Saturdays. Here is an example of what a typical program day looks like for children in Uganda.

9:30am - Spiritual lessons, in which children sing songs and learn Bible stories.

10:30am - Break time, when children can play in a safe environment and develop friendships. They are usually provided with a nutritional snack, such as tea, porridge and a bun.

11:00am - Social-emotional lessons ranging from conflict resolution to developing healthy self-esteem and a godly character. Children are taught social and personal skills.

12:00pm - Lunch time where the meal often consists of maize, rice or plantains with beans, peas or beef.

Students can elect vocational training skills, such as carpentry, tailoring, and mat making. Parents are also offered monthly classes on adult literacy and quarterly training on topics such as hygiene, parenting and income generation activities.

The greatest needs impacting children living in poverty in Uganda

Uganda has been free from colonial occupation for more than 50 years. That time has not been easy, yet the nation is slowly climbing out of the mire of political feuds, protracted conflict, and longstanding problems of corruption. It is now known as one of the strongest African economies and a place where poverty is on the retreat. However, the impacts of COVID-19 pose a significant threat to Uganda's economic growth and its recent gains in health development.

Many locals continue to deal with the aftermath of the brutal two-decade long civil war which terrorised the country’s north. The war, between rebel group the Lord’s Resistance Army (LRA), led by Joseph Kony, and government forces, remains Africa’s longest-running armed conflict. During their 26-year reign of terror, the LRA abducted more than 30,000 children, forcing them to become soldiers, weapon carriers, and sex slaves.

Since the LRA was pushed out of Uganda—and into neighbouring countries—in 2006, the majority of the 1.8 million people displaced by their violence have returned home or resettled. However, a generation of young people is scarred by the war. The process of rehabilitating displaced or traumatised children, women and men and reintegrating them back into society is made even more difficult by a lack of resources.

The refugee population in Uganda currently stands at approximately 1.2 million, a figure that has nearly tripled since 2016. This massive influx has made Uganda the largest refugee host in Africa and placed significant strain on social services, amenities and access to employment.

Despite the nation’s progress in the fight against HIV/AIDS over the last two decades, HIV continues to disproportionately affect adolescents, especially girls. Access to medical treatment is improving but is still a struggle for many, especially in rural areas.

Presidential elections were held in January 2021 and were preceded by political violence and unrest. President Yoweri Museveni was re-elected and has now led the nation for more than 30 years, having first come to power in 1986 when he led the National Resistance Army in a guerrilla war against then-President Milton Obote.

Meanwhile, local churches are hard at work, reaching out to the poorest children and their families and sharing a hope more powerful than poverty.

SPONSOR A CHILD IN Uganda keyboard_arrow_right

After taking the world stage at Eurovision, it was assumed that runner-up and crowd favourite Dami Im would stay in Europe to capitalise on her success. Instead, mere weeks later, Dami jumped on a plane to Uganda to meet her sponsored child, Jovia. Watch their beautiful meeting... Read more

It’s not every day that you hear a birth story including a motorbike! Meet Samuel, Grace and Patience. These adorable triplets from Uganda have quite the story behind their birth... Read more